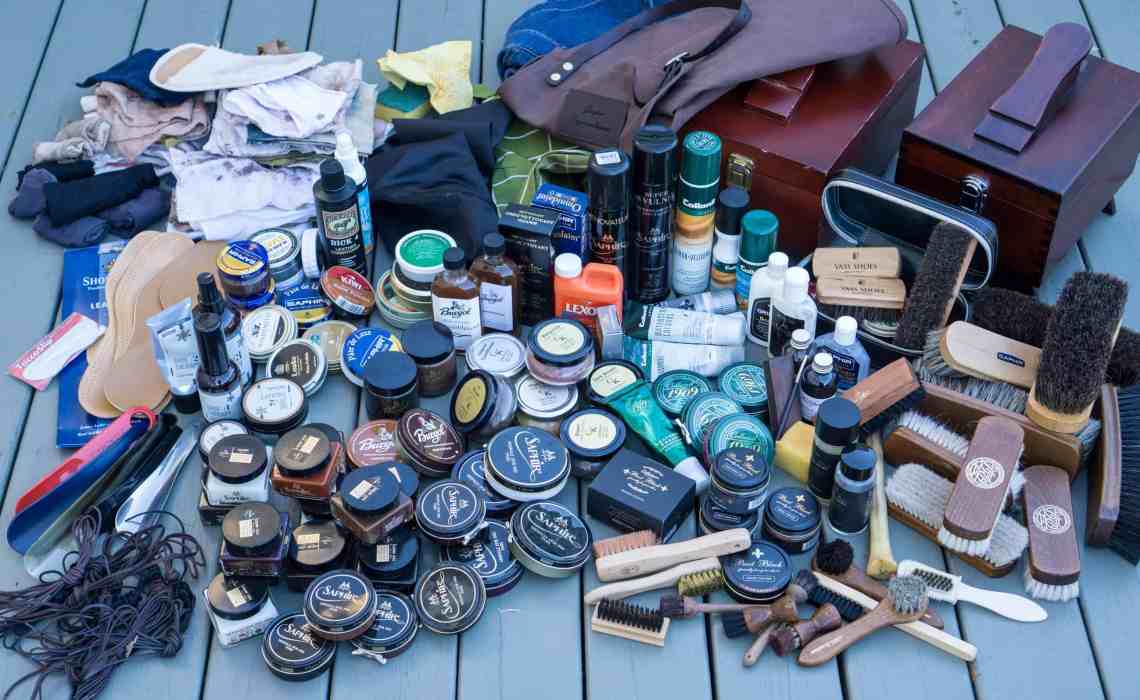 The other week I sorted among my shoe care stuff, and took the opportunity to gather everything for a photo session. So here’s a bunch of pictures of creams, wax tins, brushes and other shoe care stuff from a number of manufacturers.

It can perhaps be seen as extremely unnecessary to have so much stuff that I have, and sure, it’s not like I just use everything regularly, but surprisingly much is used every once in a while. I like using different things, to not go with the same cream or polish manufacturer all the time for example, and often I just take what’s lying on top. Besides the two valet boxes in the picture, I have two cardboard boxes where the stuff is sorted in different ways. I have many brushes and cloths, basically a set in each box, plus a set in the laundry room, to avoid having tosearch for brushes and cloths all the time. 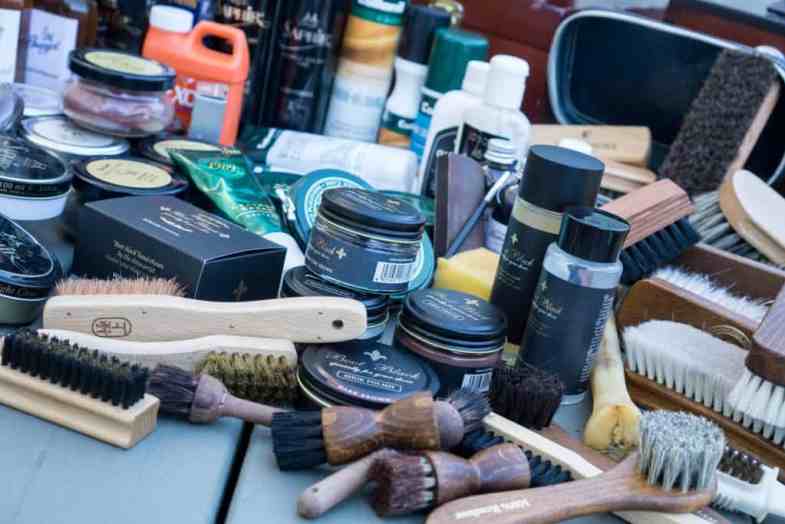 Japanese Boot Black is the latest addition of brands I’ve tried, who have nice stuff and a wide variety of  products. Will be reviewed later this year. The brand I own most cream and waxes from i Saphir’s Medaille d’Or range. 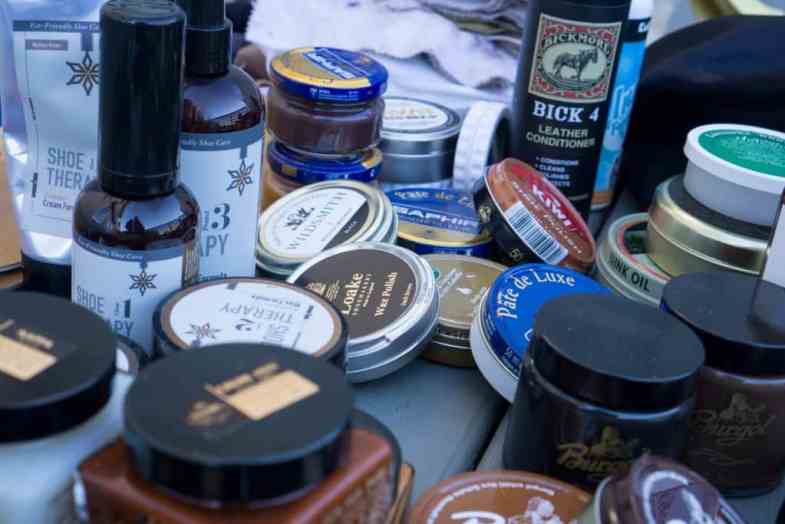 Wax tins from various brands, Burgol’s nice shoe cream, and the ecologic range Shoe Therapy from Springyard (which also will be reviewed later on). 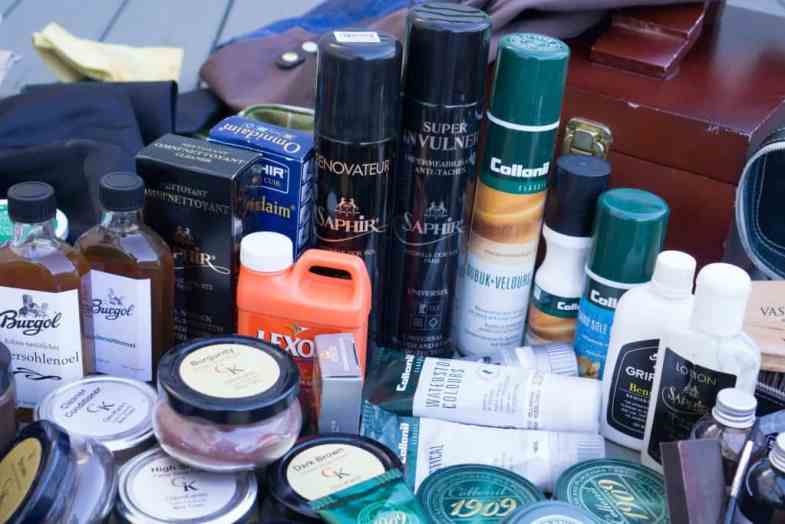 A bunch of brushes, not least several of my favourite, a goat hair brush from Collonil. Piles of polishing cloths, maybe a bit many and some was thrown away, but I do like used cloths better, they are easier to work with. 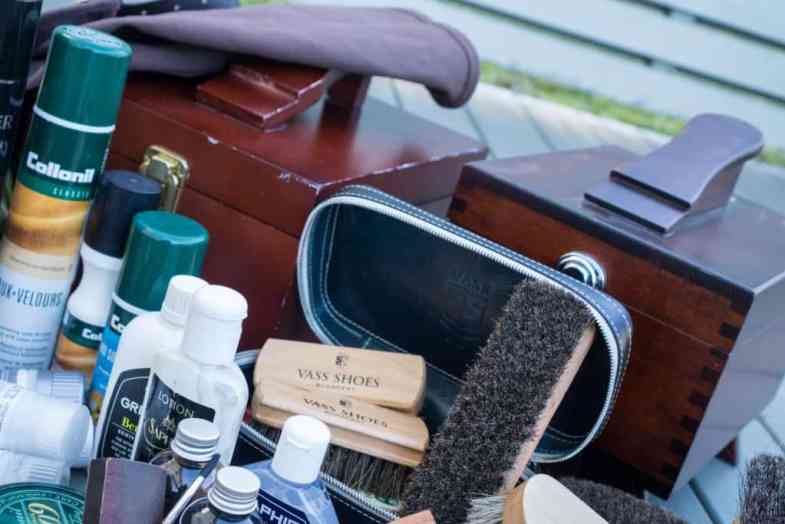 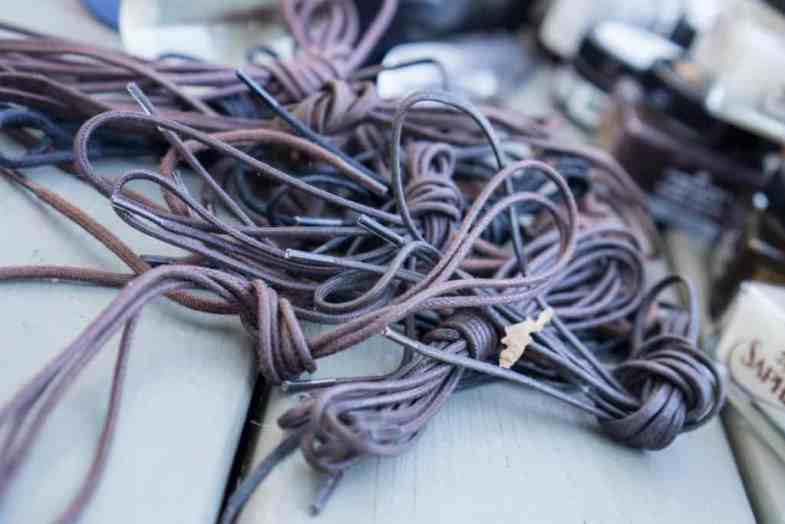 It’s always good to have some spare laces laying around, especially if one like I don’t like the flat ones that often are used nowadays.