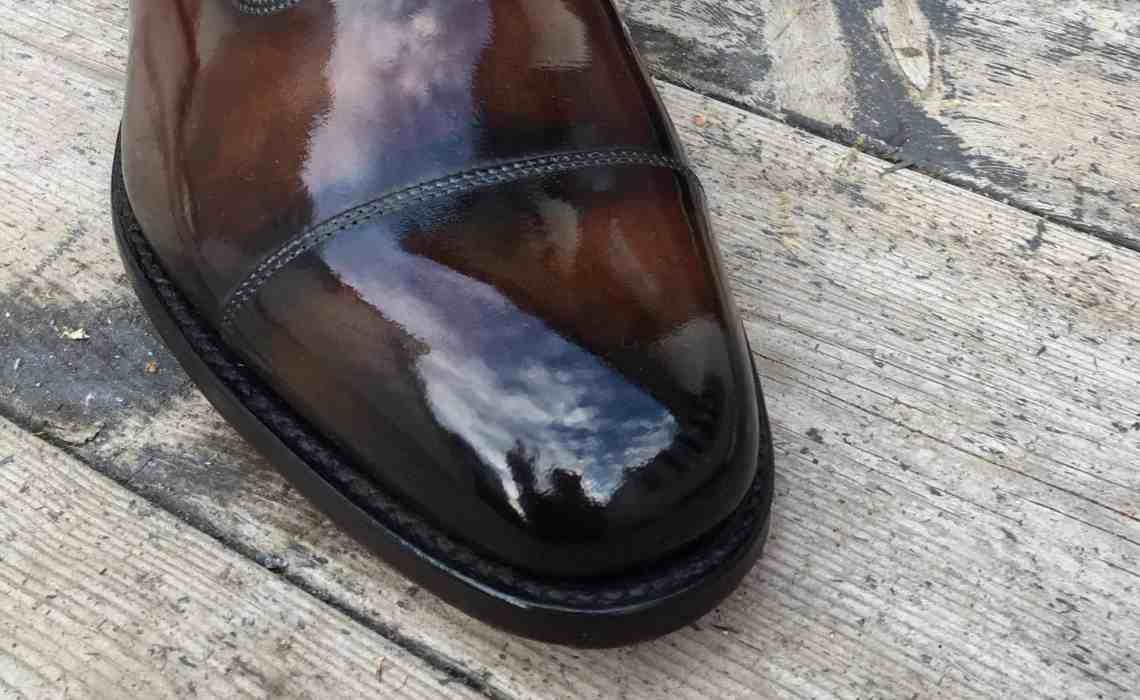 The three finalists for the World Championships in Shoe Shining have now been settled, which will battle it out at the London Super Trunk Show on May 13. There they will have 20 minutes to polish up a shoe as nice as possible.

In this post you can read everything about the big event. One of the highlights will be the shoe shining final, which is held in collaboration with Saphir, where the winner will receive a pair of shoes from Loake. To summarise things, at the final one Loake 1880 Aldwych in tan is to be polished as beautiful as possible in 20 minutes time.  The finalists will have a can of Saphir Medaille d’Or Pate de Lux in the colour of their choice, water, a brush, a polishing cloth and a nylon cloth. We’ll not only look at the highest shine, but the most beautiful polish work is rewarded. The winner will be titled the World Champion in Shoe Shining 2017, and gets to keep the shoe he has polished and its sibling. The jury at the final, and in this qualification, is Jesper Ingevaldsson of Shoegazing, Justin FitzPatrick of The Shoe Snob, Marc Moura, President of Avel, the company behind Saphir, and Filip Hallerfelt, Scandinavian Agent for Loake.

To qualify one should send in a picture of a well polished shoe (you can read more about the qualification here). We had almost 20 submissions sent in, from Japan, Russia, USA, Canada and several European countries. There was many really good polishing jobs shown, and it was very hard work for the jury. In the end, there were three pictures that all the members of the jury had voted for, and these three made it to the final: 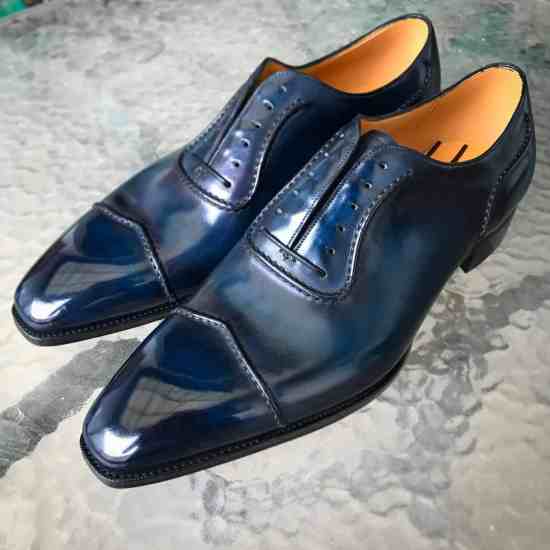 Pete Bultitude, England. A gorgeous shine on navy shoes, with a very nice transition of the shine from toe to vamp and quarter to heel. Pete Bultitude is a patina and shoeroom operative of Gaziano & Girling’s finishing department, doing both some patina but mainly a lot of shine work. He was previously supervisor at the finishing department of Edward Green. 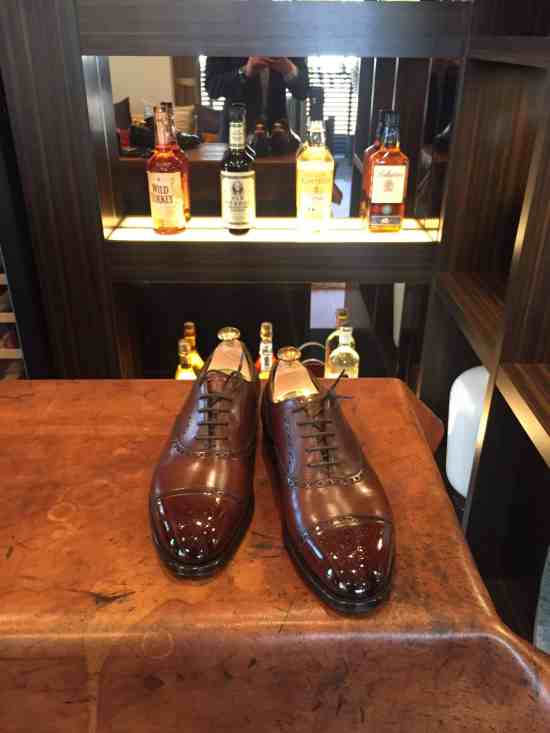 Yuya Hasegawa, Japan. These shoes have an impressive shine on the toes, with a very nice depth in the color. Yuya Hasegawa runs one of Japan’s most famous shoe shining bars, Brift H in Tokyo. 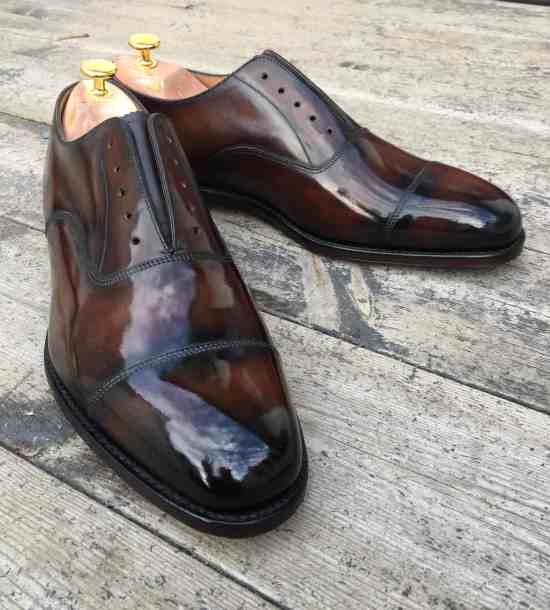 Anders Ericson, Sweden. A pair with a fine gloss over not only the toe cap but also the rest of the shoe. Anders Ericson is the only amateur in the final, but he has a good record anyway, being in two finals of the Swedish Championships in Shoe Shining, and the latest one he won.

Hopefully many of you can come to London for the Super Trunk Show, and see the big final! You find the Facebook event for the day here. FYI, there’s still a few spots left for the VIP opening 10-11 in the morning, e-mail supertrunkvip@gmail.com to register and have the chance to check out, shop and order shoes from the 11 exhibitors before everyone else.