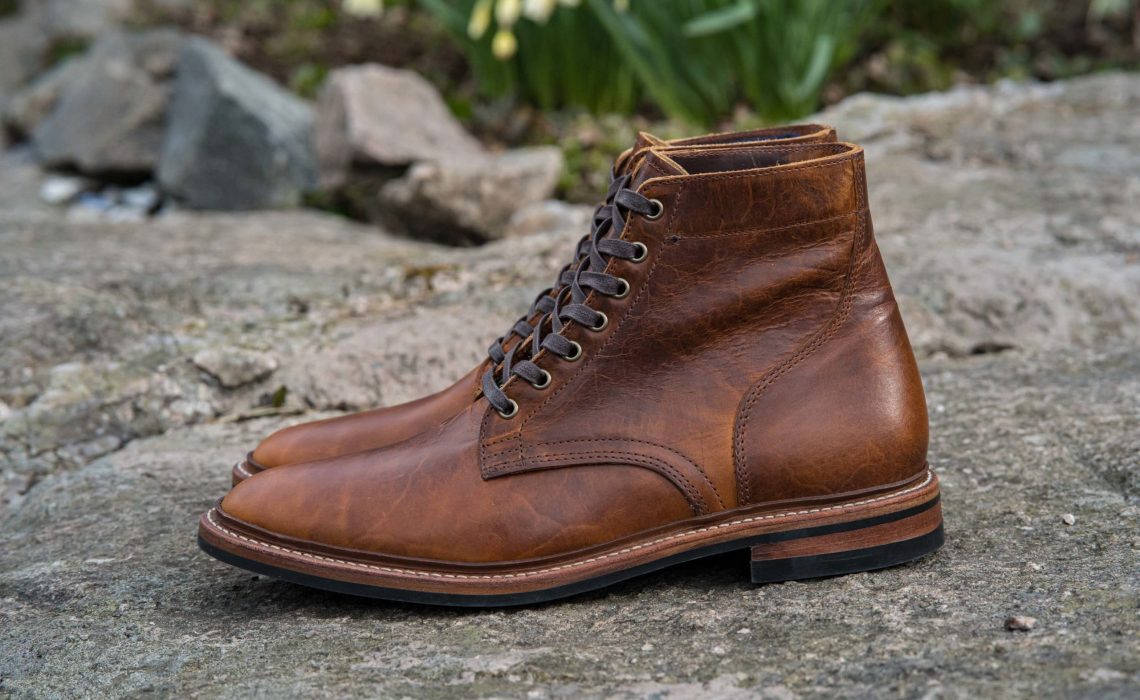 Lots of various types of shoe brands start their journeys on Kickstarter or similar crowdfunding sites nowadays. Most are of zero interest in my view, but every now and then exceptions come along. One such is Caswell Bootmakers, who offers American-made workwear boots with leathers from Charles F. Stead and Horween Chromexcel at a good price point.

Caswell Bootmakers was started by Kevin Wilson, a long-time shoe- and boot enthusiast, who were keen to start something of his own. He begun with a few models Goodyear welted in Spain, but really wanted to have boots made in his home country, USA. Now, to make sure that he would get a decent amount of orders in, needed to be able to make them in one of the few factories still making welted footwear in the US, he decided to go with the Kickstarter approach to set this part up. This week the campaign launched, including four models, three different service boots and one chukka boot. The campaign site is, gladly, not the 400 000 words long marketing bullshit filled one you usually find on Kickstarter, apart from the start of the video it’s instead rather straight to the point. It briefly presents the background and thoughts of the brand, the products, the manufacturing etc. It doesn’t even state that the shoes are “handmade” or “handcrafted”, which otherwise is used for basically any product that are touched by a hand during production on crowdfunding campaigns. So, Caswell’s first US-made models offered now are three service boots, one in a vibrant brown oiled shoulder leather and one in dark brown kudu antelope leather from Charles F. Stead, and one in Horween colour 8 Chromexcel leather. There’s also one chukka boot in dark brown Chromexcel. All the shoes are Goodyear welted, have contrasting sole edges with 360° storm welt, and have rubber soles – either studded Dainite or more patterned Vibram. Lined with vegetable tanned leather. The last all boots are made on are developed by the British company Springline, a pretty classic shape for especially service boots with a round toe with rather low toe box, pretty good looking in my opinion. I was actually supposed to review a pair from Caswell, and was sent an early sample of the oiled shoulder leather service boot (shown on some of the photos here), unfortunately they didn’t fit my rather complicated feet, so they were sent back. I got the chance to look at them first hand though, and they are solidly made shoes. The leather certainly had a lot of character. Only thing I reacted on was that it had a fibreboard insole, which apparently only was used on the samples, the production pairs have a proper full leather insole. Fit I’d say is rather true to size, for me with wide complicated feet they were just a bit too narrow at a couple of places, pretty common for me with RTW in standard width.
The Kickstarter campaign runs until end of July, and during this one pair costs €270 ($320), if one order more price goes down further.