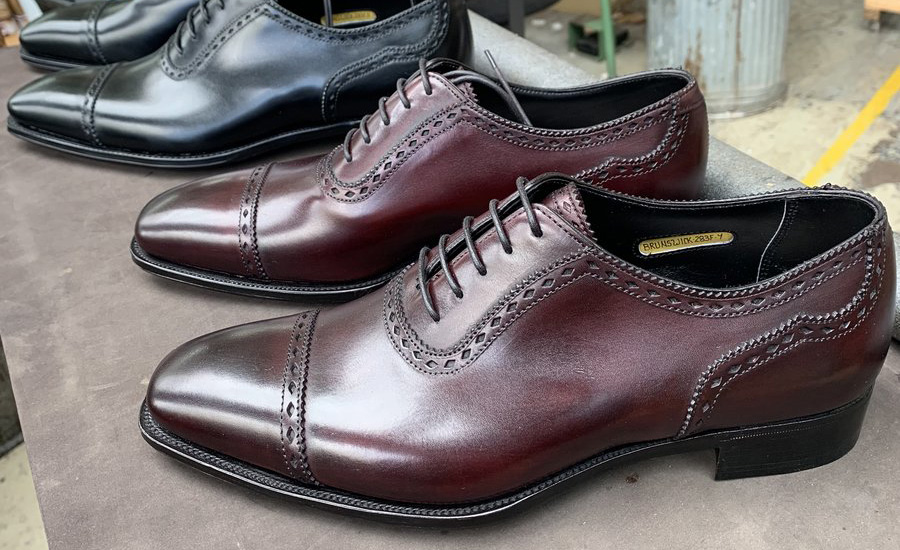 When Alfred Sargent went into liquidation last winter, fourth generation of the founding family, Paul Sargent, quickly announced that he was leading a project to restart it all under a new name. Now Paul Sargent Shoes has officially launched.

A lot of you readers were devastated when I published the article about Alfred Sargent’s liquidation back in February, and equally hopeful when you read the follow-up interview with Paul Sargent when he talked about his plans for the future. To briefly summarise things, Alfred Sargent was founded in 1899 by the man bearing that name, together with his two sons Harry and Frank. It was set up in Rushden, and have remained in the city west of Northampton town ever since. Being one of the old players in Northampton, they ended up struggling around the turn of the new millennium. They went bankrupt in 2009 after the global financial crisis, went into administration, and in 2012 it was taken over by the large French shoe company Manbow, owners of brands like for example Bowen and Manfield. Up until last winter it was run by the fourth generation of Sargents, Paul and Andrew, together with two French brothers Frédéric and Nicolas Thierry from Manbow. Due to financial difficulties, not least following from the pandemic, Alfred Sargent went bust on January 28 2021. 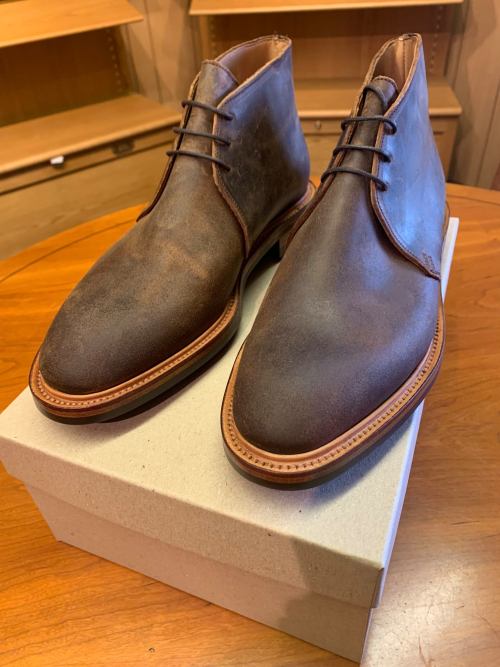 The brand Alfred Sargent and remaining stock was sold to a British shoe webshop (who still haven’t done anything with this, as far as I know), while Paul Sargent got help from another London based shoemaker to buy the machines, lasts and patterns, and Andrew Sargent still owned the premises. So, together with a core group of previous employees and along with Paul’s son Alex, plan was to continue making what Alfred Sargent fans liked the most, some of their casual boots and shoe offerings and their famous Exclusive range. 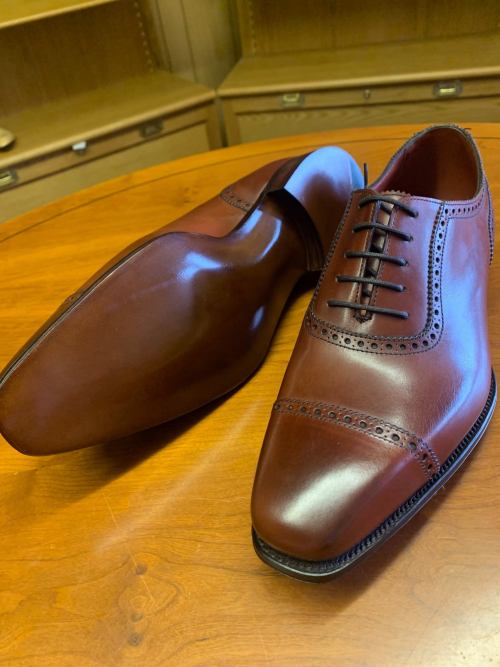 Paul Sargent Moore, which looks to be made with the same more pronounced slim bevelled waists that the Exclusive range had initially when it was launched (the waists become more basic through the years with AS).

As always, things take more time than one want things to take. But the past couple of weeks a Facebook page for Paul Sargent Shoes appeared and some photos of newly made shoes were posted in various forums. So, today, they launched their website which has a webshop included. Now, they are still in early stages of building things up, but I think they have the right approach with getting things out there straight away instead of waiting much longer and launch when all is into place. After all, this is a brand that sort of is already known, and better to be on people’s minds instead of being totally off for a long time.

Now initially they’ve made stock of three different boots that can be ordered as RTW, and more will be introduced continuously. They’ve also made samples of various models, like their popular adelaide oxford Moore, which can be bought via e-mail orders now initially until they’ve finished stock and introduce them in the online shop. Prices start from €330 (£280) for standard range boots, and at €500 (£425) for Exclusive range models (MTOs of existing models that they don’t have stock of seem to be £50 extra now initially). This is basically in line with what AS shoes costed before. Lasted shoe trees are not available, yet, but they look into bringing these back as well, Handgrade range more uncertain, I would guess it depends on how demand seems to be and how things take off now. Will be interesting to see how the new brand and their new and “old” shoes will be received. 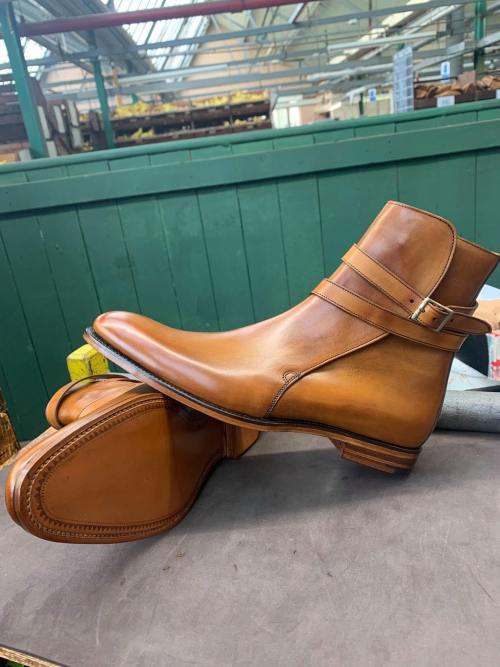 A high jodphur boot in tan. 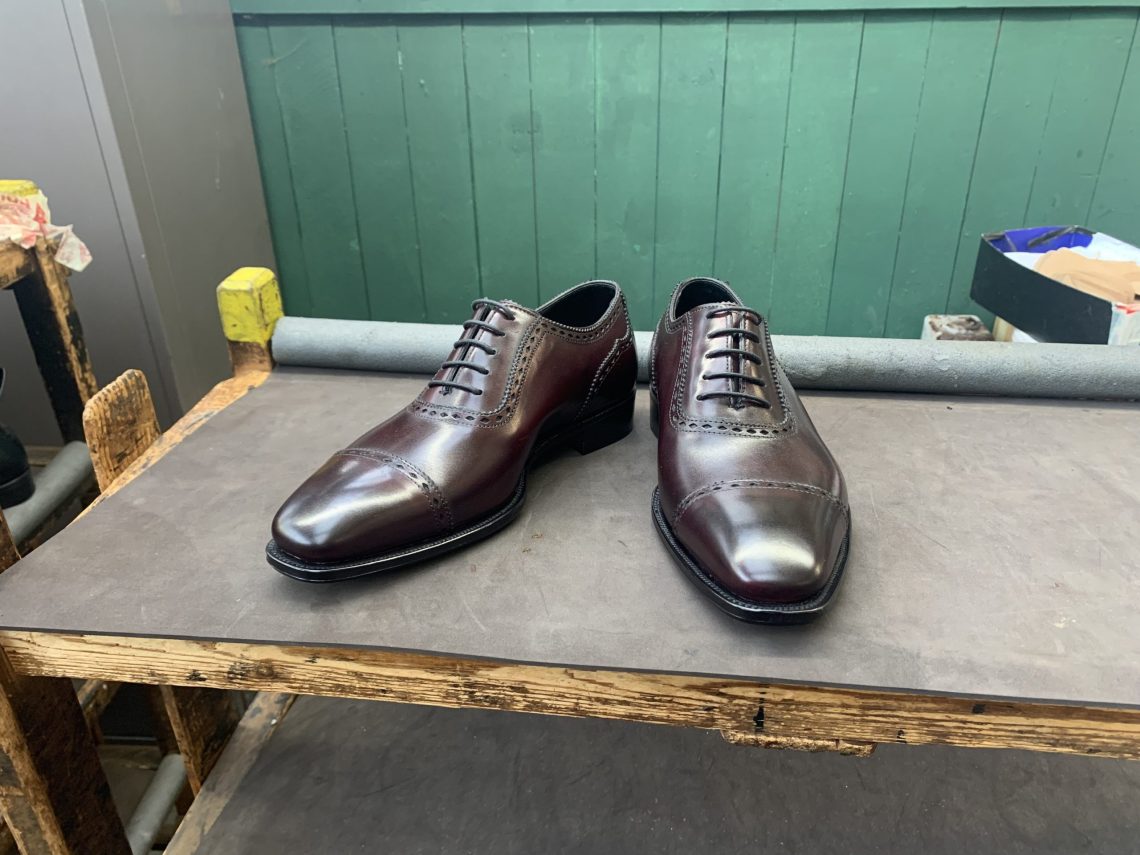 The model Brunswick on the 53 last. All pictures: Paul Sargent Shoes