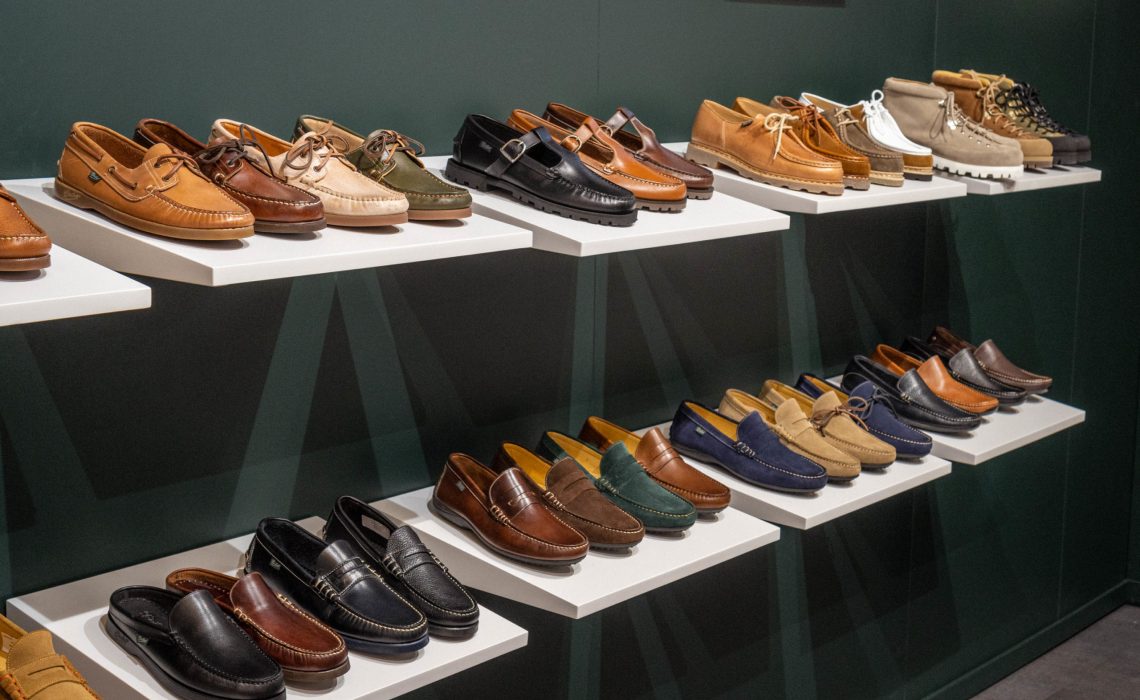 This June the summer edition of the men’s fashion fair Pitti Uomo took place in Florence, the first proper one since the pandemic hit. Shoegazing was there and checked out a bunch of the shoe exhibitors, here’s a summary of what could be found and some news from talks with brand representatives, who witness on the positive trend the quality footwear sector is seeing.

Florence in June is usually hot, and this time around it sure was. Due to this the “Pitti peacocks” that the fair is perhaps most famous for stood crowded in the shade, waiting for the street style photographers to pass by so they could do their well-trained posing. Since the pandemic hit, a couple of editions have taken place but they’ve been very different to what Pitti Uomo used to be. This round, it was back for real, and both exhibitors and visitors had returned. As many likely know, Pitti Uomo is a trade fair for men’s fashion, both classic men’s style and street style, with the common part that it’s focus on the higher end more “luxury products”, relatively speaking. Since it has grown in importance quite many quality shoe brands are exhibiting here, not just at the traditional shoe fairs like Micam. Pitti Uomo 102 had the theme “Pitti Island”. Was hard to make out much of that concept though.

We can start of with some of the more famous brands making classic welted footwear, with the British brands Loake and Cheaney and American Alden. Some news were shown, like a new “flex” collection from Cheaney or a loafers-sneakers mash-up from Loake, but mainly the brands were here to meet their retailers face to face again.
– We’ve missed this so much. It’s just great to see everyone again, to be able to show the shoes and have the type of talks and discussions over them that is so much easier in person, says John Happ, Alden’s European Sales Director. The Alden stand at the fair. 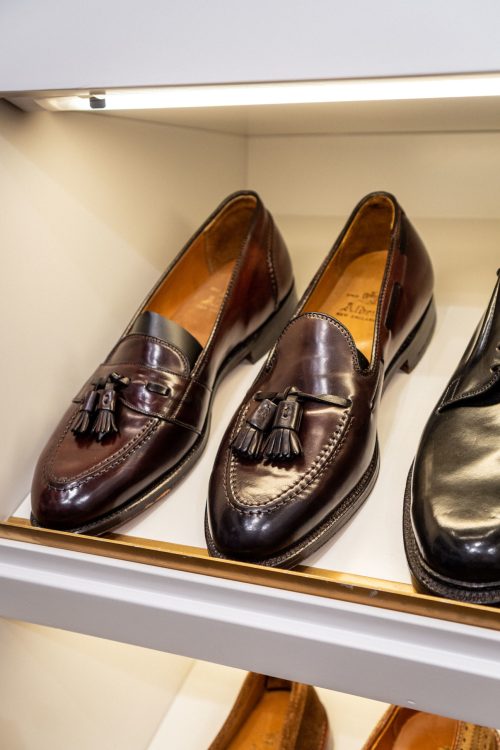 Of course the classics were on display as well, Shell Cordovan #8 tassel loafers.

Alden is one of those brands where sales have picked up quickly, and a lot, since a while back. In fact, at the moment the factory is basically running at full capacity and still can’t keep up completely with orders coming in.
– What keeps us back at the moment is the lack of staff. We haven’t gotten everyone back who we lost during Covid. Since the unemployment is so low, it’s difficult to find staff, John Happ says.

For Loake, while they’ve lost Russia which was a good market for them, and Europe is more difficult after Brexit, China is booming and the domestic market is going well.
– We hope to be back to where we were in 2019 by the middle of next year or so, says Richard Utting, Export Manager at Loake.
The main increase in sales for Loake is among more casual stuff, also sneakers, but still the vast majority is welted dress shoes.
– I mean, the black plain cap toe oxford, the day that stop being our best seller, I’m not sure it will ever come. Cheaney had a more basic space than normally at fairs, they weren’t sure of how Pitti would be this round when they planned things, and in hindsight Jonathan Church say they should have done their regular set up if they’d known the turnout.
– It’s good to know that the fairs are back again, going forward we can plan better now, Jonathan Church says.
For Cheaney they still see that their more formal stuff is selling far less than before the pandemic, while casuals are the things that have picked up. Following that, they introduced a cemented “flex” range with soft loafers. 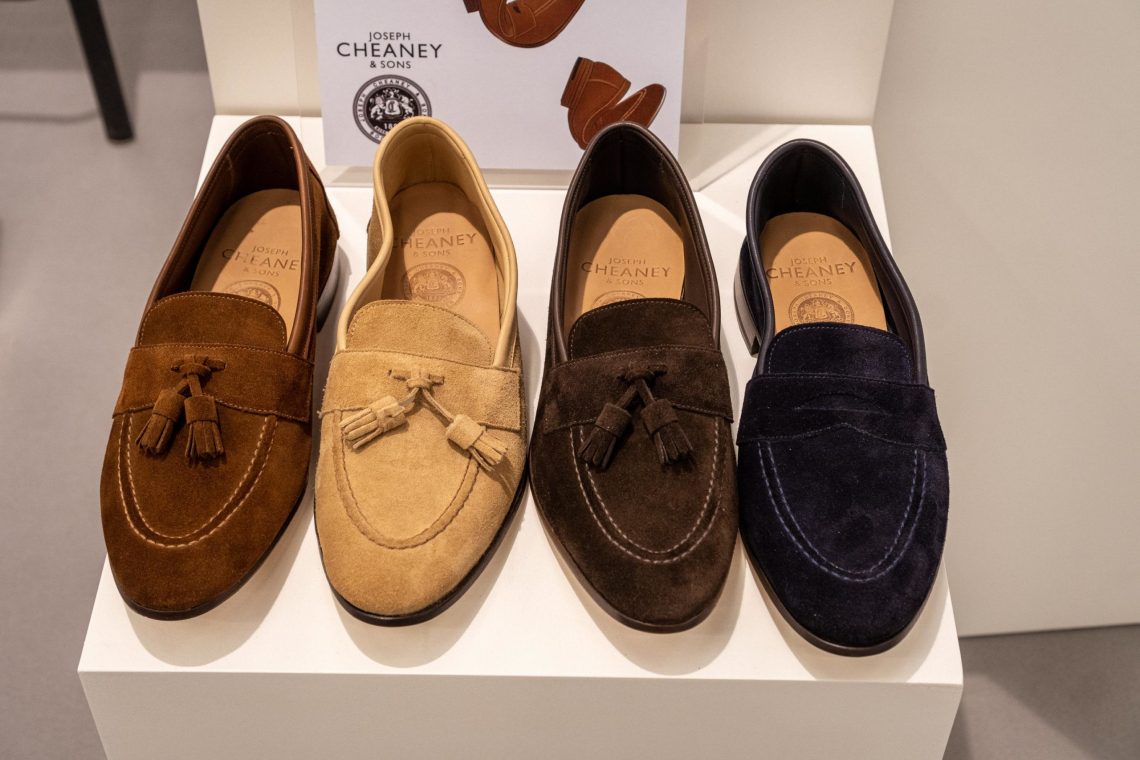 Some other brands I visited we have the American-Italian Scarpe di Bianco. The Connecticut-based brand with Italian-made shoes have been more or less fully focusing on the North American market, up until now.
– The next step for us is to international, that’s why we exhibit here for the first time. We want to establish ourselves in Europe, Asia and also South America, says Shane Walsh, Commercial Director.
Scarpe di Bianco is one of those brands who do good shoes (mainly Blake/Rapid, the underestimated construction which looks and is resoled just like Goodyear welted shoes), nice designs and have a big range, and who sets themselves apart with being excellent in branding with a great website, always good photos, offensive digital marketing, and so on. Unlined monkstraps by Scarpe di Bianco, made with Bologna construction. Overall, it was nice to get the positive vibe from all shoe brands exhibiting in Florence. Back at the super trunk in London we had it as well, and not least many bespoke makers are flooded with work nowadays, and this seem to be running wide for real. The quality shoe industry is back on track after two harsh years, a slight shift in focus to include more casual stuff, but continuing to offer proper footwear to a large customer base. Paolo Scafora had a table at the fair. 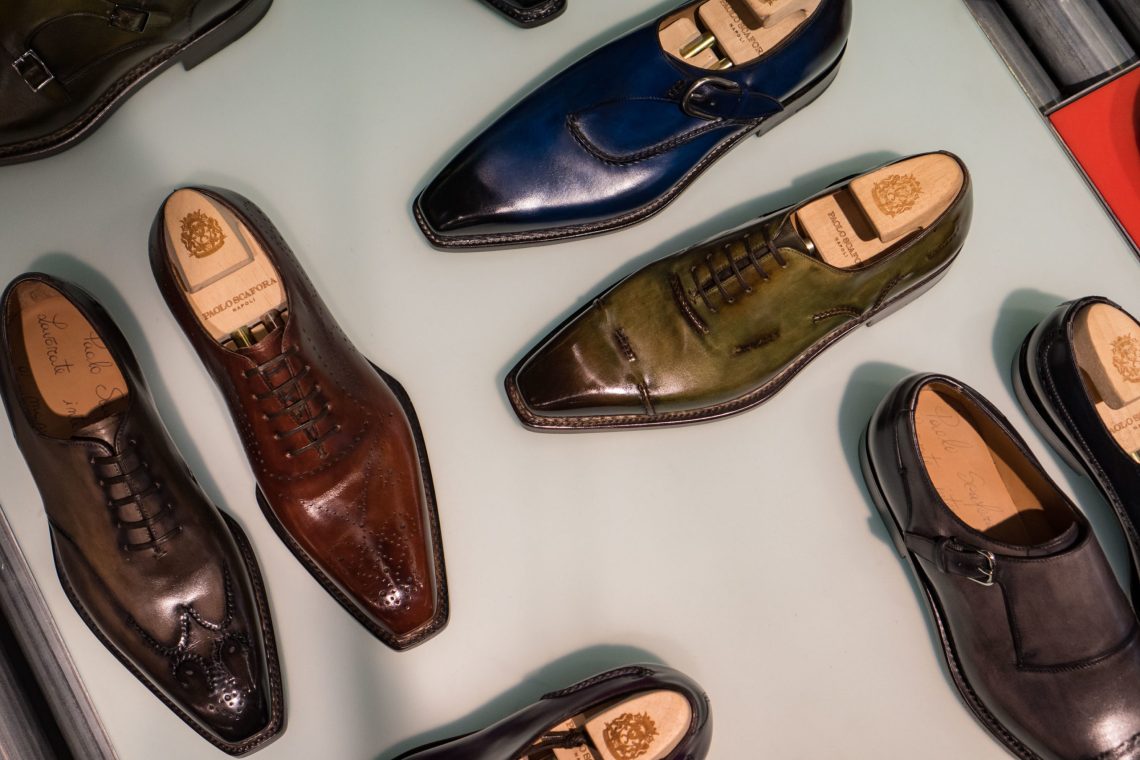 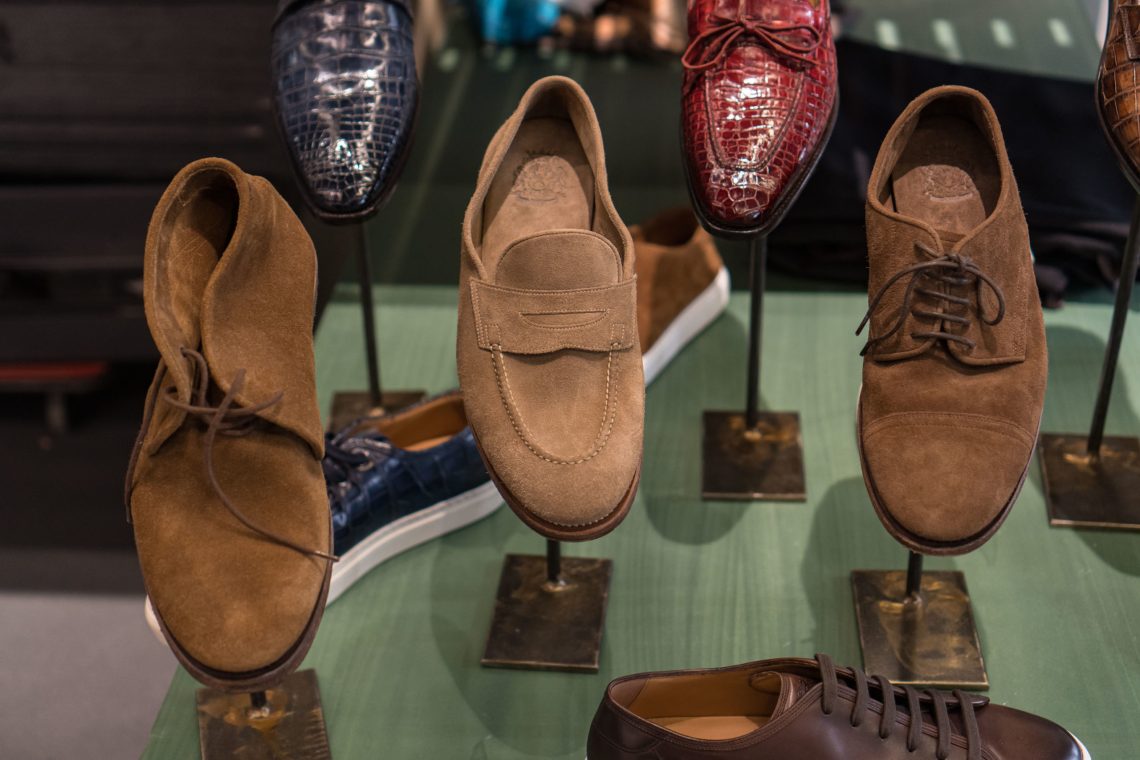 More Italian shoes, with the nice display of Barrett. 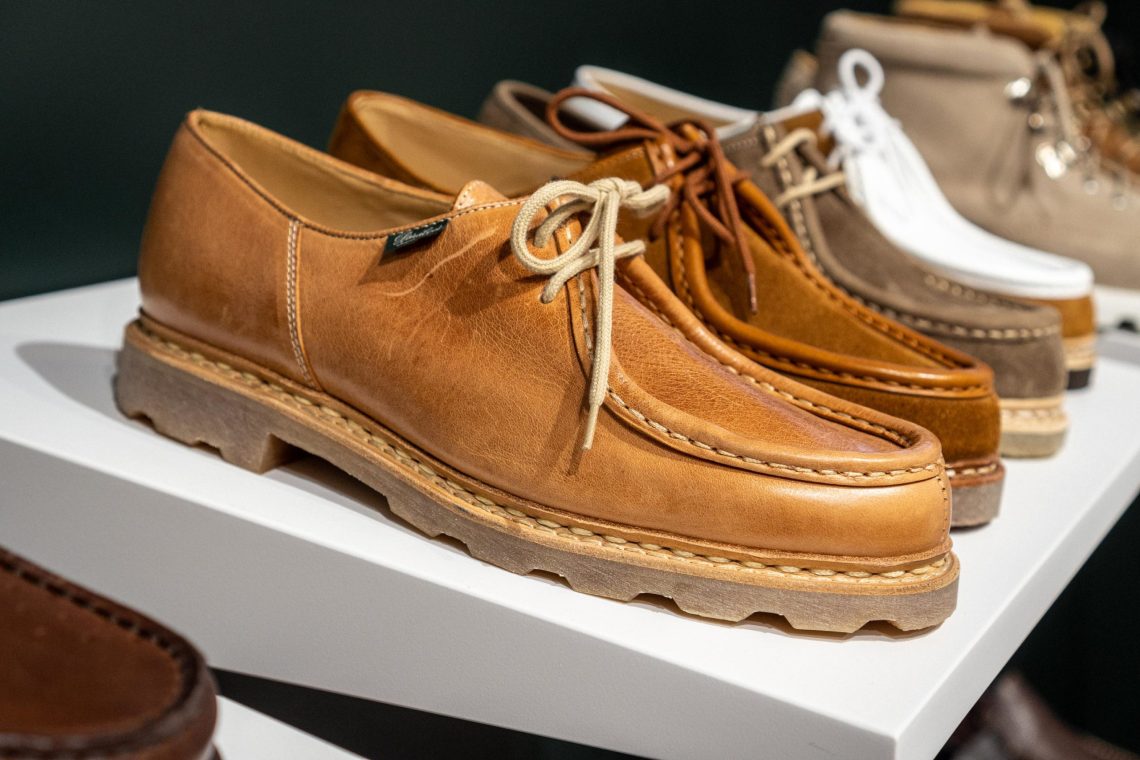