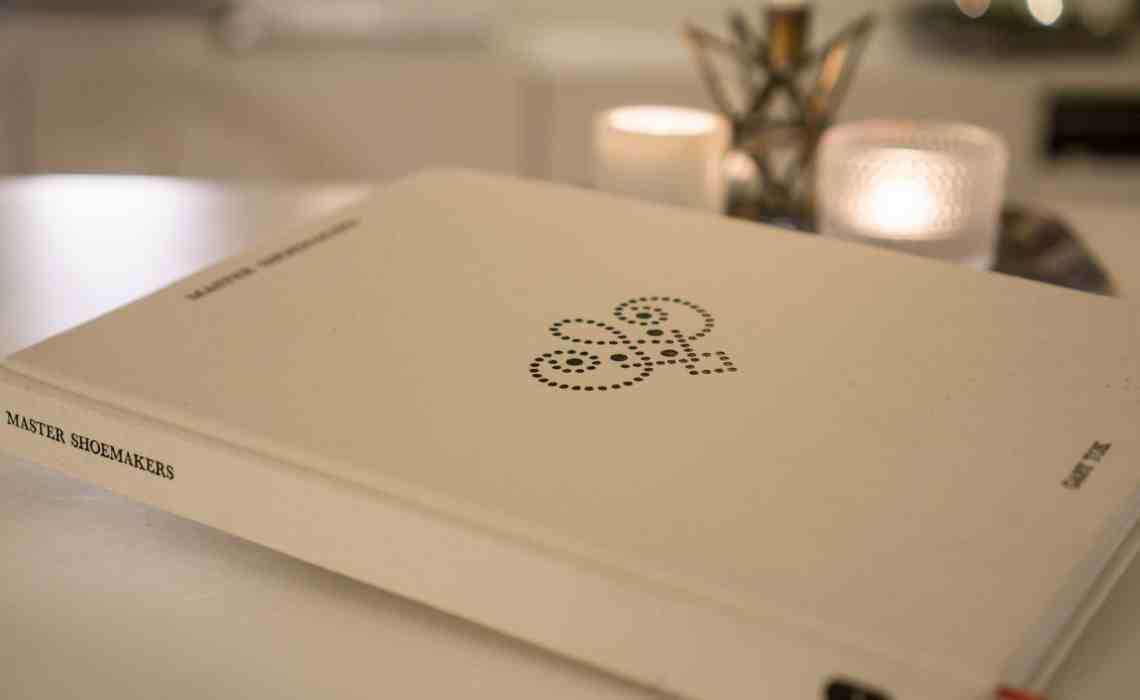 New books about classic men’s style show up every now and then, but books solely on classic shoes are much rarer. Recently released, however, is the book Master Shoemakers – The Art and Soul of Bespoke Shoes by Gary Tok. Shoegazing have read it. 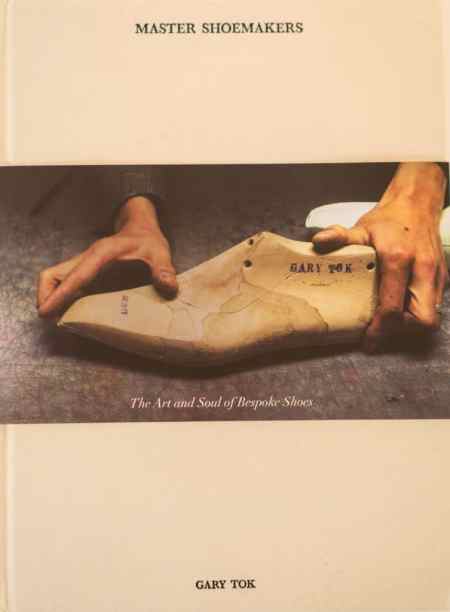 Master Shoemakers, subtitled The Art and Soul of Bespoke Shoes, is a large, heavy coffee table book with a gorgeous frontpage which in my opinion makes itself at its best without the protective paper, with it’s minimalistic style with the centered medallion. Very beautiful just as decoration. But it is of course more than that.
When I read the book’s foreword, written by Ethan Newton who run’s the haberdasher Bryceland’s in Tokyo and previously co-founded The Armoury in Hong Kong, and the author’s own introduction, I got a little worried. It’s okay, written texts, but to me they are more or less bland. It doesn’t feel like any of the texts have much thought behind them, feels like they are mostly there to be there. Fortunately, my worries quickly disappears as I continue. 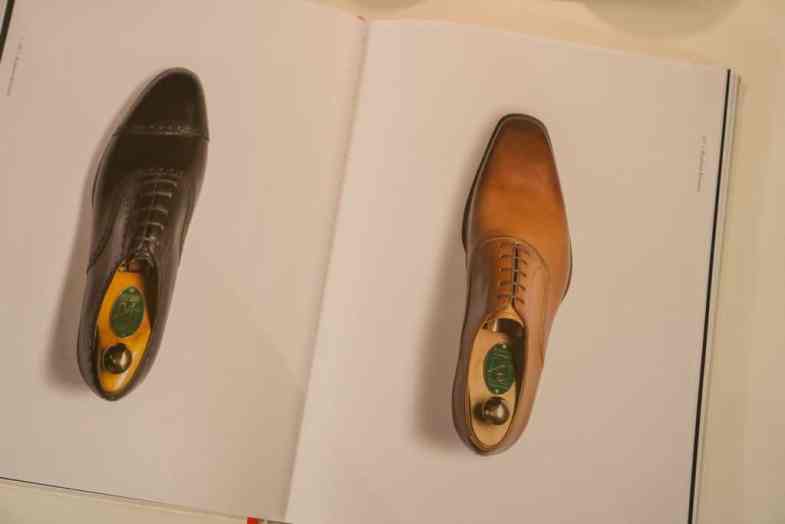 Shoes from Benjamin Klemann in Hamburg.

Gary Tok is a businessman from Hong Kong, who has had an interest in classical style for many years. In 2010 he ordered his first pair of bespoke shoes from the Japanese Hidetaka Fukaya, aka Il Micio, based in Florence. Tok realized the lack of a book written in English about these different bespoke shoemakers around Europe, and decided to do it himself. So for a few years, when he had an opportunity he visited bespoke shoemakers and interviewed and photographed, to assemble Master Shoemakers. 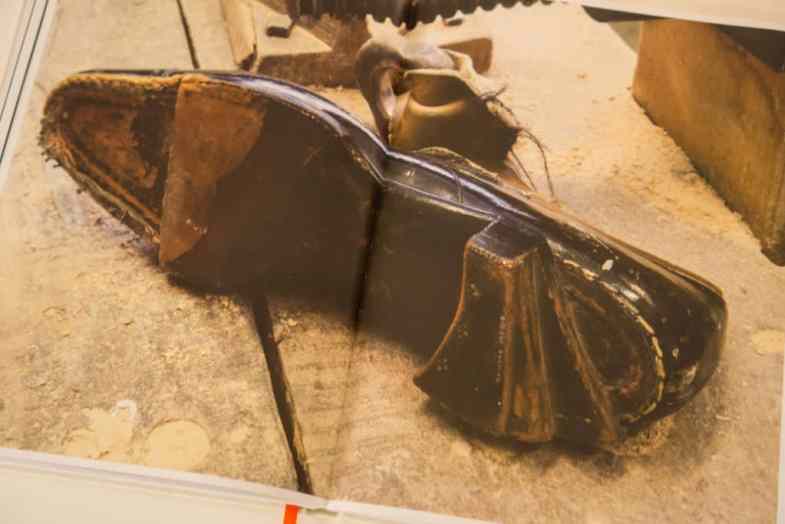 Old shoe from Foster & Son which is cut open to show its different parts.

Included in the book are Anthony Delos (visited before he went to Berluti), Hidetaka Fukaya, Dimitri Gomez, G.J Cleverley, Stefano Bemer (before he passed away in 2012), Benjamin Klemann, Foster & Son, Saskia Wittmer, John Lobb Ltd, Roberto Ugolini and Gaziano & Girling. A good selection of styles and countries, although personally I might have preferred the a bit secret John Lobb Paris instead of one of the many Florence-based ones, but it’s mostly a matter of taste, and it’s of course impossible to include everyone.
The book is divided into sections for each bespoke shoemaker, with about fifteen spreads for each and they all consists of a short story about the shoemaker, the rest is images, sometimes from their workshops, but above all focus is on the shoes. Overall, the quality of photos is very nice and you get a good picture of the style and craftsmanship of each shoemaker.
The texts are also nice and much more thoughtful and rewarding than the introductory texts. Most places you in an environment that is the bespoke shoemaker’s workshop, and often it’s these texts that works best, where the presence brings added value and a greater sense of the people he meets. Since the stories are relatively short, they become rather summarising and don’t always go in depth, which I think is a bit of a shame as the shoe nerd I am, but I understand the concept of a coffee table book that should be reasonably accessible and attractive. 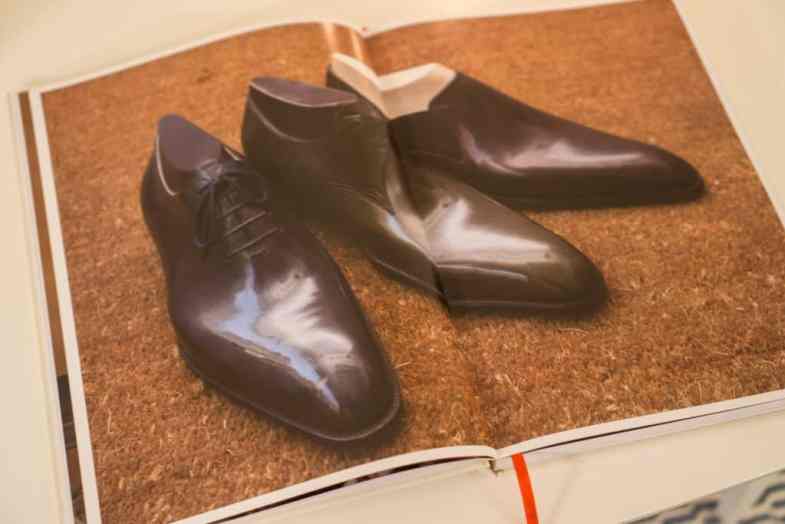 Large nice pictures is the main focus of the book. Here on shoes from Anthony Delos.

Master Shoemakers is an expensive book, it costs about €150, which is its biggest minus since it makes it less accessible. It’s a shame, because it’s a nice introduction to the many talented European bespoke shoemakers, a well-made book that gives a good understanding of what bespoke shoemaking means and of the beautiful creations it may create. 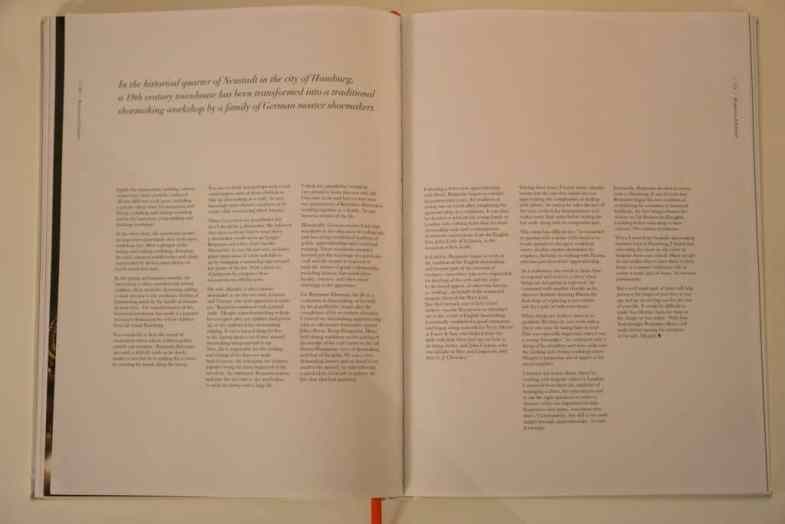 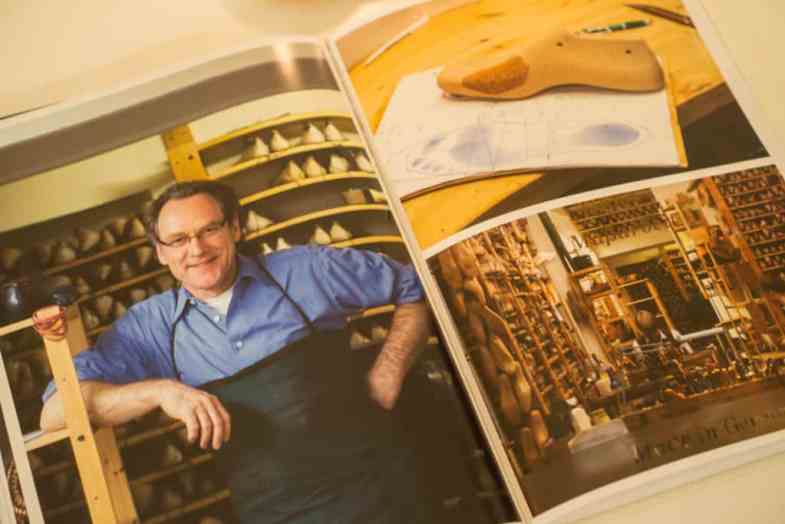