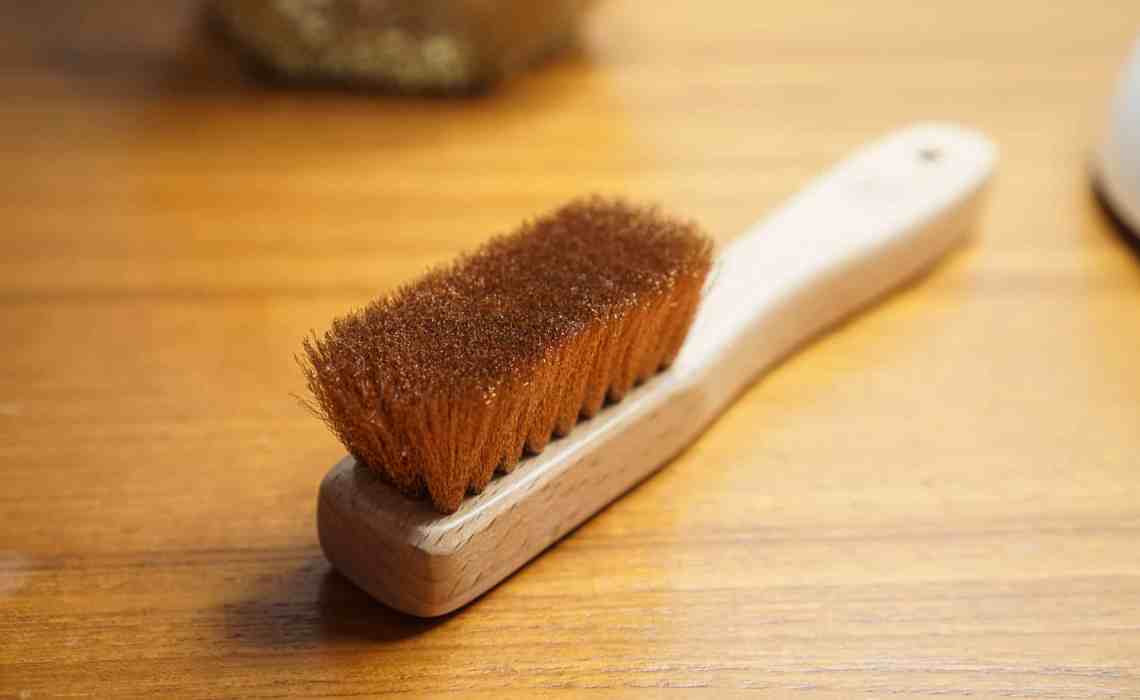 Japanese Edoya makes some of the world’s finest shoe care brushes, made entirely by hand in a small factory in Tokyo. Their suede brush is made with dense hairs of phosphor bronze, and is simply an amazing product.

FACTS:
Product: Suede brush with bristles in phosphor bronze
Brand: Edoya
Price: About €25 if purchased from Edoya in Japan (3 240 yen), in Europe about €80 (£60)
As for the offer of suede brushes, there are basically two available variants: those with a bit harder brass bristles (sometimes with horsehair or softer bristles around the brass), and rubber brushes. The first ones  many people experience as too hard and tears in the suede, while the latter usually have problems raising the fibers of the suede properly. This brush from Edoya is a third variant, which in my mind is superior to both of the others. I’ll soon closer explain why.

The company Edoya was founded as early as 1718 in Tokyo’s Nihonbashi district, and was in the first centuries of its existence primarily focused on making paint brushes, but during the last quarter has diversified and moved on to more focus on brushes for clothing and shoe care, hair and makeup brushes, toothbrushes and more. Formerly they sold their shoe care brushes only to companies and professionals, but more recently, private customers can buy their brushes. They have a wide selection of shoe care bushes, with bristles from different breeds and different parts of the horse, from pig, goat and other animals. In principle it goes from quite rough brushes which is used to get rid off dirt from coarse leather, in several steps to super soft brushes made to rub up the final gloss. 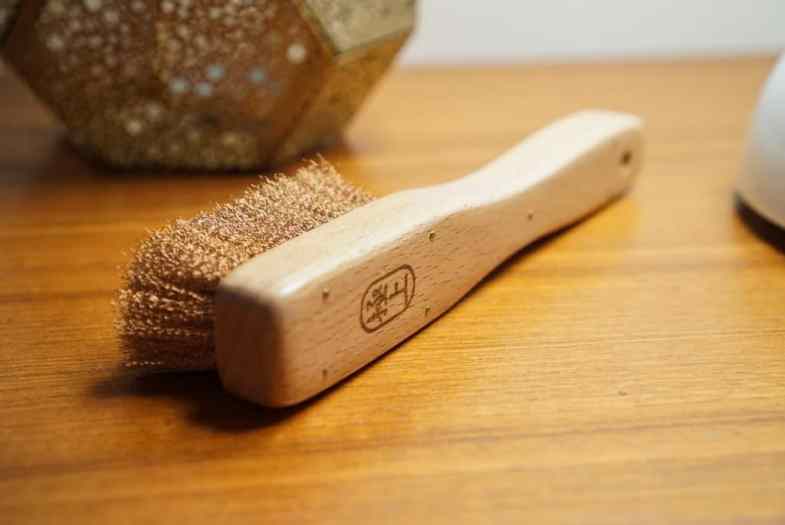 The handle is also very nicely made.

And then they have this suede brush, which as mentioned is made of phosphor bronze. It is an alloy consisting of in round figures 90% copper, 9,5% tin and 0,5% phosphorous. In Edoyas factory they place in the bristles entirely by hand, and it is an impressive craft. But it is the function that is the best part. The bristles are much softer than usual brass brushes, you can easily brush on sensitive parts of your own skin. But still, the function equivalent to a brass brush when it comes to lifting the fibers. It is a delight to work with it on the shoes, it feels very gentle but still has vitality enough to lift the fibers in the manner sought by a suede brush. I have discarded all my other suede brushes now, this is the only one I use. Price wise, I would say that it really is too cheap when purchased by Edoya in Japan, in Europe and the US it will cost a lot more, partly because of customs duties etc, but I personally would still say that it is worth the money. Edoya is sold in for example the British online store Exquisite Trimmings and the Oslo cobbler Skomaker Dagestad (Edit: Apparently Dagestad are sold out of their brushes, and since Edoya don’t want to export anymore they probably won’t restock. The reason that Exquisite Trimmings sell theirs for the high price is that they paid the full store price for them, and then had to apply their margins to it). 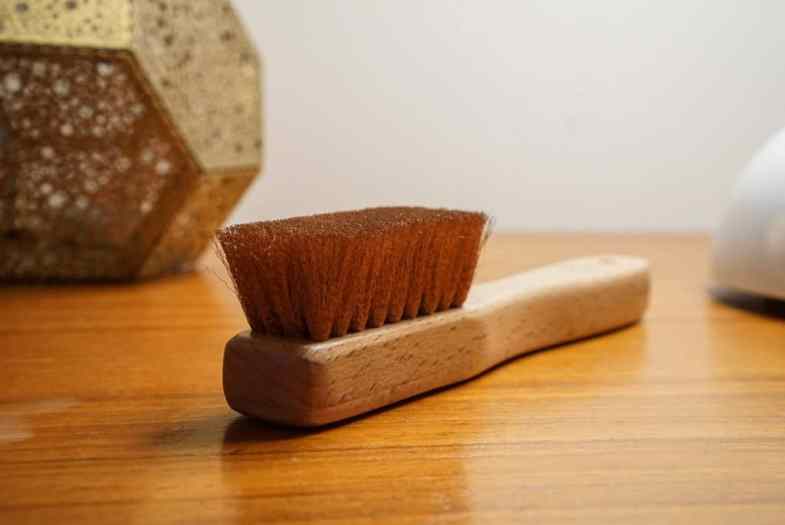 As you can see nicely made and very tight hairs.