The tip – Correct gap at the lacing 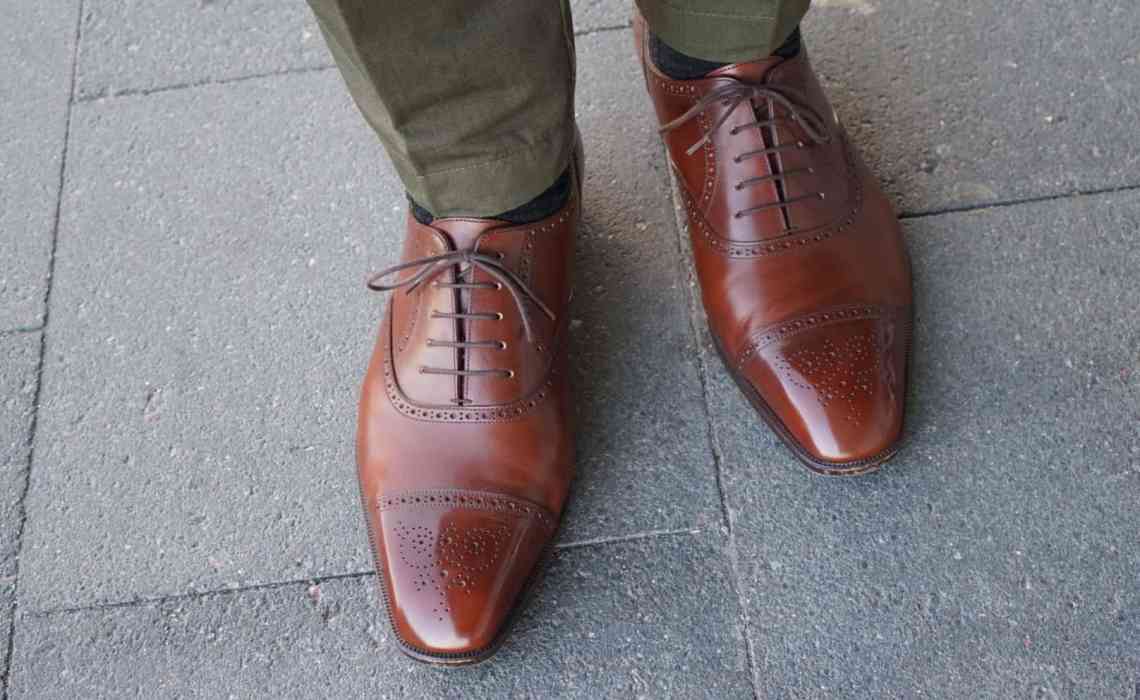 This is a topic that I constantly get questions about: how much the gap at the lacing should be on oxford shoes. There are obviously individual differences, but there are guidelines that I and many others agree on.

Oxford shoes are shoes with so-called closed lacing, where the tounge is set as a separate piece inside the quarters and the vamp. On these, a V is formed when the laces are tightened, and it’s how big the gap and if there should be a gap at all, what many are unsure about. The rule of thumb that I usually recommend here is that when the shoes are new, the opening should be between 0.5-1.5 centimeters, although slightly up or down from it can be ok. Then the laces won’t end up completely closed after the shoes have been broken in and often stretched a bit so that you can not tighten the shoes properly and you risk some slippage. On the contrary, if the gap is very large, it means that the instep does not fit your feet and the risk is that they will pinch and be too tight here, and not least by the end of the day become uncomfortable. 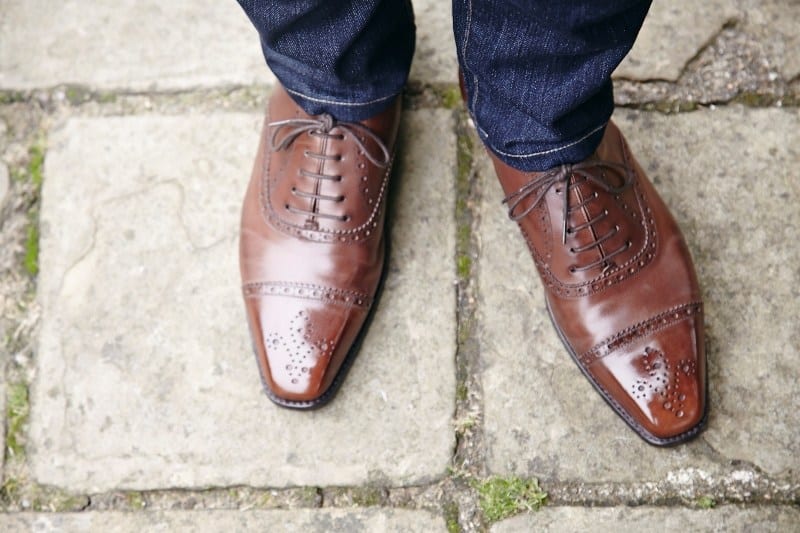 In my opinion, the lacing closes too tight here, especially if the shoes would be new it’s not recommended that it looks like this. In this picture you can also notice the detail that many manufacturers has where the whole for the laces are placed further out towards the bottom. This is since it’s actually supposed to be a slight gap, which creates an even row of equally long laces aligned. When the gap is closed entirely like it is here, or almost more than that, this can almost look a bit weird instead. Picture: The Shoe Snob Blog Here, instead, there is a big gap, and the person who has these also states that they are not completely comfortable over the instep. On these shoes the holes are placed even against the edge, which enhance the gap even more. Image: StyleForum Here’s a pair of my shoes, from Alfred Sargent, who has a bit bigger opening, but still quite ok in my opinion. Here you also can see how the rows of lacing become even and neat when the holes are placed so they are further outt in the bottom, and they are laced with a gap. When I can choose, like with my Yohei Fukuda made on a personal last seen on the top image, I like the gap at the top to be about 0.5 cm when they have been broken in.

In other words, it is primarily about the fit, in my eyes this is what should be the determining factor here, although it also makes them work well aesthetically as well. A big gap that is still not uncomfortable is, in my eyes, quite ok, comfort should always come first. And personally, I prefer to always have a small V on oxford shoes, even after they have been broken in. I think it’s nicer looking than when it closes entirely, and I also know that for example during colder winter days your feet can be significantly smaller than when they are as their largest on a hot summer day, so it’s good to have some flexibility in both directions so they always can be tightened properly.
On a pair of derbys, shoes with so-called open lacing, this is not as important, the gap between the laces can be and often is quite wide, it’s only if they close very tight you, correctly, get reactions. Derbys are a bit different, it usually looks like this, with a bigger gap along the entire opening, which is just correct.