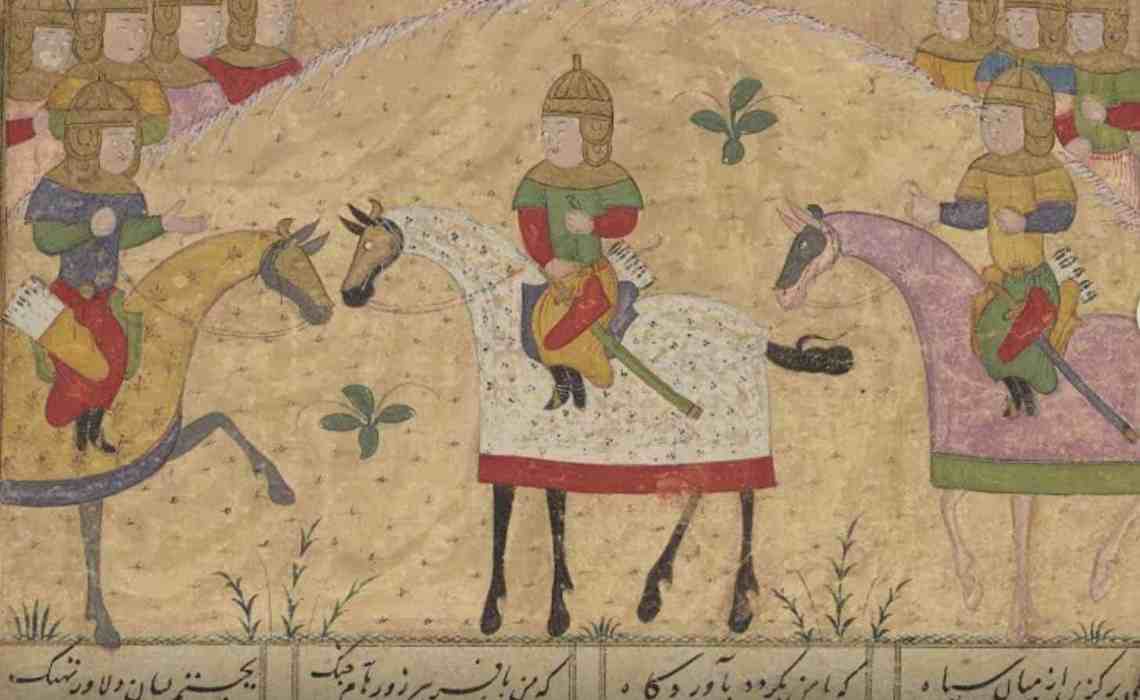 All traditionally constructed shoes have heels, although they are now relatively low on men’s shoes. However, this has not always been the case, but when heels were introduced on shoes it was only for men and high heels have been seen as the most masculine you can wear. Here’s a tour through the history of the heels.

It feels like I’m starting all these history articles by stating that the reason why the subject in question came to be from the beginning was for practical reasons. So also with heels. Exactly how and when heels were invented one don’t know, there are Mongolian paintings from the 8th century showing horsemen with what looks like shoes with heels, but we do know that the Persians in the first half of the previous millennium began to use heels on shoes, for their horsemen in the cavalry to be able to stay put in the stirrups when standing on the horseback firing a bow. The heels were relatively high to give good grip in the stirrup, and the shoes were not intended to be worn when walking.

Persian shoe from the 17th century, worn by cavalry riders. They are made of shagreen, a kind of horse leather coloured with crushed mustard seeds.

Abbas the Great ruled Persia around the turn of the 1600s, in charge og the world’s largest cavalry. He sent diplomatic missions to Europe, and a wave of interest in all sorts of Persian things spread here. Among other things, European aristocrats embraced the high heels worn by the Persian horse-borne military, which they thought gave a virile, masculine expression.

As men in the lower classes noticed and began to use heels, the aristocrats responded by increasing the height of the heels to extreme levels. Obviously it was useless to have high-heeled shoes on the poor cobblestone streets and dirt roads of 17th-century Europe, but it was sort of the point, to wear impractical garments and footwear showed status, you had others doing things for you. 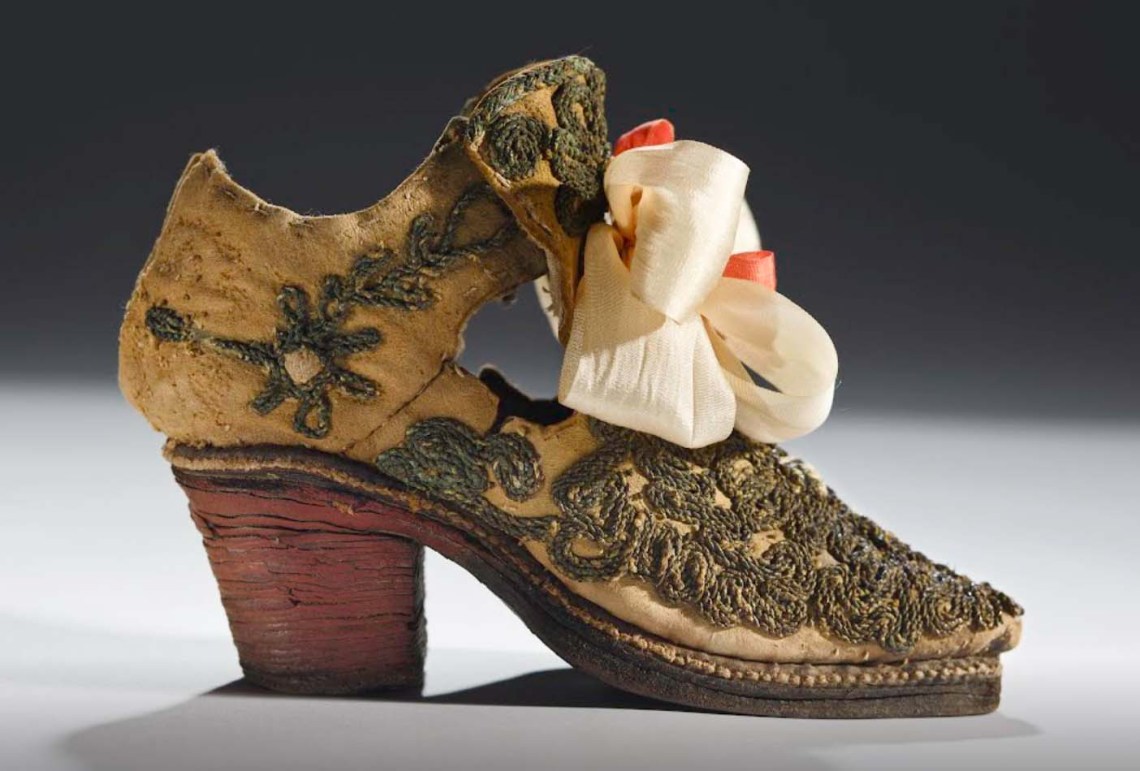 High heels from the 17th century, a shoe that belonged to a boy from a higher class.

As I said, it was only men’s shoes that had heels first, but when women in the 17th century wanted to take on more masculine features, they also began to wear heels. Up towards the 18th century, it began to diversify again between the sexes, where men got more robust square heels and women neat, curvy ones. 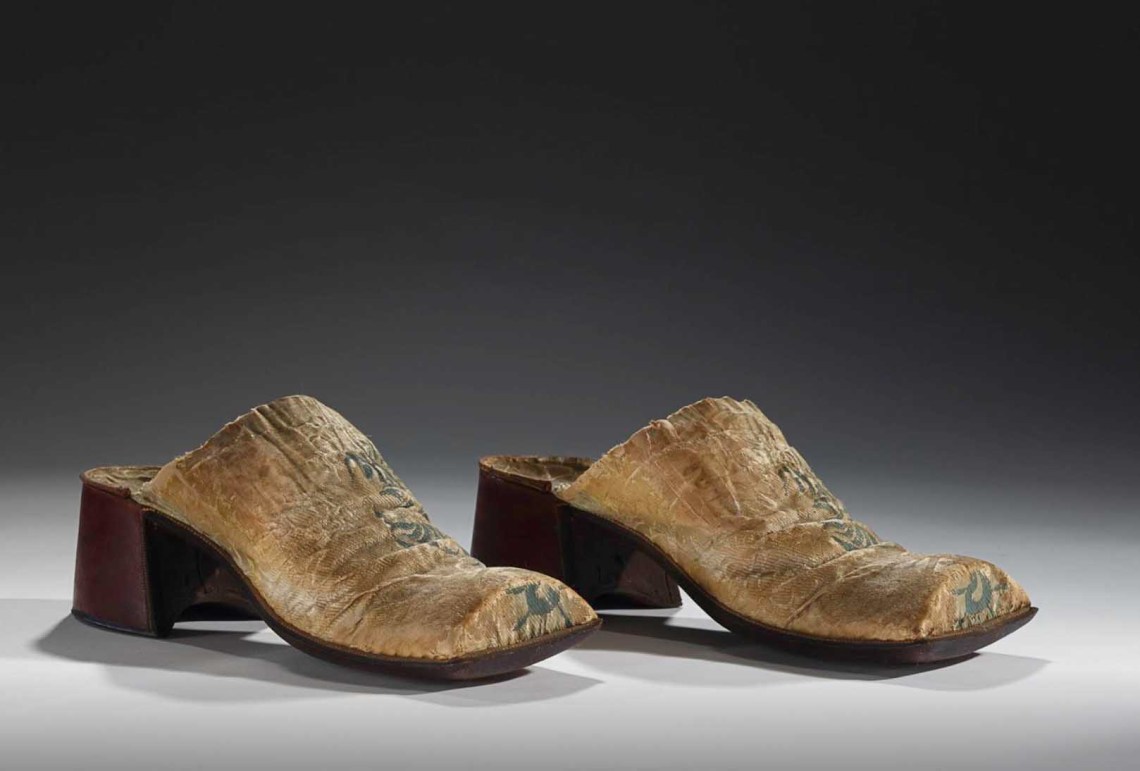 Here from the early 18th century where men’s heels became sturdier, to distinguish them from women’s neater heels.

Then came the enlightenment, and now the fashion swung where rich men who previously dressed as extravagantly as possible now began to use more practical garments, such as British gentlemen beginning to dress in monochrome, darker and muted colors. Now slowly high heels began to be seen as feminine and a little ridiculous, and by the mid-1700s, men did not wear it at all. When the French Revolution set in, women had followed, high heels were completely out of fashion. However, low heels continued to be worn, after all it was both comfortable and practical, but no high heels. 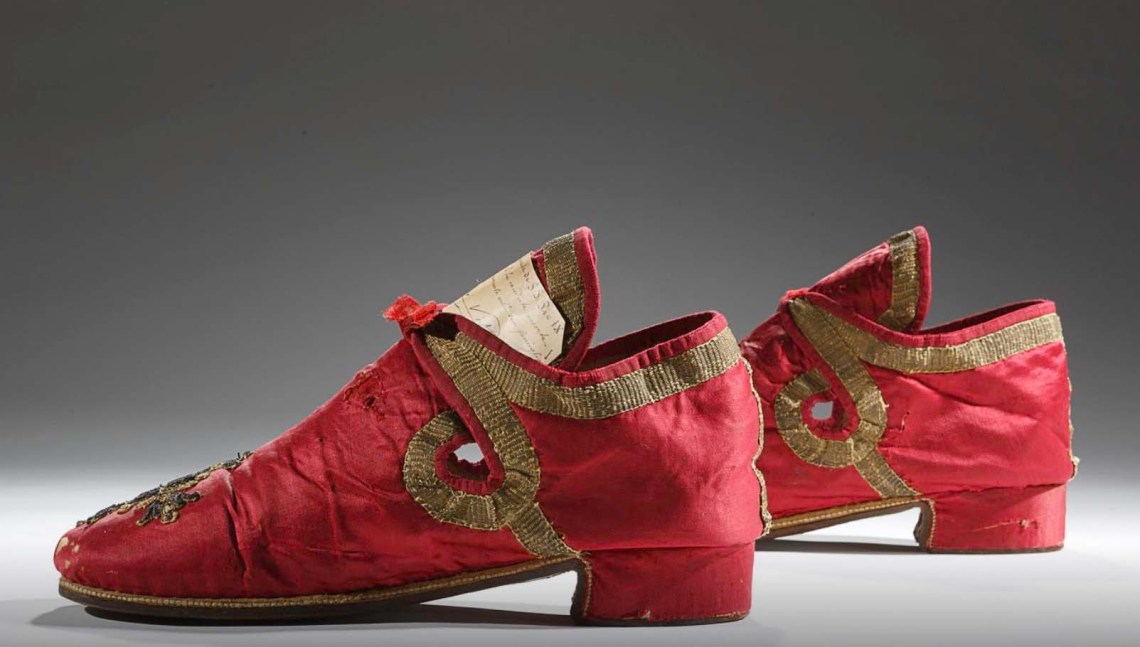 In the early 1800s, low heels were the case, for both men and women. Here a pair of shoes that belonged to a pope, so still quite colourful, which was otherwise unusual for men. All pictures above: Bata Shoe Museum

Towards the end of the 19th century, high heels became popular again for women, and it has since come and gone a bit in women’s fashion. On the men’s side, however, the high heels have not made a comeback yet, at least not on the wider front, although we have had cowboy boots (obviously for the same practical reason the Persians first introduced the heels for) and dandys. Maybe it will come, however, we will see.

However, having a low heel is more or less standard, as it contributes to a better posture and more comfortable walking. It’s also practical since you can easily replace the part of the shoes that you usually wear out most quickly. We are more or less constantly on hard ground in today’s societies, and then comfortable good shoes are important, where the heel is a given element. Also on, for example, running shoes and the better types of sneakers, the heel of the foot is placed higher than the footbed, for that very reason. 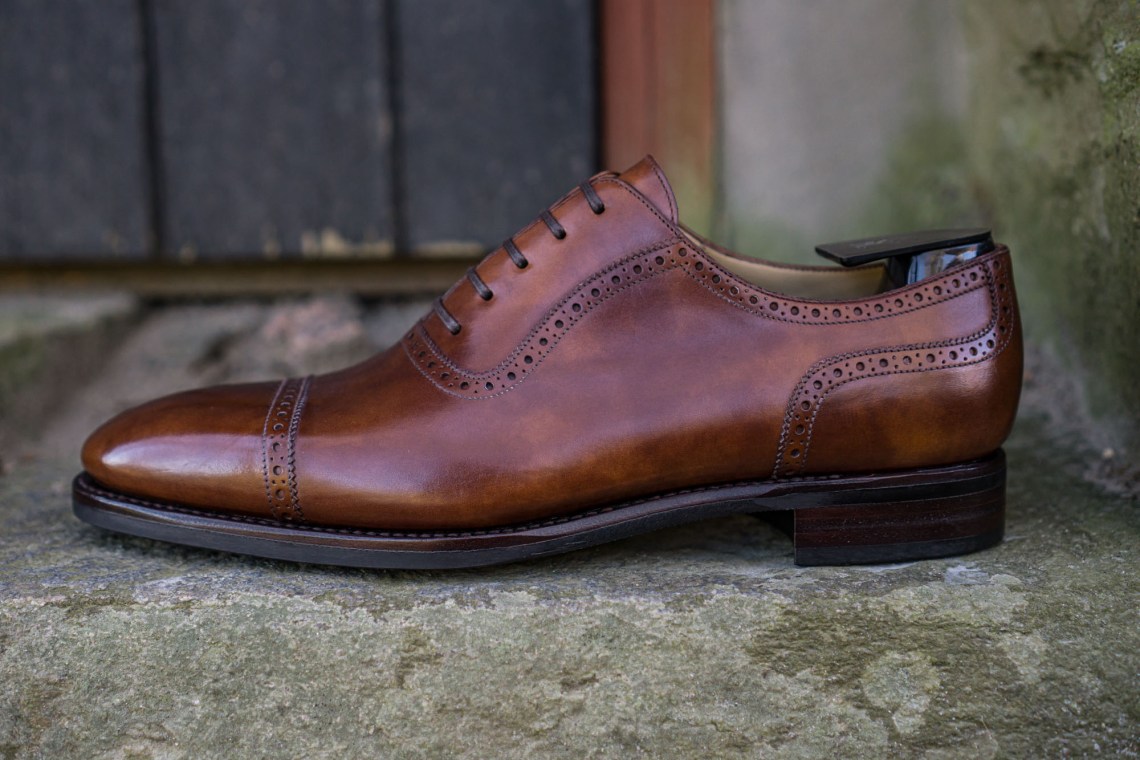