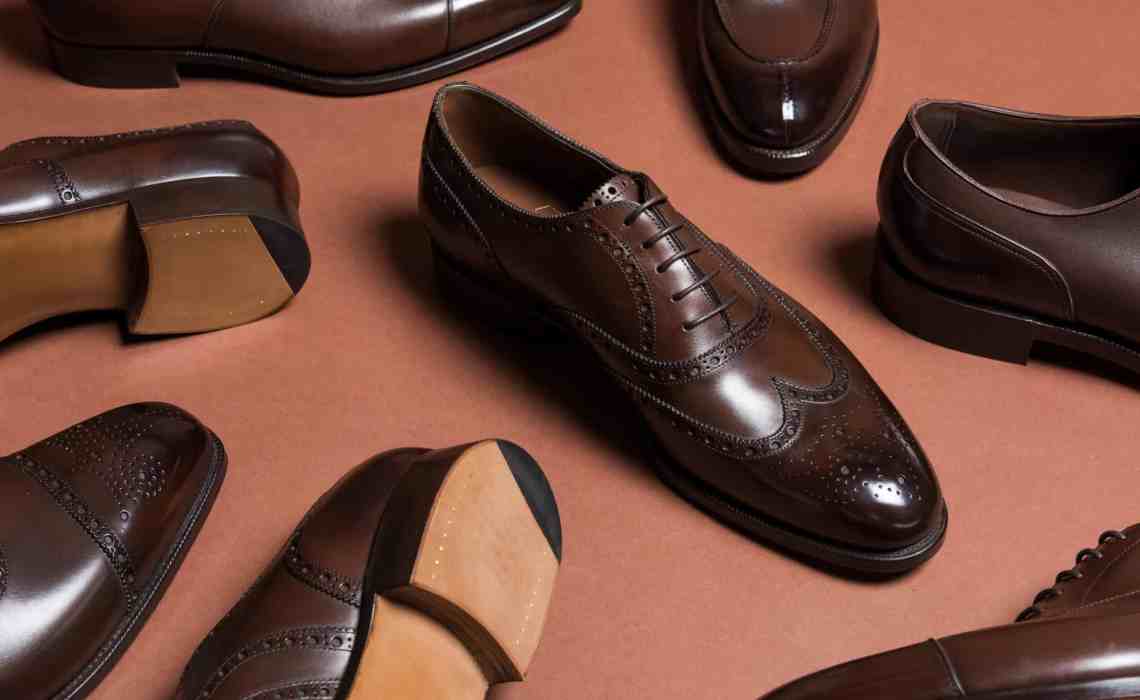 The Swedish store Skoaktiebolaget today launches its latest addition to the brand flora in the store, nothing less than British Foster & Son, which this year opened the first new shoe factory in over a decade in British Northampton. Premium shoes of the finest kind is what it’s all about.

Foster & Son is one of three (along with John Lobb and George Cleverley) still active companies of the famous West End bespoke shoemakers in London. Founded in 1840, and since the 70’s, they have housed on the shoe street Jermyn Street. For many years, in addition to its full bespoke, RTW has also been offered, made by various factories in Northampton, but two years ago they invested heavily and opened their own factory. Now they raised the level of RTW, and produce very high quality premium shoes of solid old British cut. Read more about the new factory in this article. 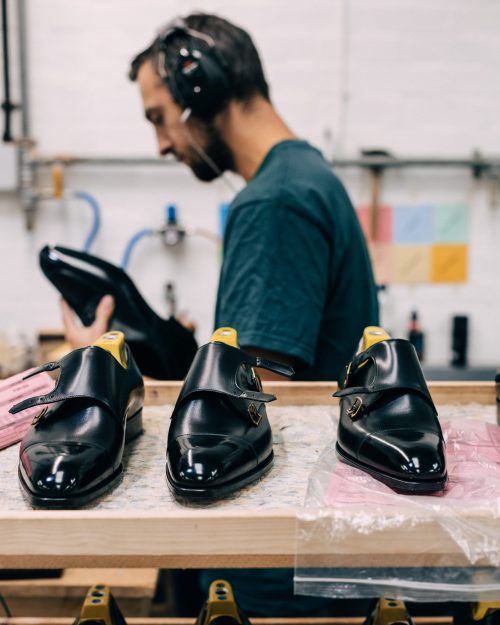 Skoaktiebolaget, which, due to the corona crisis, makes the brand launch only online, has introduced around 10 different models from Foster & Son. Everything from a classic black plain cap toe and semi brogue oxford in black, dark brown and light brown, to an unlined loafer (coming soon) and Foster’s fine version of a split toe derby. The prices start at €990, and then this is about shoes with the finest upper leather, oak bark tanned soles and very careful construction. The shoe company has only models from the slightly simpler range Fosters offers with square waists, Fosters also has an even finer range similar to for example Edward Green Top Drawer and Gaziano & Girling Deco, with fantastic waists and very tightly cut, slightly tapered heels which I personally would have loved to see represented. However, it costs about €700 more, so I understand the choice, and for those who want, one can order these (and of course the standard range) as MTO. For Swedish clients Skoaktiebolaget will have visits from Fosters once or twice a year where they will also offer Fosters & Son’s full bespoke. 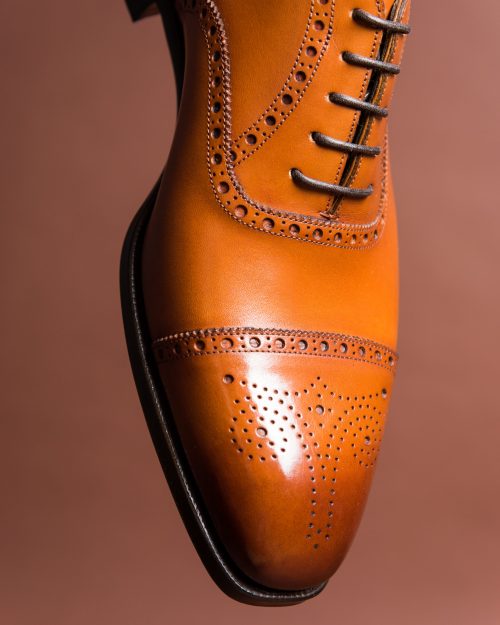 Semi brogue in light brown leather on a beautiful last with a soft square toe, a signum from Foster’s bespoke with the legendary lastmaker Terry Moore. 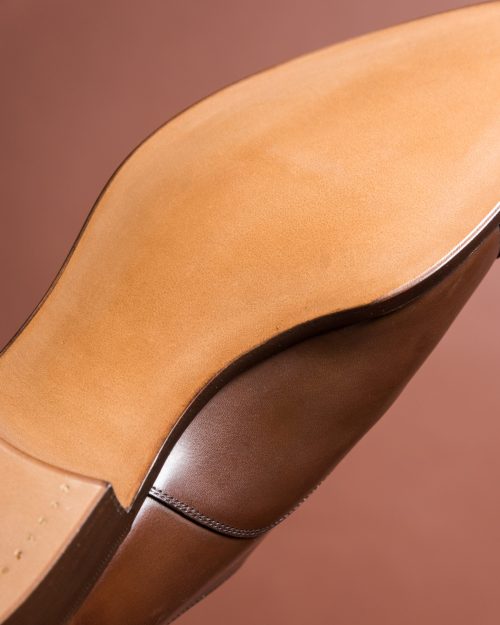 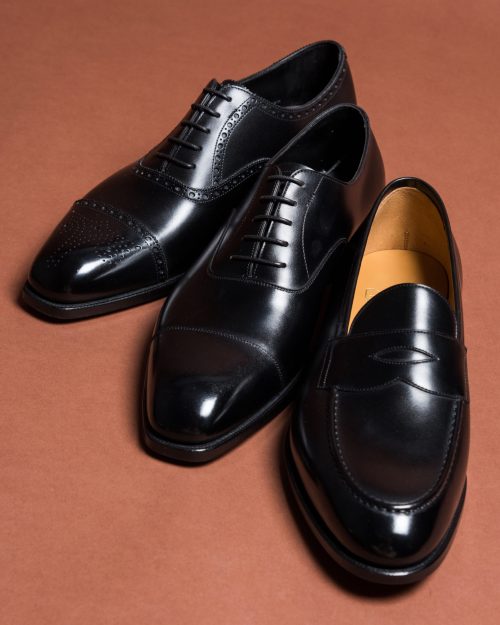 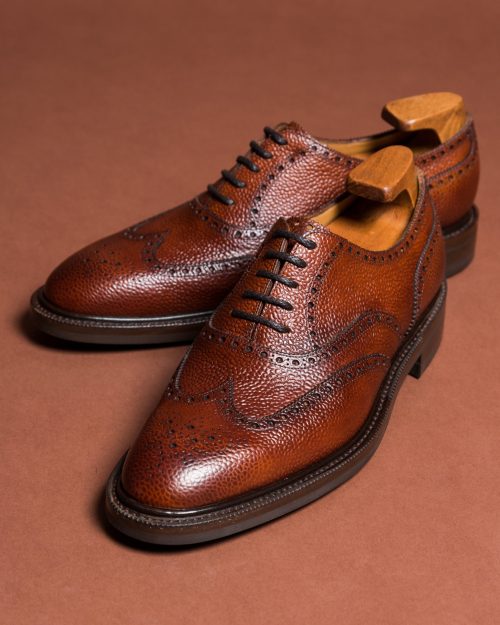