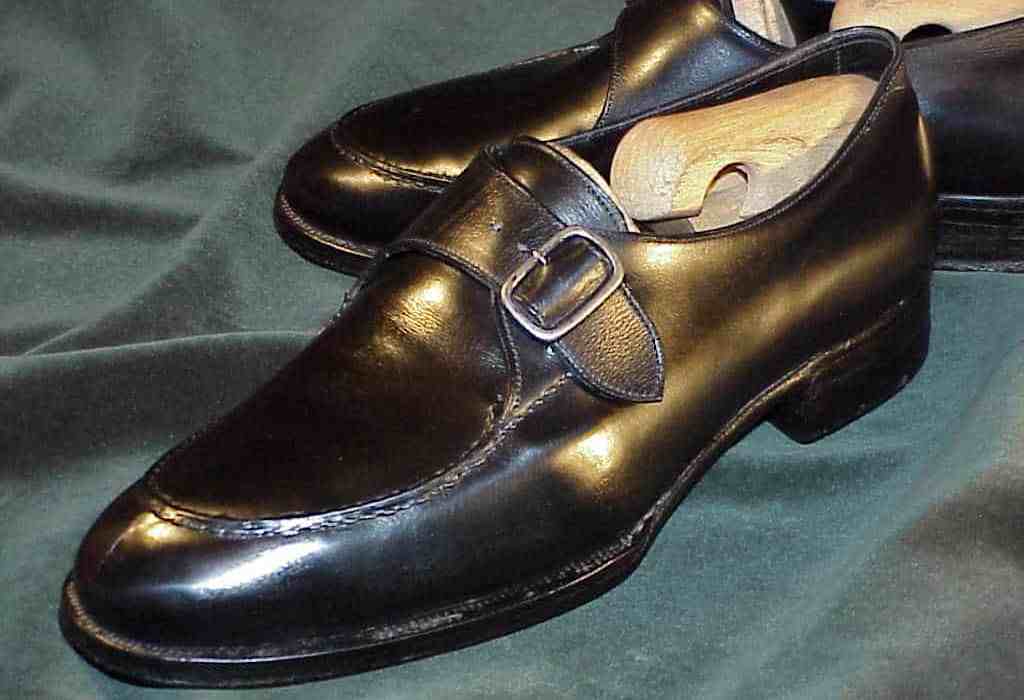 Monk strap shoes is often considered as one of the younger models among those usually referred to as the backbone of the classic shoe models. However, it’s a shoe type that goes far back in time, here’s a review of its history.

There is no dating of when the monk shoe was invented, but it was established on a wider front in Europe during the High Middle Ages (ca. 1000-1350 BC) when the monks, who earlier mostly had worn sandals, started using the model a lot. Hence, the name. The monks used it merely as a work shoe, since it protected more and was more comfortable to work in than sandals, and the buckle or buckles (yes even at that time there were double monk shoes) made it look quite alike their traditionally worn sandals. 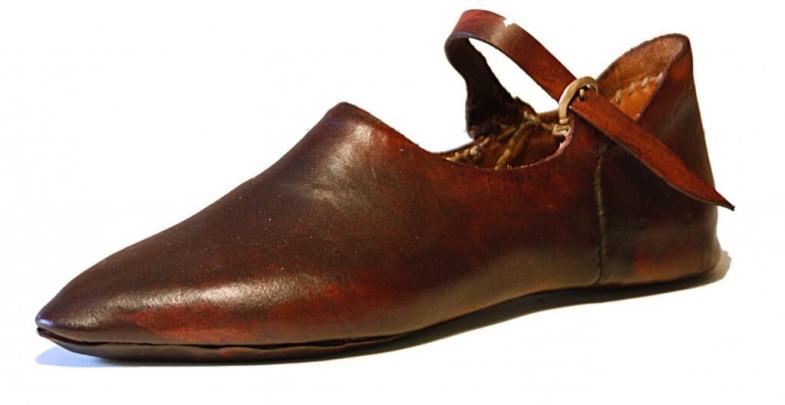 A typical variant of how the model that the monks in the Middle Ages wore, and hence is the original model of the monk shoe we see today. This is a replica of a shoe from the 1300s.

Here in the Middle Ages there were many different variations of the monk shoe, the most common was partly a more sandal-like variant where there was a toe cap but then opened up and with a strap that went over the ankle and fastened with a metal buckle on the outside. The variation that mainly survived to our days are like a cross between clasped sandals and what we today call a derby, with a part that is attached to the shoe’s tongue and where on strap or two straps goes into buckles that lock the shoe. The model worked fine to do with the turn-sewn construction method that was standard at the time. 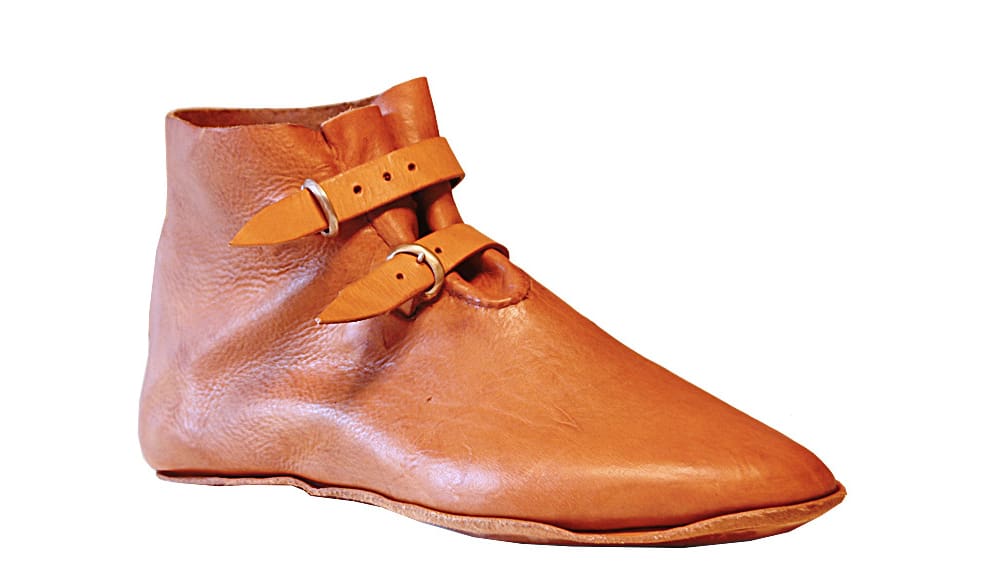 James Bond may have made the double monk boot highlighted again after Daniel Graig wore it in the last two films, but already in the 1400s they wore variants of it. Images: Medieval Design

The modern version of the single and double monk straps has evolved over the last century. Single monks has generally been most common, but as we know it’s the variant with two straps that has been most in vogue in recent years. Often John Lobb William and Edward Green Westiminister is named as the most classic variants. The hype that has existed and in many respects still is existing of the double monk shoe usually is said to have been started by Alexander McQueen and Yves Saint Laurent, while others suggest that the Italian style icon and the store owner Lino Ieuluzzi who have worn it frequently for some time has been one of the reasons. 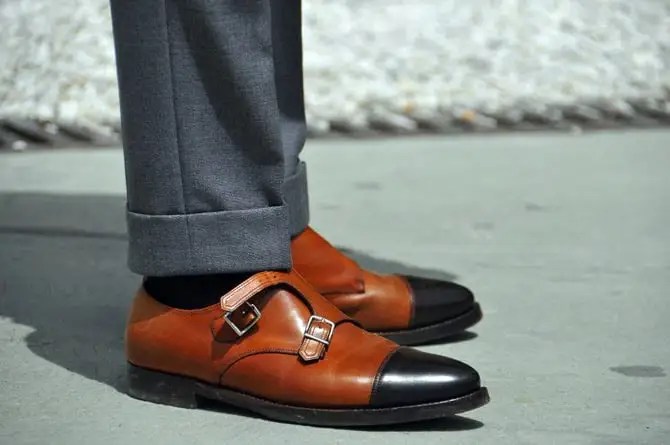 The formality level of the monk shoe is debated, and also differs depending on where in the world you are. Normally you categorize the monk shoe as less formal than oxfords but more formal than derbys. Not least, a black single monk strap without brogeuing etc are considered relatively formal in England, for example, and there it’s ofthen used with a dark suit in at the office. In some cases however it’s believed that monk shoes, especially double monks, are less formal than derbys. What’s true is a matter of interpretation, but as with all shoes the darker the color and the cleaner the pattern is the more formal it is. 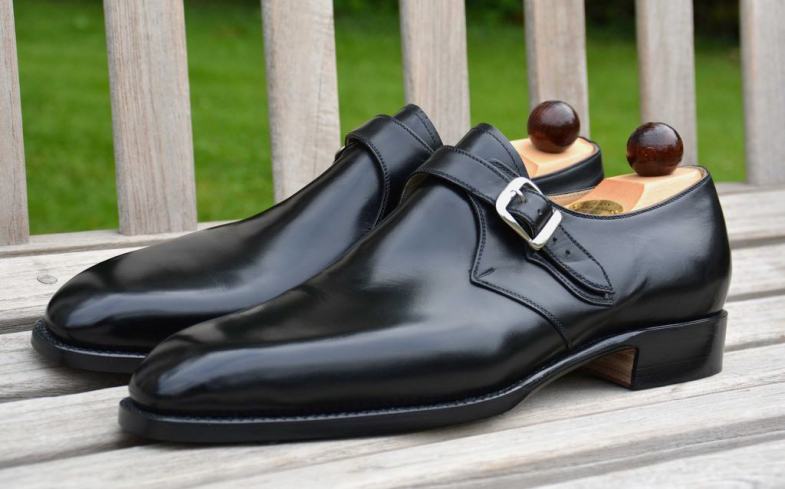 This type of clean black single monk strap is relatively formal in for example England. This one is from the Hungarian brand Vass on their U last. Picture: StyleForum (the top picture: Classic Shoes for Men)