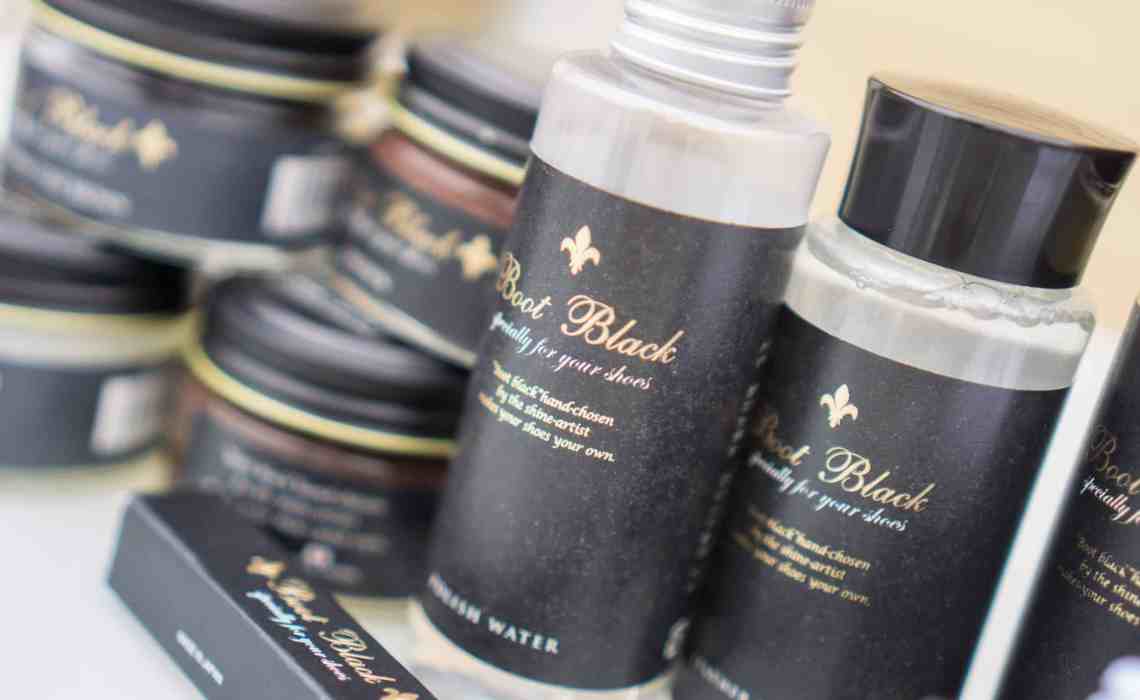 Often when the Japanese do things they do it properly. That also goes for shoe care products, where ambitious Boot Black offers an impressive arsenal of different types of products for all types of shoe care you can think of. Shoegazing has tested a selection, ranging from ordinary cream and wax polish to oil-based shoe cream, sole edge crayon and polish water. 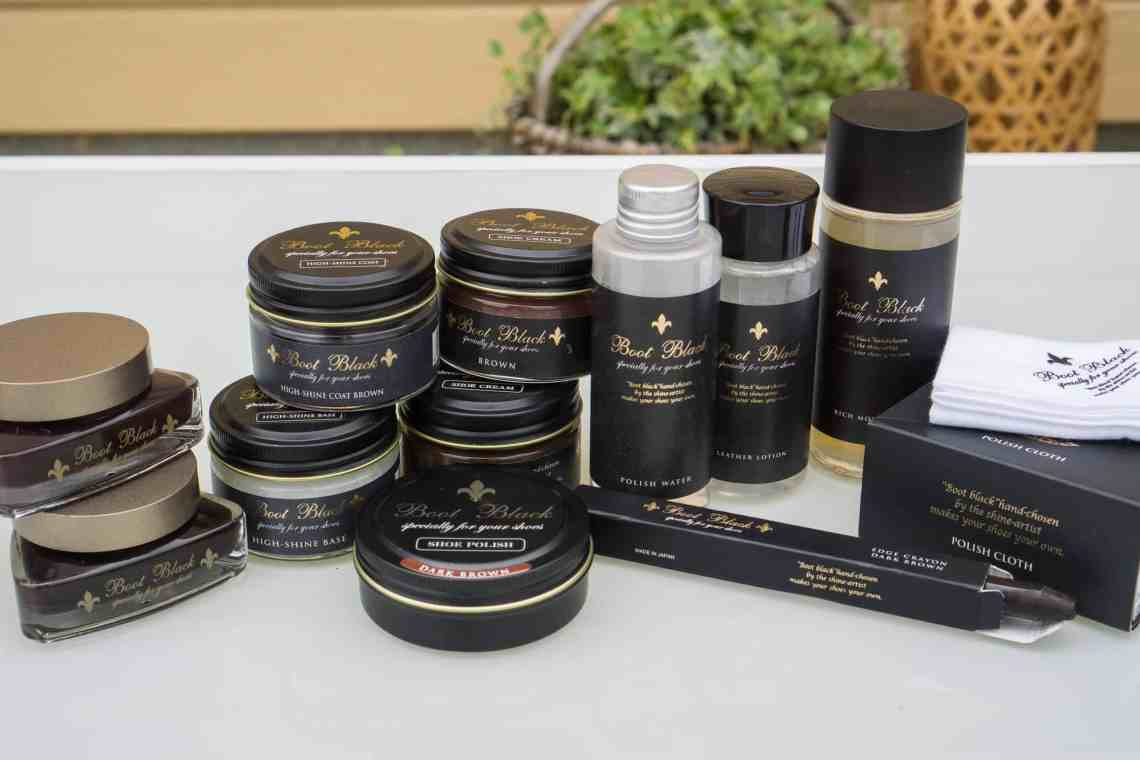 All the products I tested.

Boot Black was founded in 2008 by Japan’s largest shoe care producer, Columbus, which has been around since 1911. They saw the growing interest in classic shoes and a more specialized shoe care that followed, and developed Boot Black as their premium line. Columbus worked hard at their development department, where among others Nobuaki Fujisawa (currently operating the patina service Floriwonne/FG Trente at the well-known shoe store World Footwear Gallery) worked to develop a variety of premium shoe care products that were first established in Japan and recently has begun to expand internationally, including exhibiting at the men’s fashion show Pitti Uomo. From the Colombos factory in Matsudo, part of the larger Tokyo area. Photo: Boot Black

Columbus has a large factory and development department in Matsudo, outside of Tokyo. Here, they manufacture several different lines of more ordinary shoe care products sold in regular shoe stores and grocery stores in Japan. Boot Black, as mentioned, is their premium range, and in Japan they have become a major competitor to the largest player in the field, Saphir Medaille d’Or. I think it’s very positive for Saphir to get a more serious competitor, it will push developments in this area and benefit consumers. In Europe, several retailers of Boot Black are coming, one of the first being the German Shoe Shine Shop on Ebay, and in the United States Leffot has a lot of Boot Black stuff.

During over a year and a half I have tried many of Boot Black’s different products. The large amount of different types of products is Boot Black’s strength, and weakness. Partly since it’s difficult to know what one really needs, and partly since it’s hard to know what the difference is in some cases. As I usually say, the only thing really needed is shoe cream, everything else is a plus for the shoes and for yourself. It is, however, wonderful for a shoe nerd to stand at Isetan Men’s in front of their shoe care shelf where all of Boot Black’s products, in all shades, are gathered. It’s like being a child in a good candy store.

I have chosen quite a wide range of products, with several of their unique stuff like the oil-based cream and polish water, but there are some interesting things like their repair cream or suede products that I have not tried yet. To make it easily accesible, I have divided the review below per product, with a brief summary of the different ones I tried: 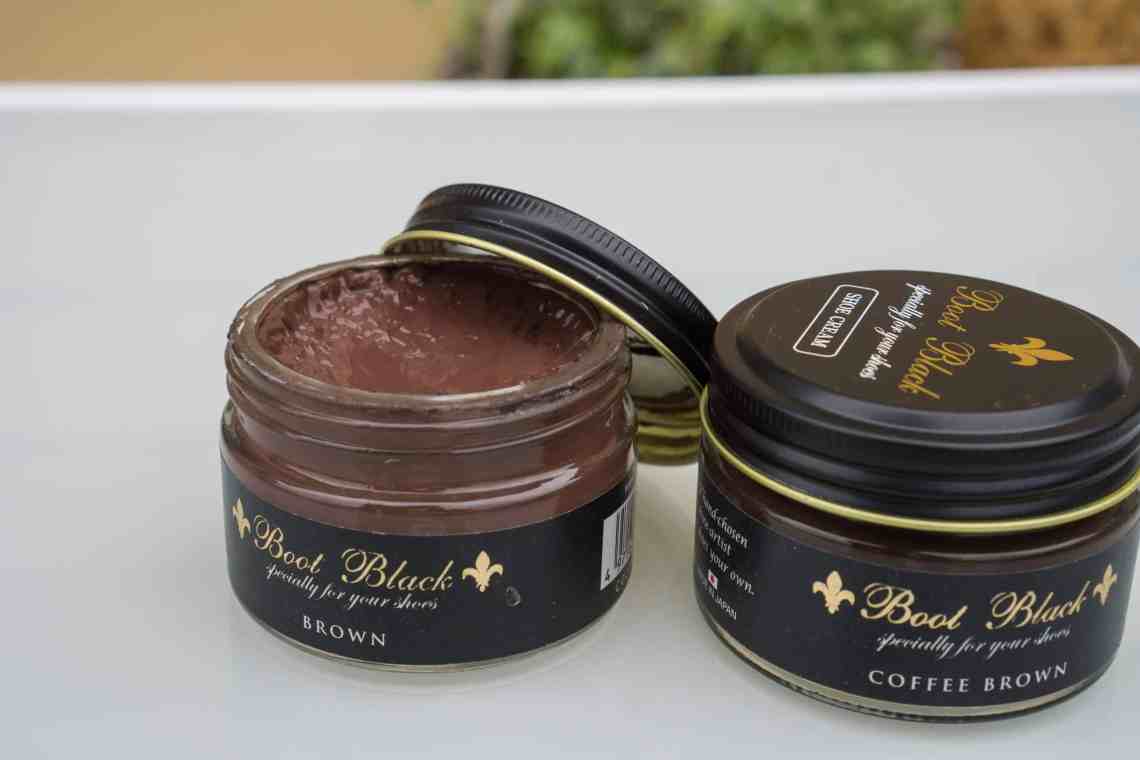 The first thing that strikes one is that Boot Black’s cream (and most of the other products) smell quite strong, a bit of the opposite to other new care products like Springyard Shoe Therapy or GlenKaren who tried to get away from the smell of turpentine (the natural solvent that is common in shoe care). Just like most premium shoe care brands, there are exclusively natural substances that are included in the products, no silicone or similar. The cream contains quite a bit of pigment and is a bit looser than, for example, the Saphir Medaille d’Or cream, but not as loose as Collonil 1909. It’s easy to work with, goes into the leather nicely, covers scratches well, and is generally a nice product. Doesn’t particularly stand out though, but solid. 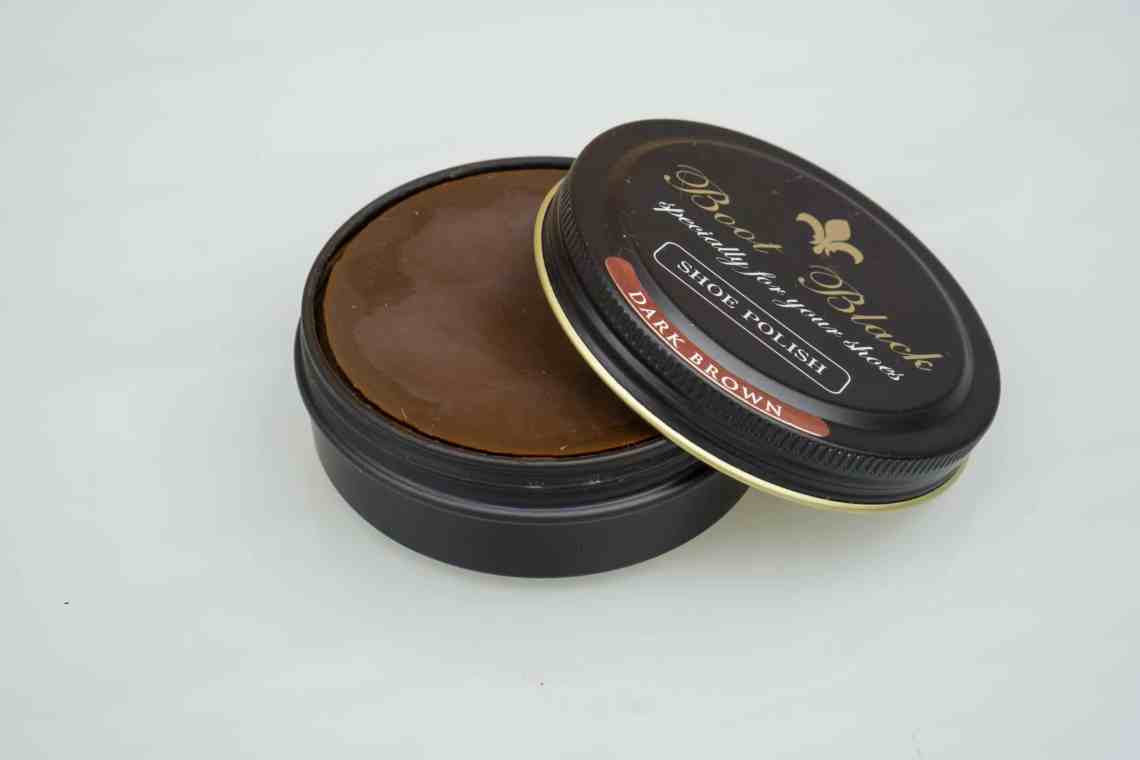 Boot Black’s standard wax. It’s a bit smoother than many other waxes, but quite easy to work with. It works fine to get a high shine with this, but it is a typical standard wax and comparable to most others in the market. 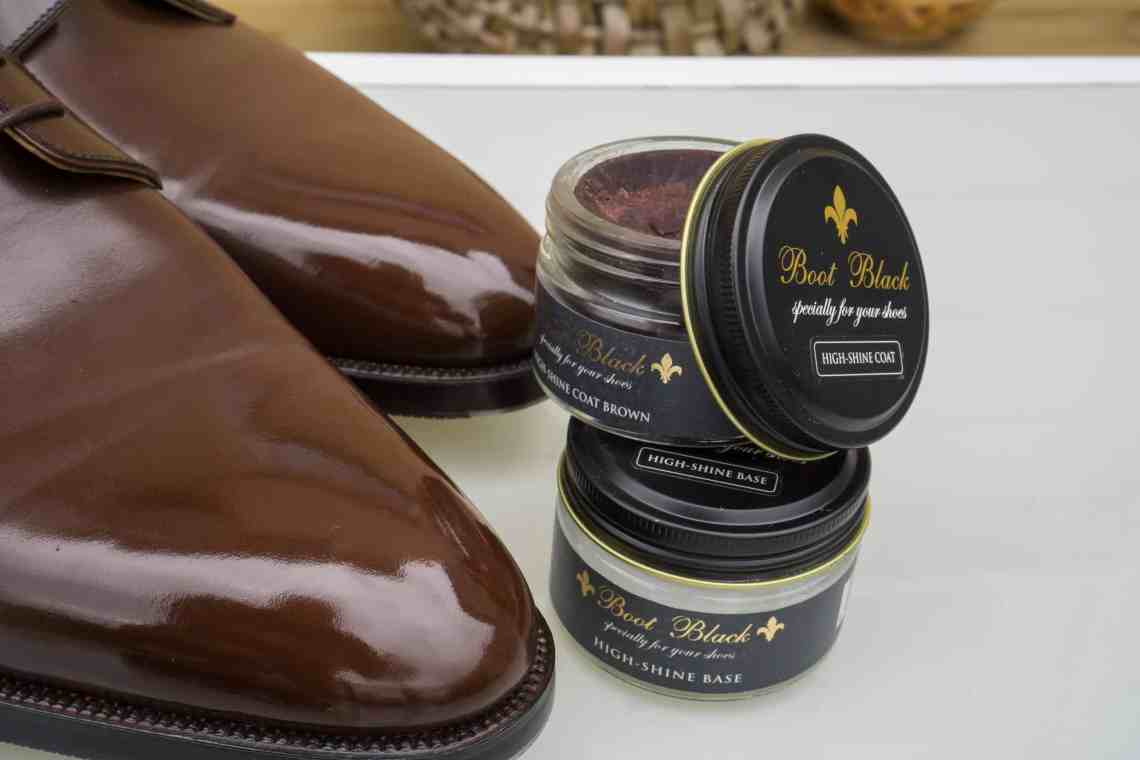 Their high gloss products are definitely nice to work with.

Now, we start coming to the more interesting Boot Black products, offering something special. In addition to the usual wax cans, they have a series called High Shine, with harder, more concentrated wax that will provide a faster shine. Here is a jar called Base to be added first (after the shoe cream before the can called Coat), it looks and feels like a neutral colored polsih, but should provide a better foundation for the Coat product. These are then available in lots of different colors, and should be worked with as usual wax polish. They are quite easy to get a nice shine with, like GlenKaren’s wax or Saphir Mirror Gloss. It’s also in my opinion easier to work with than the usual wax, because it’s pretty hard in the texture which is of my taste. However it is unclear if the Base product is really needed, have tried without and can’t say I experienced a big difference. 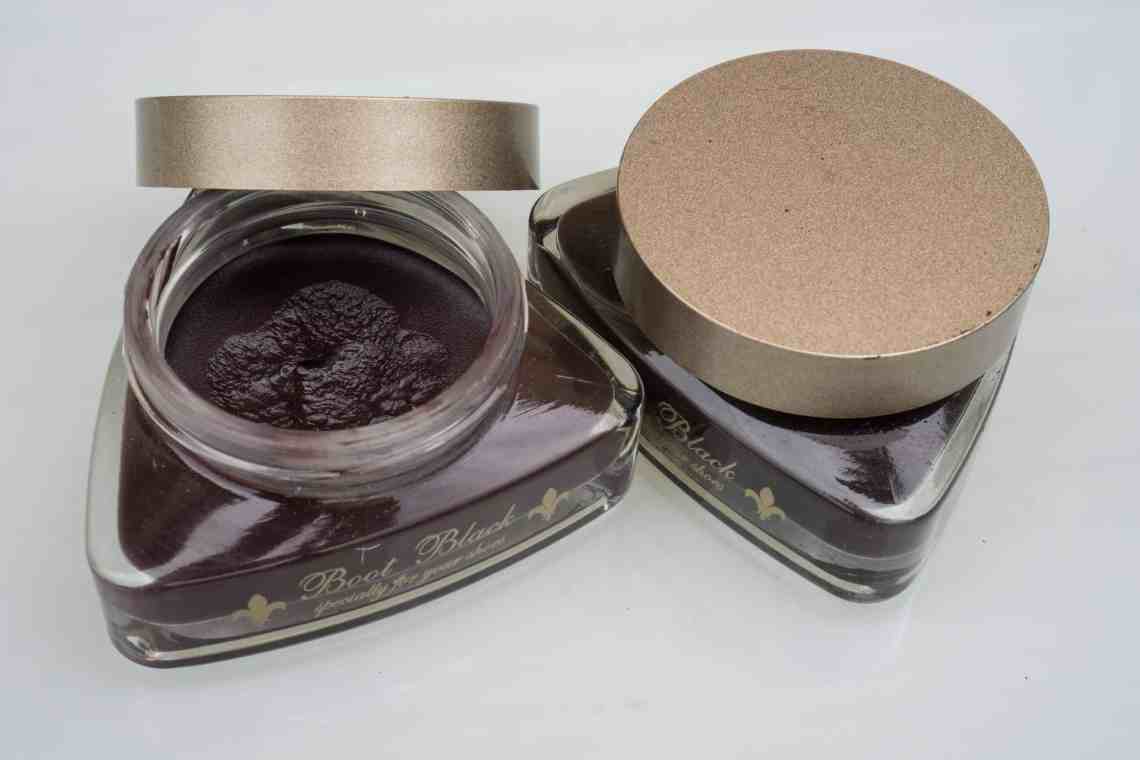 A completely unique Boot Black product, which is a different kind of shoe cream that contains significantly more oils (natural ones), which will allow a high gloss over the entire shoe, also those parts that bend. I have tried the products on a pair of different shoes, and I admit that I do not really get the results. I get a gloss, but it’s not very spectacular and looks a bit artificial, a little bit wet in a sense. However, I have seen pictures of shoes which have been polished with the product that look fantastic with a high shine throughout the whole shoe, and know that Nobuaki Fujisawa mentioned above work a lot with the Artist Palette series. So it’s possible that it’s my technique that is flawed and the reason I don’t get the full potential out of the product, I’ll continue trying to find my way of using it. 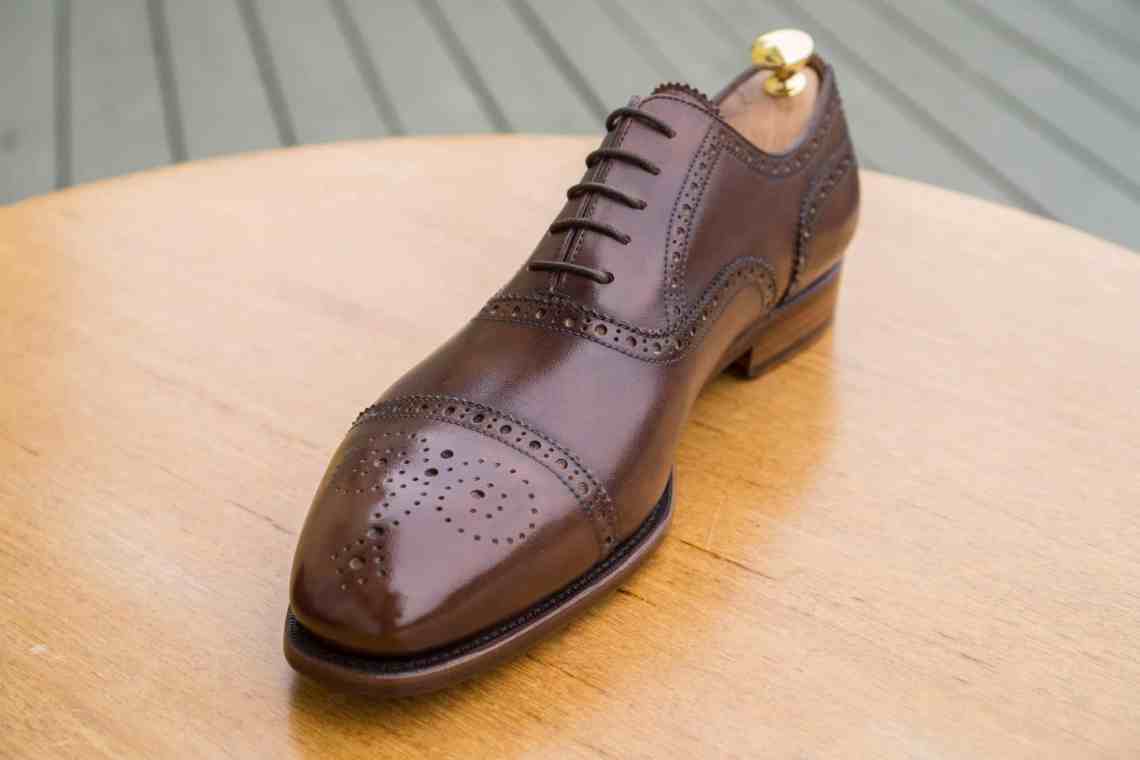 A Myrqvist shoe shined with Artist Palette. The leather on these is quite coarse with large pores, and I used it on the shoes when they were brand new, so maybe not the ultimate test object. 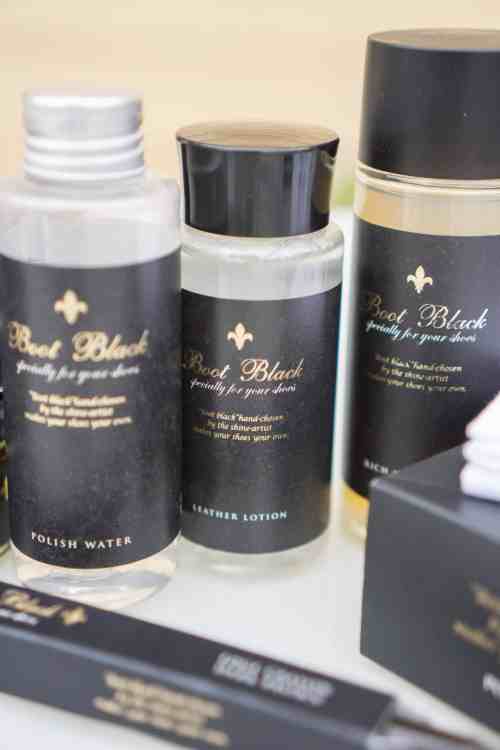 This is a cleaning product that for some reason is called Leather Lotion. It acts like a mild stain remover, not suited to remove excess cream, but a bit of dirt. As such, it works perfectly well, it’s a clean fluid that you take on a cloth and work on the dirty area. 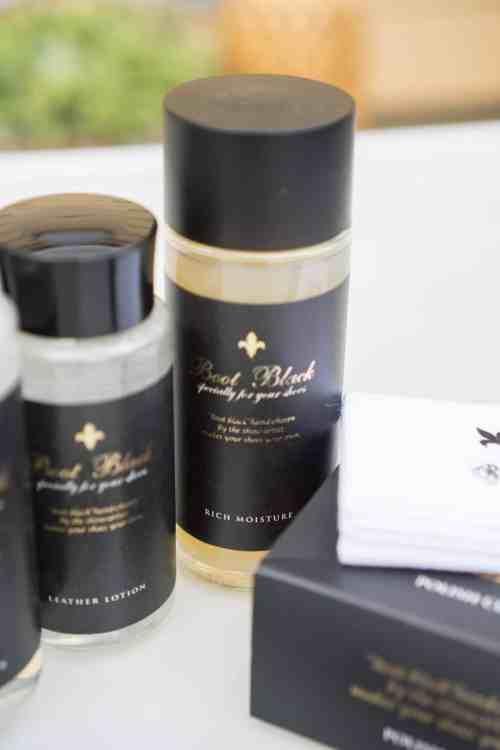 A good product for moisturizing leather.

A moisturizing lotion that really rehydrates the leather. It is very lasting, one takes a small amount on a cloth to use on a large area on the shoe. Feels really nice and really feel that leather that feels a bit dry improves a lot after a round of this. The only downside is that the bottle is hopeless, a hard glass bottle with a small opening that you really have to struggle with to get the product out of. 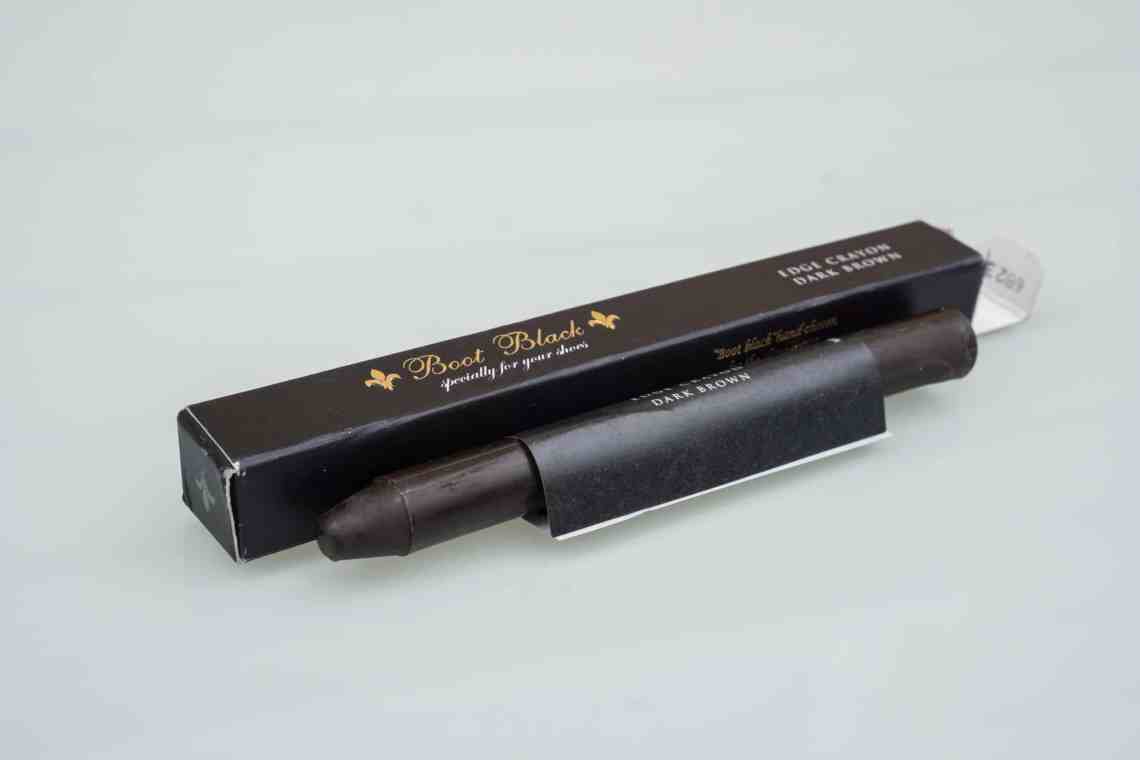 This was one of the products I was most fond of finding, as I often quickly scratch the sole edge of my toe and would like a quick fix for this. Unfortunately, a big disappointment, you rub with the chalk on dry sole edge and hardly anything happens, noticed that if you moistened the area, it became better, but still nothing that fixes the marks completely. Regular shoe cream is still what I use to fix scratches on the sole edge. 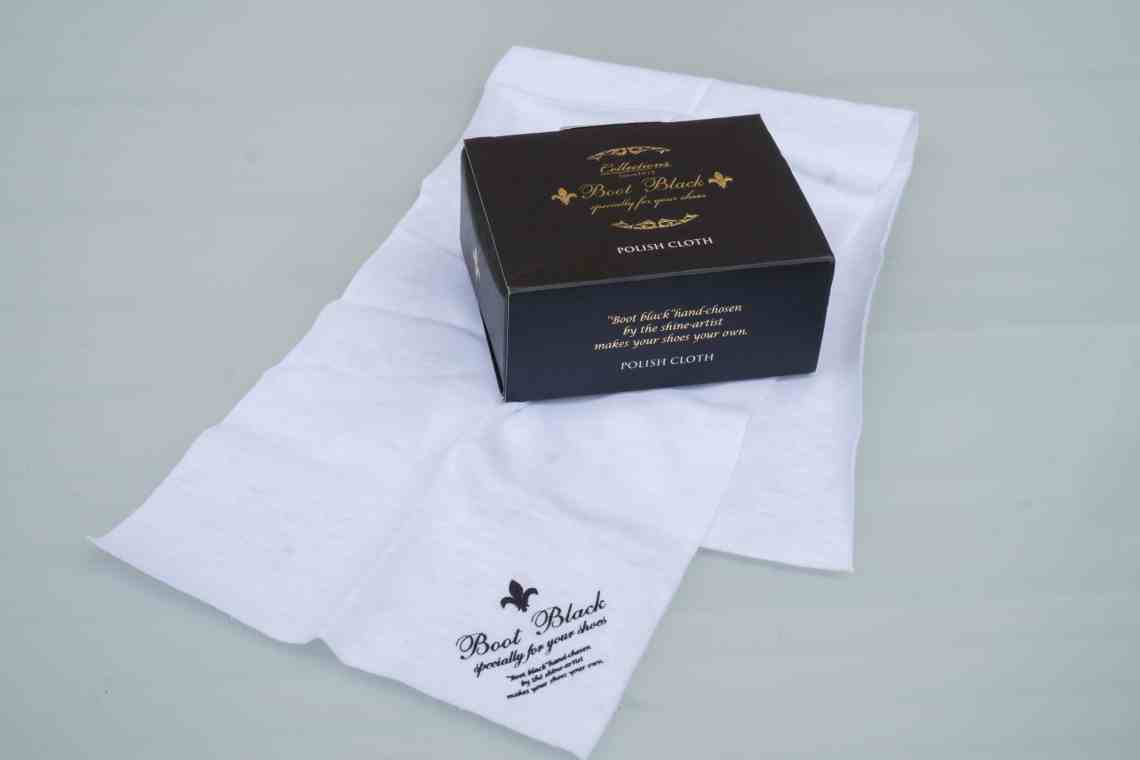 A favorite in Boot Black’s range, three piece pack of white, thin cloths in a slightly elongated format. They have a bit of stretch, which makes them easy to wrap around the finger, and is excellent especially for working with wax polish. Because they are quite thin, they are not ideal for shoe cream, I’m still using regular thicker cotton cloths for this, but when I’m doing the shine I’m only using these cloths nowadays. The thin, fairly tightly woven material makes them excellent for the wax. 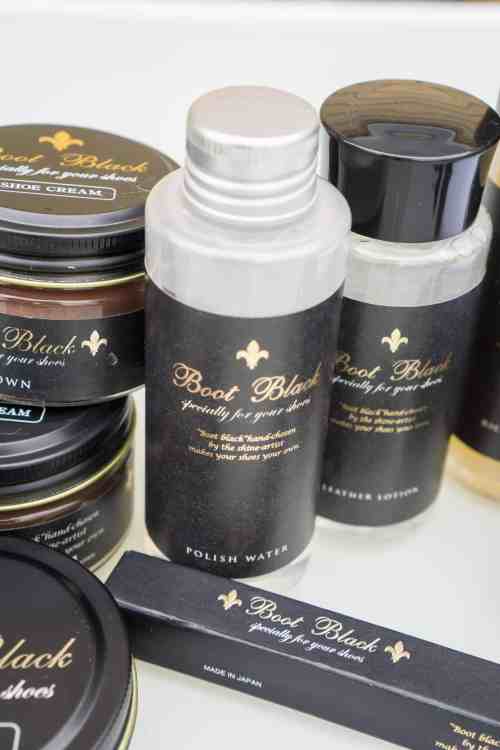 The big surprise, which I really bought mostly because it felt amusing that they sold polishing water for over €10. But this alcoholic water actually makes it easier for you to work out a spit shine. It helps reduce friction and make the layers of polish build up nicely. Not that there is any magic difference to plain water, but it makes the work a little bit easier, at least that’s my experience. You may use a bit more water than usual, so the bottle runs out quite quickly, but for me it’s worth its money.

Boot Black is a very interesting manufacturer of premium shoe care products, which, in addition to good base stuff, continue pushing development with several interesting new types of products. The fact that the Japanese shoe nerds have taken Boot Black to their hearts is understandable, and I think it’s possible that Europe and the United States will be interested in their offerings. 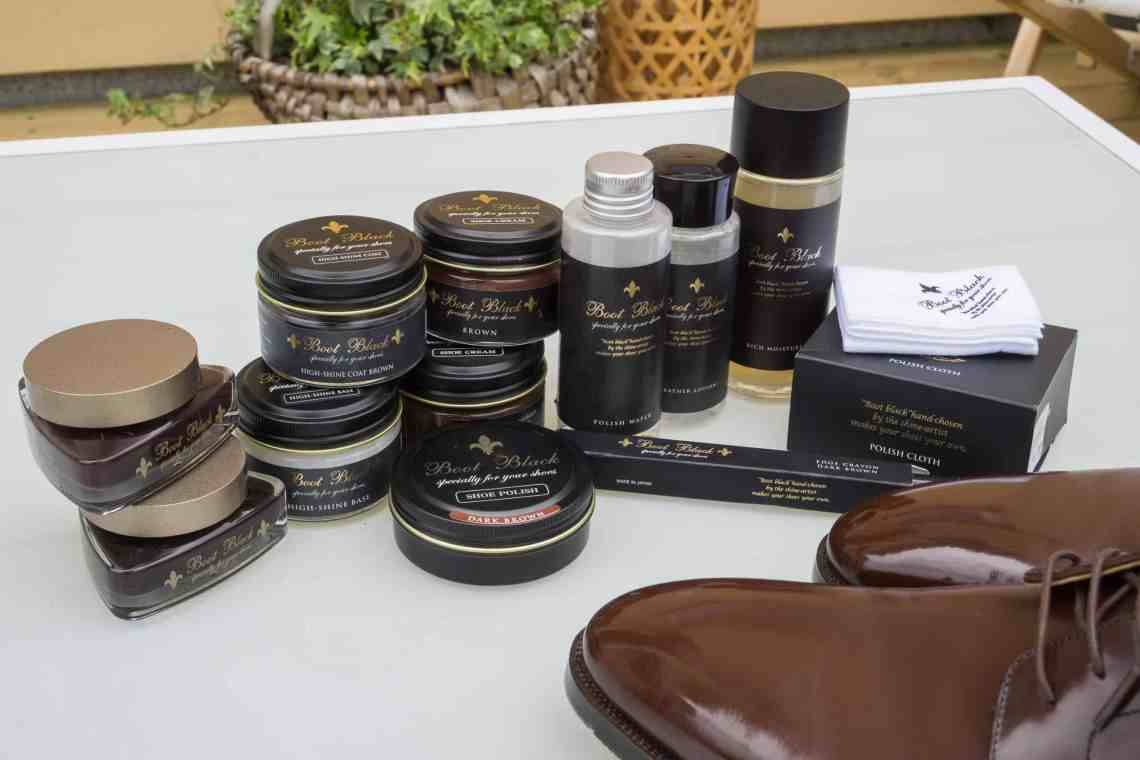 Another image of the lot.

The Gothenburg-based initiative The World of Shoes, which I wrote about at launch, combines editorial content with a webshop has launched a crowdfunding campaign, inviting people to become shareholders in the company when they make a rights issue. The money they want to use for enhanced digital advertising with Adwords and SEO optimisation. 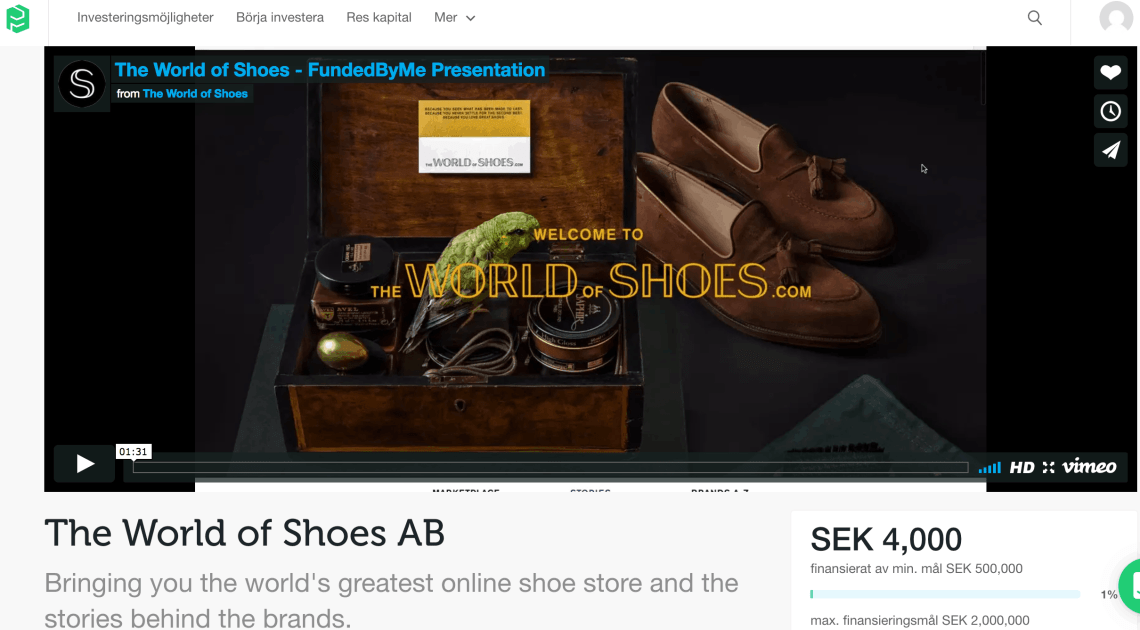