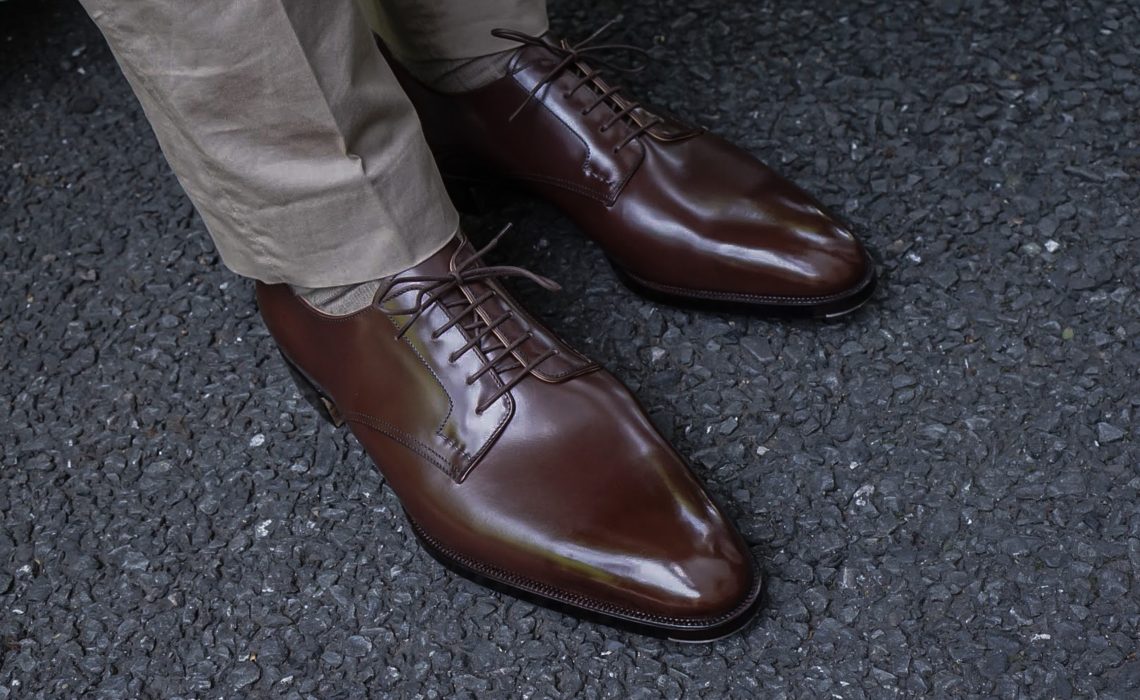 Buying shoes online from a maker one haven’t tried before is a challenge, and internet is full of size guides and questions and answers on sizing. Grayle is a new website that wants to be the one stop solution for all shoe sizing questions, by building the world’s largest database on shoe fit.

Something similar has been tried before, especially SizeAdvisors gained some traction, but the site was closed a few years ago. Grayle is new to the scene, and they will have a long way to go before they reach their goal, but the folks behind it seem to know this and intend to work in several ways to quicker be able to give proper size advices. The focus for Grayle will be gathering users who upload their feet measurements (following Brannock, which is commonly used in for example the US, con that it’s relatively basic, pro that it’s easy to get consistency between people’s measurements) and then fit reviews of shoes one own. Advanced algorithms will then work to find other persons that have similar feet and fit as you, and based on these be able to give you good guidance in what size you’d wear in various brands. You’d both be able to get sort of direct, straight up size advices, but also be able to go in and read what others who you match with in terms of brands and sizes say about the fit in that new brand / last that you are looking at, etc. 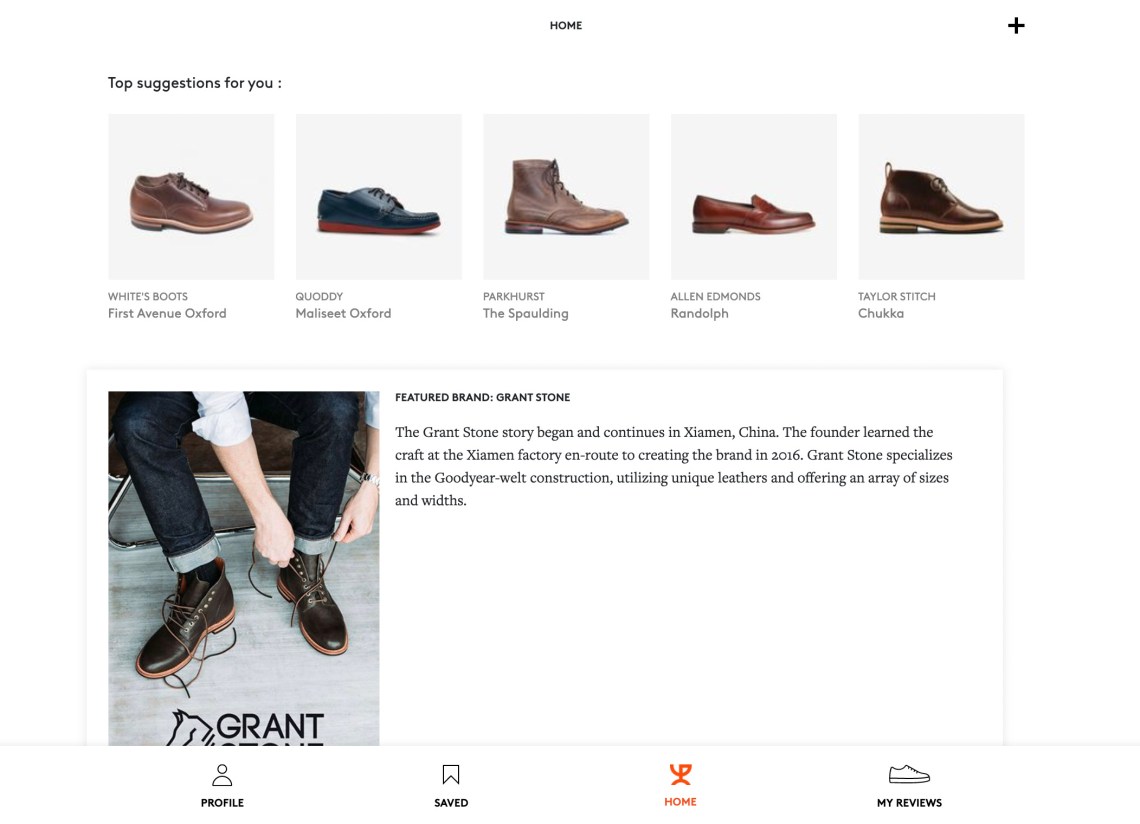 The landing page of the Grayle portal.

Now, as mentioned, Grayle is new and has just opened up their beta version of the site. It’s functional, but not finished in looks and content it wants to offer. However, since the one thing that will be more important than anything else is users data and input on fit of shoes, they want to start gather that straight away. The more data they gather, the better the service will be. This is where SizeAdvisors failed, after several years they still had only reached about 4,500 reviews, and that’s not enough data to really be able to help users with more than what they get from more loose forum member input or similar. Grayle will also aim both on dress shoe market and workwear boots brands, along with sneakers on the side, which I think in the long run can be good to build a large database. 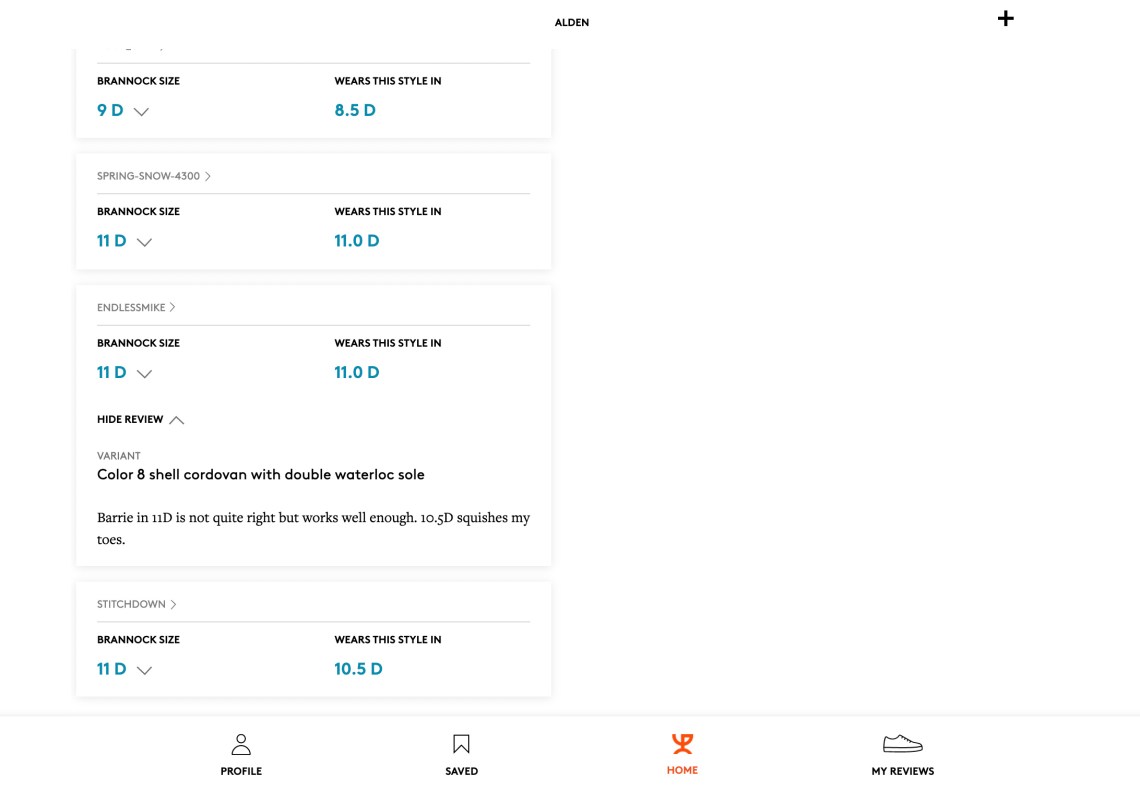 An example of how it can look where the reviews are gathered, under an Alden model. Grayle is an American company and most of the folks who’ve started testing the site are Americans, so it’s on big brands in the US that one can find a decent amount of fit reviews at this stake.

Grayle, as I understood it when I talked through the concept with founder Kyle Moredock and gave my input on things, will be free of charge for users and eventually make an income from brands who want to be highlighted on the site and for directing customers to the makers. To improve and quicker be able to give good advices they also want to gather input from the makers on for example last measurements etc. It’s quite a challenge to really be able to achieve what they aim for, hopefully Grayle will have the persistence to succeed. I do think that something like this can be very useful if enough users gather up and we have a really solid database with the right help from algorithms and a good user interface. So, head over to Grayle straight away and do your part to build the database, and spread the word about the site.