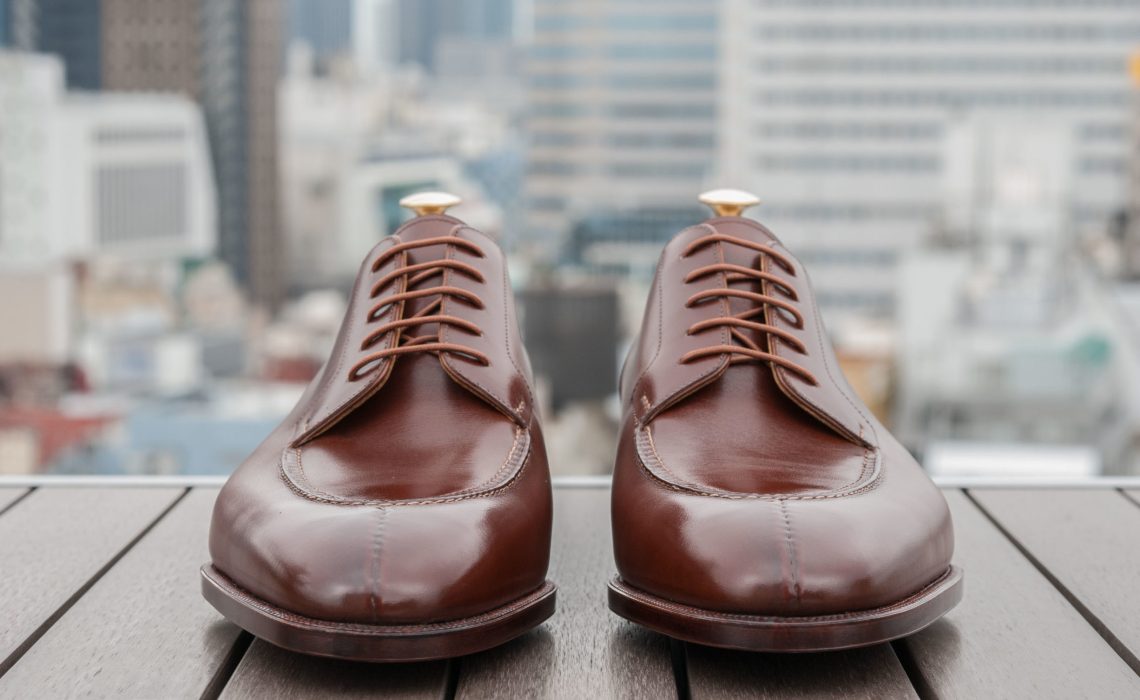 Split toes, especially split toe derbys, has seen a rise in popularity in recent years. The way to make the toe seam of this model vary a lot, from fully handmade stitches to fully machine-made, versions with different looks, versions that aren’t really split toes but with decoration seams, and so on. Here I show and explain most of the variants.

In an upcoming article I will showcase different versions of the apron seam, which is the seam that runs along the top front part of the shoe and connects the vamp with the quarters. They can be done the same or similar as the toe seam, but also differs in many cases. Here though, it’s all abut the toe seam. 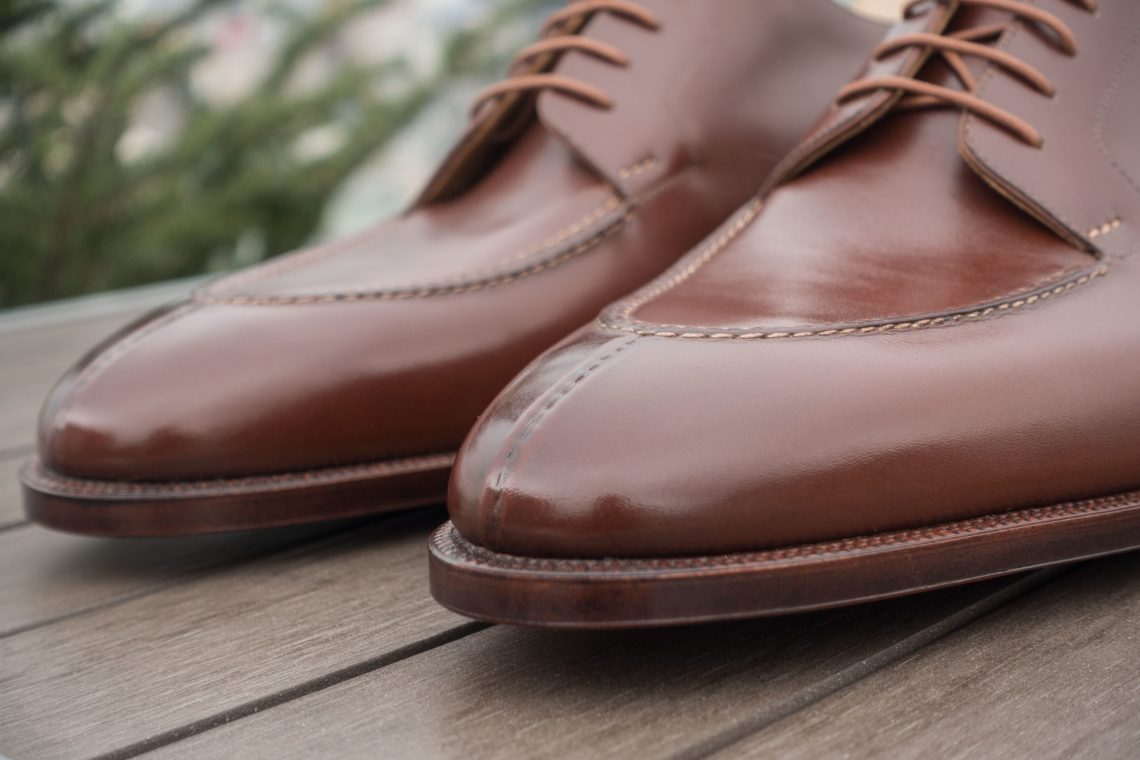 We start with the most classic, “original” version of the split toe seam, usually called a skin stitch. This can only be done entirely by hand. 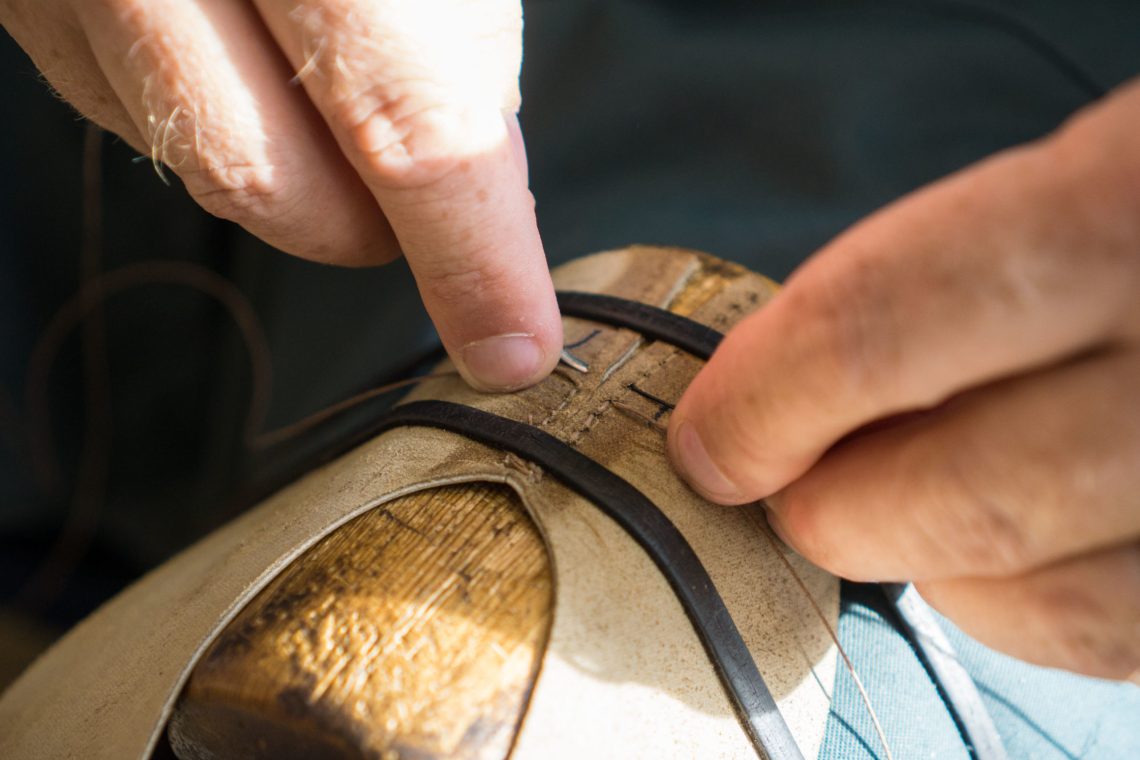 This photo shows relatively well how it’s done. The leather needs to be a good quality full grain leather, with the two parts “butted” together with the sides towards each other. Then one makes a hole halfway through the leather, insert threads from each end usually with boar bristles as needles, and pull tight. This type of stitching, if done right, is extremely strong. 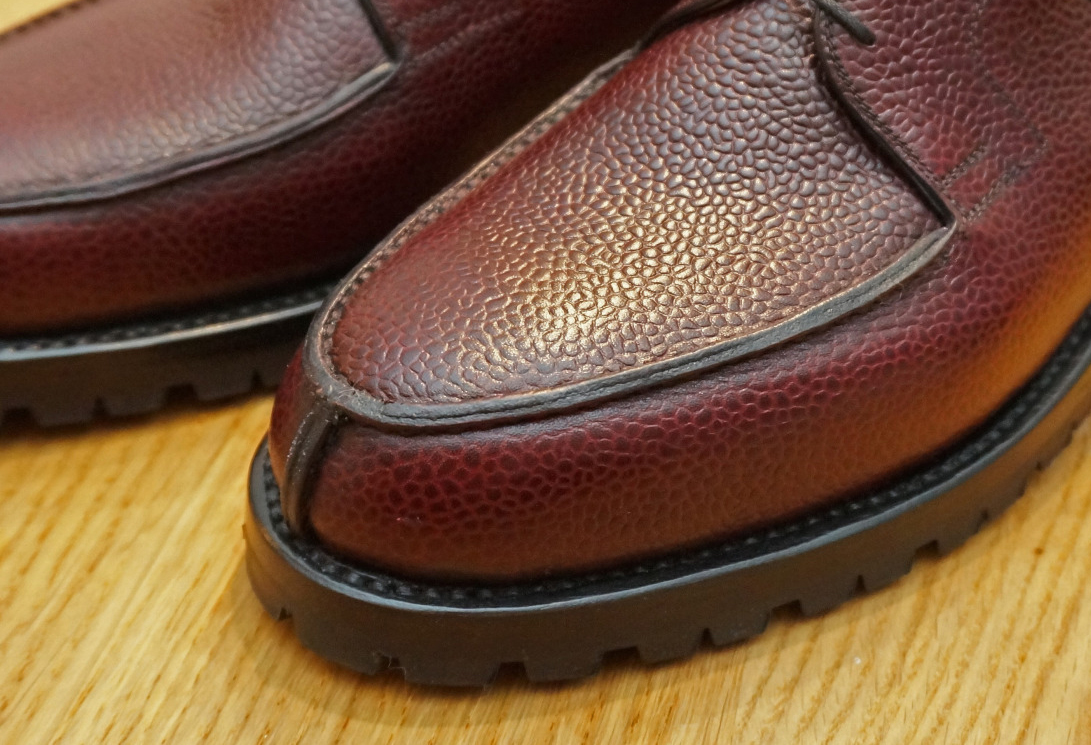 This version have the parts placed flesh side against flesh side and then stitched close to the edge. Stitches can be made either with machine or handmade, here by Vass I believe it’s made by hand. Picture: Pictuturo 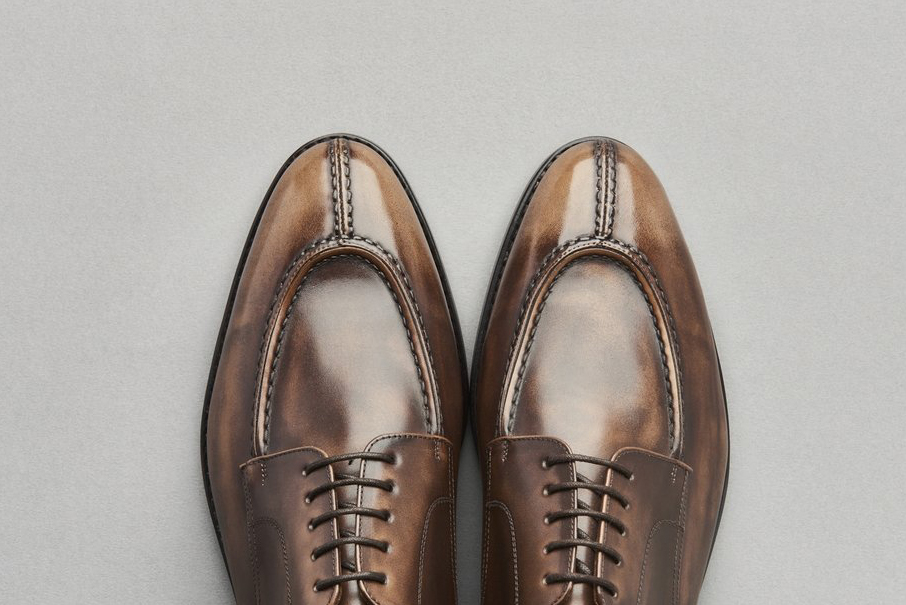 This version by Spanish Yanko is a bit special. It’s first machine stitched with the sides placed grain side against grainside and then folded correctly, then a handmade stitch is done outside of this from above, so to speak. The reason for making the machine stitch first is since it’s easier to do the hand stitch after the pieces are already in place. Picture: Seamless Bespoke 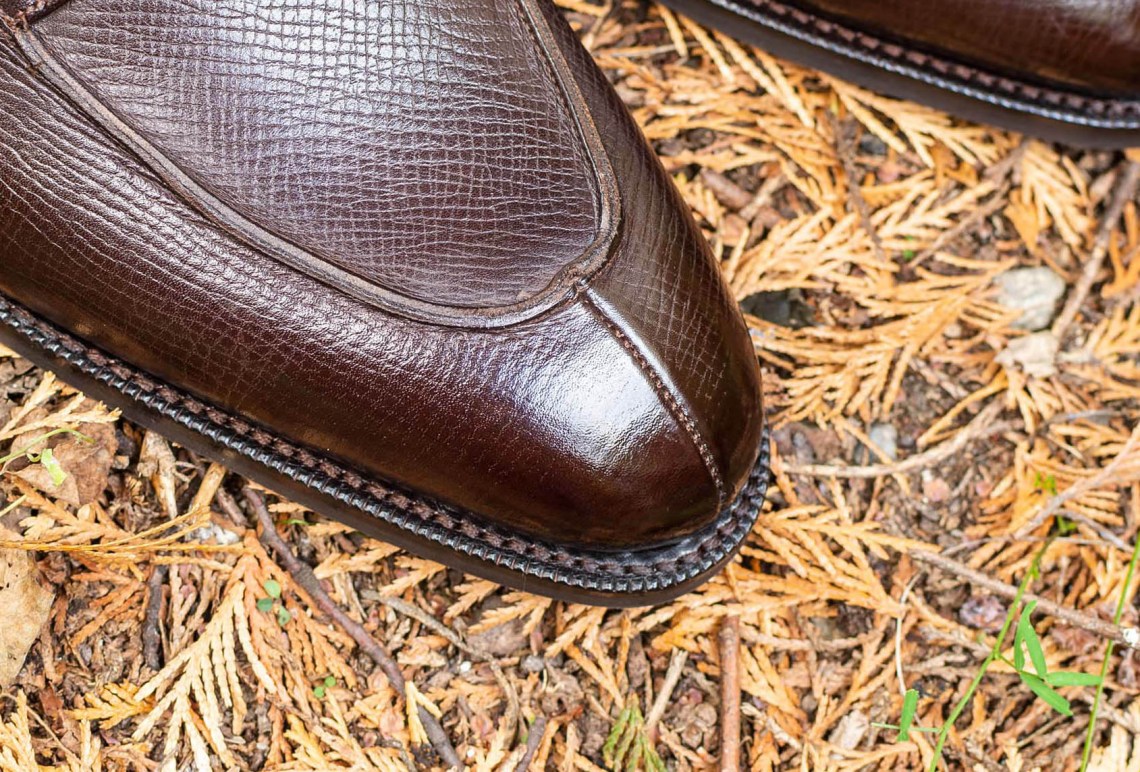 A very common version in the lower price segments is solely machine stitched. Also here the toe seam is done with the two pieces at the toe placed grain side against grain side, stitched with machine, and then folded right. Picture: Sons of Henrey 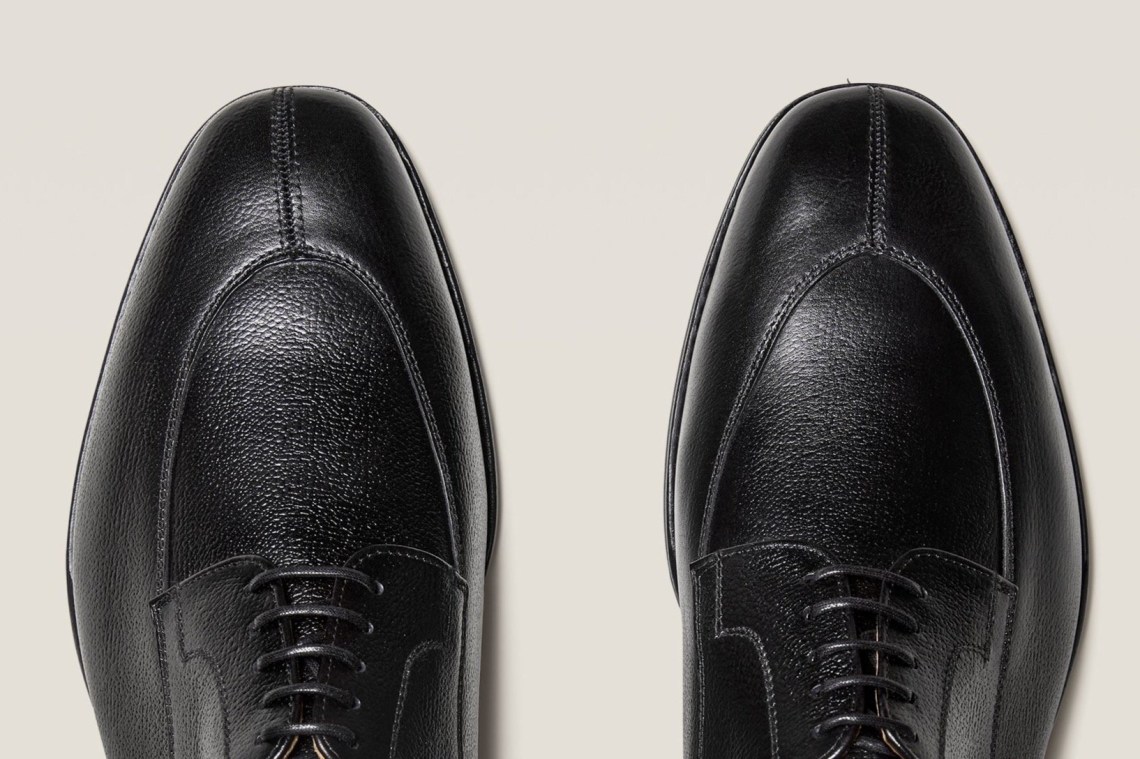 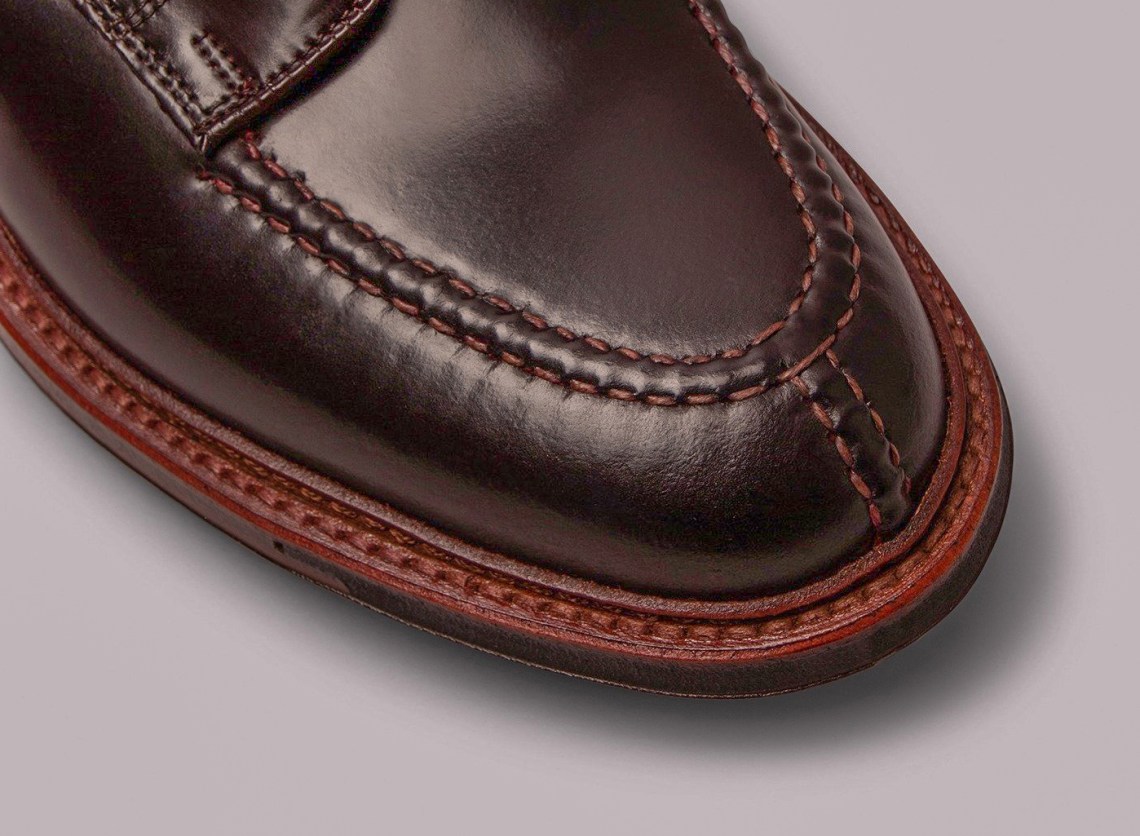 Now we move over to versions that technically aren’t split toes, even if they unfortunately often are called it anyway. I prefer when one refers to them as for example Norwegian blucher or a similar model name, or write for example “Reverse stitch toe” (see below for this type) if this is what’s been done, and not have an actual split, instead of incorrectly saying that it’s a split toe. With these cases here it’s basically different types of decoration stitches. Nothing wrong with this really, in many cases they are relatively advanced to make and often done by hand. As here where Alden has stitched the toe seam (as well as the apron) in a full piece of leather, done from the outside. On most shoes with only an apron, like many loafer models etc, this is the way often done. Picture: Gabucci 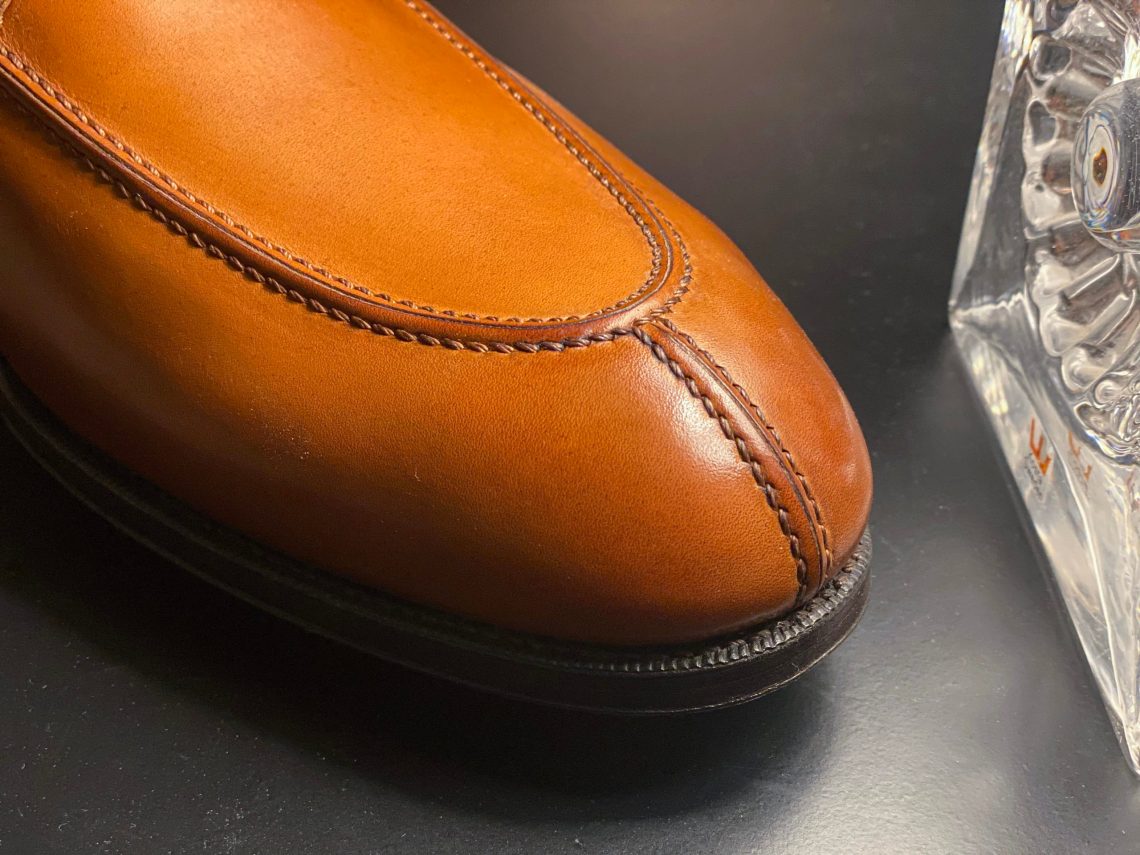 This is made in a similar fashion but with a machine, and here they’ve cut a small slit in the leather to further enhance it to look like made from several pieces of leather, yet still done in one full piece. 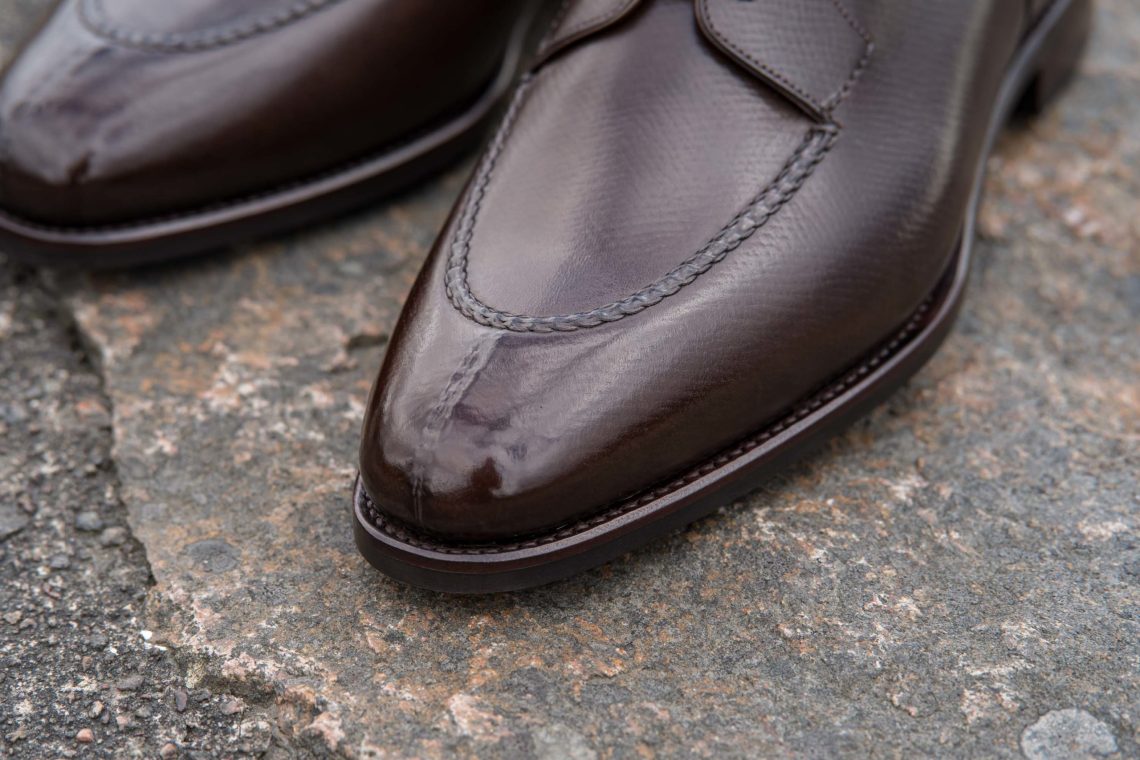 This version can look very similar to the skin stitch split toe seam shown first in the article, but is also just a decoration stitch. Not that easily made though, also has to be in good full grain leathers, where one do the same type of handmade stitch done halfway through but only done in a full piece of leather, a so called reverse stitch, which will pull the leather enough to have similar look. This is easier (bear in mind: “easier”, not “easy”) to do than skin stitch two pieces together though, since you have a full piece to work with, and this can be done where you punch the holes with a machine and then do the stitch by hand, which is most common.

Learn more about the history behind the split toe derby model in this article.