The tip – Place the creases 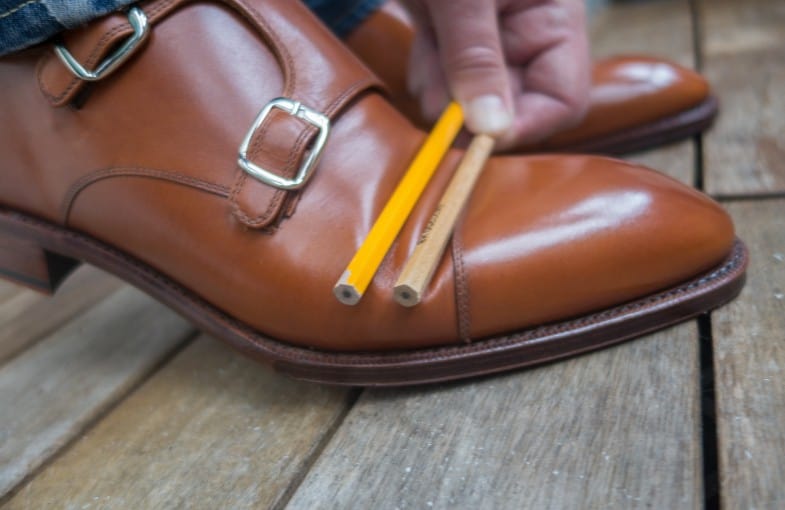 This is a technique that works best on cordovan shoes, but which also can be used for normal calf leather. It’s about simply guiding the leather how to crease by pressing two pens against it when bending the shoe for the first time. The aim is to gather the creases to where it is intended to be, in two lines at the shoe’s flex point.

It is a method used by some bespokes shoemakers when customers come in to collect their finished shoes, which serves to help the leather to find the right place to crease at. When it comes to bespoke shoes the fit is also optimal, and it’s then that this technique works at its best since there’s not much excess leather which needs to fold itself up somewhere. But it’s also possible to use for RTW shoes, and as I said above especially on cordovan shoes which crease in a certain way. On those you can even smoothen out the leather and move the creases if you wish, with a deer bone for leveling and then the pens for the placement of the creases.

However, that’s not how it works with calf leather, here basically the first step you take determines how the shoes will crease, to put it harsh. Of course, new creases appear and the emphasis of the creasing can move a bit, but if you put it simple, that’s the fact. Therefore, the method of pens to guide the placement of the creases on a completely new shoe, that has not been tried on in the store, for example, or where you yourself trudged around the apartment to see how they feel. In other words, you need to be sure that the size is right and that these are shoes that you should keep, as the method means that you have to bend the shoe very strongly and make proper creases in them directly. Here’s a step by step guide with photos of the process: 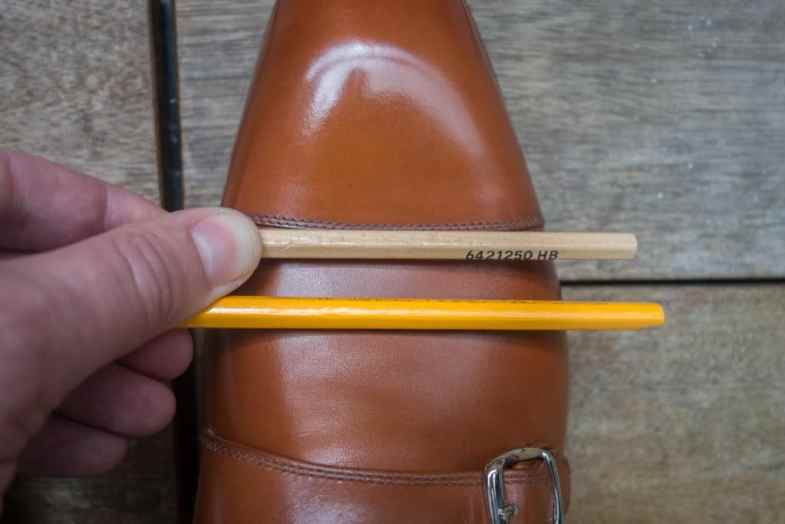 Place the pencils with a small gap between them over the so-called ball of the foot, the widest point, where the shoes flex area i. You shouldn’t care too much about where the toe cap ends (if the shoes has one), it varies from shoe to shoe.Like on these shoes the toe cap is quite long, longer than the internal toe stiffener, so here the creases have to be placed just behind the seam. 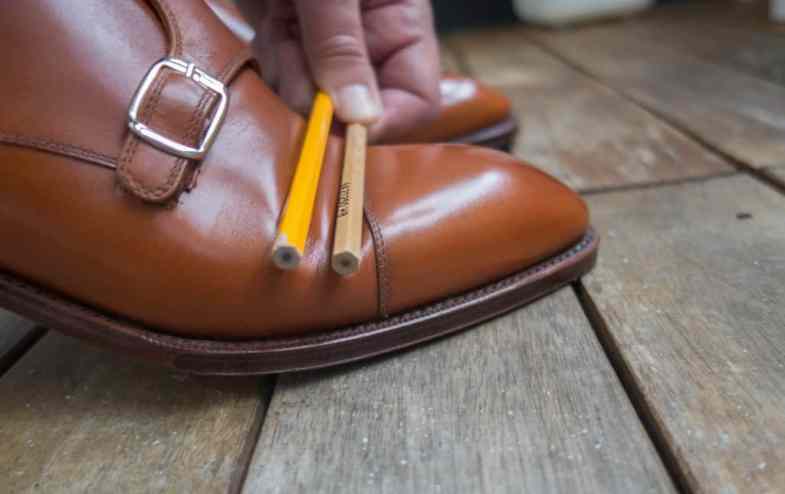 Then bend the shoes substantially, as if you would take a long step or something like that. You have to dare to bend it properly and actually create proper creases. It’s for the future to do this, so you have to accept that they become more creased than when you just take normal steps and start using them the common way. In the picture I hold the pens with one hand to take the picture, but when you do this, hold the pencils with both hands and keep it fixed. If you have the opportunity, you can also ask someone for help to hold the pens. Then repeat the same procedure on the other shoe. 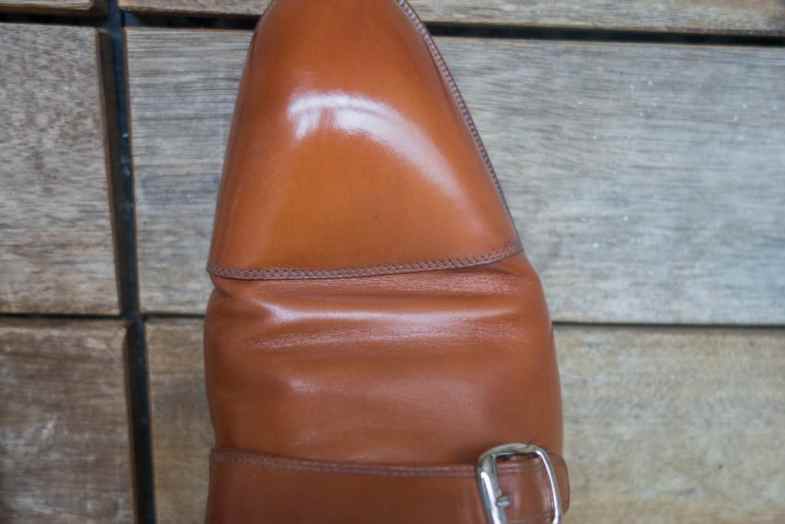 Here you can see how the majority of creases have gathered in two straight lines over the vamp. It will likely still spread some with time, but the chance that there will be focused creases in the right place is greater, especially if the fit is good. The shoes are a pair of double monks in tan from the Spanish brand Yanko.