During the 1800s new machines that could handle different parts of the footwear manufacturing appeared regularly, everything from different cutting machines to machines that sewed shoes like the Blake machine and the Goodyear sewing machine. Although in many cases there were considerable skepticism about this, it was more and more manufacturers that went over to using machines for more and more of the elements, and many factories soon had machines for all the major elements of the production. All but the lasting process, there were still a number of workers who pulled uppers over and nailed them onto the lasts. And there was no one who really thought you’d ever be able to do this in another way, how on earth could a machine reproduce this? 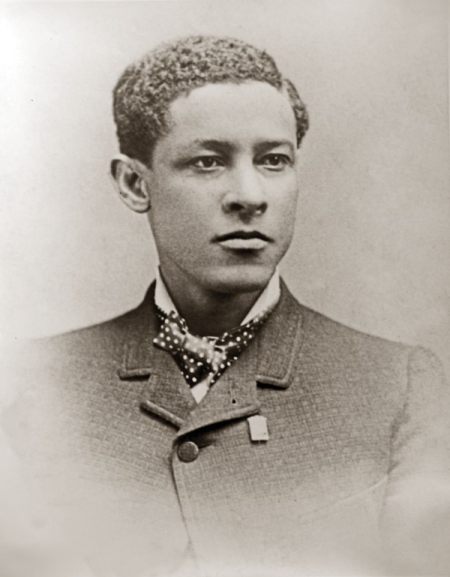 Suriname in northern South America is the continent’s smallest country, and was until its independence in 1975 called Dutch Guiana. Here Jan E. Matzeliger was born in 1852, who had a Surinamese mother and a Dutch father. His father had a shop that sold various machines, and this started Jan’s technical interest. When he was 19, he set out to sea as a saolor, and spent two years at sea before he ended up in the United States where he was stationed in New England, specifically the city of Lynn, Massachusetts. Black and non-English speaking, it was difficult to find a decent job, and he mostly went around between different small labouring services. In 1877 he received an apprenticeship in a shoe factory in Lynn, Harney Brothers. He worked in the factory ten hours a day and spent the evenings to learn English. The factory had most of the items made by machine, but not lasting. Jan Matzeliger saw the stumbling block this part of the production was, and the power those workers had over the factory and other workers there (those who worked as lasters quite often went on strike and put pressure on the owners over various issues), and he thought over how to build a machine that could handle this element of shoemaking.

One of several drawings that were part of the patent application. Picture: Gutenberg

He used leftover material from the factory he was working at and experimented for several years to try to find a way to build a machine for the purpose. A couple of years into the 1880s, he submitted a patent application to the United States Patent and Trademark Office, but the drawings were so complex that they could not process the application. Instead they had to go visit Matzeliger to see how the machine worked. In 1883, Jan E. Matzeliger received the patent for his lasting machine. The machine took the uppers and pulled it over the last, held it into place and put in nails that hold the leather to the last. Instead of the maybe 50 pairs a day a really good lasting worker could do, Matzeliger’s machine could do between 200-700 pairs a day, which roughly halved the cost of a pair of shoes for the consumer. Many call Matzeliger’s invention the biggest step for the factory production of shoes, even though he received very low attention and is never mentioned in history books until relatively recently, all because of his skin color. Jan Matzeliger died young, only 36 years old in 1889, in the wake of tuberculosis.

A factory worker at an early version of the lasting machine. Picture: Salt of America

His patent had before his passing been sold to the Consolidated Lasting Machine Company, started by some of the investors in his own machine. It grew quickly and was in the late 1800s mergd together with several other shoe machine manufacturers and formed the United Shoe Machinery Company, which soon completely dominated the market for shoemaking machines with its complete solution of machine parks.
Today’s lasting machines pull the front and back parts separately, and are truly high-tech monsters with lots of arms that grabs and pulls the uppers over the lasts. They can also be set on a variety of different ways and be adapted to each last used. One also frequently use additional machines that steam bath the leather before it is lasted to get a better result. Virtually all factory-made ready-to-wear shoes are lasted by machine, although there are some exceptions. 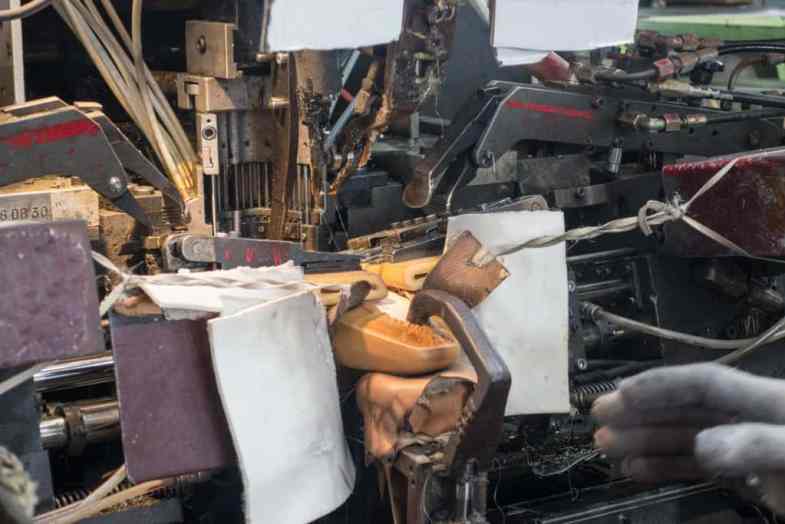 A modern lasting machine in action.