The fact that it’s always more difficult to polish up a proper shine on new shoes most have probably experienced. It may, however, differ greatly between manufacturers how easy it is to get them shined well, and a lot has to do with how much cream and polish they received at the factory. These shoes above is a good example, both are new and have been polished on almost exactly the same way, but the end result differs significantly.

The couple to the left is the model Stewart from the Spanish brand Crownhill Shoes (will review them later this year) made of leather from the tannery Haas, the right is a pair of John Lobb St. Crepin 2008 in leather from Annonay. Both are aniline leather, and actually quite similar to the character. The big difference is that the shoes from Crownhill received considerably less cream and polish at the factory compared with the John Lobb shoes. It’s not that the gloss is remarkably much higher on the JL-pair, but when you look carefully on the leather you could see that it is more saturated with products. It’s also noticeable when you start to polish the shoes, it’s as the leather is rough when you go over the leather on the Crownhill pair which hasn’t received so much cream and polish.

To make a comparison I polished both these pairs the same evening in the same way, first with three thin layers of shoe cream and then a number of rounds of polish, primarily on the toe. As apparent there’s a big difference in the end result, even though the operation is the same.
Now it so happens that it’s the cheapest pair that has less products on from the factory, but it doesn’t need toalways be the ore expensive shoes that’s treated with more cream and polish in the production. However, it’s more likely that this is what lies behind how easy or difficult the polishing experience on new shoes are are, rather than that it’s a big difference between different calf leather from various tanneries. Which may be good to know. It’s also why using shoes that’s been polished several times always getting easier and easier to shine since the leather is already saturated. 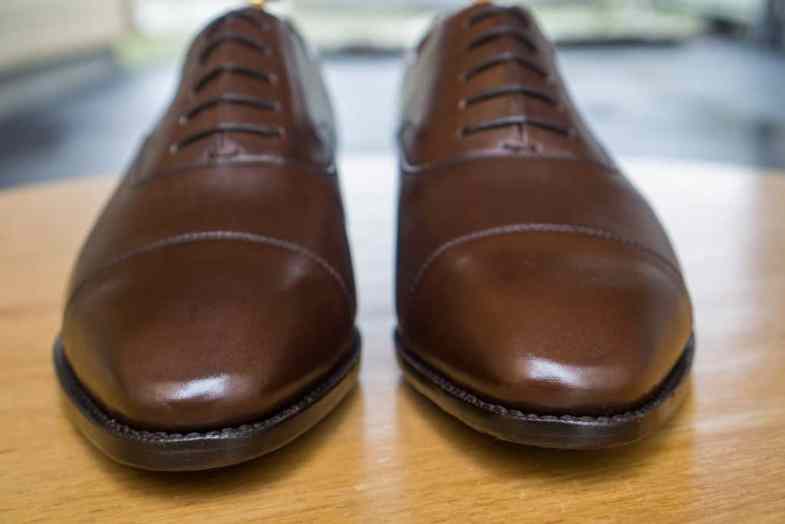 The shoes from Crownhill have got a small shine, but not something exceptional. Would need more time to gain the same shine as the Lobb’s. 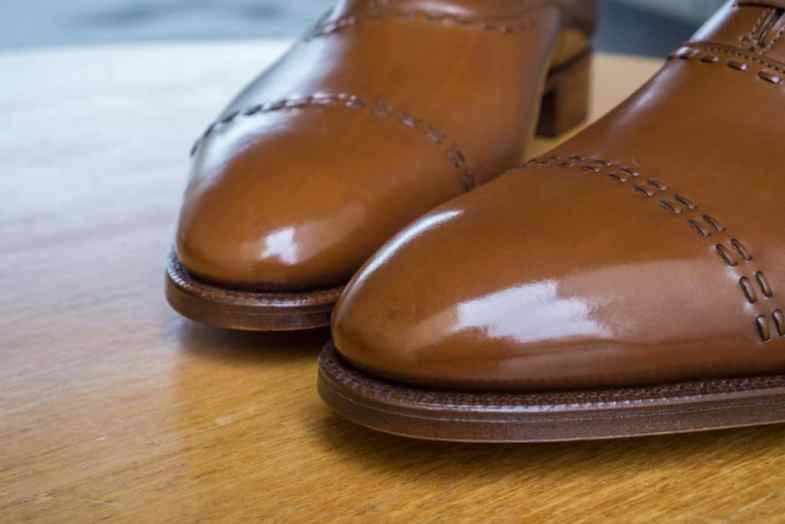 With the same number of layers of polish the Lobb shoes have received a bit of a spit shine.