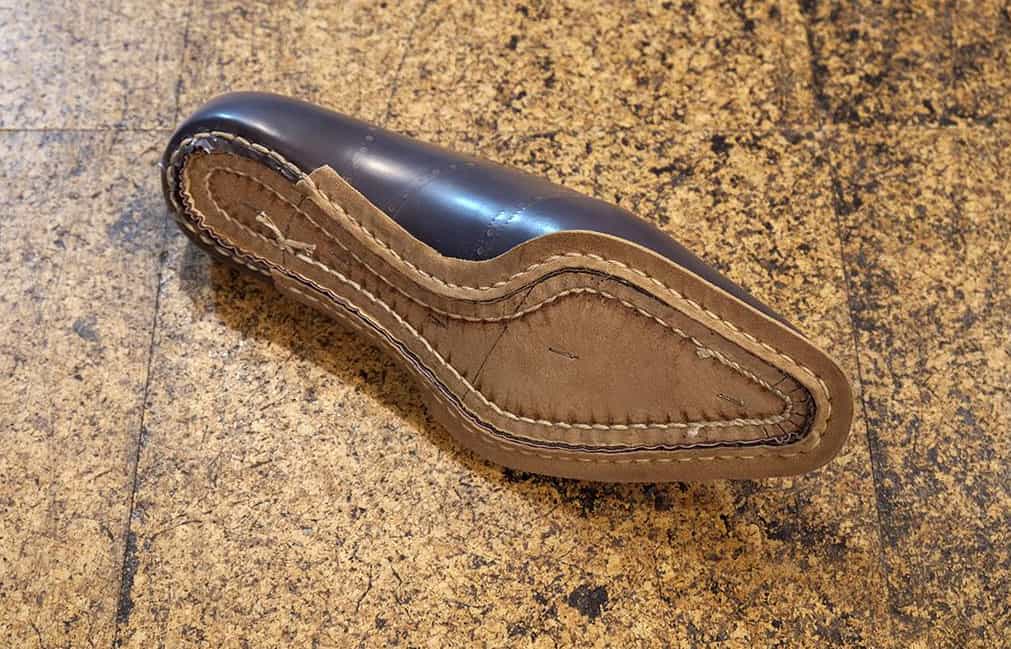 John Lobb Paris shift from yellow to burgundy, H&M’s “quality shoes,” the secret of the neat insides of Japanese shoes, and cordovan is technically not skin. This is the topics in today’s post with mixed stuff from the shoe world. 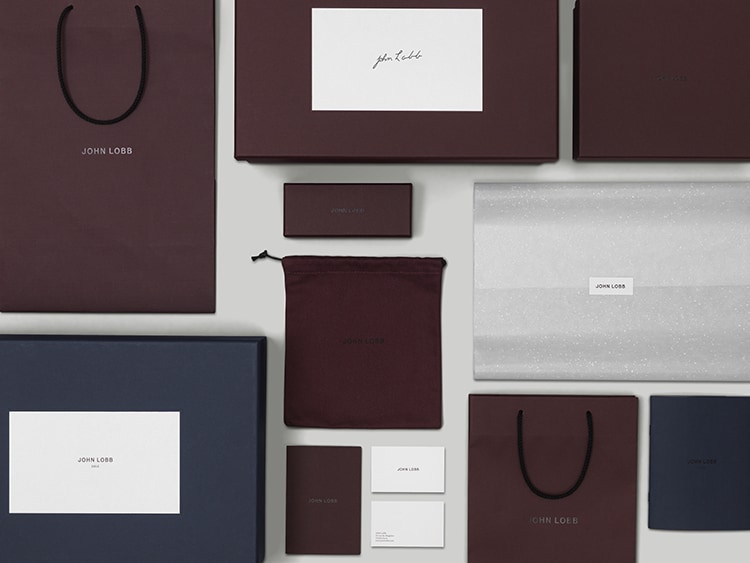 Things has happened at the Hermès owned Paris branch of John Lobb, the one that broke away from the original workshop in London in the 70’s and since then both kept the bespoke business going very well and also achieved great success with their RTW shoes in the premium segment. For decades it has been clearly associated with its bright yellow color which everything from shoe boxes, shoe bags, shop fitting and more have been colored in. However, the yellow is no more. It’s John Lobb Paris Artistic Director Paula Gerbase that began in 2014 who is behind the change, and the agency A Practice for Everyday Life has developed the brand new graphic profile. It means, among other things, a new cleaner logo and also a new, or old-school, accent color. Back is the burgundy shade the shoe boxes that the bespoke department in London always have had, and also bespoke shoes from Paris were delivered in under the yellow era. Even the John Lobb Paris boutiques around the world have replaced the interior to go with the new graphic profile. And sure, it ‘s probably more stylish now and the shoes look better in the stores when everything isn’t in a yellow gloom as it was before. At the same time, it feels a bit dull, there are like hundreds of shoe manufacturers who supply their shoes in burgundy-colored boxes and have “clean” fonts and crispy websites. 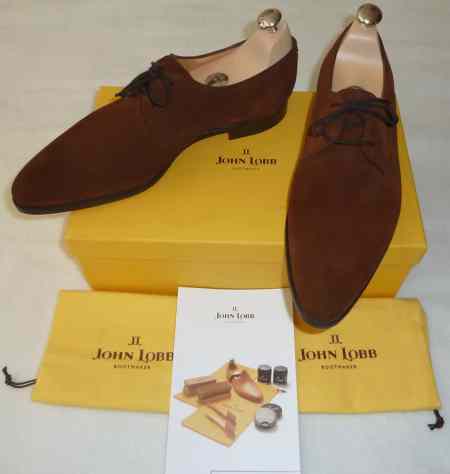 Yellow is ugly, thought Lobbs new Artistic Director, and did away with the color.

Classic men’s shoes in recent years has not only grown when it comes to the area with higher quality products made with traditional construction methods, which this blog is about, but also among the regular shoe stores and the major clothing chains who often have cheaper, glued shoes of inferior materials have picked up this and sells many more dressy models. Often, the aim is to get the same look of the expensive quality footwear, which was particularly visible in H&M stores this summer. Here, among other things, there were heels made of a rubber material that from a distance, a very long distance, could be mistaken for leathe, and there were imitation seams of rubber in the soles made to look like stitches on the undersite. Among other things. Below some examples. 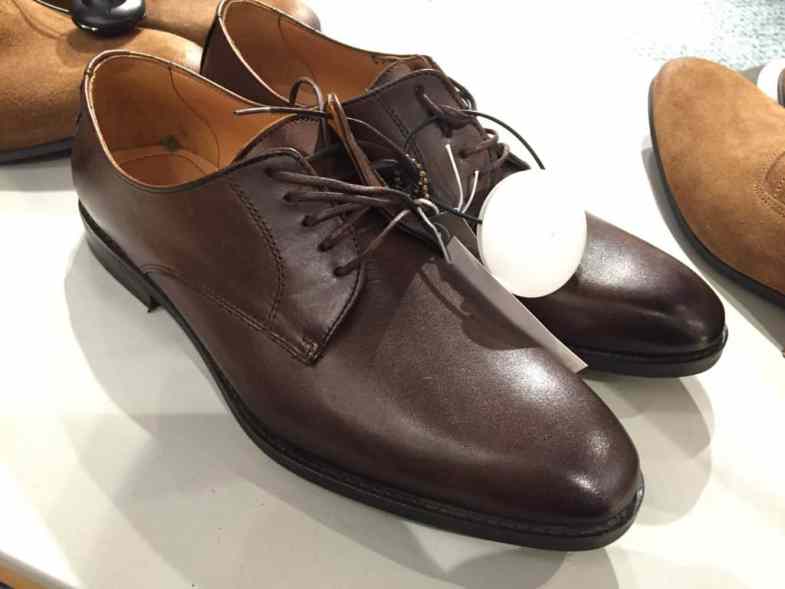 One of the models they sold was a derby in dark brown leather. 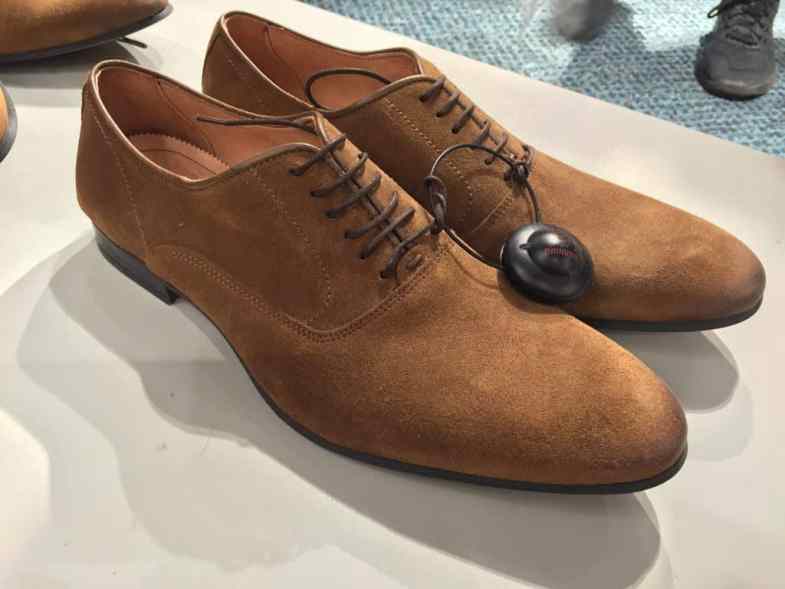 Another was this suede oxford. They don’t look too bad like this at a quick glance. I and many others praise many of the Japanese bespoke shoemakers, for very good reasons. They do in many cases a very impressive job, with very cleanly made shoes. Sometimes people are amazed that even their internals looks so incredibly clean and tidy, unlike many of their European colleagues. It’s absolutely a fact that they are very accurate and well made in many cases, but another reason is that it’s common that the Japanese use less pitch when sewing for example the welt seam. Pitch is boiled down tar that makes the thread attaches like a plug in the leather, giving it extra strength. However, that makes it easily dirty and not so clean looking. Since Japanese people usually are small and light there’s been no problems to cut down on the use of pitch, the shoes will still hold together well. An example of how incredibly clean and tidy it can look inside the shoes of Japanese bespoke, here on a shoe from Hiro Yanagimachi. 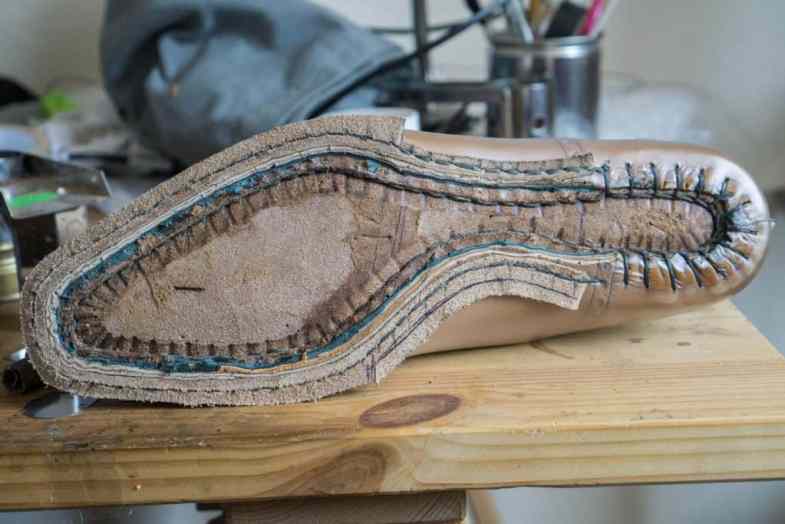 Here’s a Gaziano & Girling bespoke shoe in almost the same stage (some remains of the excess of uppers and lining left to take away though). Still neatly done, but it looks a little dirtier and rougher partly because of the use of more pitch. Cordovan in the making.

Cordovan is a material that has grown a lot in popularity in recent years, the world’s largest cordovan tannery, Horween in Chicago, have more than full order books and several other tanneries are starting to appear that also delivers cordovan of good quality. Most knows that cordovan comes from the horse’s back part, but what many doesn’t know is that it’s thus not the actual skin from the horse butt that is used. The horses’ skin is quite special, and between the outer grain layer, or epidermis as it’s called, and the corium layer of the dermis, is a thin muscle that is known as shell. So on cordovan one scrape of the whole grain surface, which is the fine part of regular calf leather, and bring out this muscle membrane, which is then processed in various ways. Therefore, one can basically say that cordovan isn’t really skin, but a muscle. The fact that cordovan hasn’t the grain part left is also what makes it so insensitive to scratches, on regular leather you are damaging the grain surface when you get the tears in it, for shell you can process it in a different way, so for example, with a deer bone or a brush you can work away the scratches. 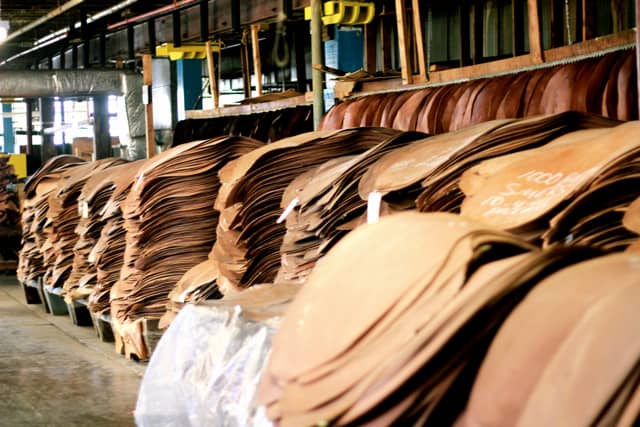 Piles with cordovan where it is only the shell part that remains. Images: Newgrass