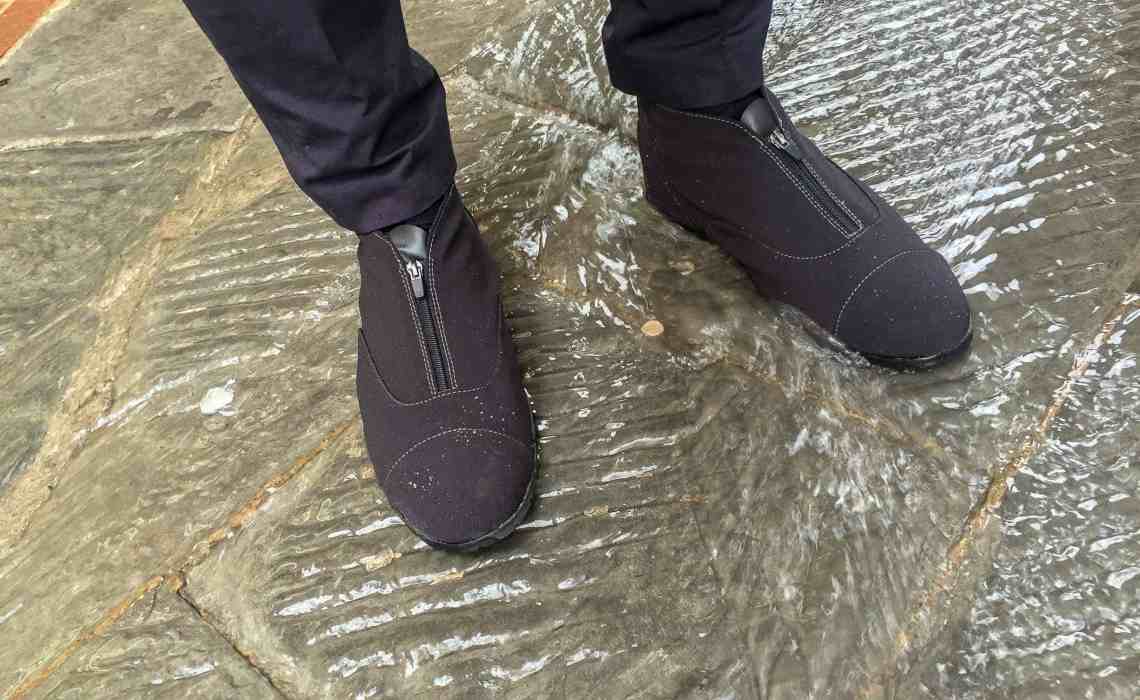 Galoshes has basically been the same for decades, rubber versions being pulled over the bottom of the shoe. The Swedish company Fred & Matt has developed an overshoe that is something completely different, a comprehensive variant made of modern materials. Shoegazing have tested.

I’ve never been particularly fond of galoshes. I have owned a pair of overshoes from Swims, who’ve been popular for many years, but they haven’t been used very often. Partly because I found that kind of galoshes uncomfortable (had another similar variant before too, with the same characteristics, do not remember which brand, however), they hinder the shoes from bending naturally since they squeeze them over the vamp, which I don’t like. Partly because they tend to make small marks on the shoes, usually nothing you can’t polish away, but it’s annoying nonetheless. And partly since the protection is limited, in really heavy showers the shoes upper part still gets wet, and I have shoes with water marks after they’ve been soaked on top but remained dry along the edges where the galosh covers. Here it would be better if the whole shoe had become soaking wet, it might not have been so comfortable but then it would not cause the same water marks. 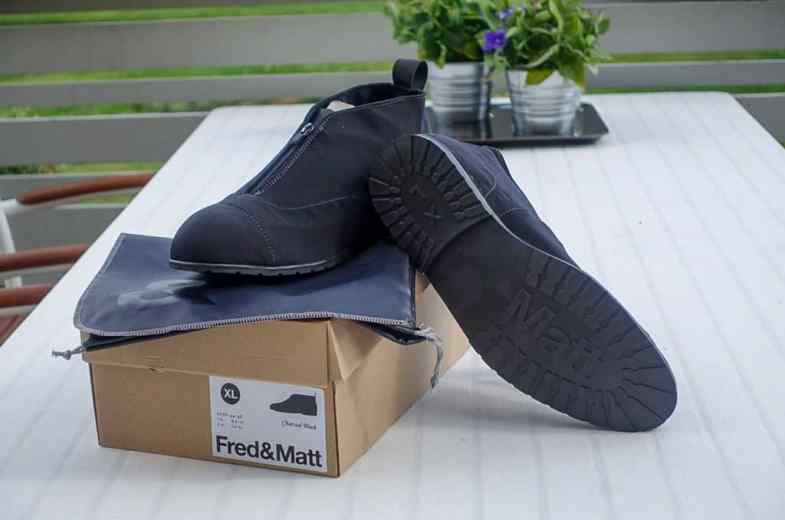 When Fred & Matt launched their new type of overshoe a few years ago I was in other words clearly interested. Maybe this could be an option. The founders of Fred & Matt was just like me not completely satisfied with the overshoe range that existed, and thought that one should be able to solve it in a better way. They got help from the Swedish designer Barbro Berlin and German shoe developer Klaus Pfalzgraf, and found a small shoe factory that would manufacture the product. Three variants of the galosh was launched, all in black fabric but different color on the sole, zipper and details, red, blue and black. They are available to purchase in their own online shop, and at some retailers mainly in Sweden at the moment.

The overshoes comes in a shoe box, with a bag for storage in your  when not in use. Unfortunately, it’s a single sleeved bag, for example Swims has a two-part storage which is very handy when galoshes are not likely to dirt down the other, so to speak. The first thing that strikes you when you lift up the overshoes is that they are very lightweight. The uppers are made in a modern, functional textile with sealed seams, which together makes them completely waterproof, yet breathable. The soles are made of rubber and is more reminiscent of traditional galosches soles, but the rubber has a slightly different texture, it’s still flexible but as I experience them harder and more durable.
You put on Fred & Matt’s overshoes by opening a zipper that runs along the front upper side, straight across the shoe laces one can say. They are clearly much easier to put on than usual galoshes, in my opinion, even if you have to struggle a small bit here as well sometimes.

Walking in Fred & Matts galoshes, however, is an entirely different matter than with conventional overshoes. These are much more comfortable, nothing pinches and creates discomfort, it’s like to walk in the shoes as usual just to have a rubber sole between the regular soles and the surface.
Functionally, they also work very well. I have used them several times in heavy rain, and even had them stand in quite high water (as seen in the picture at the top), and it has never leaked through anything. 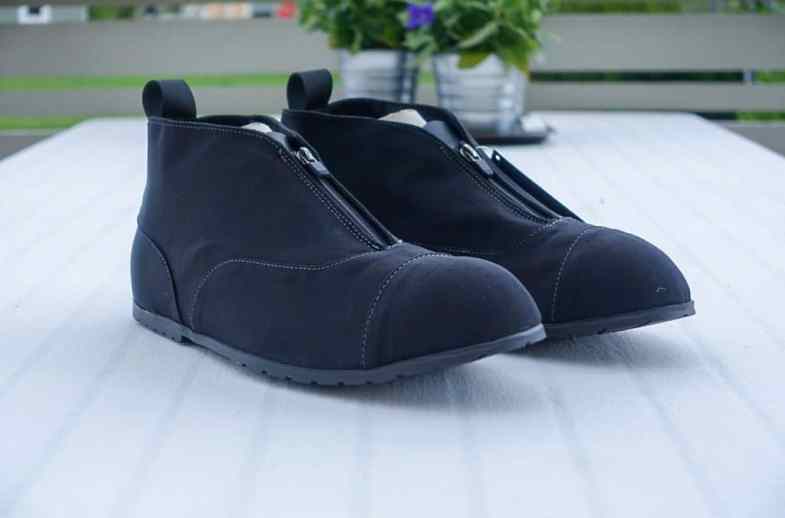 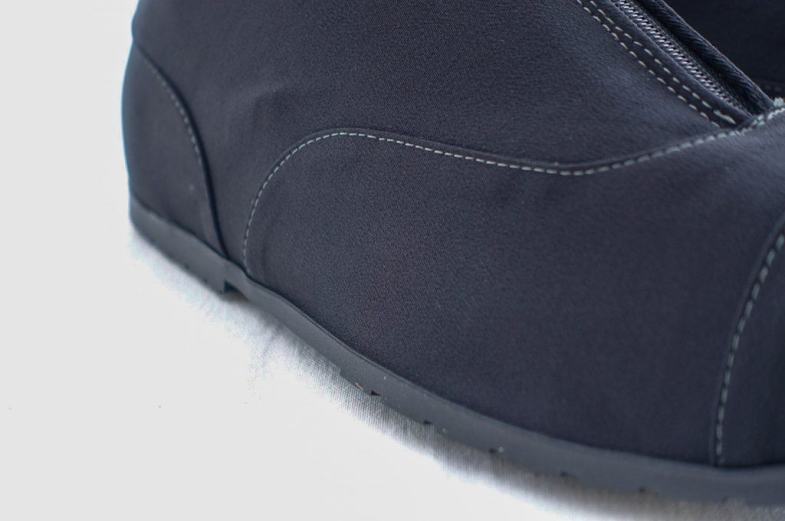 Made in a modern functional fabric with sealed seams, making them completely waterproof but breathable (which regularl galoshes isn’t, but then they do not cover the entire shoe in the same way). 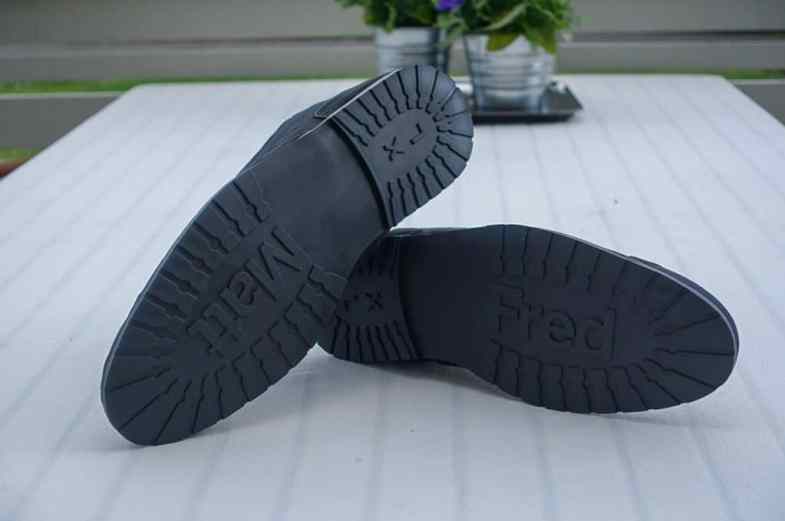 The look is of course special. They reminiscent of the shoe covers I used when I was cycling back in the days, and I would not classify them as beautiful. Regular galoshes are not particularly pretty either, but there you see the shoes below and it’s something that people are familiar with. At the same time, my experience was that people saw that this too is a form of overshoes, even when they see them quickly on town. How one experience the look is of course individual, but no one is buying overshoes to be stylish.
I’ve had these for about seven months now, and actually used them quite regularly. So far they show no sign of being worn down, but time will tell how long they will stay together. However, I believe that they will be much more durable than traditional galoshes. 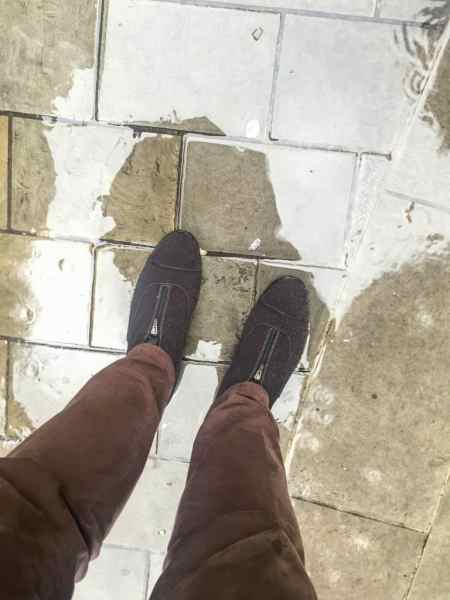 And that’s fortunate, since now we have arrived at the only real downside with Fred & Matt, in my opinion. The price. €122 is undeniably a lot of money for something as boring (if practical) as galoshes. I know that many have been interested in the product, but never jumped the fence because of the cost. They have kept using their Swims (which admittedly is quite pricey as well) or other cheaper galoshes. The few that did try Fred & Matt, however, have like me been very satisfied, and for my part, I think it is worth the price. I have finally been able to start using galoshes again. And if the durability is as good as I think it will be, this will be a good investment. 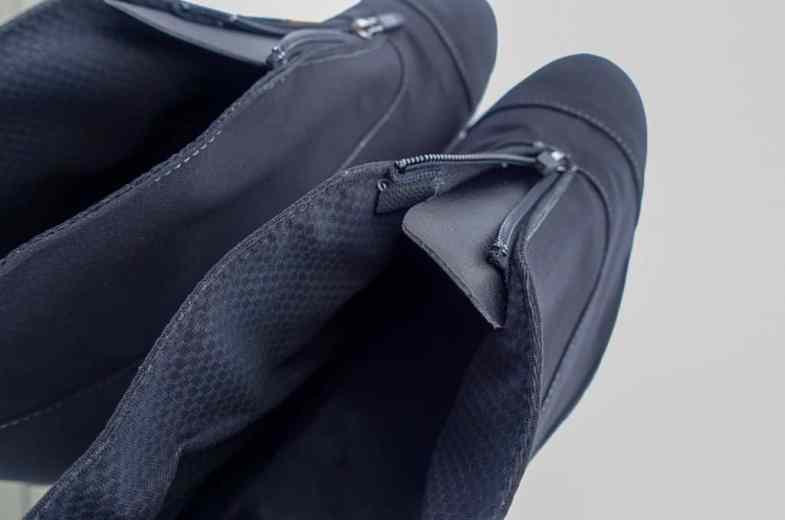 The opening with the zipper, with an underlying flap to keep the water out. They are lined with a different type of functional fabric. 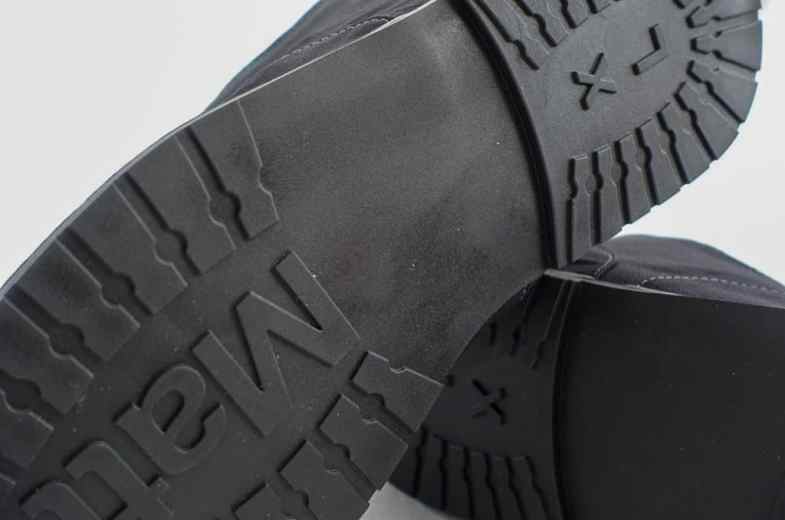 The soles are harder than regular galoschers soles, and I believe these are better and more durable.