Time for the first part of a new article series that will follow the process ordering a pair of bespoke shoes from last year’s world champion in shoemaking, the German Patrick Frei. The first part is about the measurement.

Some time ago you Shoegazing readers got to follow an order of a pair of bespoke from Gaziano & Girling (all five articles are found under the headline bespoke here), an article series that was much appreciated. Here, the plan is a similar series, where in real time you get to follow an order for a pair of bespoke shoes, from measurement through fitting (or fittings, depending on the outcome of the first) to manufacturing and final results. 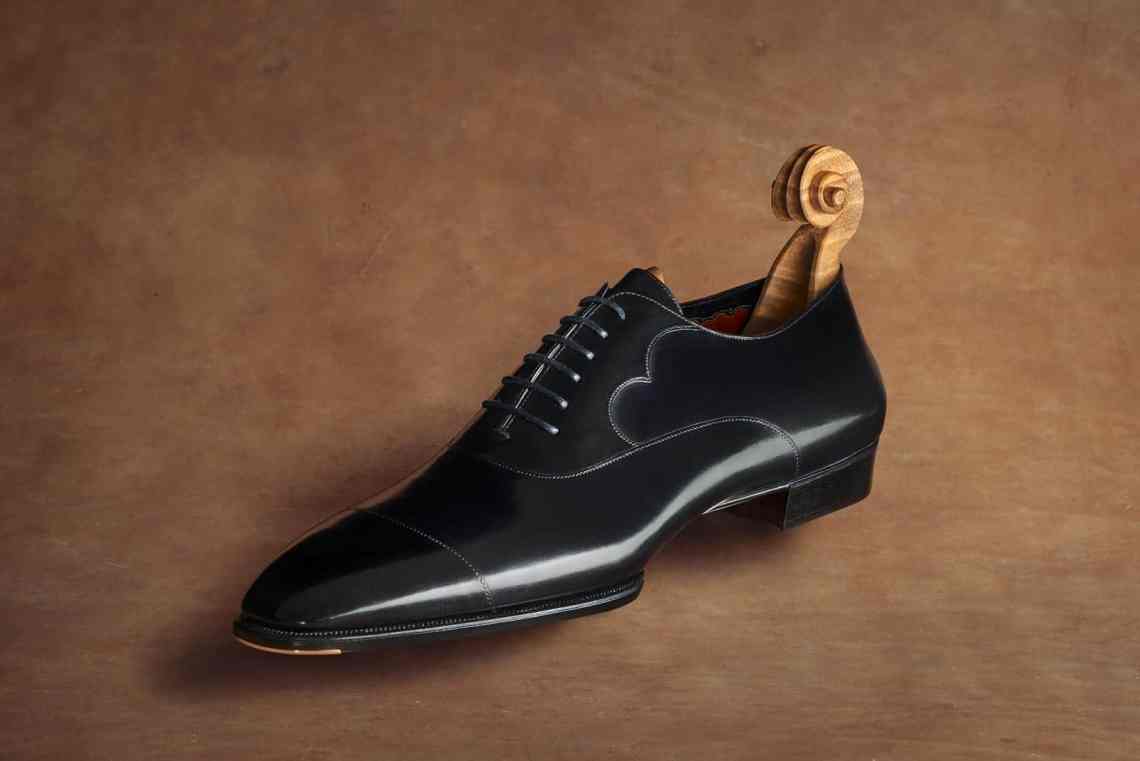 Patrick Frei’s fantastic shoe that he won the world championships with.

Patrick Frei was relatively unknown to the big crowd before he won the World Championships last year, despite having worked with shoes for over 11 years. He has an interesting background. He grew up in Freiburg in the very south west of Germany, close to the French border. When he was 18 years old, he quit school to travel to Spain and Morocco, where he started performing on the streets with juggling. After being back in Germany for a while to finish school he then headed to South America where he for several years worked as a juggling street artist, cycling from city to city, country to country. In Cochabamba, Bolivia he met an old craftsman who made these traditional, heavy but beautiful trunks and suitcases, where he gained an interest in leather craftsmanship, and also stayed for a while to learn some basics. He then went back to Germany, where his interest turned towards making shoes. He got a position as apprentice for a German master in 2005. He stayed there for 2,5 years, then started his own workshop. Probably my favourite shoe that I’ve seen from Patrick. The last shape is lovely. The measurement takes place in my hotel room in London the day before the super trunk there a couple of weeks ago. Patrick brought a bag with all the accessories he uses. I always find it very interesting to see how different bespoke makers work when they measure the feet. For example, Daniel Wegan at G&G, Eiji Murata, Yohei Fukuda and Hiro Yanagimachi all have a relatively extensive measurement processes, especially the two former ones, but Patrick Frei is probably “worse”. Just as Wegan talked about, a lot of the different things he does is to try and learn and see if it is something that works, and since it requires quite a lot of empirical evidence to know, he rather take too much measurements than risk missing something. Patrick Frei in his characteristic facial hair, inspect my feet.

First, he starts to feel a lot on my feet, which reminds more of how orthopedic shoemakers work. He also asks a lot of questions about what I usually have for problems with regarding my feet and fit, how my shoes are used, and so on. We talk about, among other things, so-called metatarsal support which is a build up under the middle part of the foot, something for example Eiji Murata uses which I liked with his shoes. Patrick says that he does it if the customer wants and/or he thinks it should fit, and that he also uses a method where you build them up half on the last, half under the sock lining to be able to make adjustments if necessary. A clever detail.

When he is done, it is time for the actual measurements. First I put the feet on a sort of ink plate, an old variant which is again common in orthopedic shoemaking, where you get the footprint and can draw the outlines. Extra useful from this is to see the difference with the footprint and the outer line around the foot, which says a lot about how the shape at the bottom is. The image that will be here he then uses as the bottom when he starts with the many different variants of measurements taken. It varies between sitting and standing, where I am also asked to put various pressure on the foot depending on which measure he is looking for. The old-school ink plate. You use the roll to cover with ink, place a paper below the rubber plate, which you put your feet on to get the inprint and use a kind of pen for marking the outlines. When the foot is placed on the plate a footprint is created, and here the outlines is marked. Height is measured on various places.

He also use a method in some cases where he tightens the measuring tape firmly and then releases slowly, where I am to state when it’s not experienced as uncomfortable anymore. This is a way to find how much submeasurement I should have. As I have written earlier, basically all shoes are tighter than the actual circumference the foot have, so to speak, and if you have a thicker, fleshier foot, you can have very tight shoes with low submeasurement, if you have a narrow bony foot (like me) you are often more sensitive and can not have as much sub-size.

As the measurement progresses, Patrick Frei realises more and more which difficult feet I have. Bony, sensitive with for example hallux valgus on especially the right foot, wide but quickly inward towards the arch, and more. He understands it can be a challenge to get the fit really good for me, which it usually is, not least on the first pair. One interesting measure that Patrick took, which I can’t remember that i’ve seen before, is that he measures the height of the instep with the measurement tape placed agains the paper to build like an arch. If you only measure the circumference you not necessarily get to know if it’s a high or low instep, it shows more clear with this measurement. The shape of the heel in profile is drawn. Different measurements of the heel shape.

Patrick Frei offers three different classes of bespoke shoes:
1. Fine Bespoke Shoes start at €3,330 (all prices including VAT): Uncompromising bespoke shoes with slightly simpler fitting shoes (this sort of represent the standard made by most bespoke shoemakers).
2. Extra Fine Shoes start at €4,995: Worked even finer than the Fine shoes. Every detail is worked to an high end standard. Very tight sole stitching. Thin leather layers on the heels. Sculptured toe plates (if requested). Fitting shoes on a high level. Extra narrow waists. About ten hours more work on the invisible inner parts of the shoes to make them last even longer, etc.
3. Divine Shoes are special and very individual projects in the quality of the winning shoe of the world championship. Divine Shoes are available as pieces for collectors or as walking art for use. These are calculated by hourly wage of €60/h plus cost of material and can take between 200 and 300 hours.

For a second pair on the same lasts the price will be reduced by €595. At the moment the first fitting takes place between 6 to 8 month after the first appointment. The final shoes are finished approximately after one year.

I’m going with an Extra Fine Shoes order. Which model I will order is not quite certain yet, more than that it will of course be a brown oxford of some kind. Possibly he makes two different variants of models for the fitting, one for each foot, we’ll see a little where it lands. I like Patrick Frei’s playful style, but still with the foot in the classic shoe tradition, and know what level of craftsmanship he is capable of, so it will be very fun to see the finished shoes eventually. First, however, it will be a fitting in about six months or so.

Edit: Corona has postponed the fitting twice, the latest plan is spring 2021, hopefully that will be possible. Done. Only the rest left.