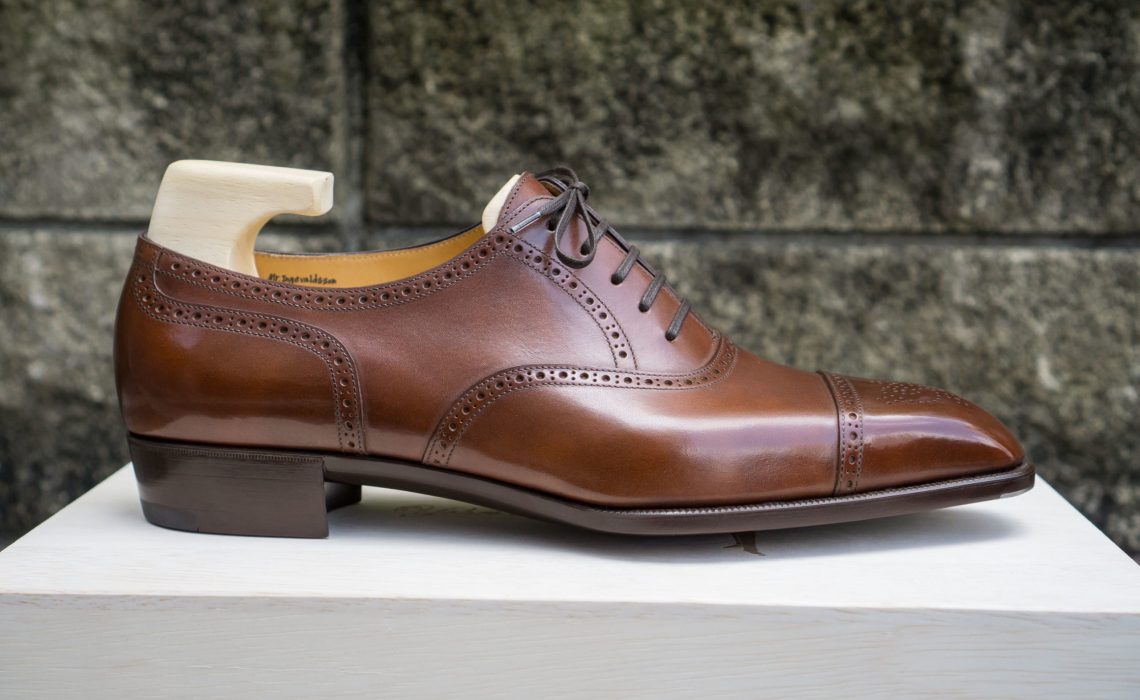 I’ve been fortunate enough to own a number of shoes from several Japanese bespoke shoemakers, and what continuously amaze me with these shoes are the exemplary execution of the making. Look at this shoe above by Yohei Fukuda as an example, see the flawless closing of the uppers, the perfectly trimmed and stacked heel, the immaculate blind welted waist, the precise sole stitching and welt finishing, and so on. One can make shoes differently than this – but one can’t basically make it better.

As I’ve written about before, Japanese bespoke shoemakers are certainly not the only ones who can reach this standard, but the concentration of makers with the skill and dedication needed to achieve it is higher there than anywhere else in the world. Add to that the fact that prices in general are good for bespoke shoes in Japan, compared to Western Europe, and it’s easy to understand what all the fuzz is about. The explanation to why this is, is obviously more difficult to establish. The Japanese mentality of pursuing excellence, the heritage with craftsmanship, the fact that it’s a big population are some explanations given. Either way, I sure look forward to once more be able to visit Japan in March next year and come up-close to all this again, after a too long haul due to the pandemic.