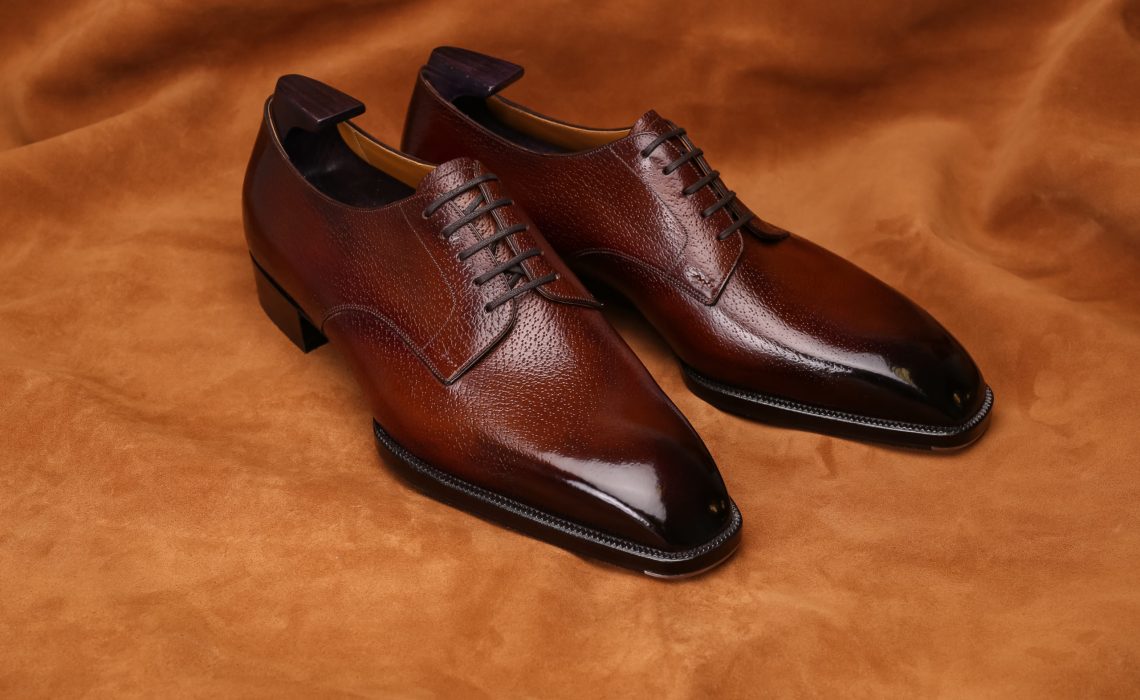 Acme Shoemaker is the Chinese brand that has created the most buzz domestically and internationally the past year, rightfully so. Their RTW, MTO and bespoke are of absolute top class in all regards. Here’s a closer look at a new pair I received from them, and also briefly about Acme’s new website, which includes a webshop where you can order their RTW.

Acme Shoemaker was launched last year (read more in this review I did of my first pair from them). It’s a workshop with over 15 people based in Beijing, with Oliver Tang (previously at among others Xibao) is the workshop manager. All shoes are made to the same standard (apart from a basic range of casual styles which is cemented), no matter if it’s RTW, MTO, MTM or full bespoke. Here, all are made to the same top level as their bespoke shoes, so hand lasted, hand welted, handmade sole stitch, blind welt waists, real leather heel and toe stiffeners, and so on – and with a refined making and finishing. Prices have increased a bit since launch, which isn’t that surprising to be honest, given the level of the making and the demand. Now welted RTW cost a bit over €1,200 and MTO about €1,400, this is including lasted shoe trees. Of course, a lot of money, but considering what you get it’s still highly affordable.

What’s really nice is their newly launched English website, where you can find a bunch of info about the brand, their shoes and lasts and so on. It’s not fully finished yet, for example an MTO guide is coming later on, but already worth a visit. Not least due to the shop section which has all their RTW models available to purchase, where one clearly see which sizes that are available in stock (not that many large sizes unfortunately, hopefully more of this will be added going forward). I really think it’s great that we see more of these web stores directed towards international customers from Asian brands, both Chinese, Japanese, Vietnamese, Indian and others in various price segments. The more great shoes that are available widely, the better. 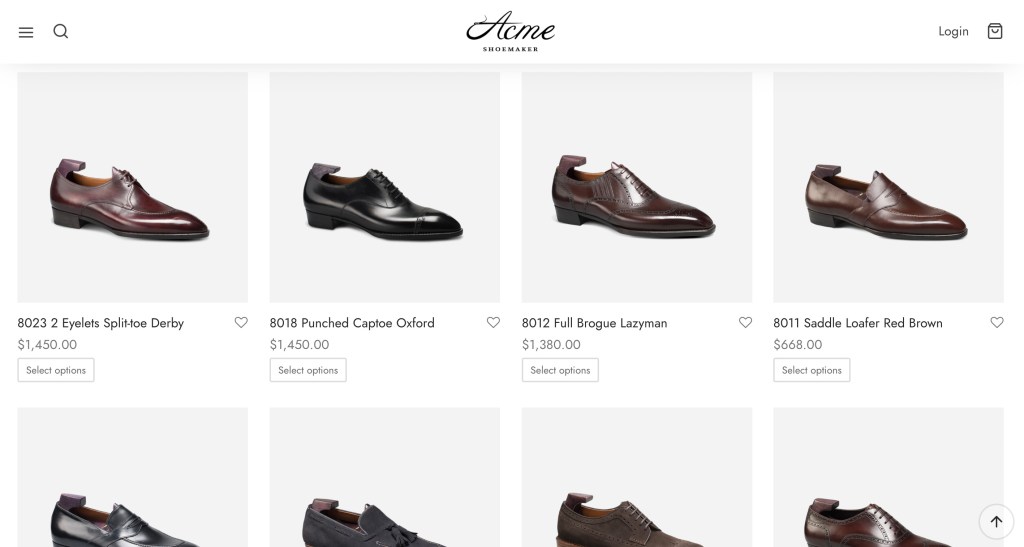 Now, onto the stars of this article, the new pair I just received (did not pay full price for these) from Acme. A plain toe derby in brown embossed “pig calf” leather from Tannery Haas, with rubber topy. They are made on my personal MTM lasts which are modified from their N83 last, which had some small fit modifications – mainly at the arch area and more room for my pinky toes – and where the toe was shorted a bit. The already quite good fit is now really great, and I personally like the balance with the new toe shape. The leather looks really nice, it’s a calf leather from the French tannery Haas, embossed to look like pigskin. It’s very thin and soft, will likely crease a bit due to this, but also be very comfortable.

If you read my review you’ll see that I was impressed with my first pair, even though they had a bit up to be compared with the best made bespoke shoes. I had heard from others who have several pairs that Acme has improved constantly since the start, and it’s indeed the case. The finishing on this pair is really excellent, only a couple of very small things one could pick on. They also improved the way they do their blind welt waists, with a better transition from sole edge to waist edge, and where they cut the holdfast (the lip in the insole which you attach the welt to) as if they were to make a very narrow waist, but makes the waist width more normal which means they can skive the edges really thin and use very angled edge irons, enhancing the look of the waist disappearing under the shoe. Below, a bunch of photos in two different light conditions, and a video of the goodies. 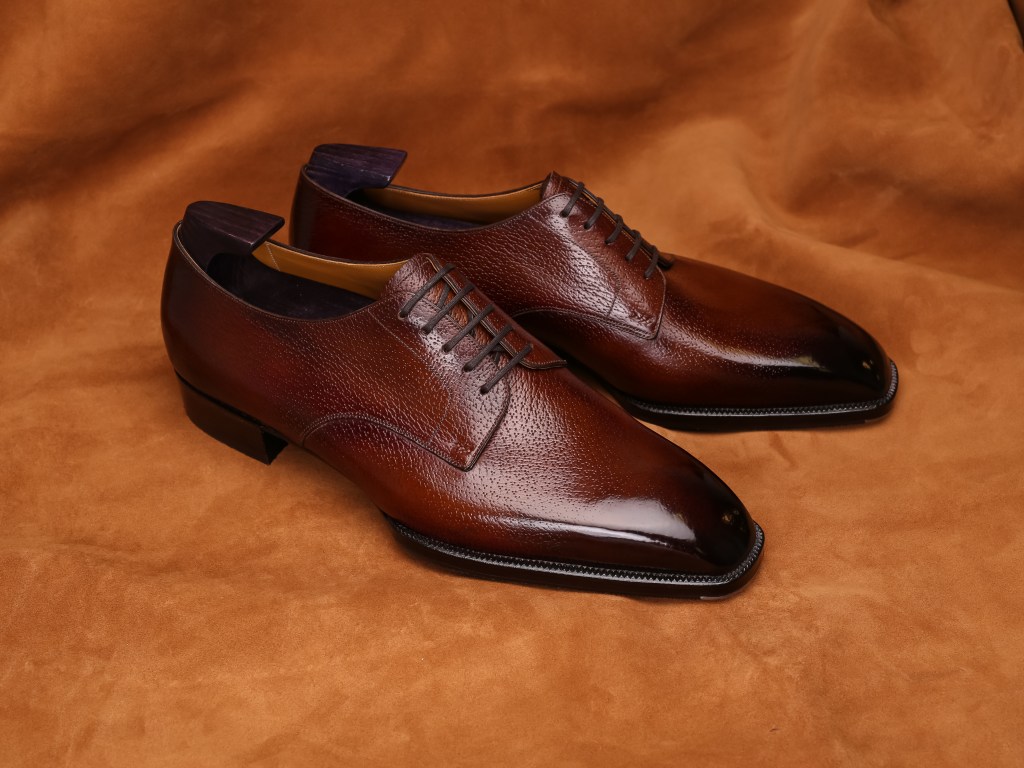 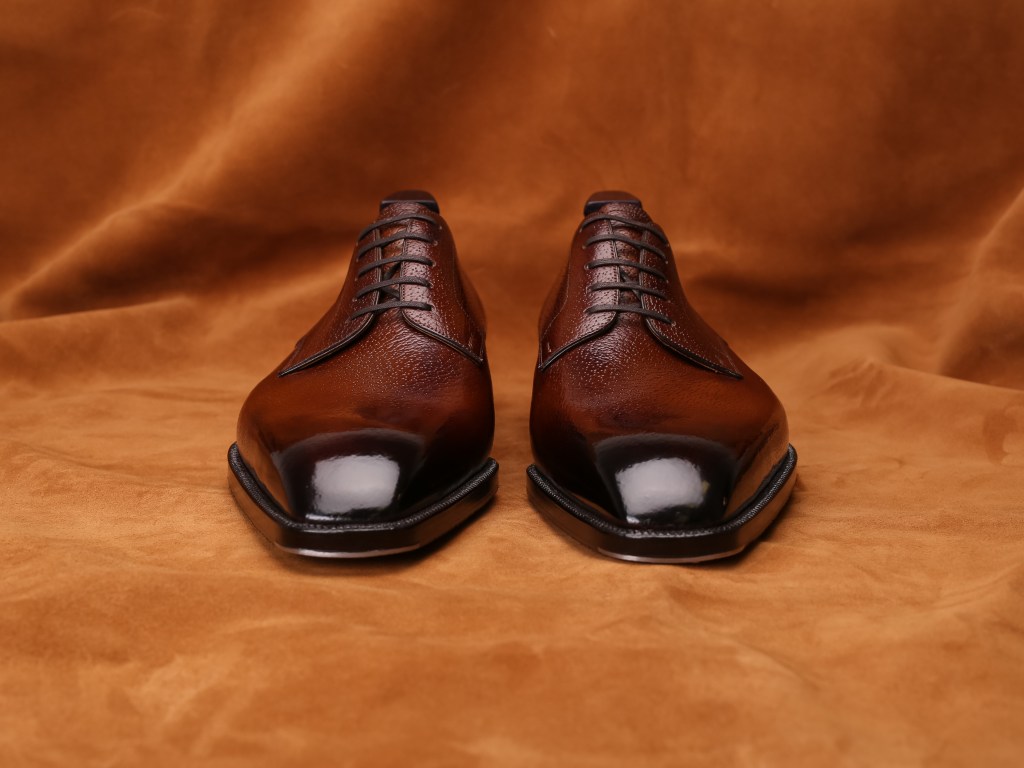 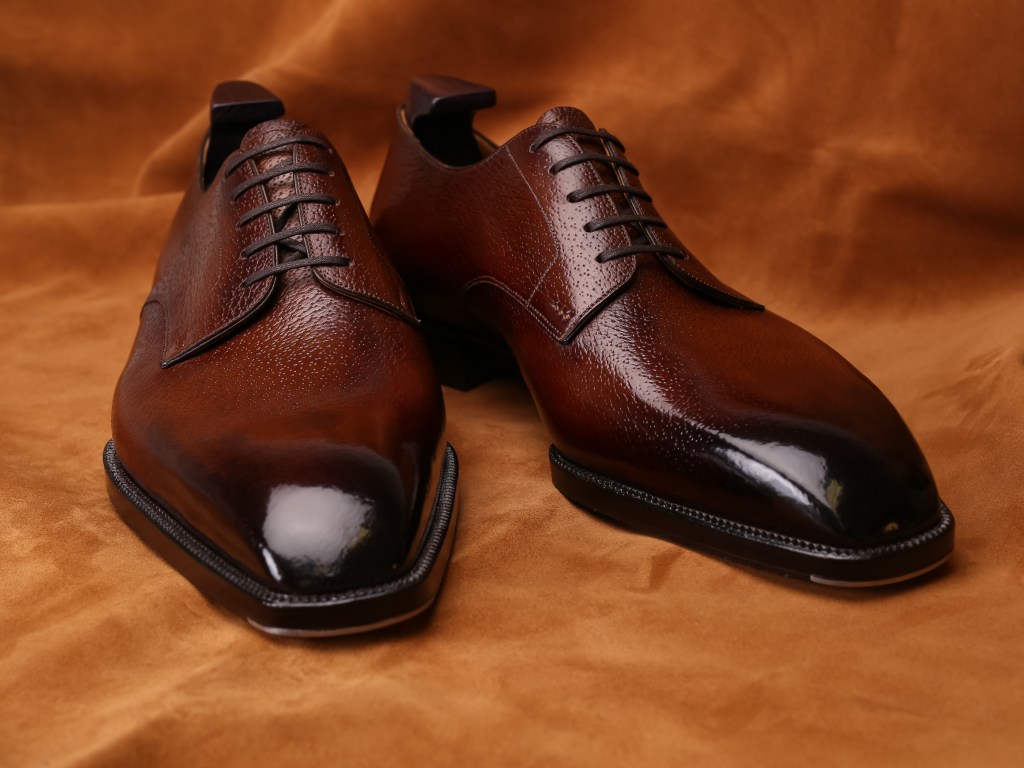 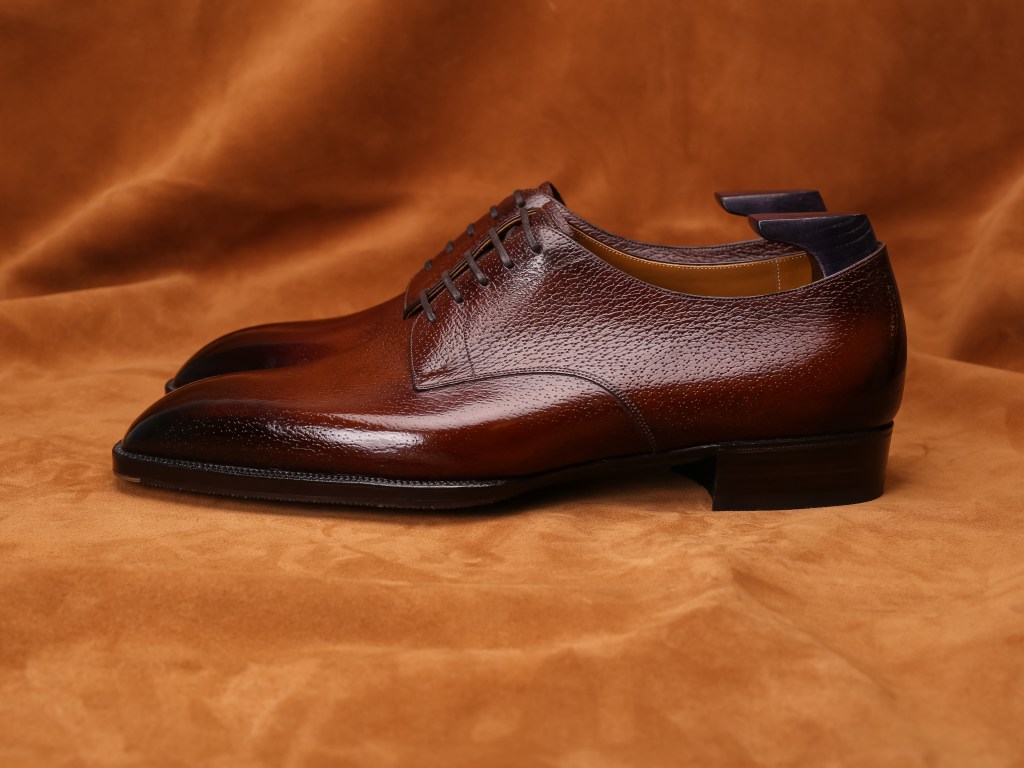 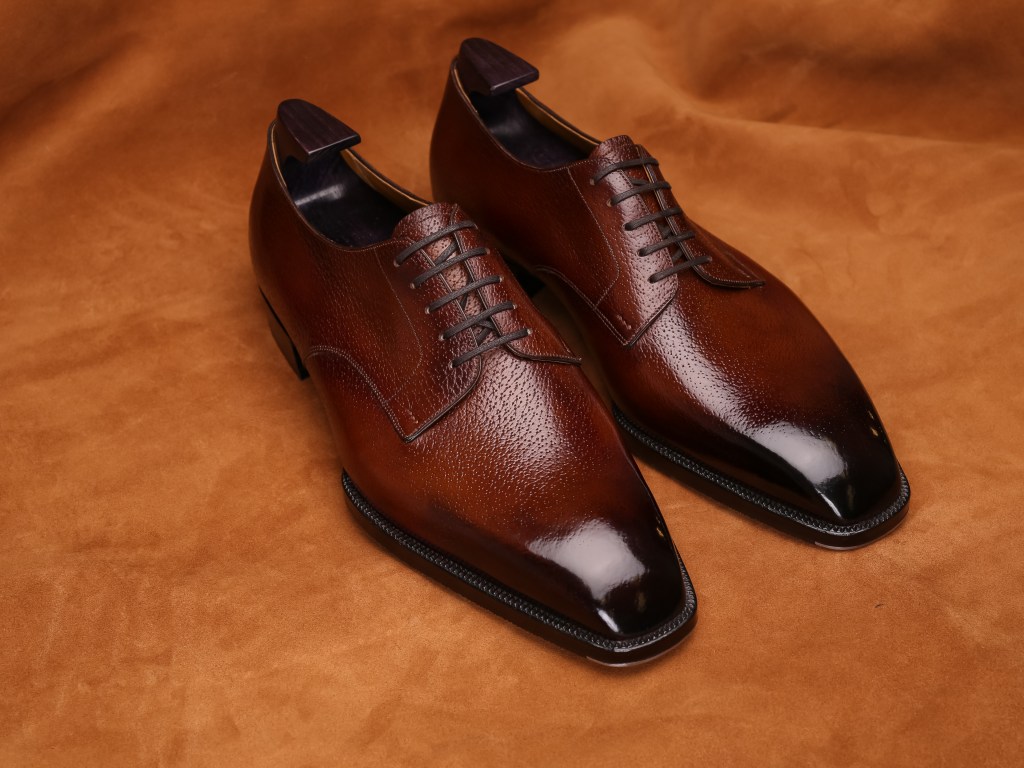 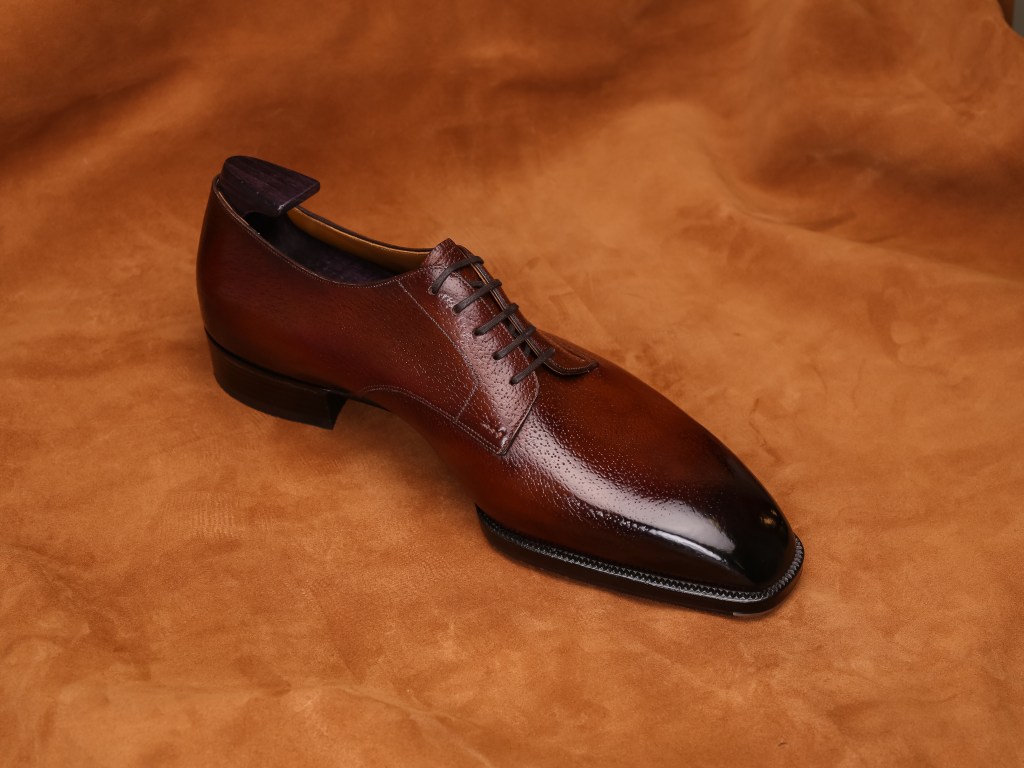 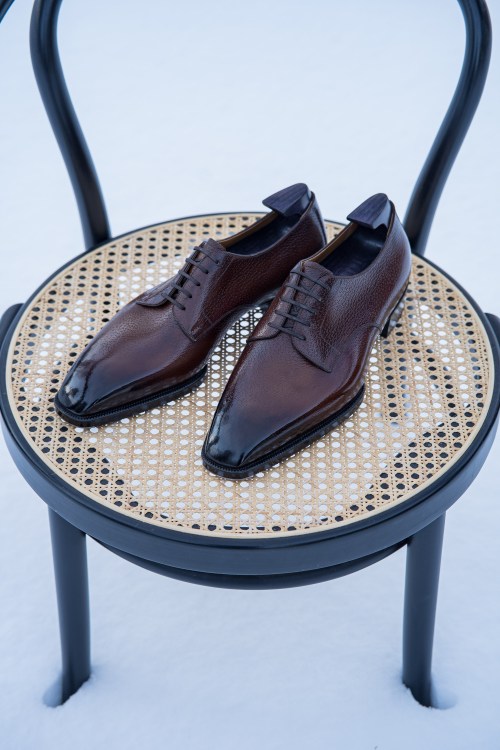 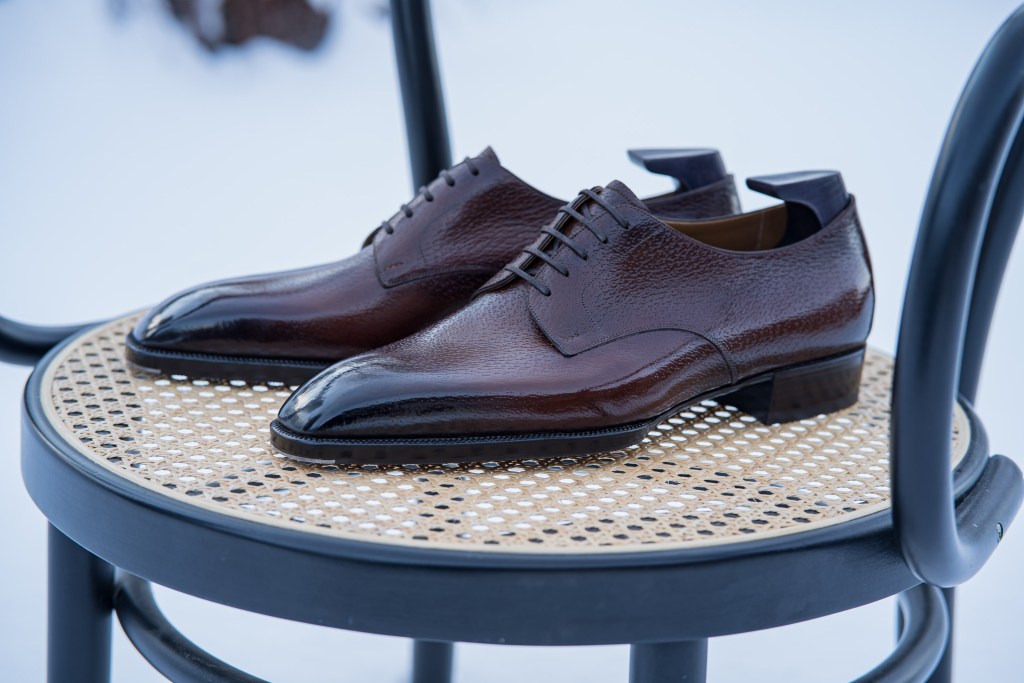 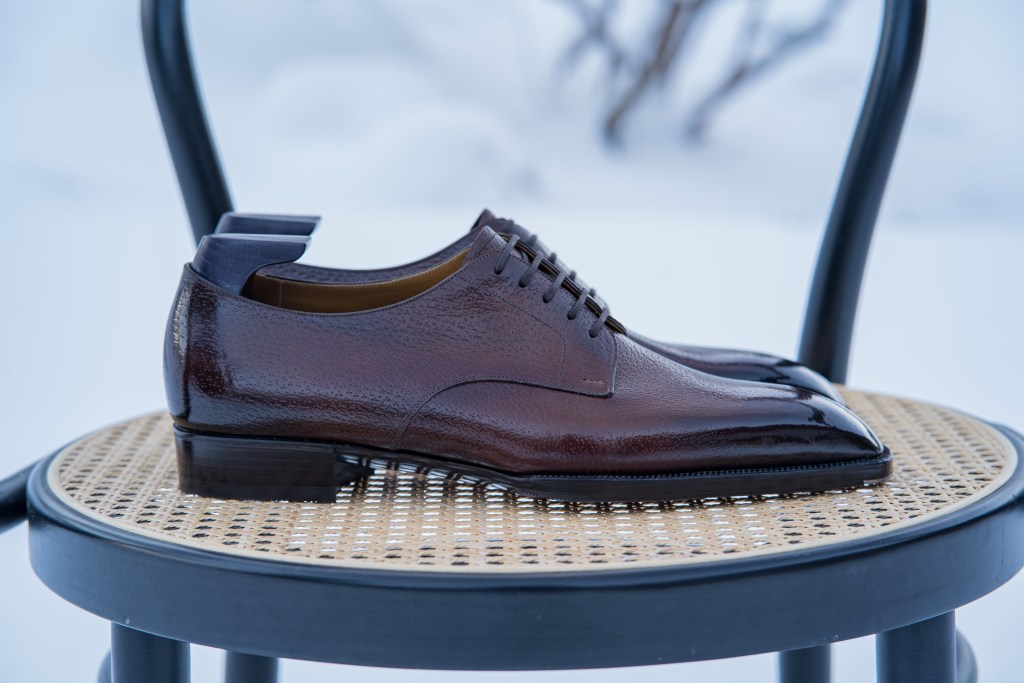 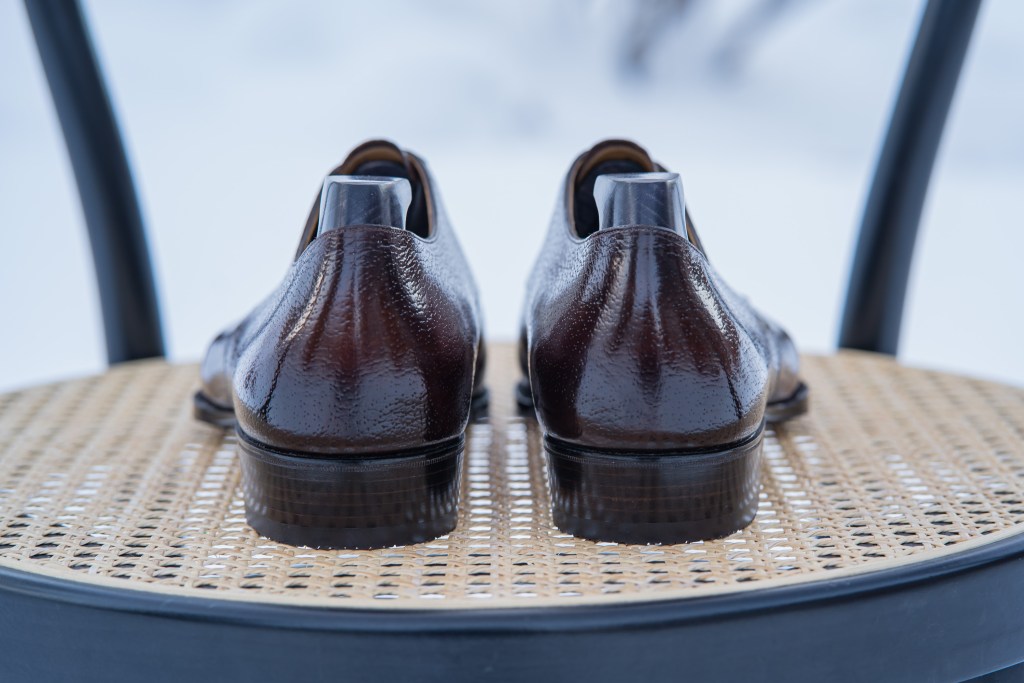 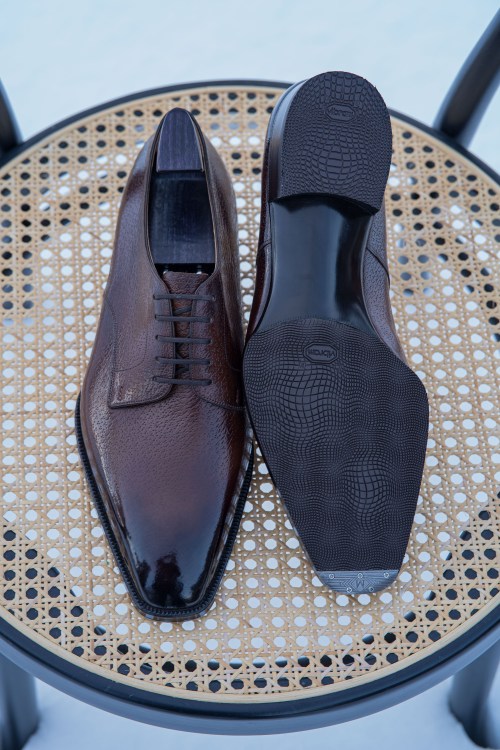 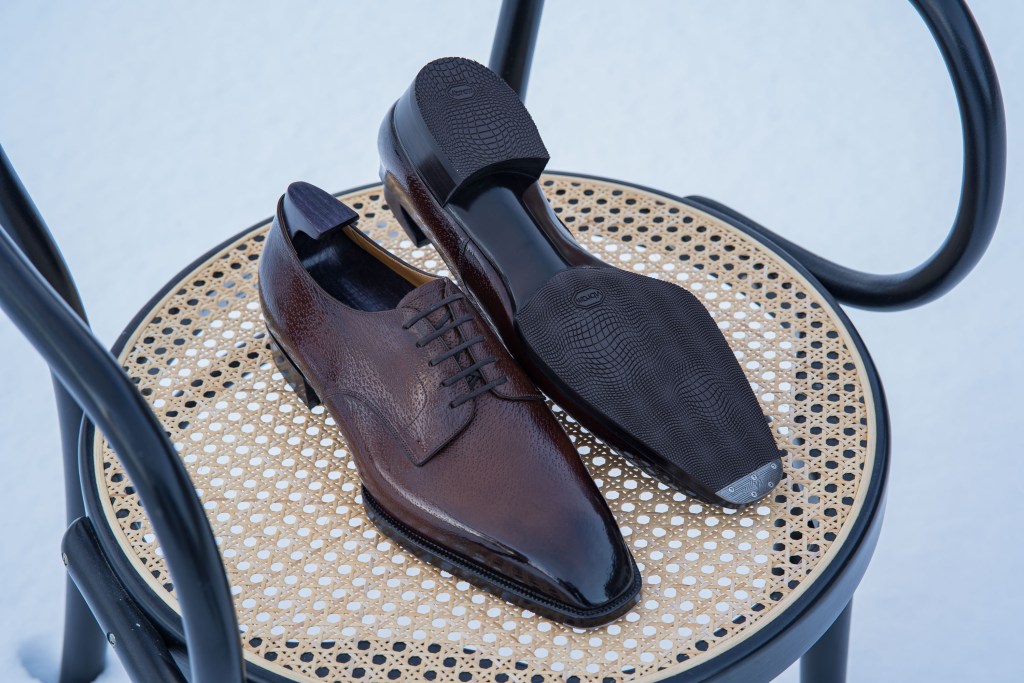 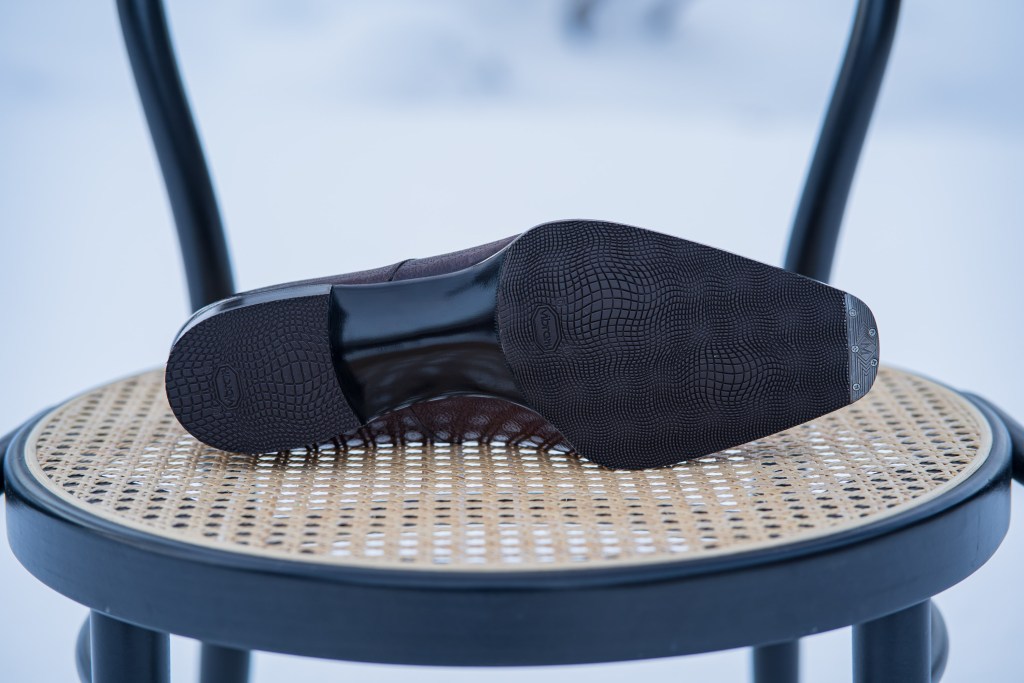 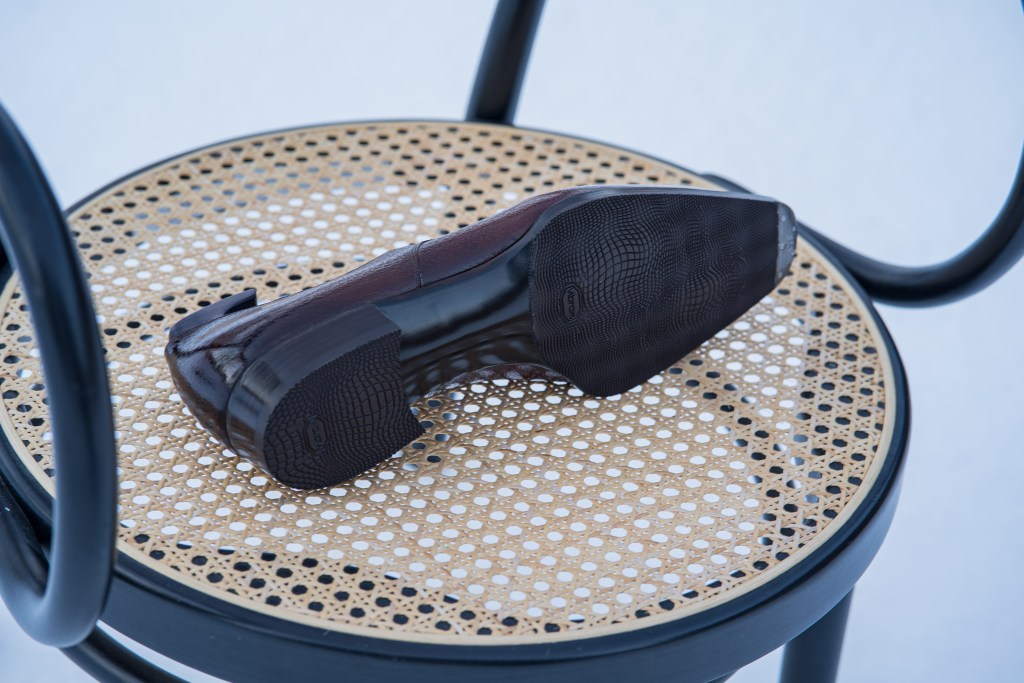 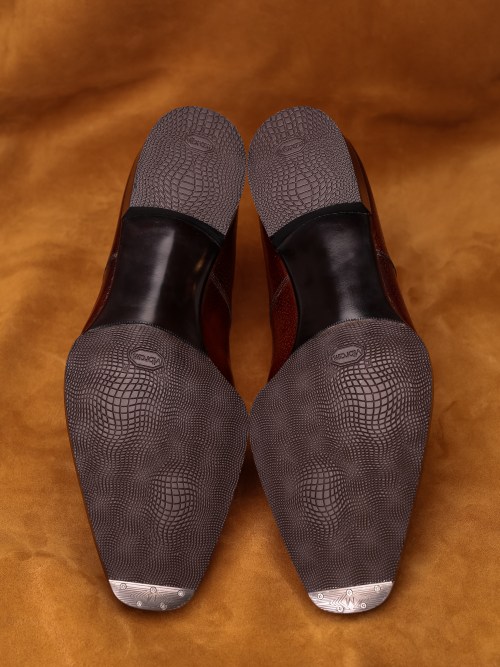 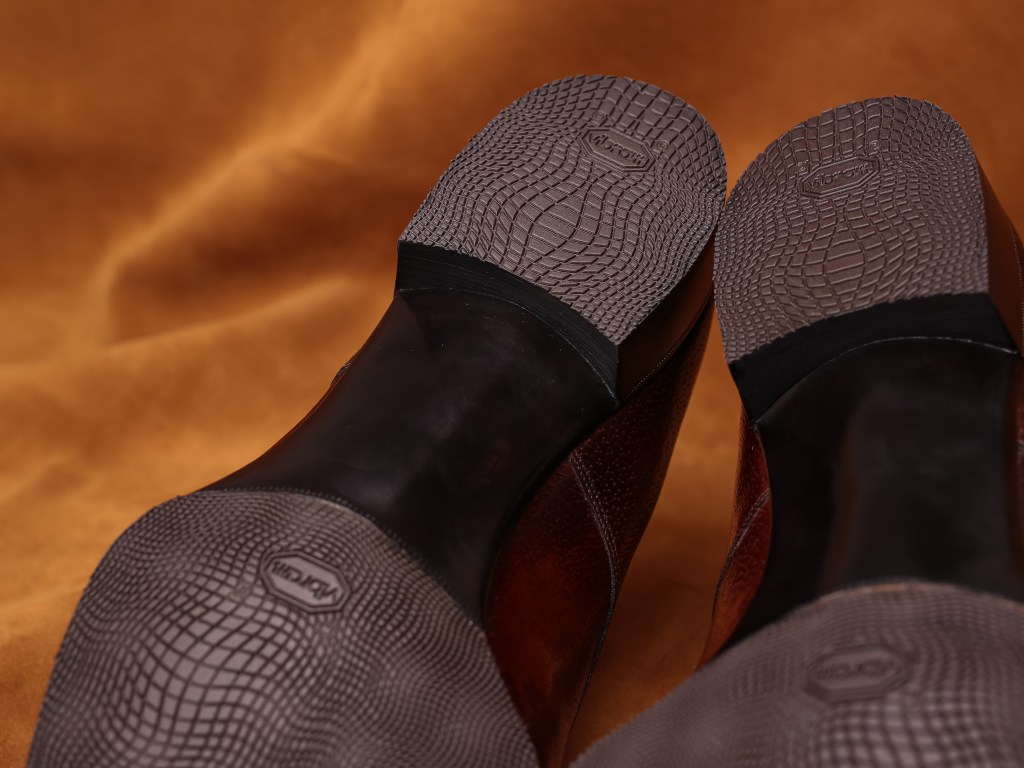 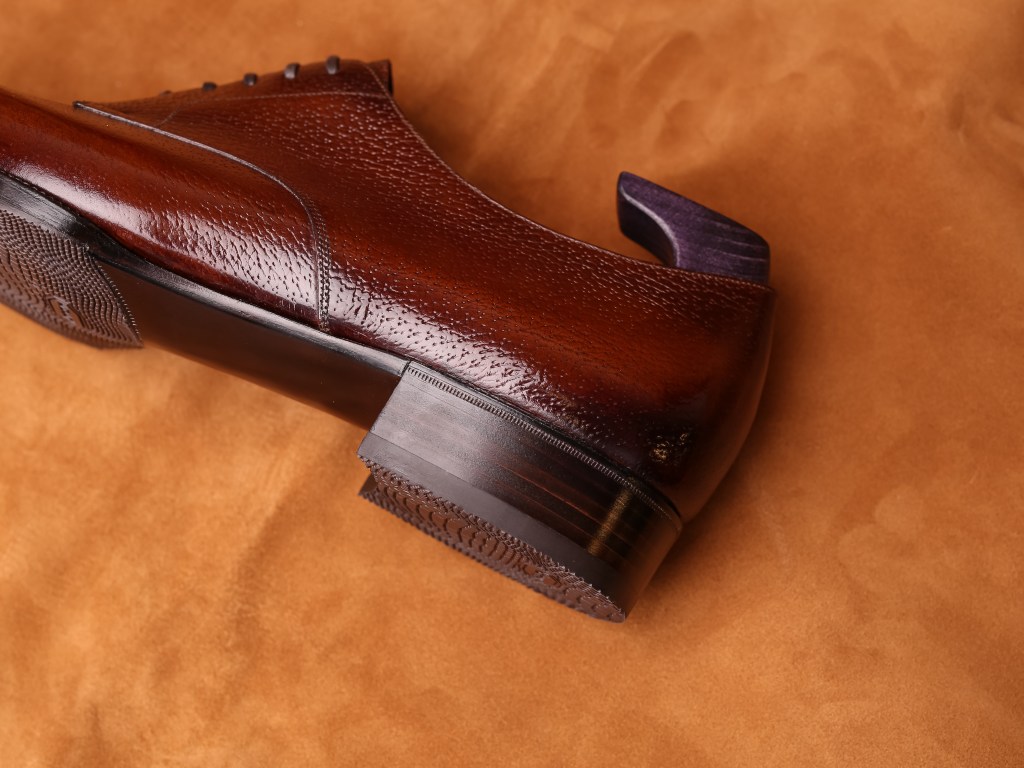 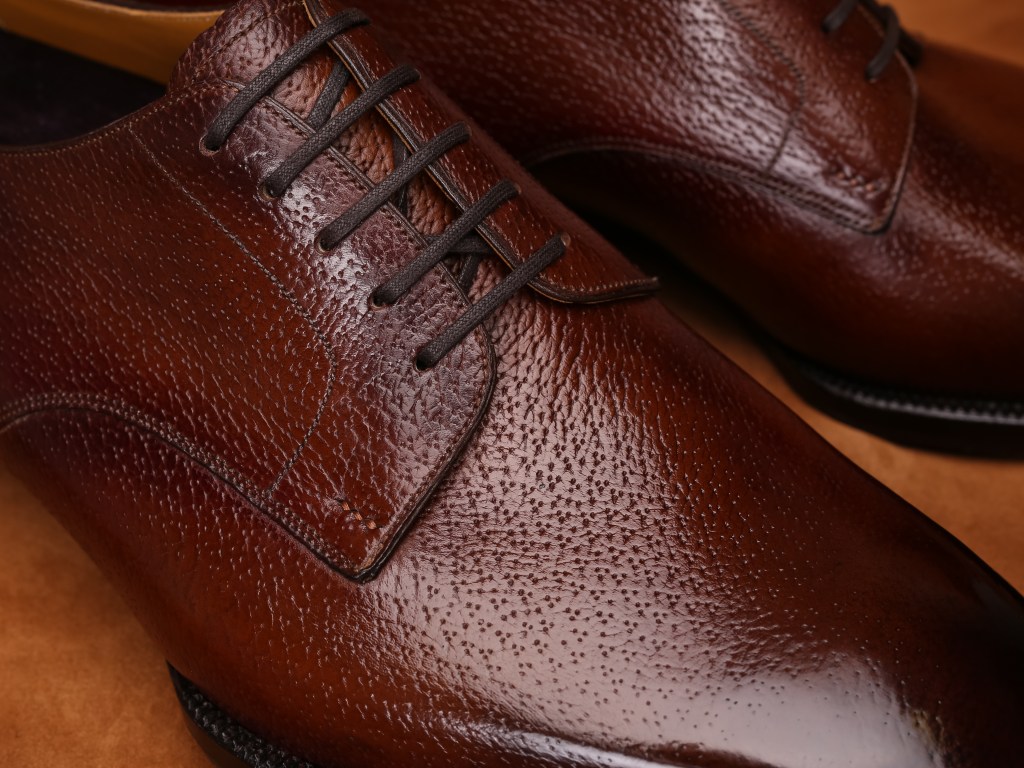 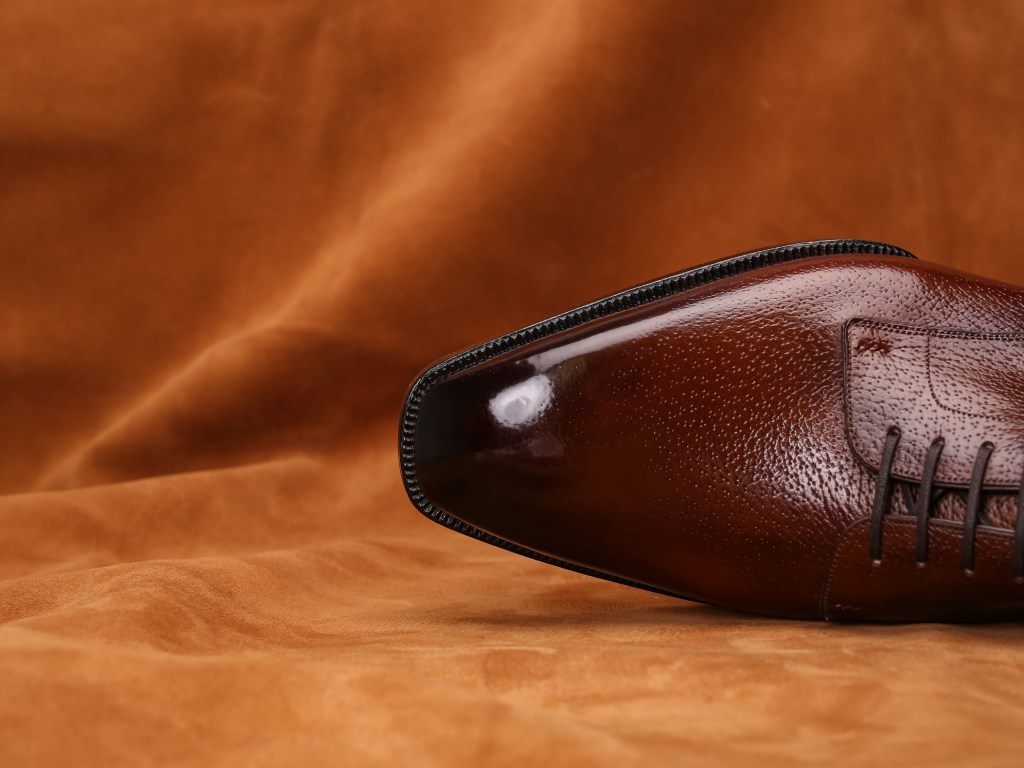 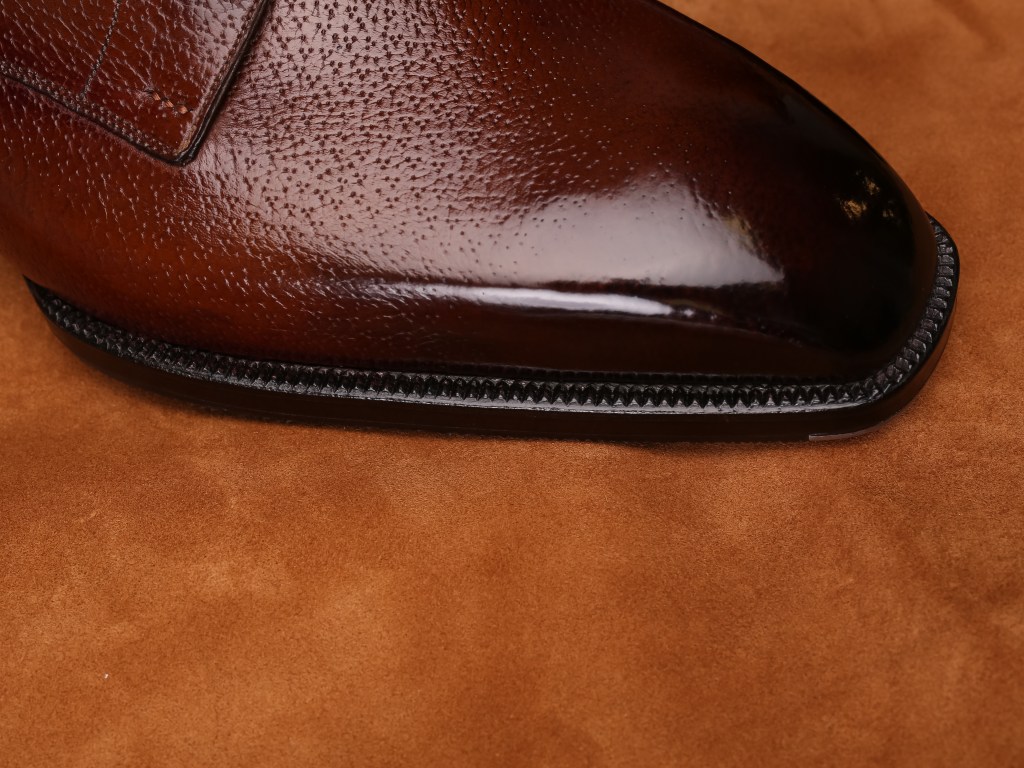 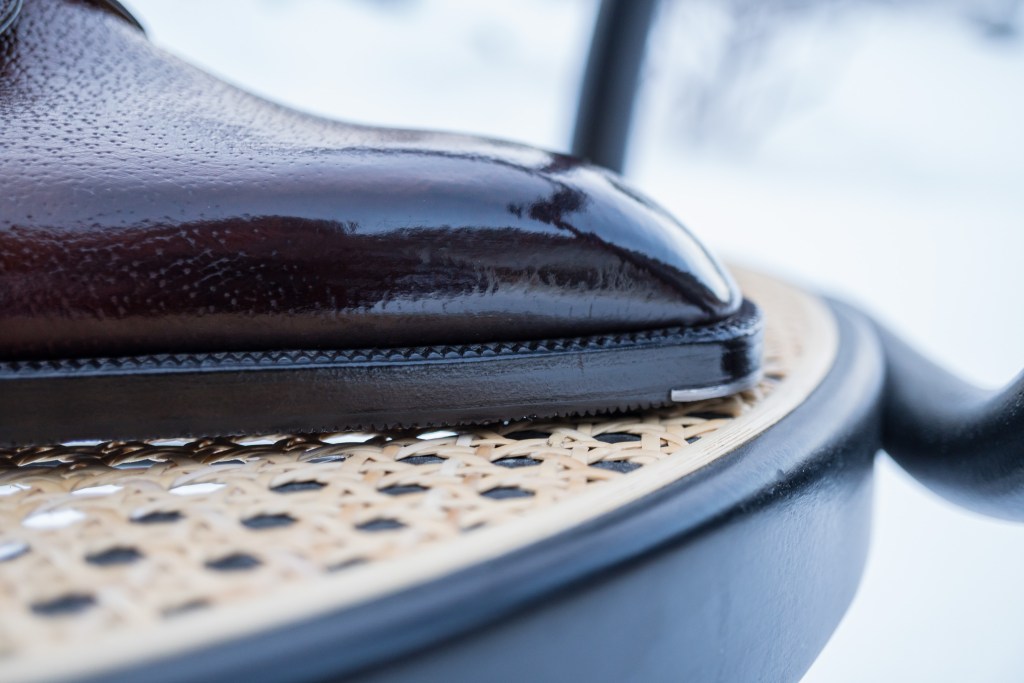 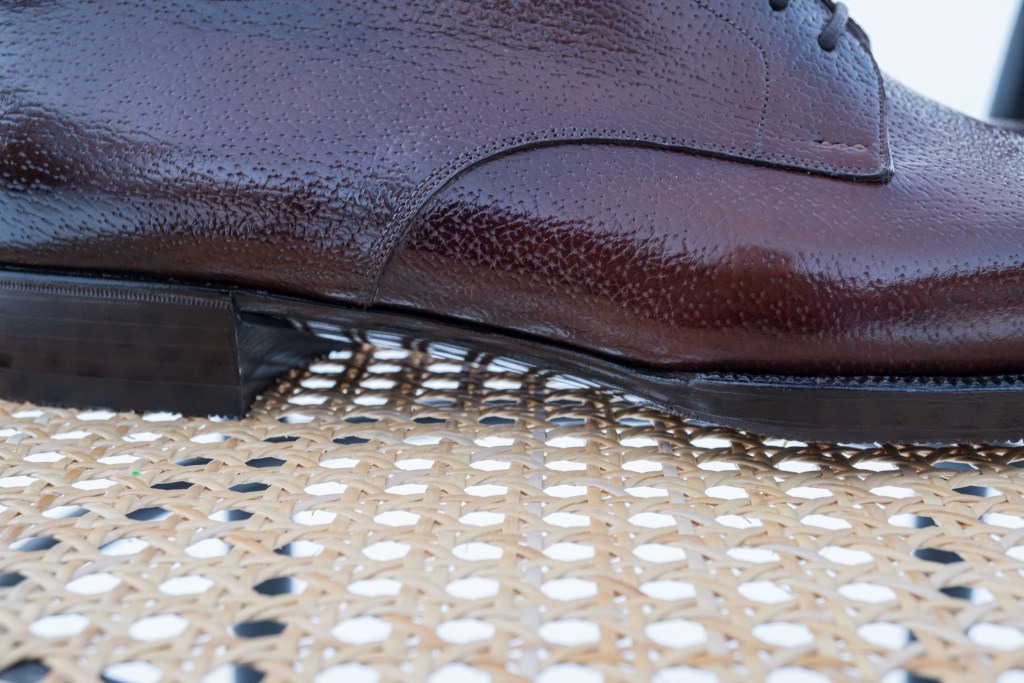 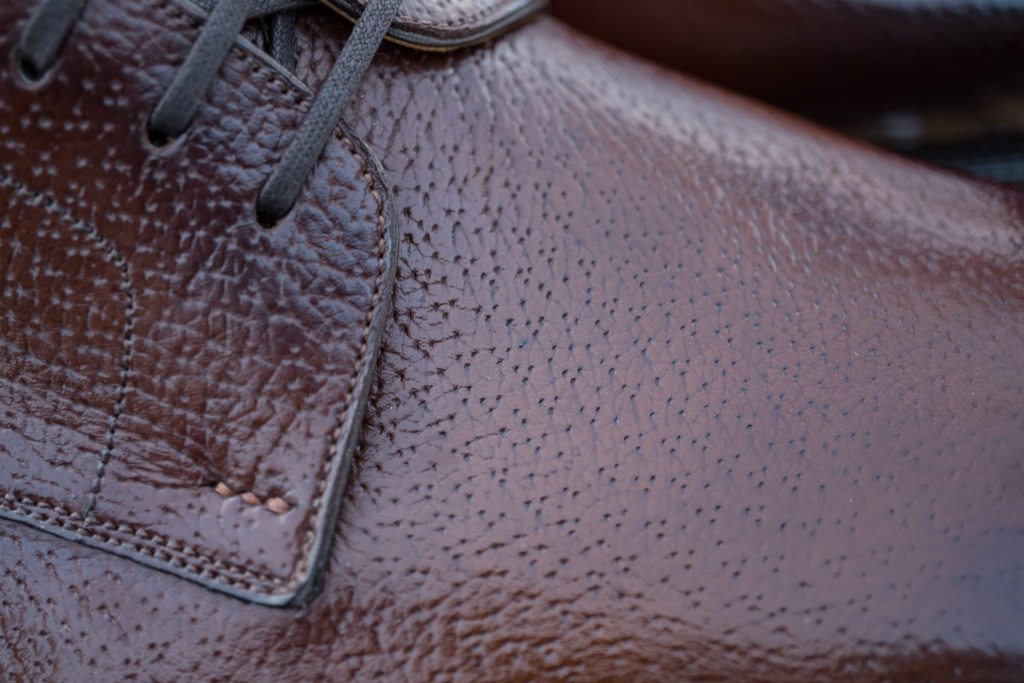 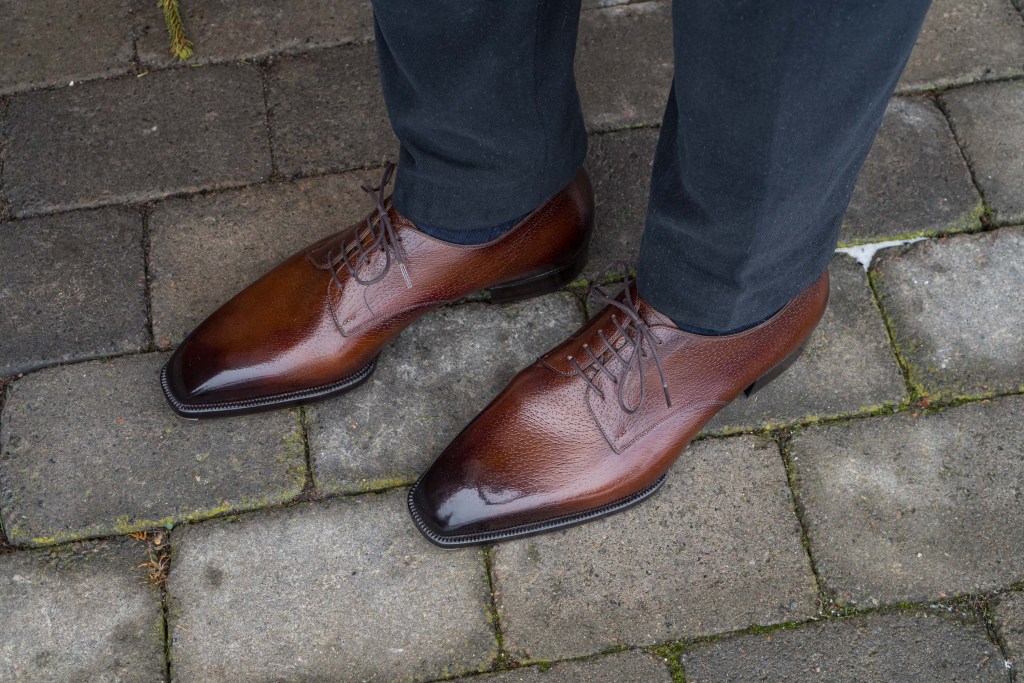 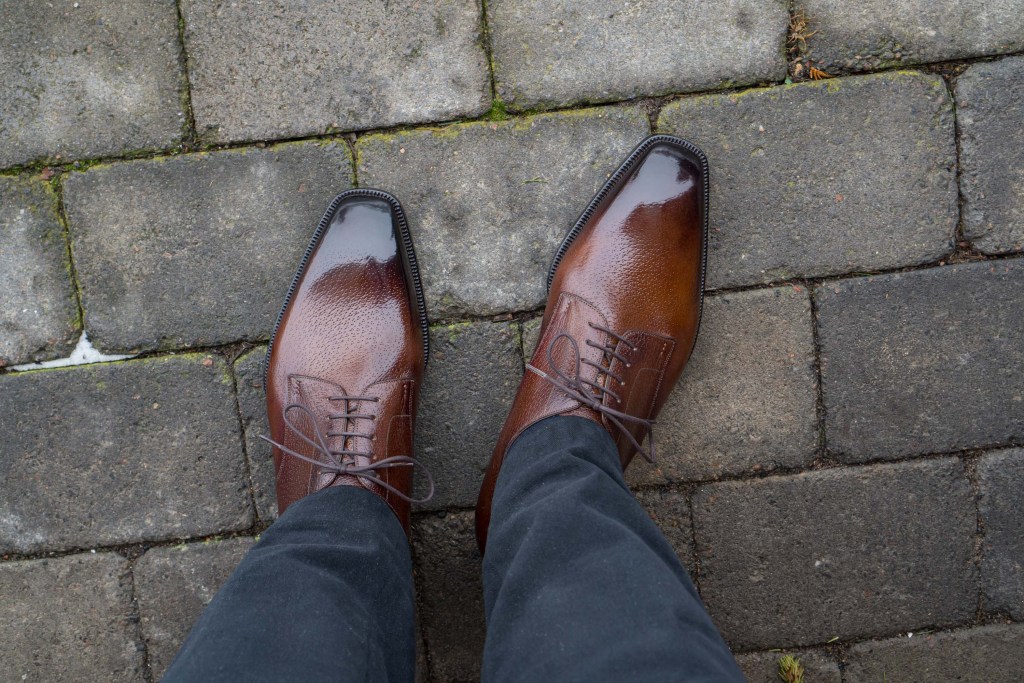 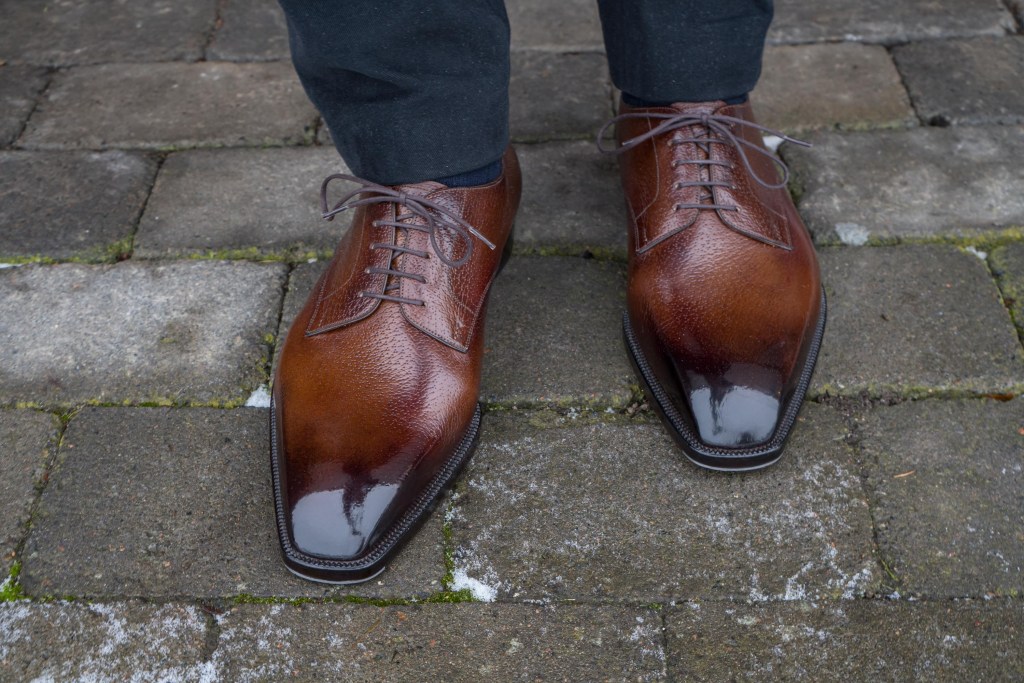