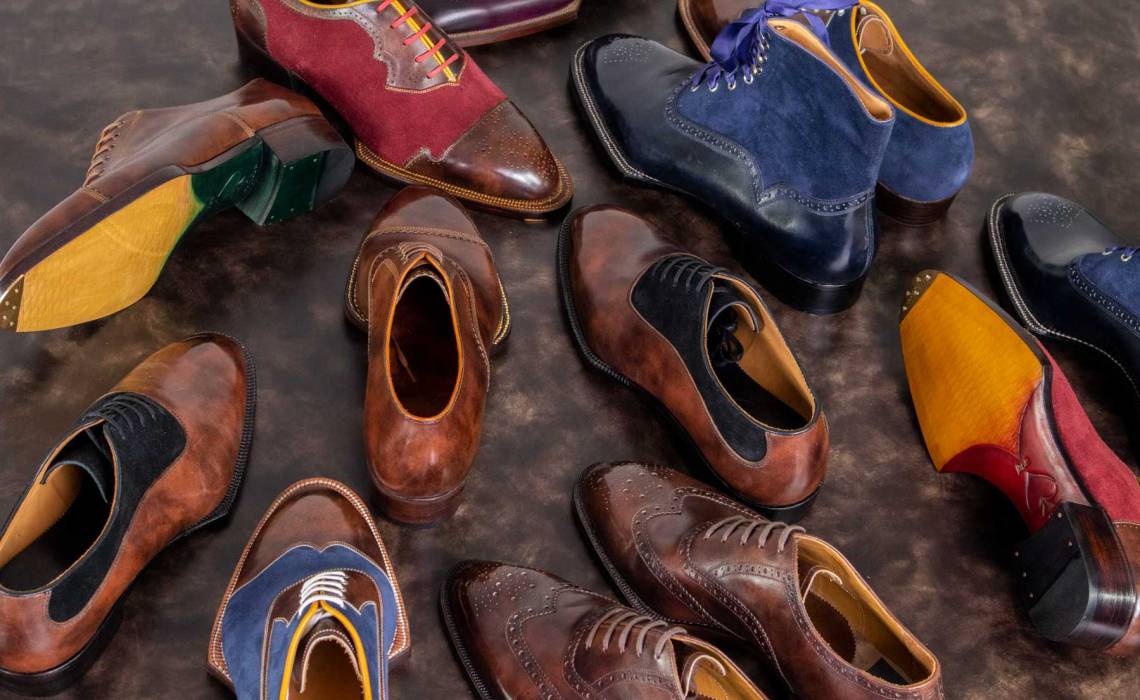 For those fond of the charismatic spade sole look one normally would have to hunt for – often very expensive – vintage pieces from the first half of the 1900’s, or find a bespoke shoemaker who could do it properly. Until now, with the new brand Ace of Spades, offering Blake stitched or highly affordable hand welted vintage oozing spade sole shoes as MTO or MTM.

Ace of Spades Shoes is a collaboration between the Swede Anders Sundström and a small workshop close to Shenzen, in southern China. Anders is a long time fan of vintage shoes with spade soles, owning a couple of pairs himself, but struggling to find more pairs that he wouldn’t have to pay a fortune in the rare cases they showed up in his size on Ebay or similar. Instead, he looked to find someone who could make new ones for him, still with the proper vintage look, and find this workshop in China. They got along well, and what started as a hunt for spade sole shoes for himself, ended up with the hobby project Ace of Spades Shoes. Ace of Spades has really managed to achieve that true, vintage feel on their shoes. Both with designs, lasts, make and materials. 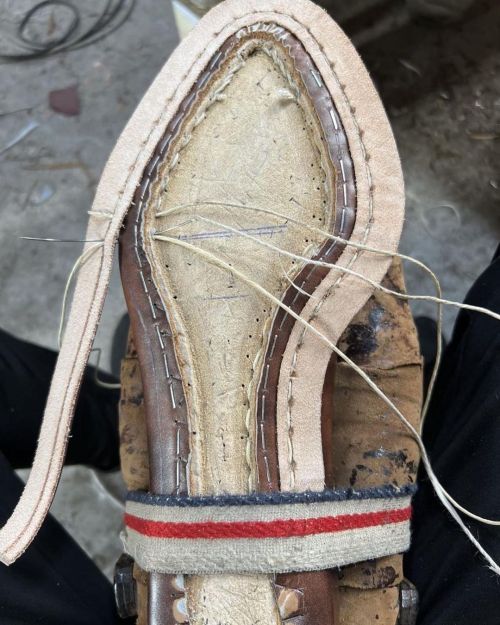 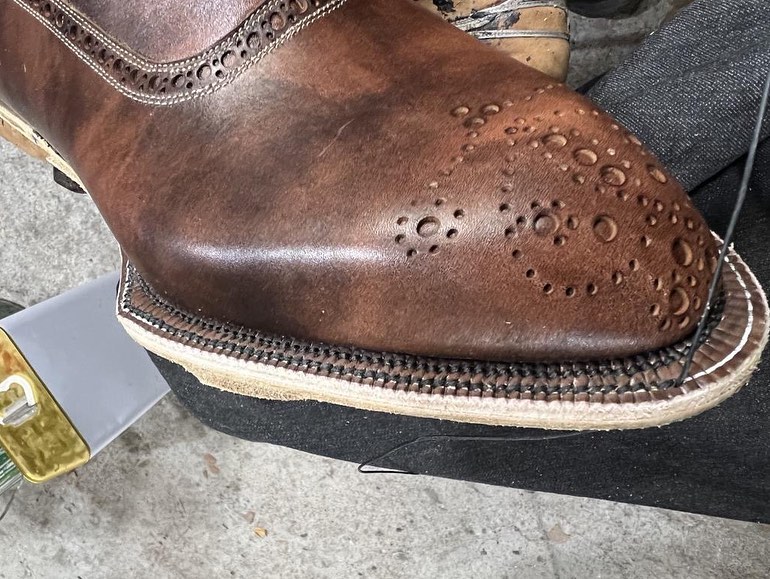 Spade soles refers to a type of sole with narrow waists, usually flat square but sometimes rounded or with ridge/fiddle back, with wide sole edges and marked edges where the waist and sole meets. This gives a triangular shape to the sole and with the narrow waist the look of a spade, or a shovel. The exact origin of spade soled is a bit unclear, but they started to show up in the 1880’s on pointy toed ankle boots. They disappeared for a while, but made a return in the early 1930’s and became very popular especially among Africa-Americans, Chicanos and Filippino-Americans in the Northeastern United States. Since the 1950’s they have disappeared again, even if some brands continued to make them for a couple of more decades, and we still can see versions now and then today, though rarely with an as significant look as one saw back in the days. Until now then, with Ace of Spades. It’s surely a look with a lot of character, the spade sole. Contrasting sole stitching, made by hand. The Blake version has machine made sole stitches only as decoration.

The brand offer MTO and MTM / Semi bespoke (called bespoke here) where customers measure themselves, a personal last is made and one or more fitting shoes made. The most basic offering is Blake stitched shoes, which has two rows of decorative machine made sole stitches. These start at €320 ($350) excl. VAT, and semi bespoke start at just a bit over €500 ($550). Most popular though is the hand welted offerings, where MTO spade sole versions with single row of handmade sole stitch starts at €550 ($600) excl. VAT. One can also order regular styled shoes, this starts at €40 less for the hand welted with hand stitched sole seam. Then there’s lots of options possible. These prices are surely impressive for fully handmade shoes, and for all versions the materials used are European premium leathers from among others Ilcea. Check out Ace of Spades Shoes Instagram for inspiration, and use the configurator on the site to try out different type of make-ups and find something that is to your liking. For me personally this might not be my style of shoes, but I really love niche projects like this, and as I often write, the more good shoes of all different types imaginable that becomes available the better. Some look at various Ace of Spades models. Here’s a two tone balmoral oxford made in the basic Blake stitched construction. 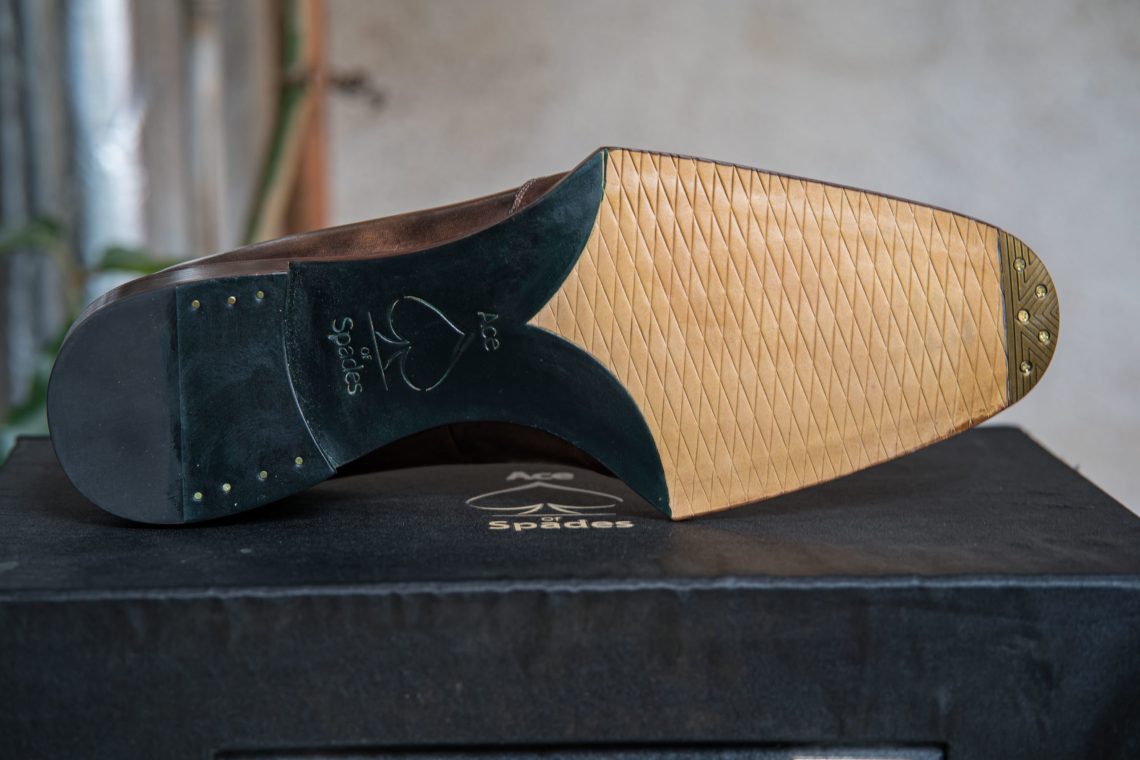 The sole of the same shoe. This is a cool cat for a shoe, a sort of spectator short wing golf shoe. This one was my favourite, the deep red suede and Ilcea museum calf works really nice together. The heel counter is made of the same piece of leather as the facing. Sure one could wish for even cleaner sole stitching giving how visible it is with the two rows of contrasting stitching, but at this price point it still is really good in my eyes. 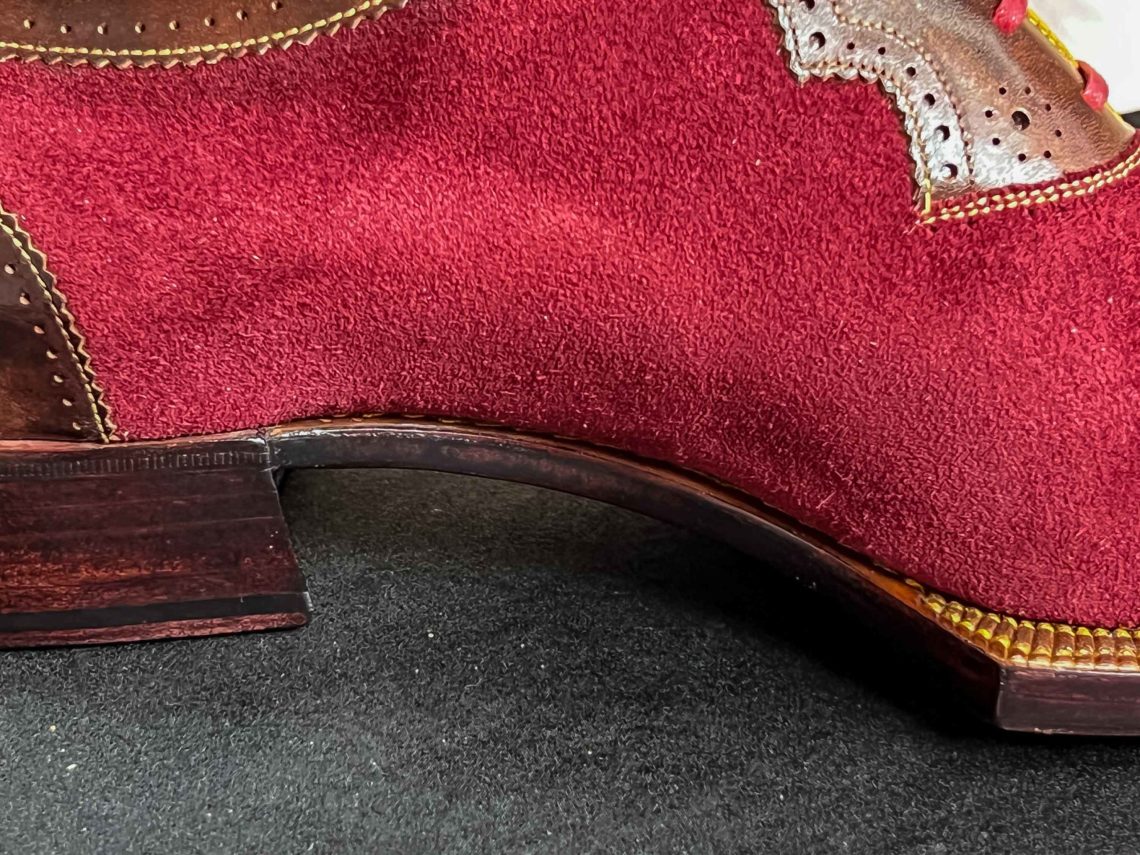 Waist is stitched, though not blind welted, which wasn’t used on spade soled shoes back in the days either.