In the field of quality footwear, there are some terms that can be a bit confusing and unclear, especially for those who have recently become interested in the topic. Here I go through several of them and try to clarify and explain.

A shoe construction that is way too often mistaken for regular Blake construction. With Blake / Rapid you first stitch insole, upper leather and a midsole with a Blake stitch, then the midsole and outsole are stitched with a sole stitch (Rapid stitch), which goes from the top of the sole edge to the bottom of the outsole. Therefore it can be very difficult to see the difference between a welted shoe and Blake / Rapid shoe, but often you can see the Blake seam on the inside of the shoe. Can be resoled in the same way as a welted shoe. 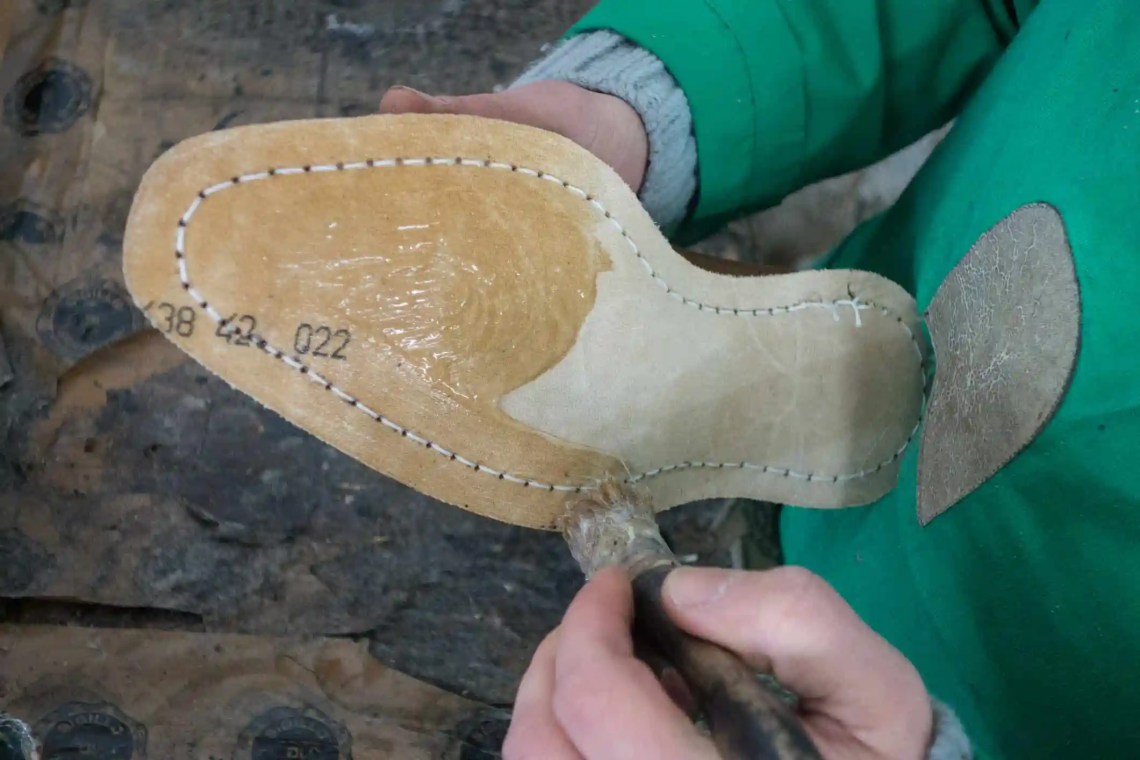 Here the midsole has been attached with the Blake seam, and now cement before outsole is attached. 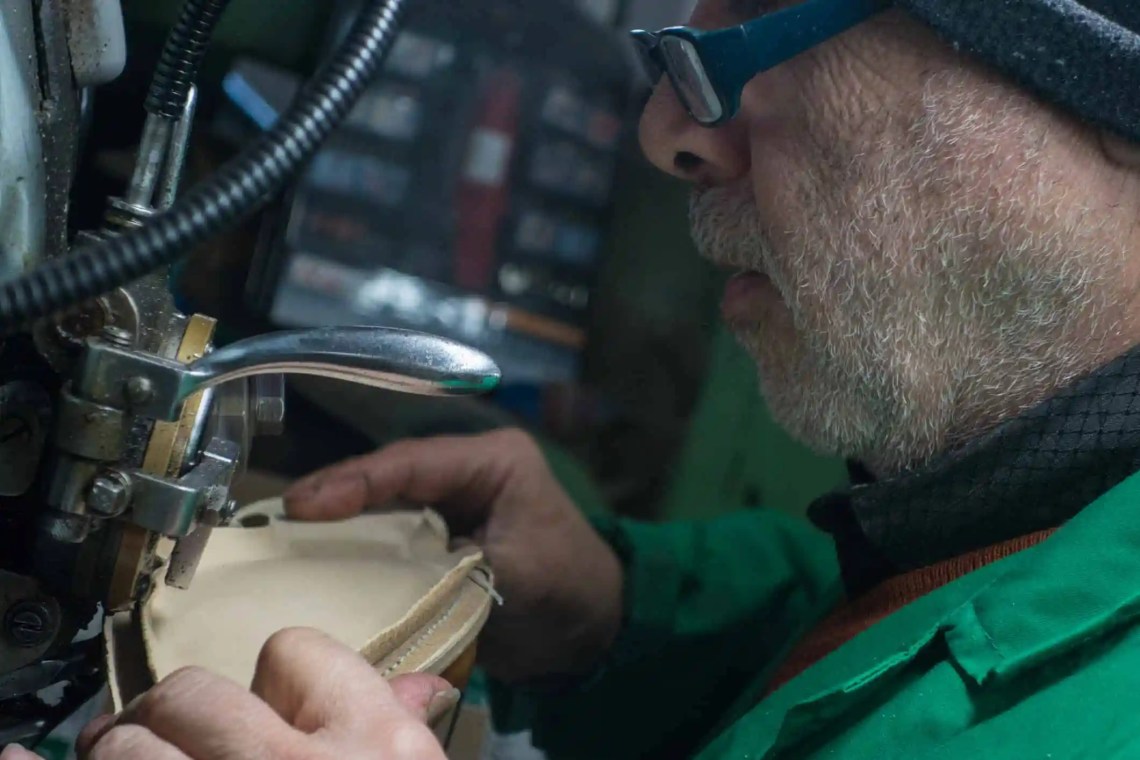 It is often said that a last is chiseled, or that a shoe has a chiseled toe or similar. Often a chiseled toe is confused with a square toe, but it is not the same thing. A toe shape can be square without being chiseled, and technically the other way round, although this is not very common. To complicate matters further, the term chiseled describes two things, which do not necessarily have to be related and on the same toe. Here you can see the sharp sides, good examples of a chiseled toe.

On the one hand, the term chiselled describes when the toe has angularly shaped sides, where it looks as if someone has beaten out the shape with a chisel. I usually use the dictionary description of the adjective chiseled to make it as clear as possible, which reads “clearly marked with firm lines, as if been cut out by a chisel”. But also when a toe seen from the side in profile has a sharp edge, then a fairly straight part down towards the tip of the toe where another sharp edge comes, comes under the term chiseled toe.

Leather that has only been dyed on the surface. Sometimes the crust leather is delivered in its natural undyed color, often in a blue-grey tone from the chrome tanning, which is dyed by the manufacturer before being made into shoes or painted after the shoe is manufactured. Most often, however, the hides are coloured by the tanneries. Easier to achieve a depth in the shade compared to aniline-dyed leather, and it will quicker develop a patina than aniline dyed leathers. When doing patina one often use totally undyed crust leather, like here. Most crust leather is dyed on the surface by the tannery though.

Refers to when the shoe has an elongated toe shape. For example, shoes that have narrow pointy toes need to be elongated, stretched out, otherwise the toes would be squashed together in the front. That’s also why you can’t say exactly how much air you should have in front of the toes, a rule of thumb is that the last manufacturer makes the shoes to have about two centimetres of space in front (yes, that’s indeed the case at least for classic shoes, read more in this article), but if it’s a last with a round, bulky toe it can be less, while as I said it needs to be more if the toe is pointy. 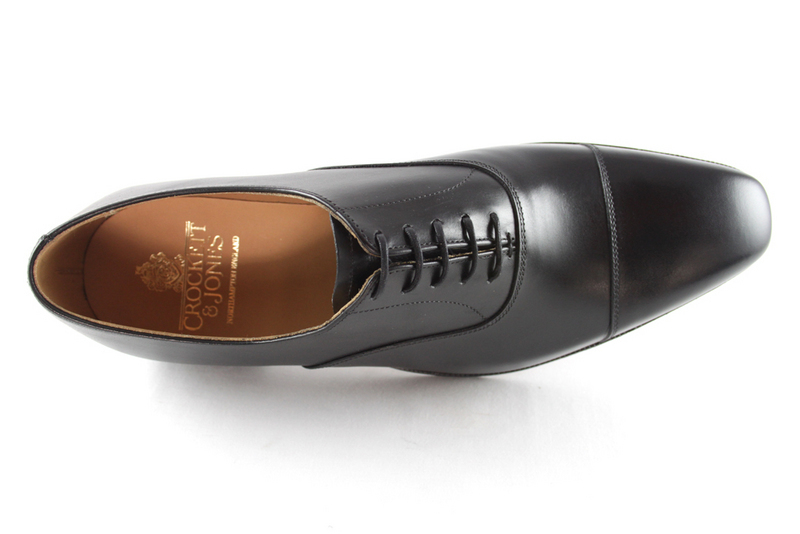 Instep, as most would know, refers to the area of the foot between the ankle joint and the forefoot on the upper part of the foot. Translated to shoes, basically the area under the lacing of a lace-up shoe, the area under the tongue of an oxford.  People also often talk about whether they have a high, normal or low step, which affects which leathers and shoe models suit them. 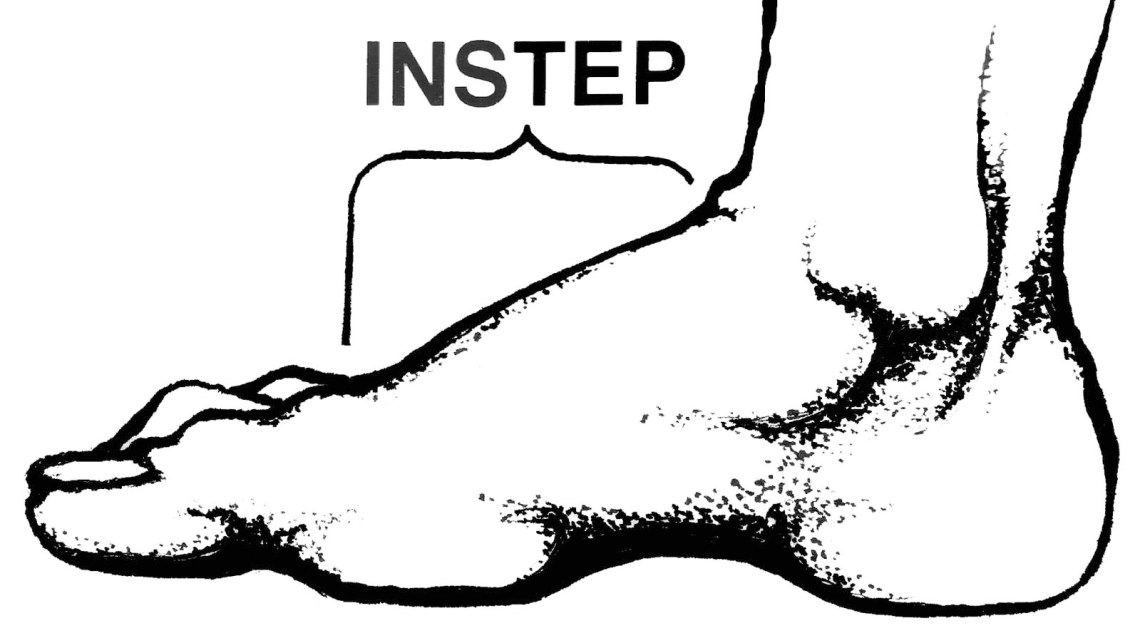 Instep of the foot.

Material used mainly for heel stiffener, but sometimes on cheaper shoes also for insoles and heel lifts (even cheaper is fibre board, which is made of paper). It’s leather grinding dust mixed with glue and pressed together. When it comes to heel stiffeners it is more conformable than celastic / plastic stiffeners, but not as much as real leather heel stiffeners. 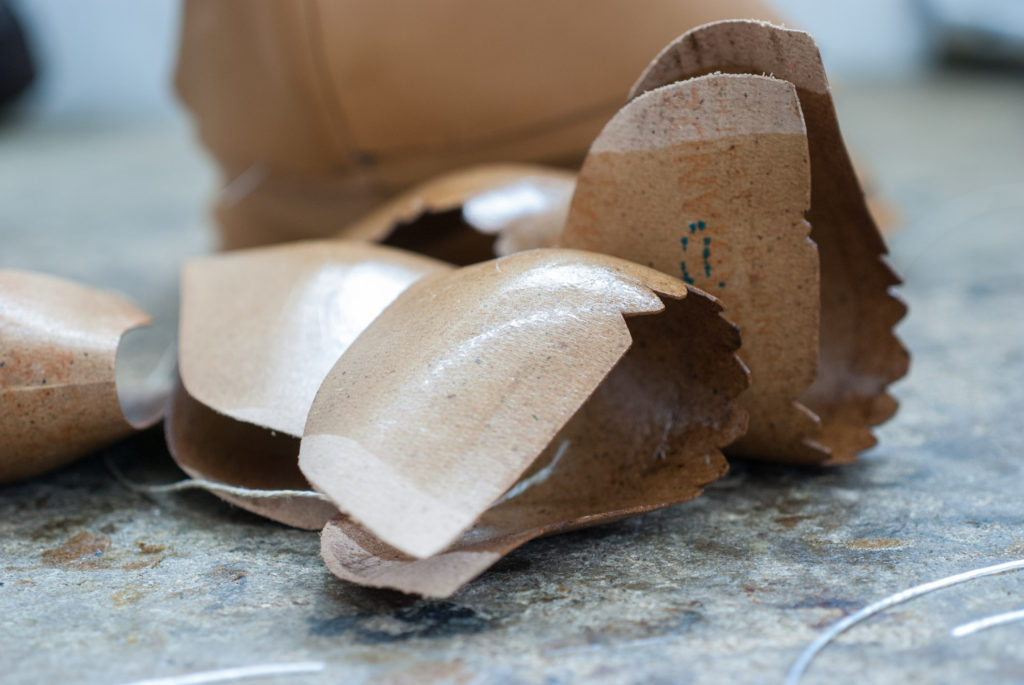 Heel stiffeners of leather board.

Made to Measure / semi bespoke

If one is familiar with tailoring and the term Made to Measure, or MTM, there, it’s relatively simple to get the deal also for footwear, but if one don’t it could be a bit fuzzy. MTM, sometimes called semi bespoke in footwear, is essentially when one have standard lasts and modify those for the wearer. It can vary how big modifications that are done, but in general you never remove material on MTM. The difference to full bespoke is that there, even if one may start from a regular last, one do all types of adjustments also including removing material and further individualising the lasts for the client. 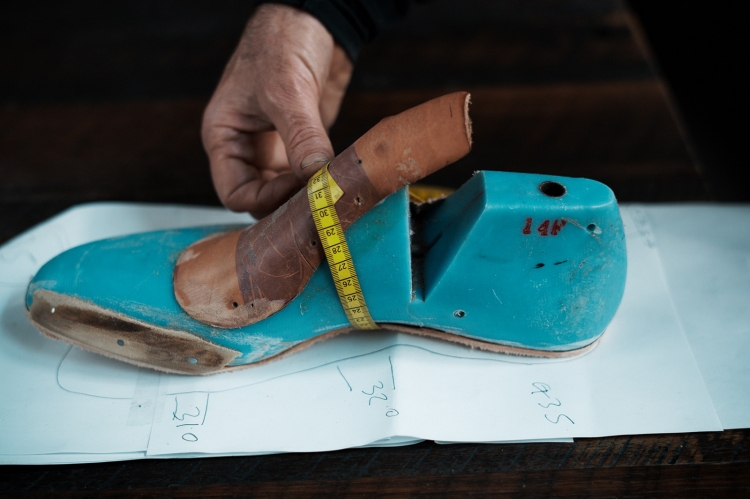 Contrary to popular belief, the width of a last is not about how wide the last is at its widest point, but about the circumference of the ball area, where the shoe bends and where the area between the the big toe joint and the small toe joint of the foot should be. The width of the rest of the last is also included, at least more or less. In the US there is a clear designation of width, D being the standard width and lower letter narrower, higher letter wider, but in Europe it varies. Here one use a different scale where standard width is usually referred to as E or F, but sometimes D or G (as in the US, however, earlier letter is narrower, higher wider), so you need to know what applies to each manufacturer to know what is standard. In terms of width sizes, there is no systematised grading in how much one width differs from another, but generally a width size up is equal to the same width as a shoe in a length size up. Thus, if you wear a shoe in size UK9 F (standard width), the width is the same as the same shoe in UK8.5 in G width, or UK9.5 in E width.