History – The evolution of RTW lasts 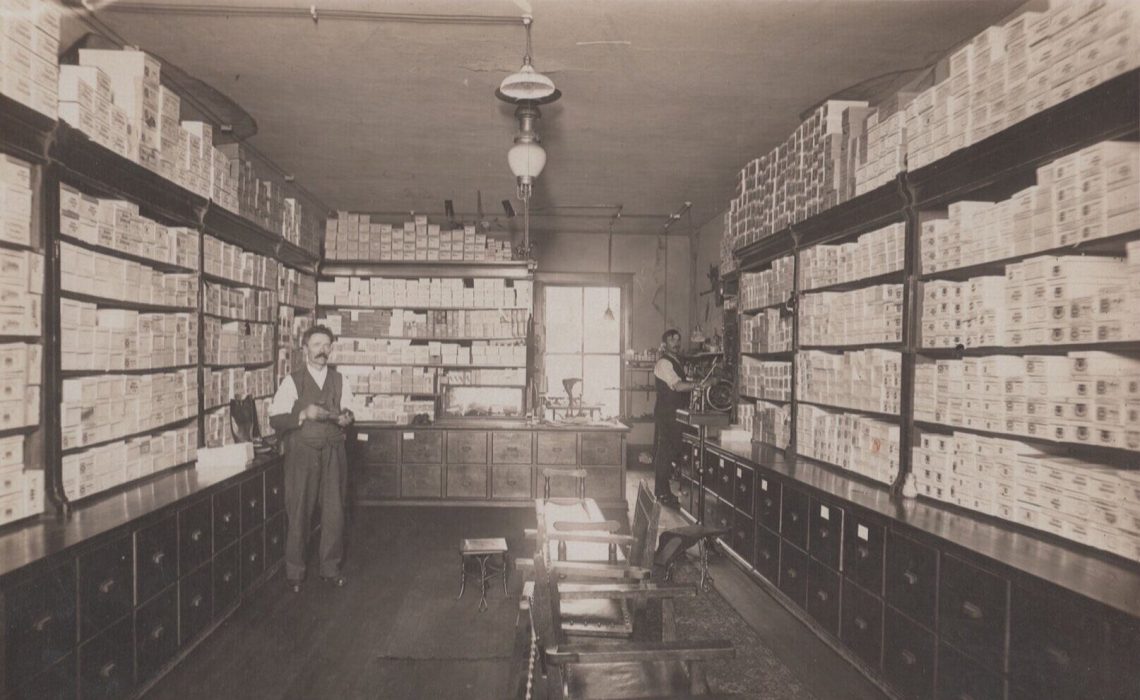 Shoes have gone from something that most ordered from a local cordwainer in versions of relatively standard styles, past a segment where styles were perhaps more limited but Ready to Wear shoes were kept in loads of different lasts and widths that customers could try on, up to today’s situation where there is a huge selection of styles but fit-wise more and more streamlined to fit the most common feet “ok”, instead of fitting some feet great. Here’s how it all evolved.

The tale of how the fit of RTW shoe has developed is one that in a way goes hand in hand with how society has developed during the same period. Looking back the past 150 years or so, shoes have gone from relatively ill-fitting in most cases due to lack of resources both from the manufacturer and the customer, past a high-time where it was easier for most to find shoes that suited their feet well, up towards a situation where options might seem endless yet it’s difficult for too many to find shoes that really fit good. Now, there will as often is the case in this type of articles be a lot of generalisations, but the large picture sure is there. So, during the 19th century most people owned very limited amount of shoes, and in most people’s live’s they were mainly utilitarian. During this time shoes went from being made on straight lasts (where both lasts had the same shape, and with wear they formed to suit each foot a bit better) to paired lasts with one left foot and one right foot shape, which obviously made a huge improvement in fit. Shoes was expensive, they were often bought from a local cordwainer workshop who had a selection of lasts which could be slightly modified if needed, for instep or width etc. On these pretty basic leather shoes were made, turn shoes, wood pegged, welted etc. depending on situation and money of the customer. These shoes were repaired over and over to live as long as possible. On the countryside this type of shoe business continued on into the 1900’s. From a shoemaker’s workshop during the 1800’s. Picture: Philadelphia Encyclopedia

The industrialisation that took off during the 19th century changed most parts of manufacturing, so also for shoes. They became a mass-produced product, made in larger and larger factories more and more efficiently, as machines took over more and more parts of the making. There wasn’t any standardised shoe sizes, it hadn’t really been needed since before one ordered shoes from the one who made them. If they didn’t already knew which size of theirs one worn, one could just be measured. This now had to change. And it did.

In 1885, the first standardised RTW shoe size system used widely was introduced, in the United Kingdom. Two years later a version of it was established in the US, developed by Edwin Simpson, and this also included a width system. Quickly one realised that this was a very good way to achieve shoes so that most people could find something that fit them well. If you have standardised length sizes made in various widths, and all various last shapes were made into these options, many feet shapes was covered relatively well. We’re now into the early 20th century, and when one went into a shoe store at this time, a normally very knowledgeable person would help you find a shoe that suited your feet the best way. As mentioned before, styles weren’t always lots to choose from, there were mainly the classics and versions of these, models that are still around, but in basically all of these size and width ranges were extensive, and shapes with for example high or low insteps existed in all these various widths.

This was then the way RTW shoes were sold during many decades, without that much really changing. This was, in terms of making it easy for customers to find shoes that fit them well, without having to go bespoke, the peak years. In the latest few decades, various reasons have made the world take various steps away from this, into something that makes it more difficult. In old mail order catalogues one could see how basically everything was offered in plenty of widths. Here’s an example from a Sears catalogue in 1911. Picture: Ebay From the following decade, the 1920’s. Picture: Vintage Dancer

To blast of some of the reasons quickly, first off, the mass-production and development in manufacturing processes made it easier and easier to produce shoes in different ways, fashion trends came and went quicker and quicker and the capitalistic system fed it to increase consumption, but with more options of styles and more demand of making money, a logical development has been to streamline things. A store can only carry so much stock, and when customers demand more styles, something got to go. And this was the various widths. Also, with sneakers and sport shoes taking over more and more, the cushioning and foam padding makes it easier to make things comfortable even if the fit isn’t actually ideal (I wrote about other issues with the cushioning in this article). 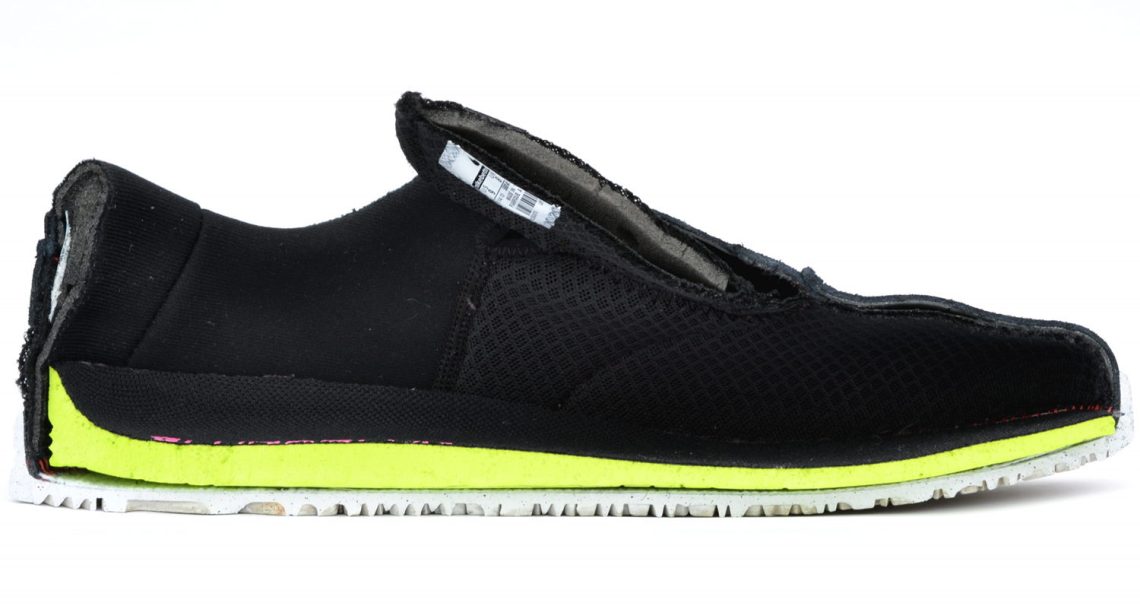 With the extensive cushioning and padding used in many of today’s shoes, good fit in a way is simulated. Picture: Weartested.com

Then internet arrived, and threw everything around even more. Sure, there were mail order services before where shoes were sold, but up until the new millennium standard was that you bought shoes from a store where you had tried on the shoes first, and ideally had help from a knowledgable sales person. The latter unfortunately already had disappeared in many cases, so lack of knowledge on how shoes should fit was already massively in decline, which made it easier to sell shoes that were made to fit as many people as possible only okay, and folks was fine with this.

With online sales, when it obviously became even harder for customers to find shoes that fit ones feet well, it was in a way a good thing, for the shoe companies. People settled for less than what they should. This meant that the streamlining continued, and nowadays it’s very rare to find lasts that are offered in a variety of widths, as RTW in store or available for immediate dispatch. In many cases all a store or brand sell are shoes in a standard width, and the instep height is similar for all lasts. For many brands, it’s common that all lasts fit identical, only the toe shape differs. It’s good if it’s a last shape that fits your feet well, since then you know all will work for you, but bad for everyone else.

One way to solve this for customers has been Made to Order services, which of course is great, but it is a fact that many people today don’t have the patience to nor pay the upcharge for this, nor wait the extra time, also since they in most cases never had the possibility to actually try on the narrower or wider width last they would need. So, instead way too many go down in size and squeeze in their toes to get shoes that are narrow enough, or up in size and have shoes that are too long to accommodate wide feet. Some are better than others at using things like insoles, tongue pads or stretch shoes to fix these issues, but too many still end up with something that isn’t ideal or worse just settle for something that’s actually quite bad.

There are exceptions to the rule. If we look in the world of classic shoes, some good examples are Allen Edmonds, Alden Shoepassion, JM Weston etc. The latter is a brand that really do things similarly to how things used to work, they have loads of lasts that are very different in shape with for example low, normal or high insteps where most are available in several different widths, and if you have one size and width in one last it can be completely different in another. To put it bluntly, they are terrible to try to buy online without previous experience, but if you walk into one of their stores in France and are lucky to have one of their most experienced staff help you, almost everyone will be able to find shoes that fit them great, for real. A JM Weston store works like shoe stores did back in the days. Picture: JM Weston 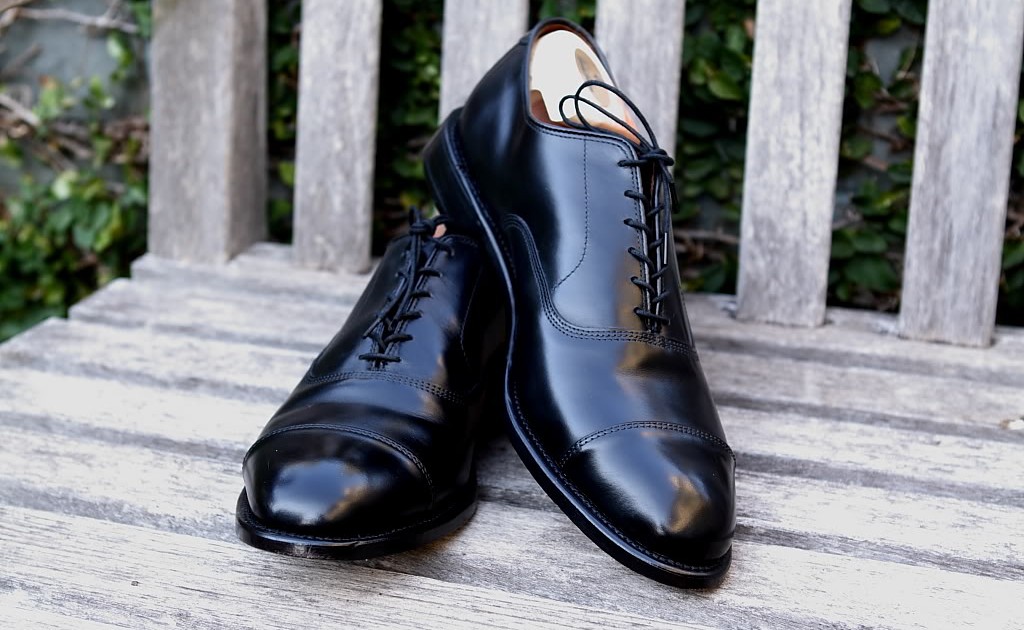 Allen Edmonds is bashed a lot in menswear circles, but when it comes to offering fit options for their customers, they are world leading. Their most popular styles are available in US5-16 in ten (!) different widths. No wonder they are the a given option for many. Picture: The World of Shoes

Going forward, there’s no stopping online sales, of course. There’s so many other pros with it. One way that I think is solving things in a good way from the perspective of making different widths and last shapes accessible are when brands who usually own their factory do shoes on MTO basis but with quick turnaround times without an up-charge, like Indian brand Bridlen who I recently reviewed, and who can offer different widths (Bridlen only has standard and very wide, hopefully more will come) and accept exchanges or returns of these. Another is information on how shoes fit, why everyone should visit shoe stores or trunk shows where they can be guided by very knowledgeable people, and learn what is right for them, and then have the patience to use this going forward and ship back shoes that aren’t ideal, no matter how lovely they look or how good the deal was.

Our feet are important things that will carry us for life, they deserve to spend time in well-fitting shoes. It may be a bit harder to solve this today, especially for some people, but all can with patience and knowledge.