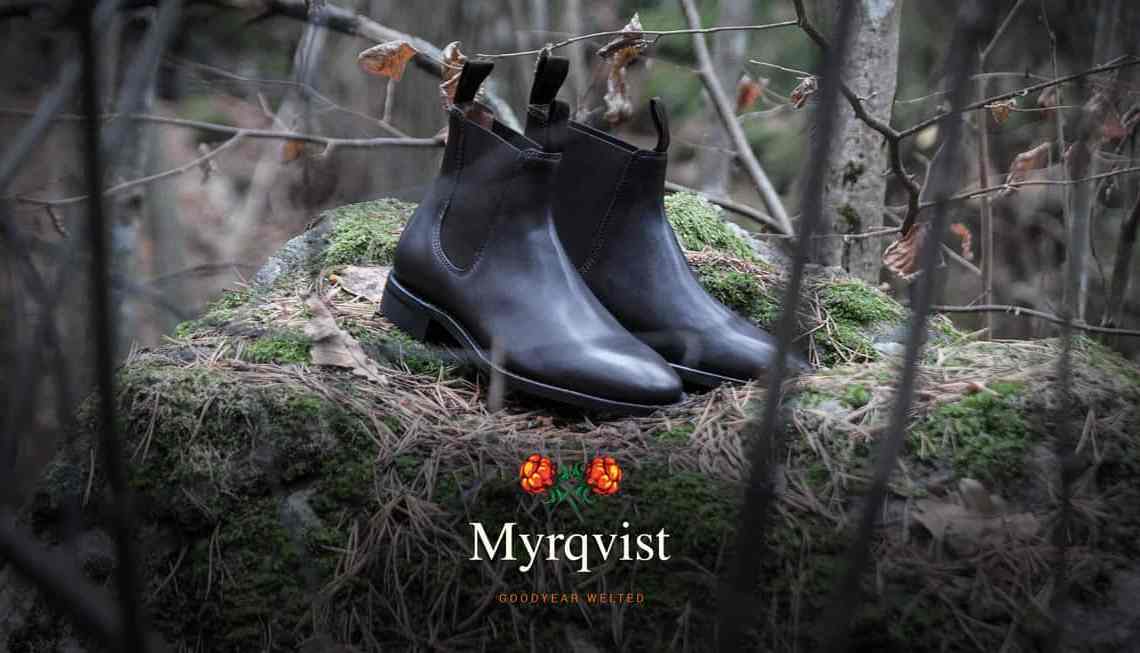 Finally it’s time for the webshop Herrstil to make their launch of its collection of Goodyear welted shoes under the brand Myrqvist. With a price tag of €200 it’s an interesting alternative in the lower price range of quality shoes.

Herrstil started their venture with their own shoes last spring with a campaign on Kickstarter (which I wrote about in this post). It was hugely successful, the campaign got in a total of about €7 500 and over 400 pairs of shoes was pre-ordered. The problem with this was that the small factory in Vietnam that was their partner had a hard time producing all the shoes ordered, plus as all the pairs that Herrstil wanted to make for the proper launch of more models etc on their site, which the Kickstarter campaign would be the start of. Therefore, during the summer they changed the factory so that the shoes now launched are manufactured on a larger factory in India. It’s still the same last, a alightly asymmetrical last with a soft square toe and relatively good arch support, and with the same specifications such asleather board heel stiffeners and slightly bevelled waist. The leather will not come from the Russian tannery as with the Kickstarter-made shoes, but now from an Indian tannery in the same city as the factory, which is of much higher standard than many other tanneries in the country. The leather used is a fine crust leather from smaller calves with a very tight grain. The brown leather is still painted by hand but in a more thorough process, which should make the color last longer. Full brogue, one of the new models now being launched.

The models being launched were some part of the Kickstarter campaign, these are an adelaide, a semi brogue and a plain cap toe oxford. All these are available in dark brown and black leather, the former two also in medium brown suede. In addition they’re also releasing several new models, a full brogue, a chukka and a chelsea boot. Most of them are available in several different colors, in some cases the same as mentioned above but also in some cases cognac colored leather and dark brown suede. The boots have a version of Dainite rubber soles. The price of the low shoes is about €200 (1 999 SEK), the boots will cost around €240 (2 399 SEK). Most models are available in stock now, a few will arrive in the next few weeks. I’ve tried the first round with the Kickstarter shoes made in Vietnam, I found them as having a good quality for the price, and I will also get home a pair from the new factory, which will then be reviewed here on Shoegazing later on. 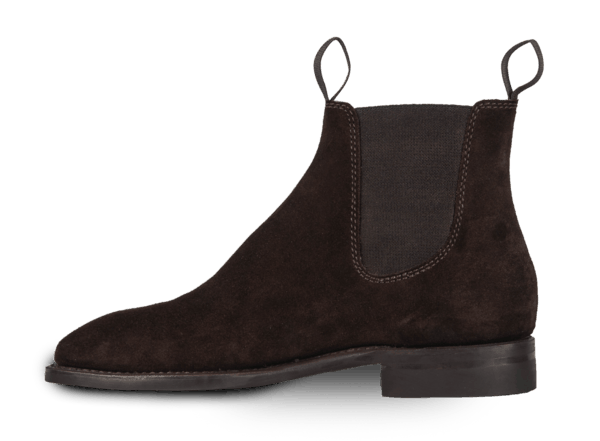 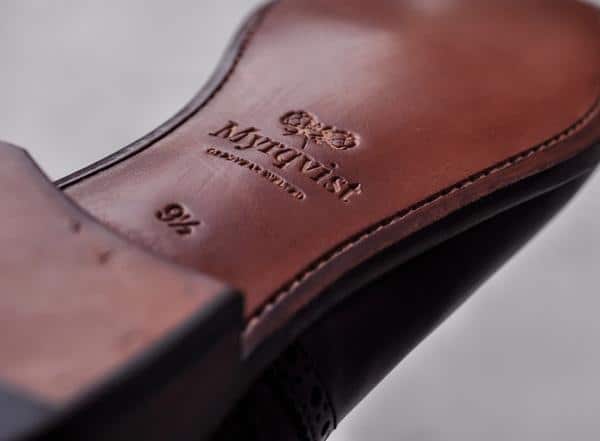 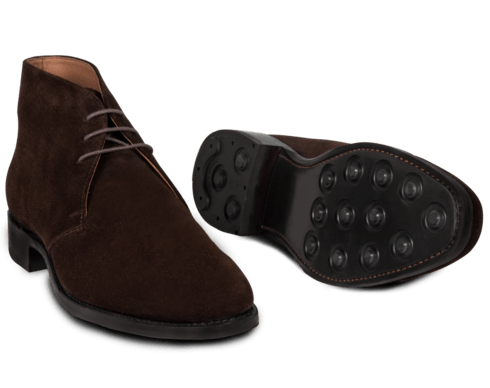 The boots have a single rubber sole. Pictures: Herrstil