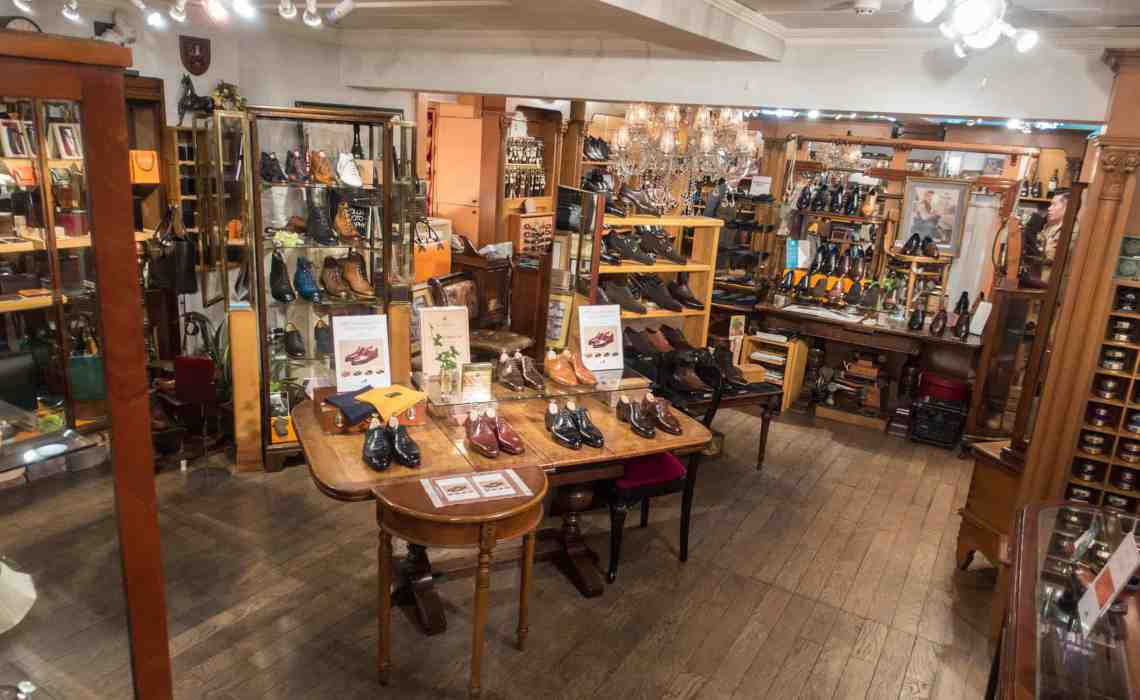 World Footwear Gallery in Tokyo is one of the world’s most respected shops for quality shoes, started over 25 years ago. They have over the years been at the forefront in many areas regarding classic shoes and have had a great significance for the fact that Japan today is the country that drives the development of the industry.

On a visit to Japan in general, and Tokyo in particular, you can see a lot of domestic brands and stores of course, but it’s also very internationalized where the giants from the West can be seen everywhere, and also smaller brand of all kinds are easier to find in Tokyo than in many European capitals. It’s also the fact when it comes to classic shoes, but this was very different just a few decades ago. 1979 Keiichi Fukada was the first in Japan to import European quality shoes. First he only had an agent business, but in 1991 he opened the World Footwear Gallery, WFG, in the district Jingumae, in the same premises as their main store is still housed, although they have expanded several times since then. Back then the retail space was very small, and the shoes were sparsely exhibited on display, a bit like in an art gallery, hence the name.
– It was just international brands that we had – Silvano Lattanzi, Alden, Crockett & Jones, Edward Green, Embassy and JM Weston – with only a few models of each, and since we had no room for stock the offerings was very limited, Keiichi Fukada says. To the left Keiichi Fukada, founder and owner, to the right Ryosuke Hidaka, Director for all WFG stores. Sole of the shoe above. Plain, Blake stitched oxfords from WFG’s own European made label.

Since there was very few good shoes in Japan at that time, people came from all over the country to shop in the store. In the 90s they also started selling Japanese shoes, and so it has slowly grown, actually on all fronts. The shop here in Jingumae today is on two floors with more than 250 models from over 20 different manufacturers. It also offers women’s shoes, and upstairs one find workshops of FG Trente who runs the brand Floriwonne, a patina artist which has its own shoe range and also collaborates with for example Ann Bespoke, plus Seiji McCarthy who this year started up his bespoke shoe business. To provide workshop space to new actors have been done for many years, for example as Hiro Yanagimachi sat here the first few years after he started in 1999.
– For them it’s great to have our store as an arena, and it also an added value for us and our customers. A win-win, Fukada says.
They also regularly host trunk shows with other bespoke shoemakers and craftsmen, mainly domestic ones. Alligator wholecut made by Ann Bespoke for Floriwonne. 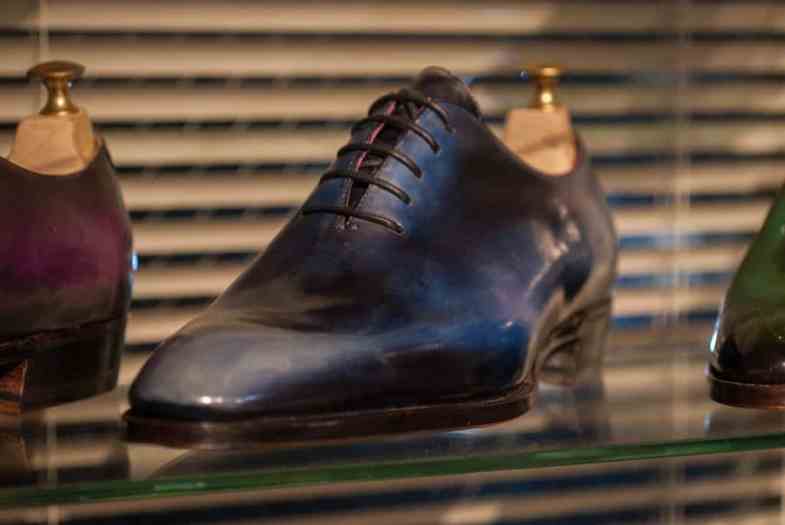 Seiji McCarthy shoes in the making.

Since the start of this millenium the interest in classic shoes has exploded in Japan. Isetan has opened its giant shoe department, many other stores are established, and new bespoke shoemakers pop up all the time. Also for WFG things are going well. Today, in addition to the large main store, they have two smaller stores in Ginza and Koicho. Head of all the stores are Ryosuke Hidaka, a man with a huge amount of knowledge about shoes, it feels like you could sit and talk shoes for weeks with him without getting tired.
– Of course we want to make money, but the main thing will always be that we have a great passion for shoes. It’s what drives us, says Ryosuke Hidaka.
It’s also this feeling that pervades WFG, in everything from when talking with Hidaka, Fukada or any of the staff to the selection of shoes and the store’s furnishings. It’s far from the quite sterile rows of shoes at Isetan for example. Here is the decor quite wild with many different kinds of shelves, cabinets and tables, where the shoes are lined up in a varied way around the store, interspersed with accessories and more. It’s a bit like going on an expedition as you wander there among all the shoes. 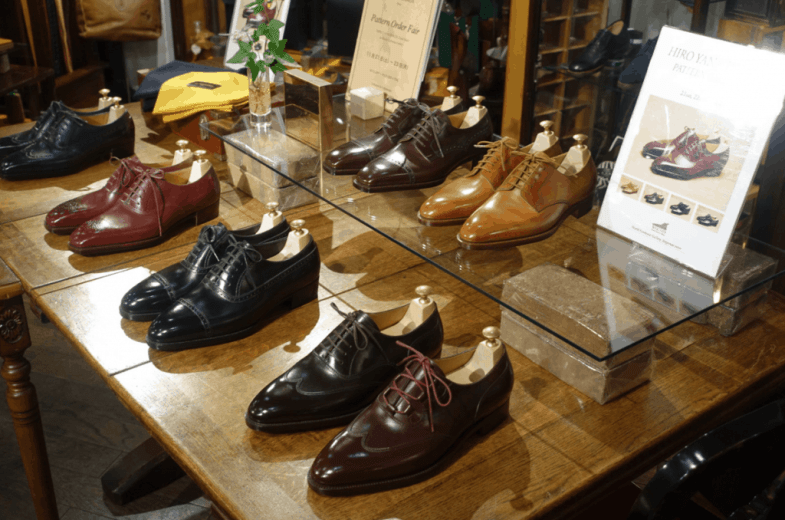 Hiro Yanagimachi was holding a Pattern Order Fair (similar to the one at the super trunk in Stockholm in a few weeks) when I visited, so some shoes from him was on display. Some  brands that Ryosuke Hidaka highlights a bit extra is the domestic Miagi Kogyo, a factory that WFG has been closely involved with and they have jointly developed their top range.
– The shoes are around 60 000 yen (about €550), which is extremely affordable, not least the build quality is on par with many European premium brands, Hidaka says.
Another player they sell well and are very satisfied with is the Italian brand Bollini. A small manufacturer with three employees in the outskirts of Milan, which makes shoes in the mid-price segment with fine finishing.
– In general, the Japanese are quite restrained when it comes to classic shoes. Certainly there are extremes, but in general people have at least earlier even thought things like that full brogues can be a bit too much. Today it’s more varied, but still quite conservative among the masses.
For the future, one thing that happens is that they’ll move the store in Ginza to a much better location. They are also looking into start selling online, a step that would be logical, but since they have the high service and knowledge level as characteristics they need to be able to include this in a good way.
– If we would sell online, we want to do it properly, not just ship off a bunch of shoes with free shipping, cash in and be happy. As I said before, it’s the shoes that are the most important thing. Sole of their shoes.