Reflection – It was better before 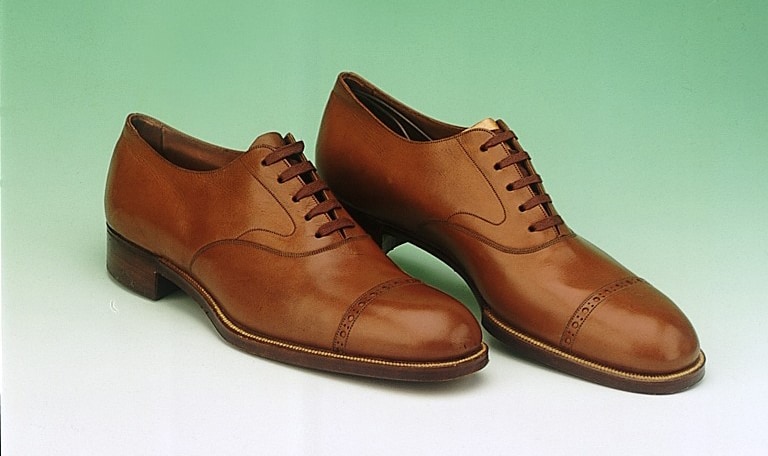 In many cases a retrospective view on things, “It was better before,” can be quite boring and negative, and mainly be due to nostalgic reasons. But in the case of quality shoes, it’s in many ways a truth that you can’t disregard. It really was better before – and it will most likely never be possible to make the same shoes again. Here’s why. 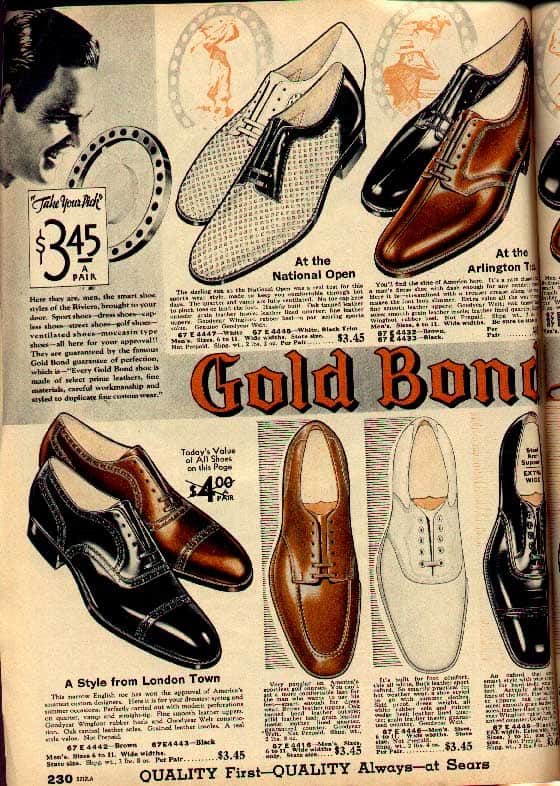 There are several reasons for this. One of course is that there was a completely different market in the late 1800’s and during the first half of the previous century. Back then what’s called classic quality shoes was worn by almost everyone in the western world. Shoes were in general hand welted, Goodyear welted or wood pegged, and shoes were expensive things that you really took care of and treated well. Thus the market and the number of manufacturers were huge, both Ready to Wear and bespoke. Two examples: In British Northampton there were as many as 2,000 manufacturers – and in a regular small Swedish city called Borås with around 60,000 inhabitants at the time there were about 50 shoemakers in the 1950’s, who in many cases also had their own footwear manufacturing. And the culture of fine shoes was great around the world.

But the main reason that it was better before is about the material. The level of fine leather available 100-130 years ago were far better than the finest leather that the finest shoe manufacturers today use. At that time there were a wide range of leather that came from animals that were bred just to get as nice leather as possible, suitable for leather products. Of course, the meat was also eaten from the animals, but its main purpose was to provide the best possible leather. The animals ate natural products, lived stress free and fed in nature. Today, all leather products is a residue product from the food industry, and animals does in general get food with different types of additives, concentrates, and other things to get produce as much meat as possible, and the leather is a less important bi-product.
In addition, back in the days the leather was in general tanned for considerably longer periods, since the tanneries were not as focused on efficiency and earning money as they are forced to be today. 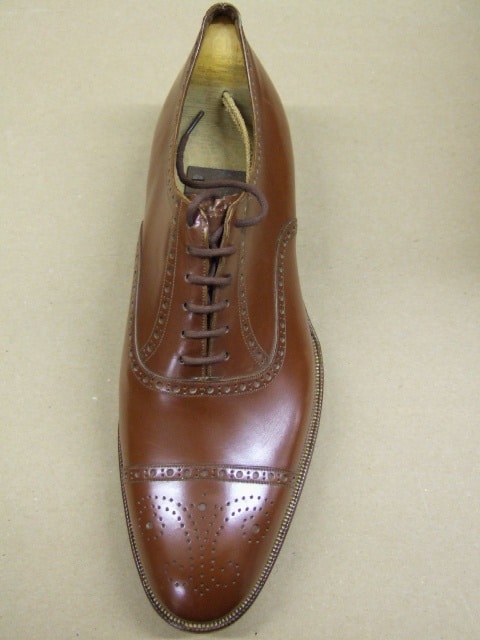 A superbly made shoe manufactured by one of Northampton’s shoe factories in the 1930s. Picture: Northampton Shoe Museum (also top picture, of shoes which were made by Pollard & Sons in 1910)

Many agree that around year 1900, both materials and the level of craftsmanship had their absolute peak. In the 20’s it began to dip downwards and did so up to the 50’s. In the 1960’s, the major change in the entire shoe industry was taking place and since then the shoe quality has – in general – never been the same. Most importantly, the bespoke business was incomparable at the time of the turn of the previous century, and the really good bespoke shoemakers did everything to showcase their skills and to beat each other in terms of craftsmanship.

There is a term called “64-to-the-inch”. When June Swann, preciously head of the shoe collection at the Northampton Museum and one of the world’s premier shoe historians, reviewed the best shoes made around the turn of the previous century, she measured the stitch length of the finest specimens to 64 stitches per inch, thus 64 stitches of 2.5 cm. This was both on upper leather and in some cases even sole stitches (which sounds crazy when you hear it). By comparison, it can be said that the approximate standard on better classic quality shoes today is a stitch length of about 10 stitches per inch.
“64-to-the-inch” shows both the superior level of craftsmanship and the quality of the material at the time. It should be added, however, that these shoes were not made for use, they were exhibition shoes, for competitions etc. In order to sew this tight stitches, extremely thin awls were used, hairs for needles and super-thin silk threads. There are stories about a shoemaker who were wearing triple glasses just to see the stitches when this was done.

In order to make such insanely dense seams of up to 64 stitches per inch, then of course, exceptionally high quality materials were required, so that it wouldn’t just be torn a part. To make a comparison, today’s leather usually doesn’t exceed 24 stitches per inch before it loses strength and risks breaking apart.
Some of today’s shoemakers attempted to reach levels of 64 stitches per inch, without anyone succeeding. And those who reached levels above 40 stitches per inch looked quite lousy with uneven stitches. 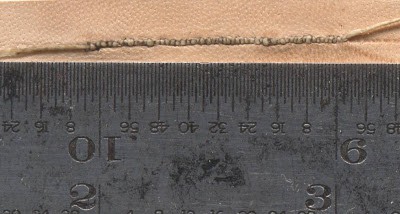 Here’s one of today’s shoemakers who tried to recreate the “64-to-the-inch” stitches. In the above section he has managed to get 50 stitches per inch, which can be seen as truly impressive. But, as you can see, it’s not a super-clean seam, hardly anything that the shoemakers around the turn of the previous century had pleased with on their exhibits.

So yes, it was better before. The “64-to-the-inch” story is just an example to illustrate this. However, given the significantly lower level of today’s leather, we will likely never experience the same quality again, even if we have makers capable of doing the same things. What we can hope for is that organic farming continues to grow ground the world and that the supply of good leather will grow again. And of course, there’s a lot of very skilled shoemakers in the world today as well, and if they were pushed to achieve their very highest level for example for prestigious competitions, I’m sure we would see some amazing stuff there as well.