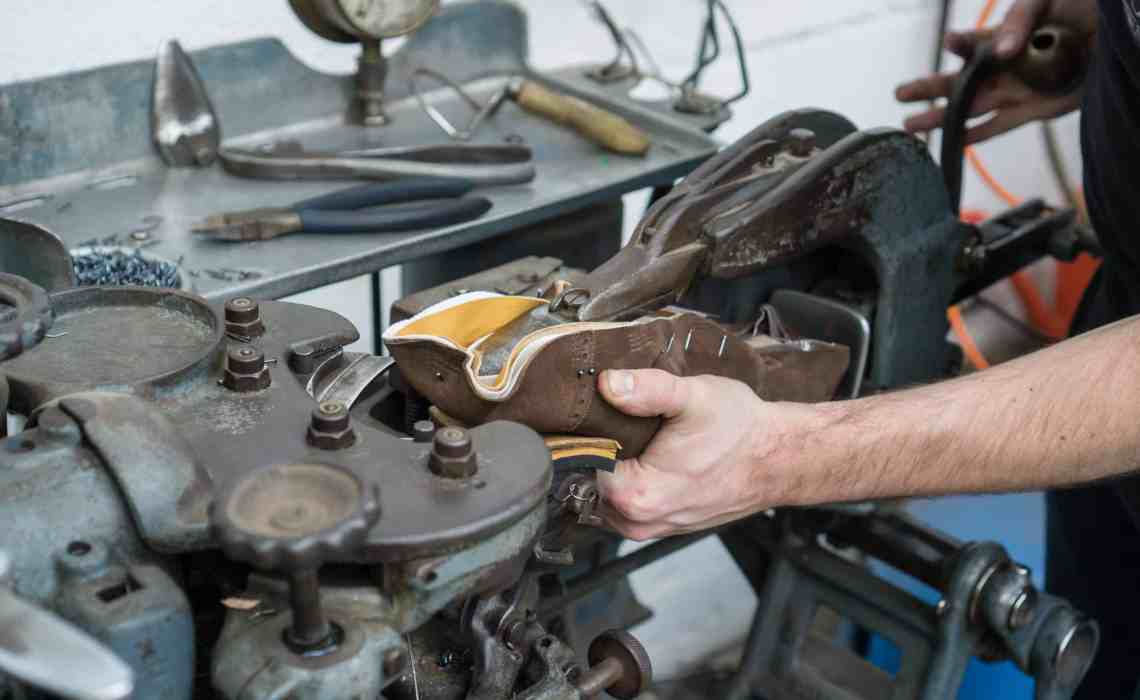 If you visit shoe factories today, it varies greatly between older and more modern machinery parks, not infrequently also within each factory. However, it’s not very common to use as old machines as the one in the picture above. This lasting machine dates from the first half of the 20th century, and is located in Gaziano & Girlings factory in Kettering, Northamptonshire.

The machine is completely mechanical and complements the hand lasting that G&G also does. The disadvantage of such an old, slightly simpler machine is obviously that it’s not as fast as the state-of-the-art lasting machines available today. The advantage is that in some ways you have more control here, and also its reliability. Because even though most factories don’t use such a machine today, I have seen them at among others Loake, who has them as a backup to the regular, modern lasting machines.

Gaziano and Girling Manufacturing The picture