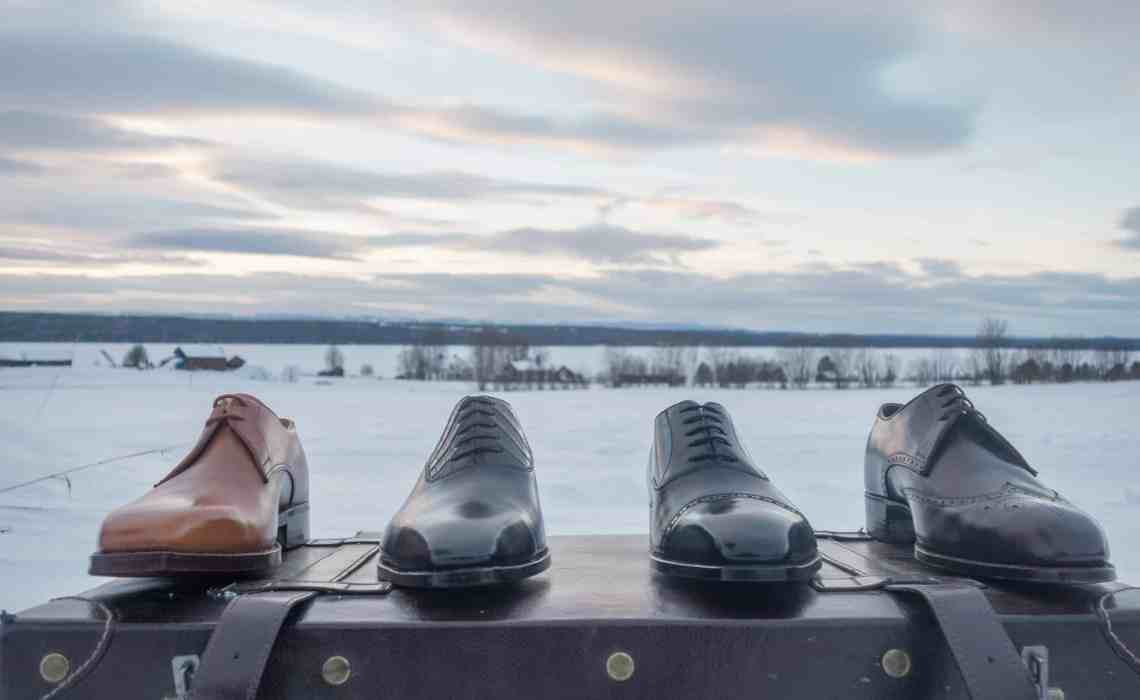 He has been working with shoes since 1977, hosts shoemaking courses for people from all over the world, and he has made lasts that’s been a source of inspiration for Gaziano & Girling’s acclaimed Ready to Wear lasts. Meet the Swedish bespoke shoemaker Janne Melkersson.

(This article was originally published in the magazine Plaza Uomo.)

Hara is one of Sweden’s longest villages, it stretches for seven kilometers along the shores of lake Storsjön below Östersund in the northern parts of the country, but despite that there are only about 70 households here. In a basement of one of the small houses, Janne Melkersson, 67, has his workshop, the man behind Melker Shoes and Boots. During the recent year alone (before corona), visitors from the USA, Estonia, Somalia, China and Germany, among others, have come here to learn how to make shoes by hand. What is unique about Janne’s courses is that one train alone and get all the attention, and that they really learn the whole process from measuring, lastmaking, pattern making, closing (sewing the upper), bottom making (the actual making of the shoes) and finishing.
– When the students leave, they can actually start making shoes themselves, and many do so. Some just for themselves and their closest friends, but there are also several who have moved on and become professionals, Janne says. 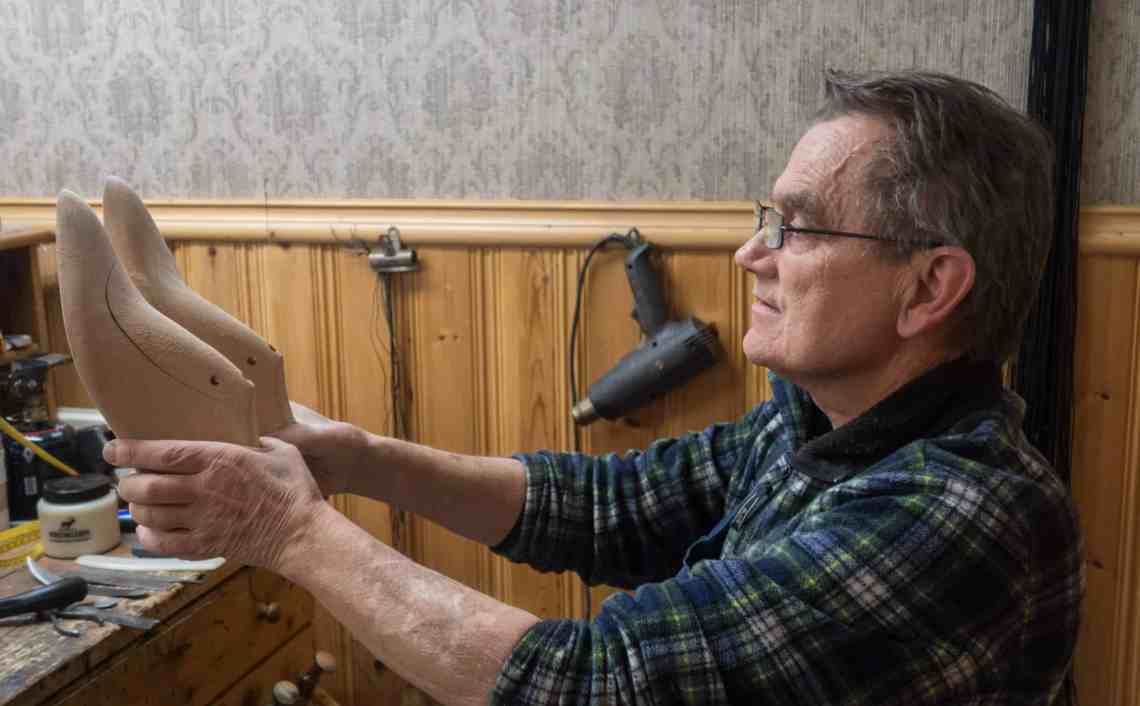 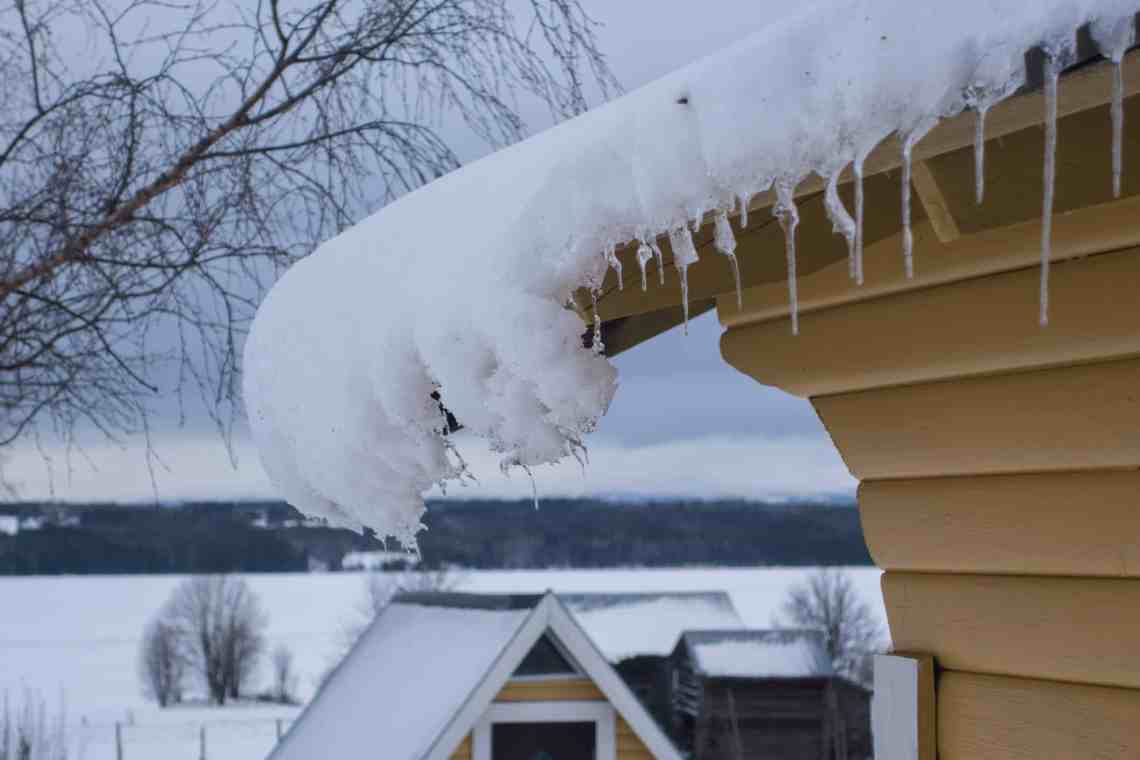 Janne Melkersson grew up even further north in the country, in the village Bygdeå north of Umeå. Both his father and grandfather were shoemakers there. At the time when his grandfather started, there was basically a shoemaker in every village, and shoes were made for everyone in the immediate area. Janne’s father took over the shoemaking business in the 50’s, but by then the glory days for the traditionally constructed shoes had was over, and it was more difficult to earn a living. Therefore, the father instead started working at a shoe factory in Umeå combined with running a cobbler workshop.
– I spent a lot of time in my father’s workshop when I was a kid. When in high school and we were going to have an internship, I wanted to do it with a colleague of his. But my father said a distinct no,  he claimed that “there is no future as a shoemaker”, says Janne Melkersson.
The father managed to stop his son, who became a postman instead. But it was only temporary. In the middle of the 70’s, Janne was once again pulled towards the shoemaking profession, and ended up in a cobbler’s workshop. He went to an orthopedic shoe factory for three years as an apprentice and worked for a decade in that industry. 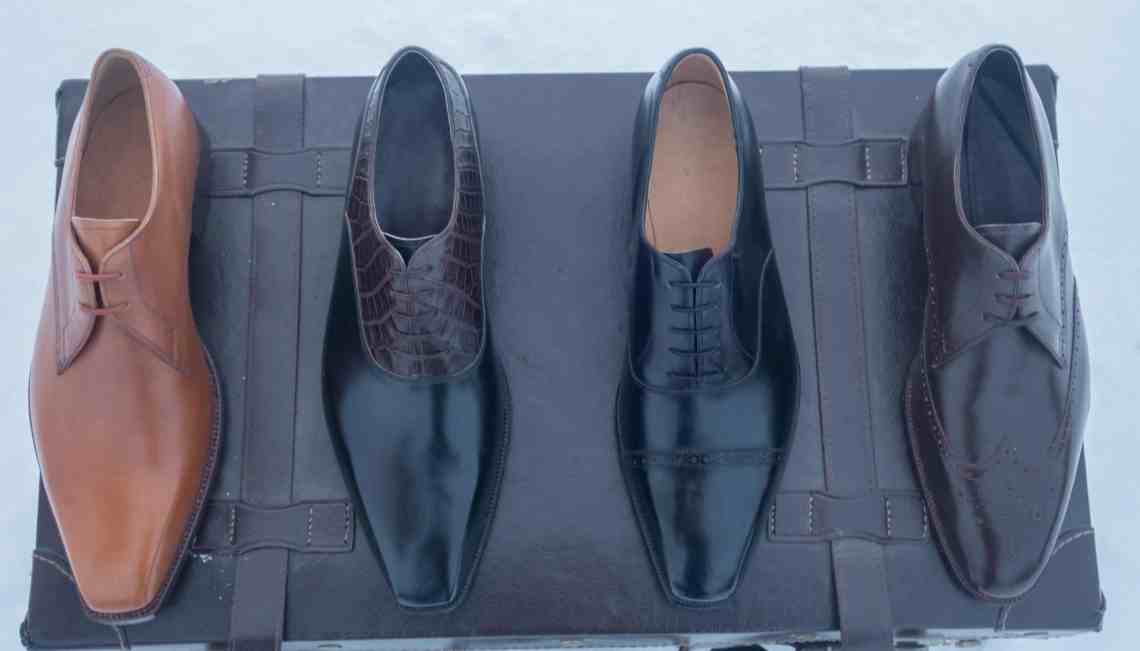 The knowledge of feet and fit from the orthopedic era, Janne Melkersson has benefited greatly from when he subsequently began what has become his occupation for the past 2,5 decades. He started his own business as a bespoke shoemaker. At first focus was on riding boots, but in the middle of the 90’s he started making more and more classic men’s shoes. He went to great lengths to learn how to make shoes as elegant as possible, and when the internet came along and reduced the distances in the world, he could suddenly easily spread pictures and information about his work internationally.
– For someone like me, based in the middle of the Scandinavian sparsely populated area, the importance of the internet has been huge, Janne says.
Many were also inspired by his work. For example, Tony Gaziano, one half of the famous premium shoe brand Gaziano & Girling, looked a lot at one of Janne’s lasts when Tony developed his brand’s acclaimed ready-to-wear. 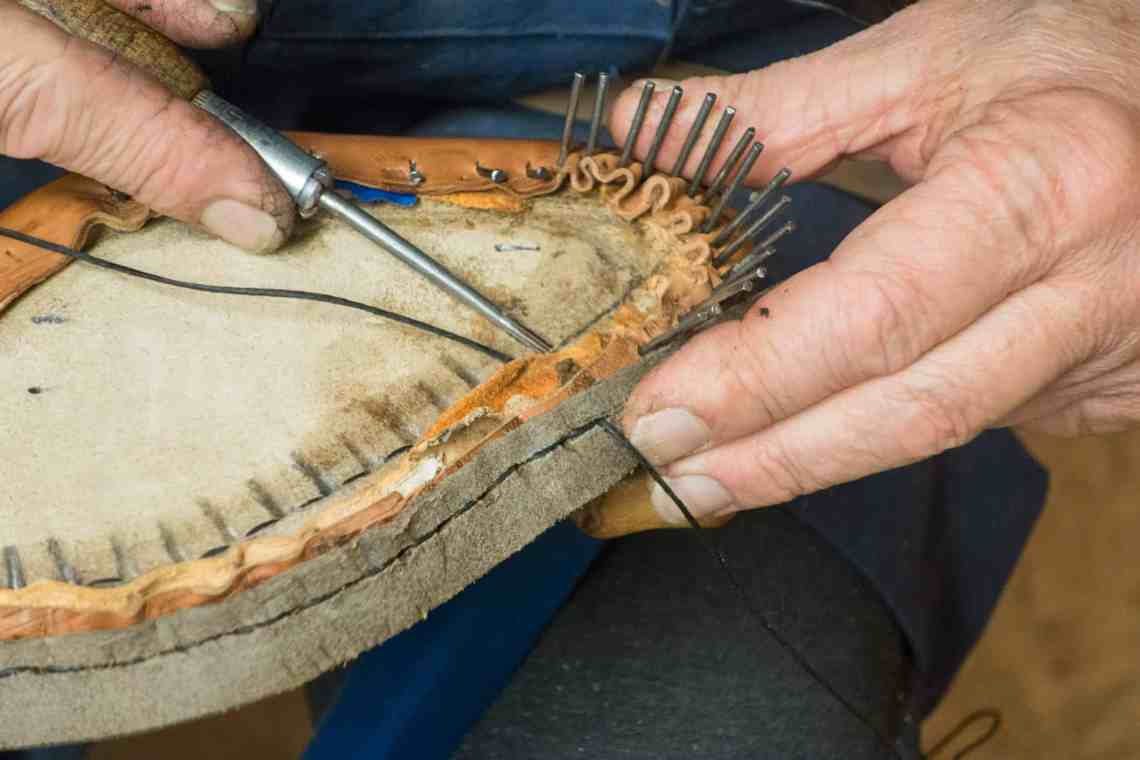 With the internet celebrity as a basis, Janne Melkersson made some trips to the USA where he could have lots of customers during a trip. However, when the bank Lehman Brothers went bankrupt in 2008 and the financial crisis hit the US and the world, there was a clear decline in interest from customers, and Janne stopped traveling to the other side of the Atlantic.
– It was a tough year for many of us. Bespoke shoes are sensitive industry, when people become worried about the economy, finer shoes like mine for €2,700  are something you quickly decide to skip.
In order not to be so dependent on only the shoe orders, he began to invest more and more in the courses, and this is the part of business that has grown the most in recent years. In an increasingly high-tech world, the interest in traditional crafts is growing, there is a desire to go back to basics and to work with natural materials.
So the world continues to come to the basement in Hara to learn how to make shoes by hand. 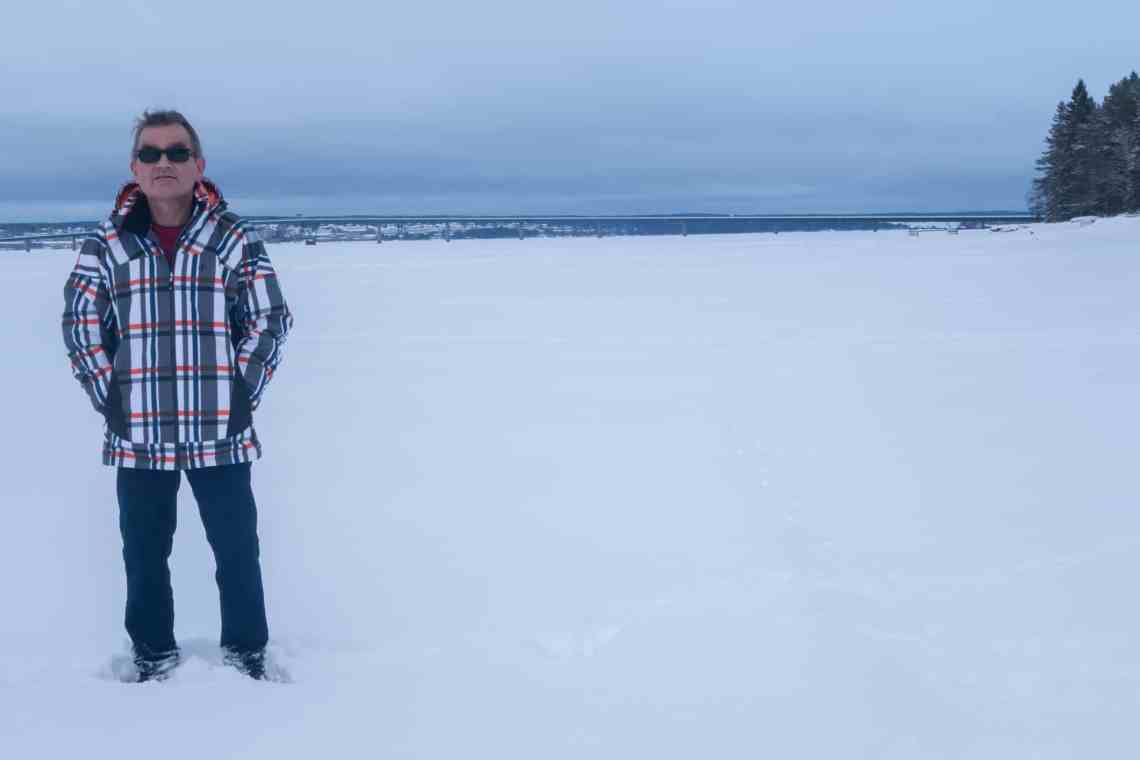 Janne out on the lake Storsjön. 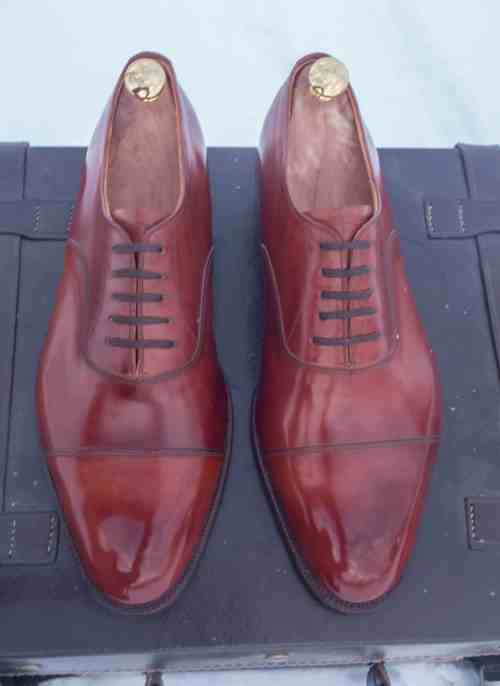