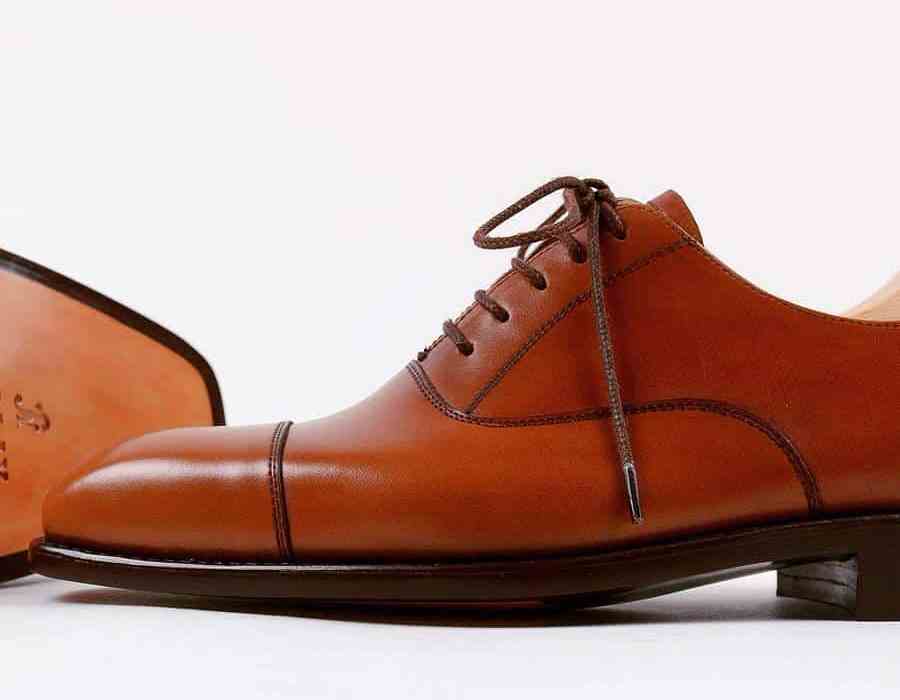 An online giant’s own quality footwear brand, the cheapest of the Hungarian manufacturers of fully handmade shoes, and a British Frenchman, that’s what is offered in today’s three outsiders post.

Sarenza is as many of you are familiar with one of Europe’s largest online stores specializing in shoes, like this continents Zappos. The range of shoes at Sarenza is wide, and among the more than 600 manufacturers and 40,000 different styles are of course also some classical quality shoes, mainly in the price range of €150-300. For some time, they have also developed a Goodyear welted collection of their own under the label Marvin & Co with the addition Luxe. Although Sarenza is large, it is not a store that shoe nerds visit often, that’s why I place it in as an outsider post. 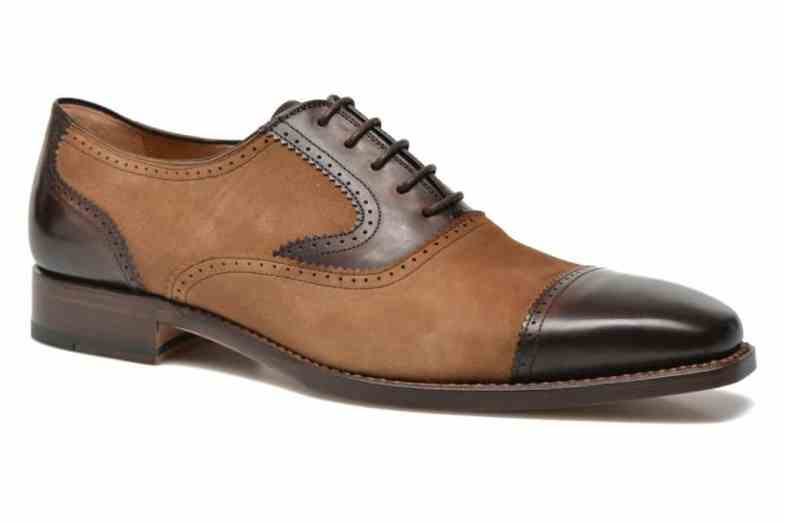 The shoes are made in Spain but the feeling is much more of Sarenza’s native country France. It’s a lot of rather pointy lasts, some special styles and painted models. Have read a few reviews and some comments about them and people seem to be happy with what you get for the price. A little hard to break in, but should be fine after a while. Price is around €250 ($280). One can imagine that Sarenza put on a decent margin, but since it’s Private Label and that they are likely to get a good deal from the factory thanks to relatively large volumes the shoes are likely still good value. 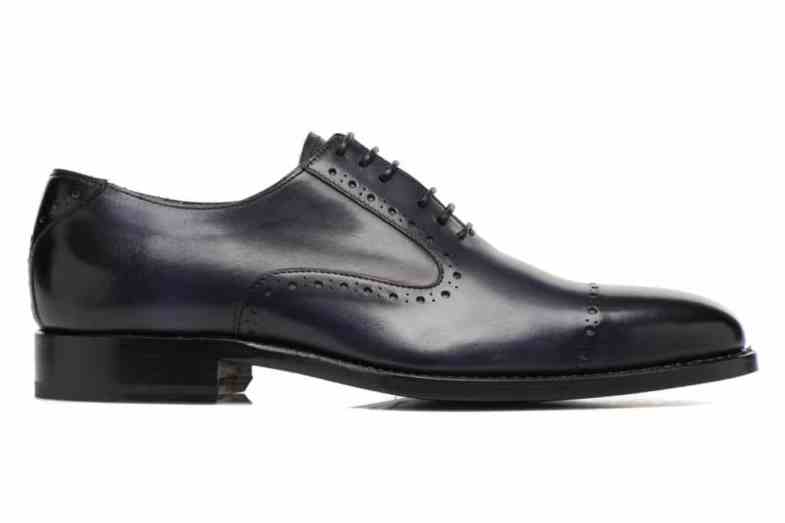 A shoe painted in dark blue. A bold version of the tassel loafer. Pictures: Sarenza 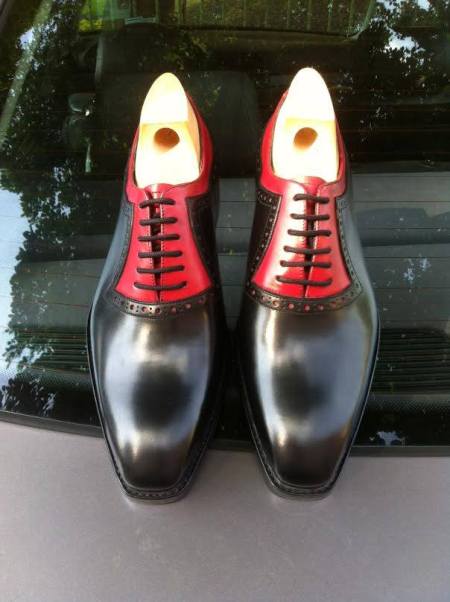 Sallay Shoes is, unlike almost all other Hungarian manufacturers, not based in Budapest, but in the city of Szeged in the far south of the country. Sallay otherwise have much in common with Vass, Roznyai, Buday, Attila and the other fellow countrymen shoemakers, which has a base with classic heavier Austro-Hungarian stuff but then also have developed more European, neater lasts and sleeker models. These are also hand welted with a hand-sewn sole stitch. 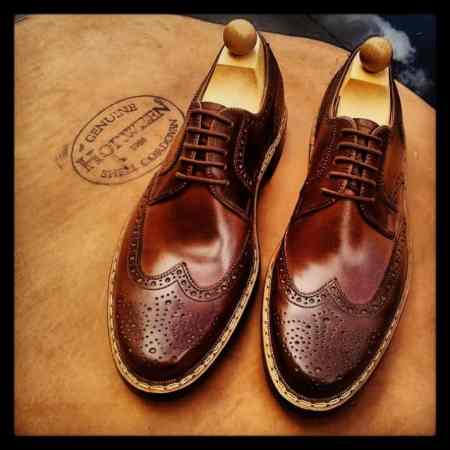 Budapester with goyser stitch made in cordovan leather.

What might make Sallay particularly interesting is that it’s to my knowledge the lowest priced of the Hungarian brands. Here a pair of shoes begin at about €320 (100 000 HUF), and it’s mainly Made to Order, and as I understand it, it should also be possible to order remotely via sallayshoes@gmail.com (they have a contact form on the website too, but only in Hungarian). When you click in on the models on the website the pictures aren’t visible until you click on them, but the best sense of what they offer I think you get by scrolling through their Facebook feed. 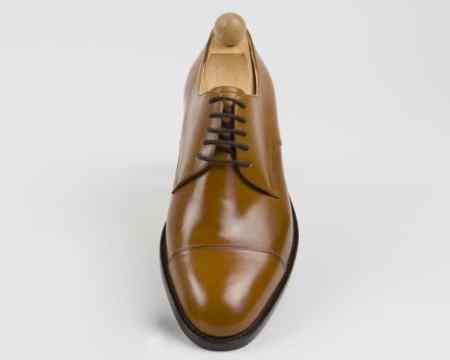 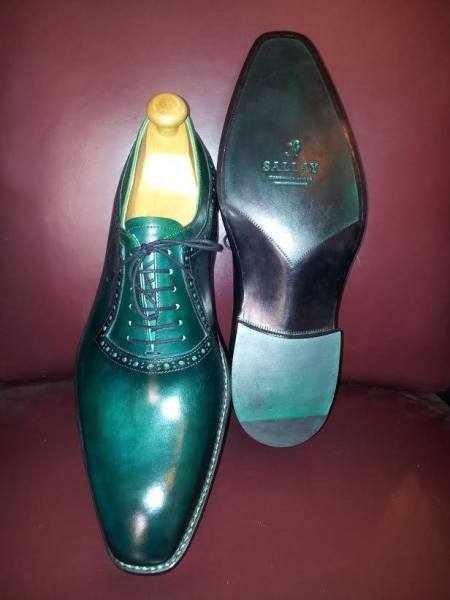 Another take on their adelaide model seen above. Here in a hand painted green colour, Sallay is together with Attila the only Hungarians offering patina. Pictures above (also the top one): Sallay Shoes

A look at the internal parts, with handmade welt stitch and cork plate. Picture: Szegedma I could basically write 20 of this kind of outsiders articles only about different French brands, since the country really has a whole lot of quality shoe brands in all price ranges. The vast majority, however, are manufactured further south in Spain or Portugal, the production in France is quite small nowadays, although there are some factories. Jacques & Demeter is one of the brands whose shoes are still made at home, while they have a much more British approach than most French manufacturers, both in that they focus on the Goodyear welted shoes and when it comes to the last shapes and models. 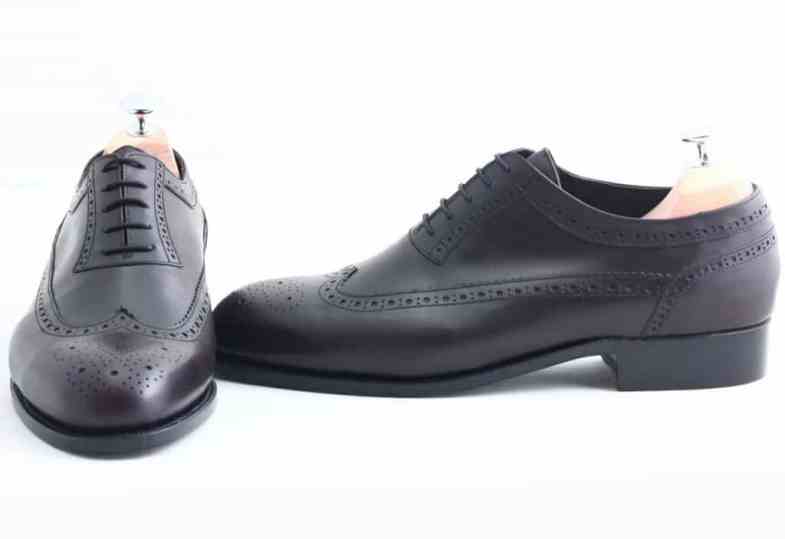 They focuse on fairly classic models with traditional rounded toes, still a bit neater but it’s far from the long narrow pointed toes that the French would otherwise have a passion for. They were more French before, but as I’ve experienced it have went more and more to the British style. They only use leather from the famous French tannery Du Puy, and excellent chestnut bark tanned leather soles from another French tannery, Garat, which many rates as on par with,for example J.R. or Baker’s soles. Prices for the machine welted is around € 580 ($660) and the Blake stitched models available is about € 370 ($420). Worth noting for you with smaller feet is that all models are down to size 38 for ordering (stocks were not huge on the web), which is rather unusual (note also that you must be on the French side for the webshop to work). 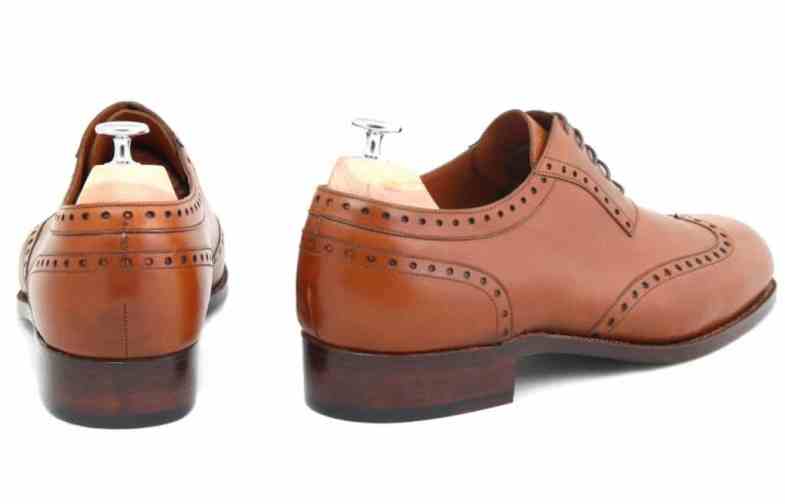 A model with only the large perforations, making the look a bit special.