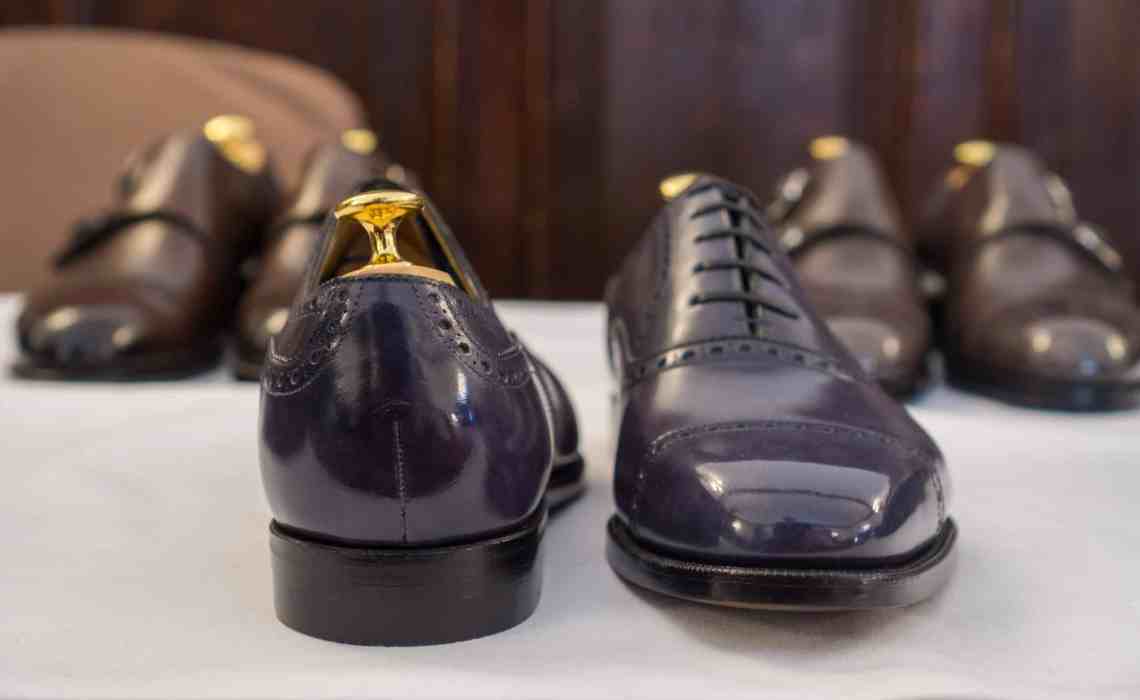 Ahead of the upcoming free trade-agreement with EU four Japanese brands are introduced to the European market. Jsep, Japan Shoes Export Platform, are introducing Matsumoto, Miyagi Kogyo, Kanpekina and Kiten. Shoegazing has taken a closer look at the brands. 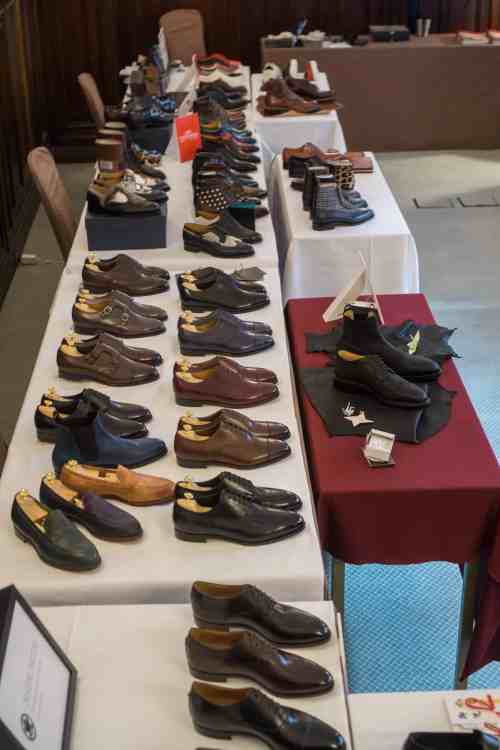 Line-up of Japanese shoes at Jsep exhibition in Paris.

Interesting times lie ahead. Japan and the EU are finalising a free-trade agreement, EPA, which will instantly remove customs and duties on all Japanese shoes imported to Europe, and over a 10 year period step by step remove them for shoes and leather products going the other way. It’s expected to be in place end of this year or January 2019. To prepare the Japanese shoe industry for this change the country’s shoe industry have started the project Jsep, Japan Shoes Export Platform, which will introduce Japanese shoes in Europe. Included in the first step are the classic shoe brands Matsumoto (Oriental Shoes in Japan), Miyagi Kogyo, Kanpekina (Perfetto in Japan) and Kiten, plus sneaker brand Spingle Move W. This week Jsep and the brands had an exhibition in Paris, where potential European retailers had the chance to get acquainted with them.

The Matsumoto family is based in Nara, the capital of Japan in the 8th century. The family started the shoemaking business in 1957. After employing various construction methods, the company a while back returned to its origin and took up Goodyear welted construction again, which was often used in its early days. 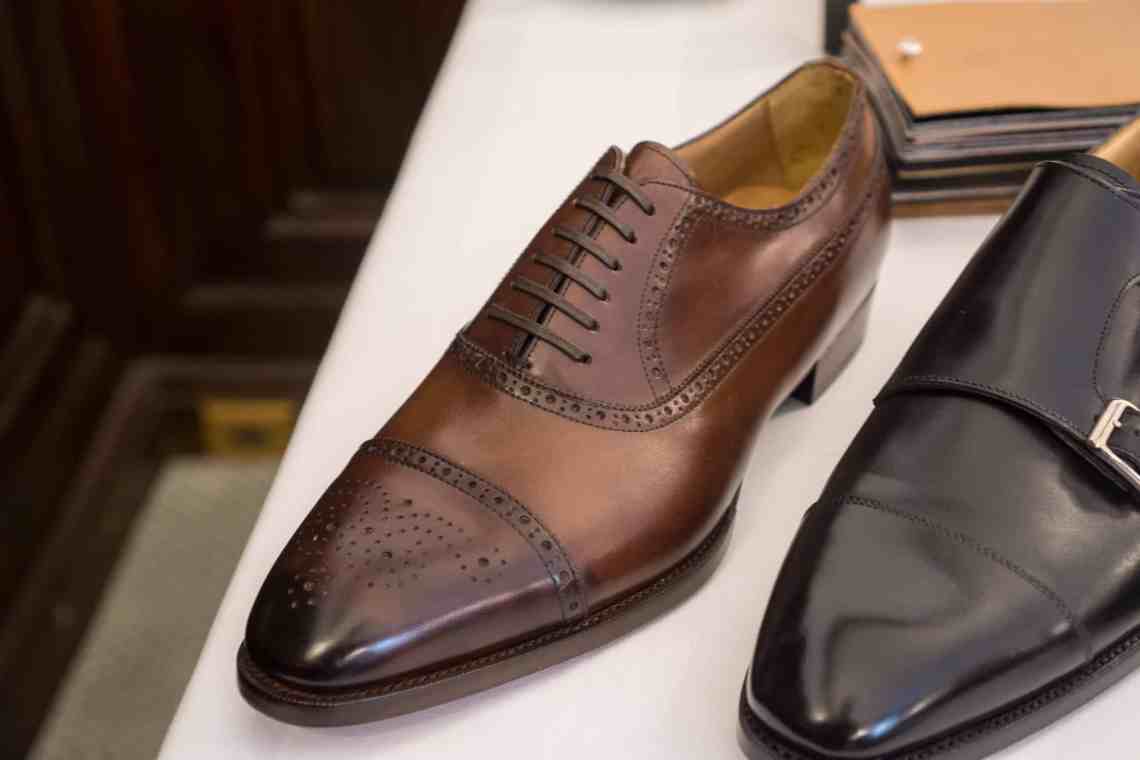 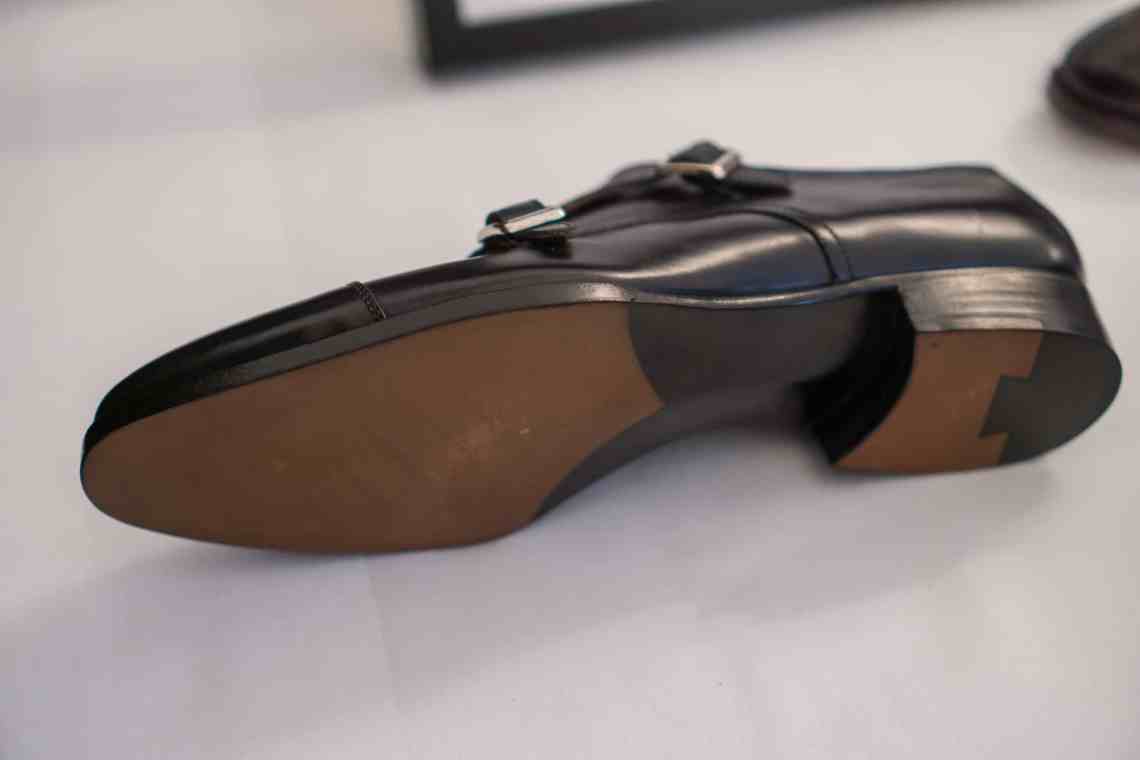 One of the waist versions Matsumoto offers, which are Goodyear welted with regular Rapid sole stitch at the area that wears towards the ground, but with a Blake stitch at the waist to be able to create this narrow profile. 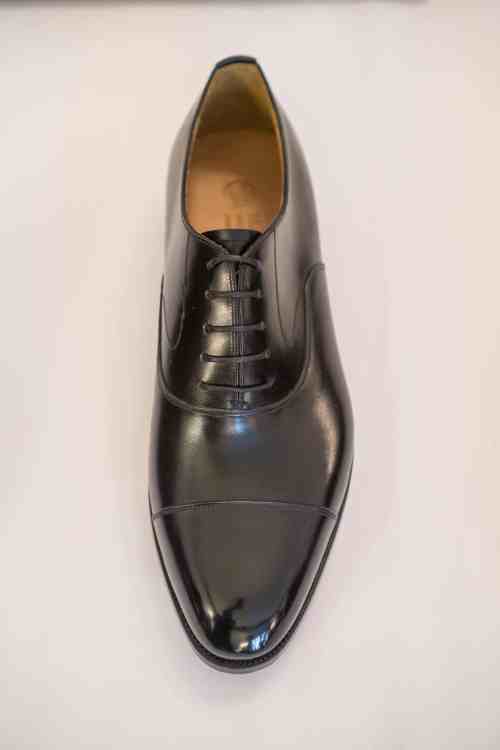 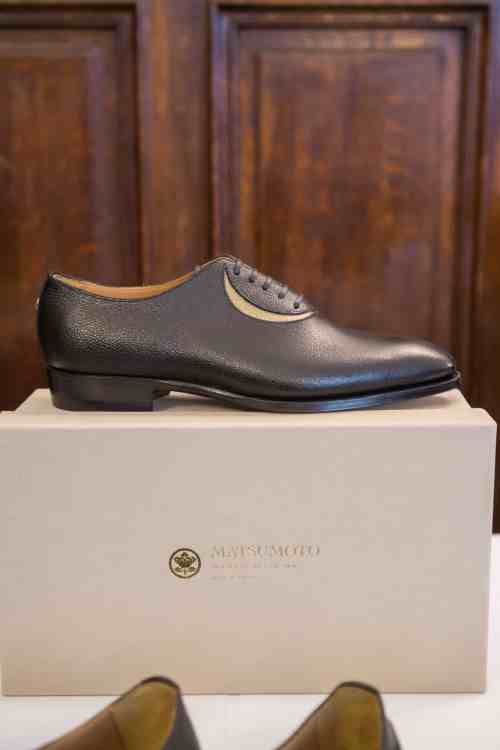 Oxford in grain with moon cut-out. Note how the heel is slightly tapered and continues the shape of the back in a nice way.

I’ve seen a cheaper range from Oriental Shoes, the name Matsumoto’s shoes have in Japan, which is sold at World Footwear Gallery, quite nice stuff for the price. However, what’s introduced now in Europe is their regular range, which are shoes made to higher standard. The shoes really impressed me, very well-made with elegant narrow waists and ever so slightly tapered heels, and really well balanced lasts. Leather quality is also good, Matsumoto only uses European leathers from Annonay and Weinheimer. Price in Europe when free trade agreement is in place is expected to be around €600. 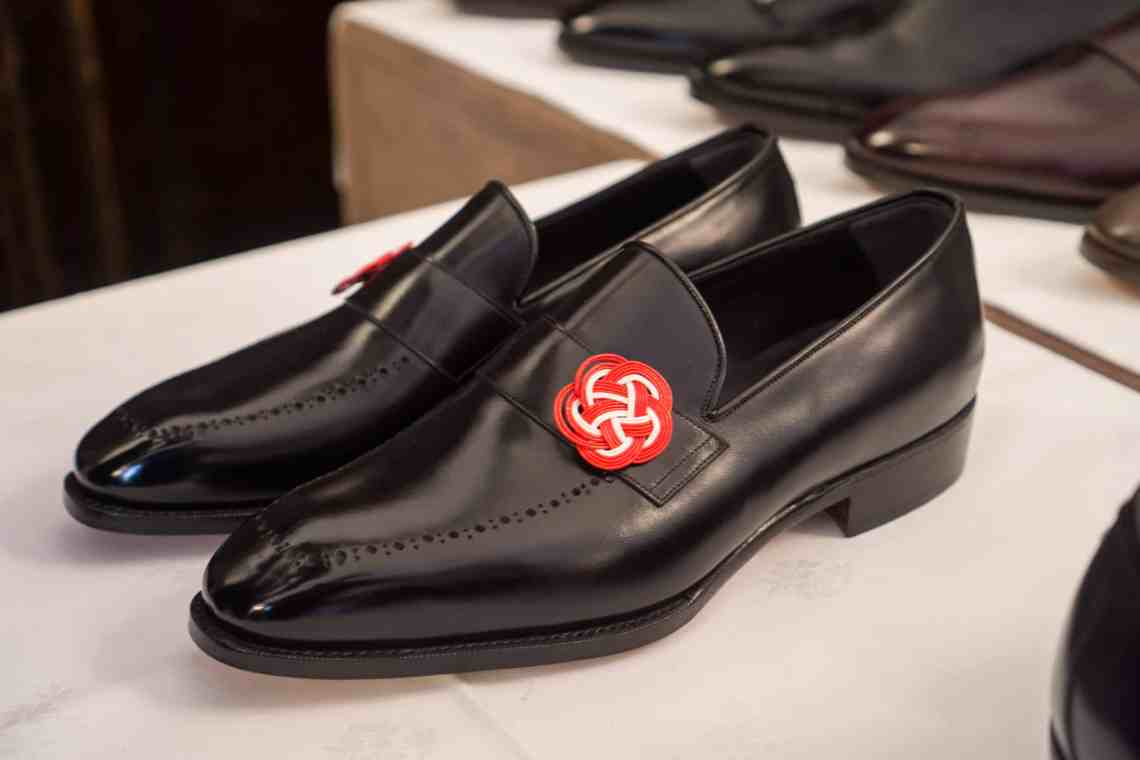 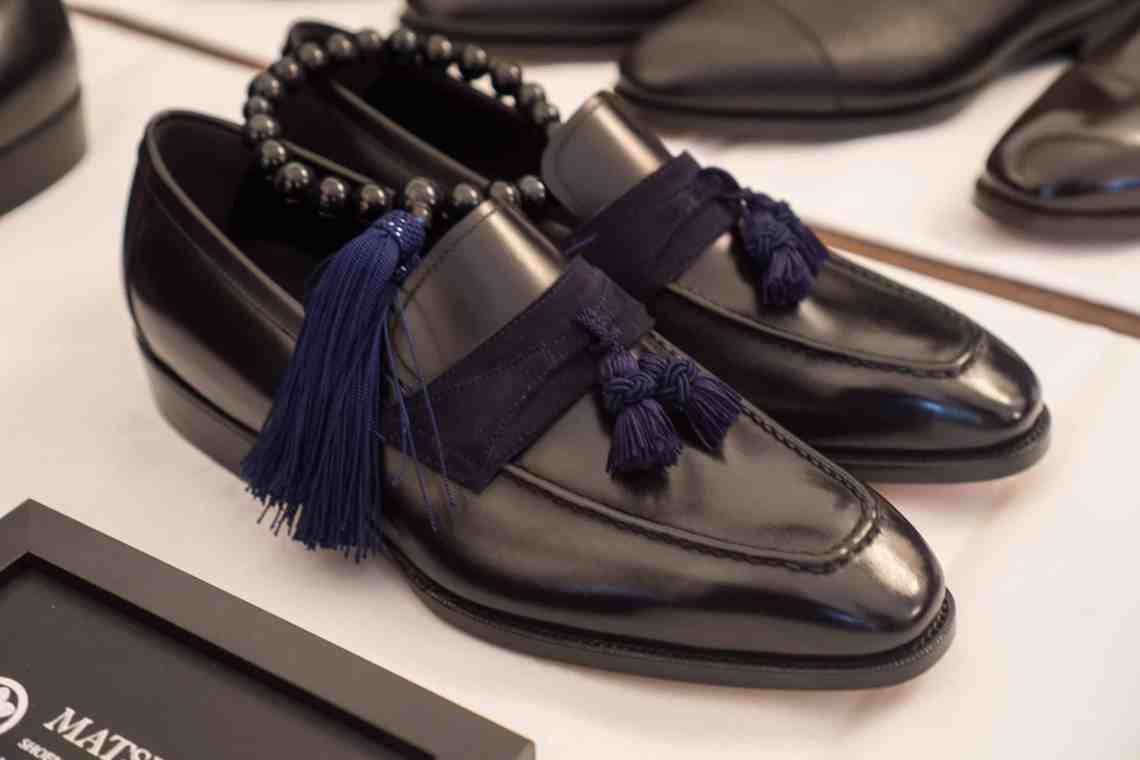 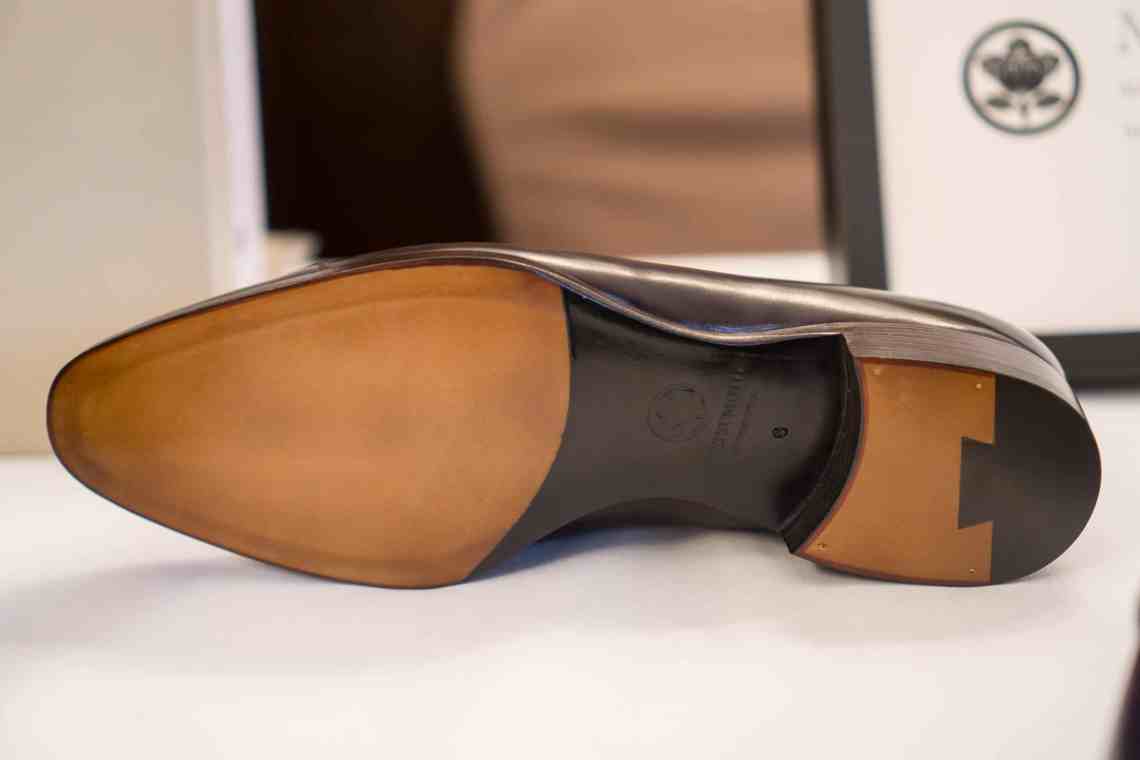 The other sole option Matsumoto offers. 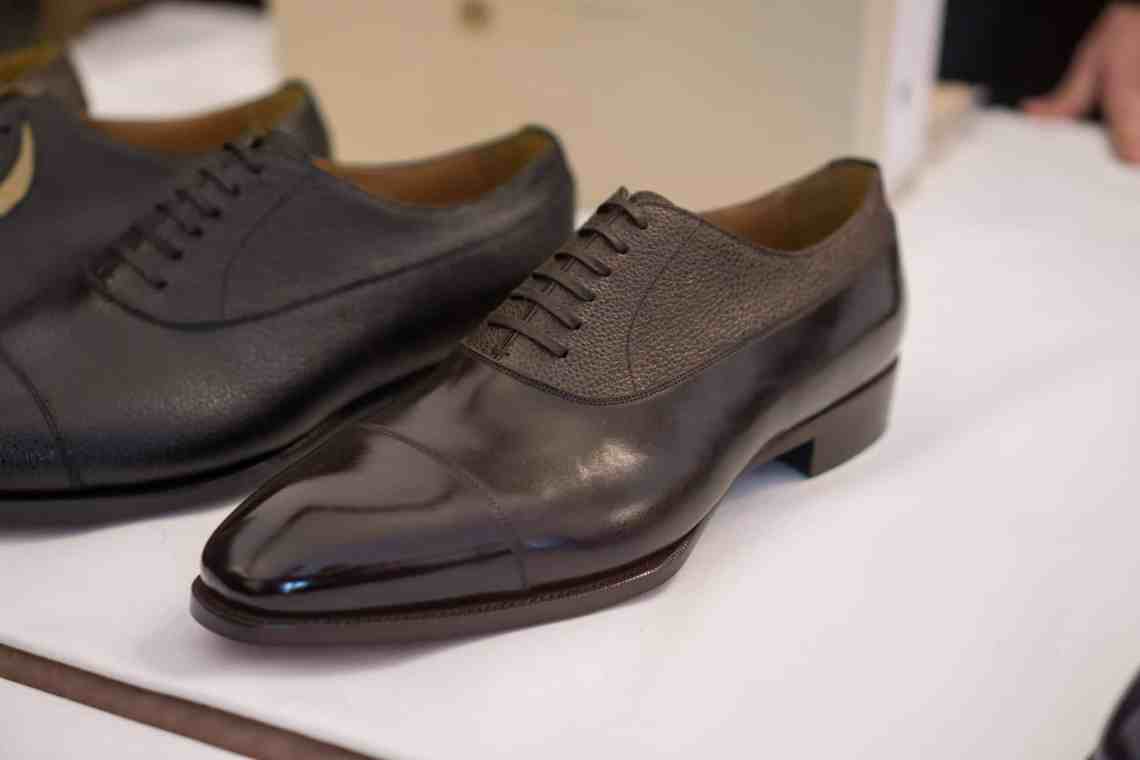 Miyagi Kogyo is perhaps the most know brand of the four. Their classic, clean and sophisticated shoes have gained attraction among shoe aficianados after pictures of them have been spread in various social media and forums. The brand was founded in 1941 at the request of the military. In the era of peace after World War II the company has been making various types of shoes, mainly OEM production for different luxury brands. For the mentioned store World Footwear Gallery they started making shoes under the company’s own name, and through that their fame began. 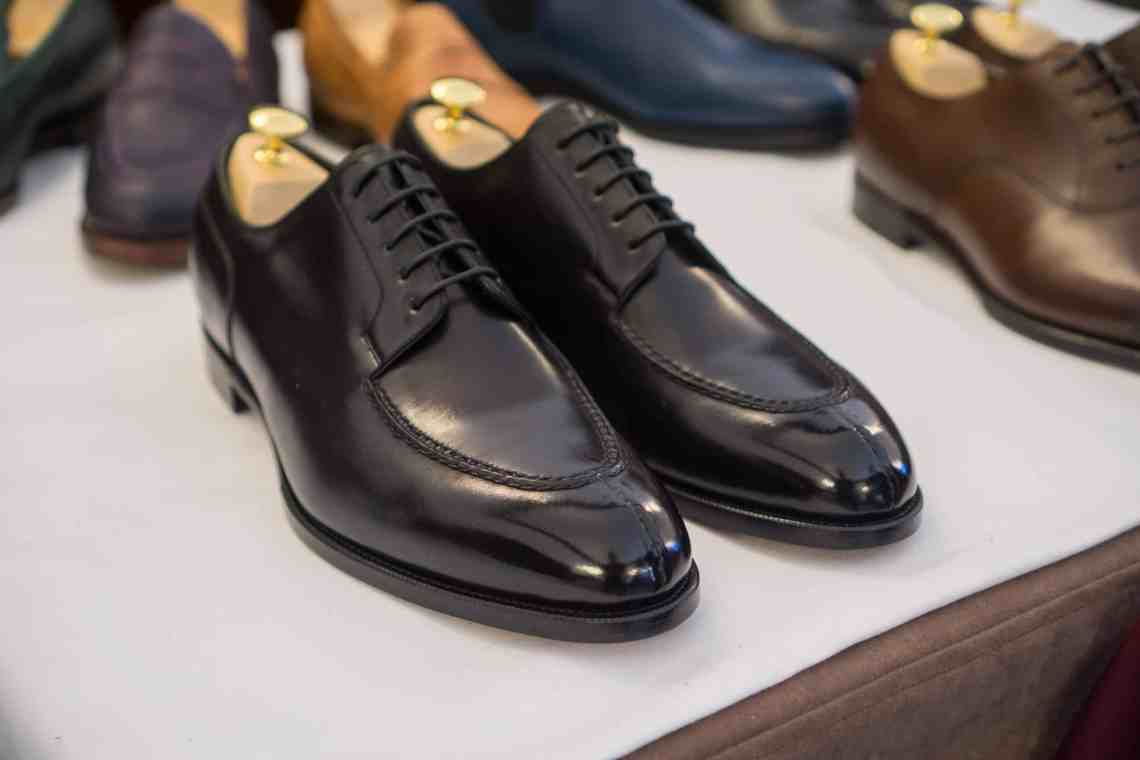 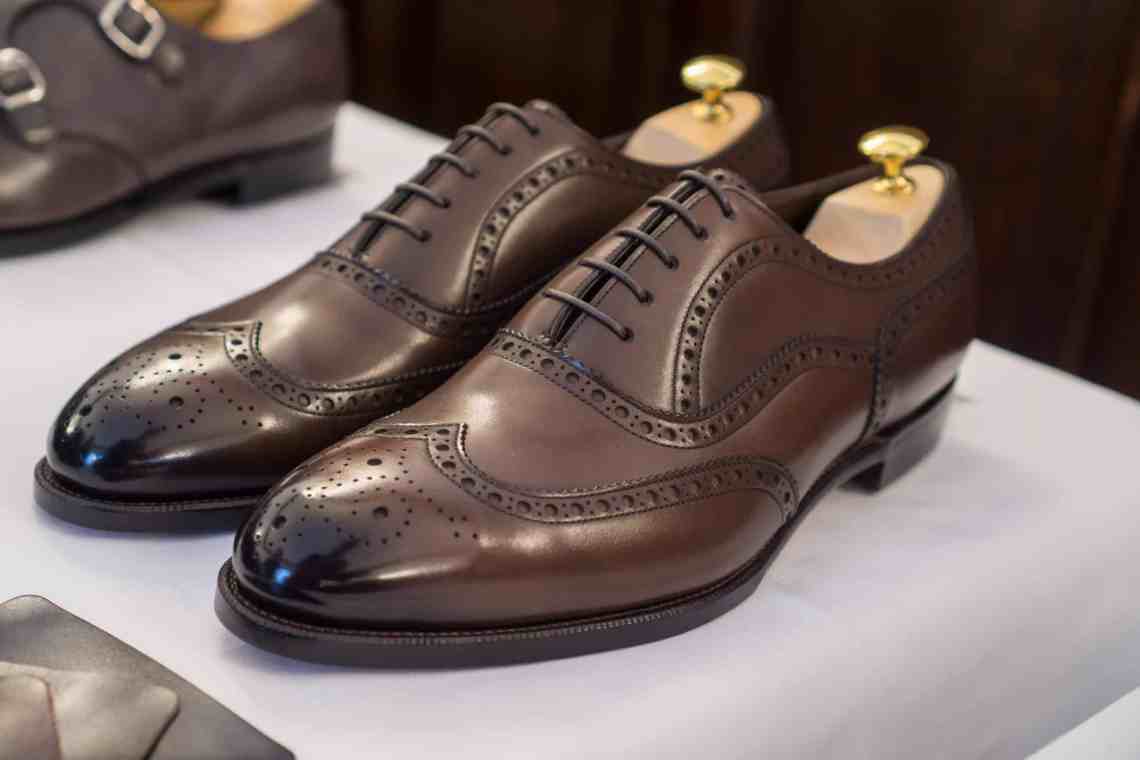 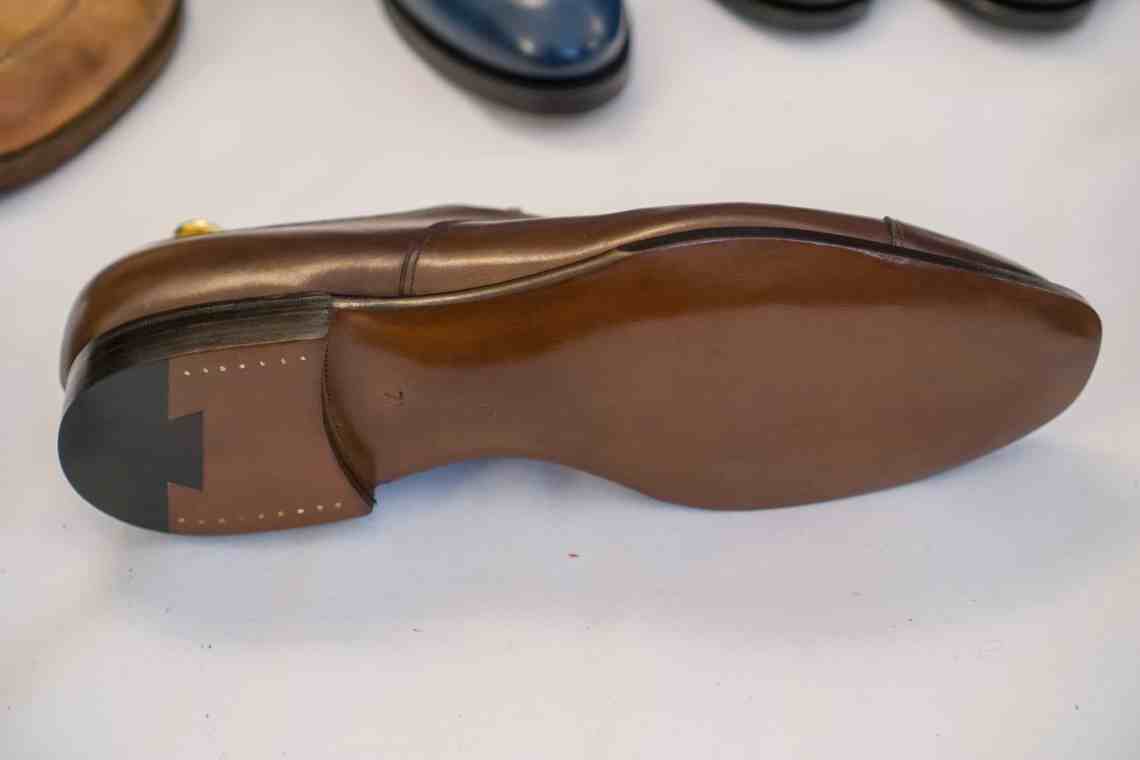 The shoes of Miyagi Kogyo is often compared to Edward Green, with similar, traditional last shapes and with a similar sole treatment. They also have a nice burnished toe. Kogyo uses both European and Japanese leather. I’ve seen Japanese leather of varied quality, it tends to be a bit less dense grain, though the Japanese tannery that Miyagi Kogyo uses nowadays is the best one I’ve seen, in look and touch very similar to the better European tanneries. The price for Kogyo’s shoes will be somewhere at €450-500. 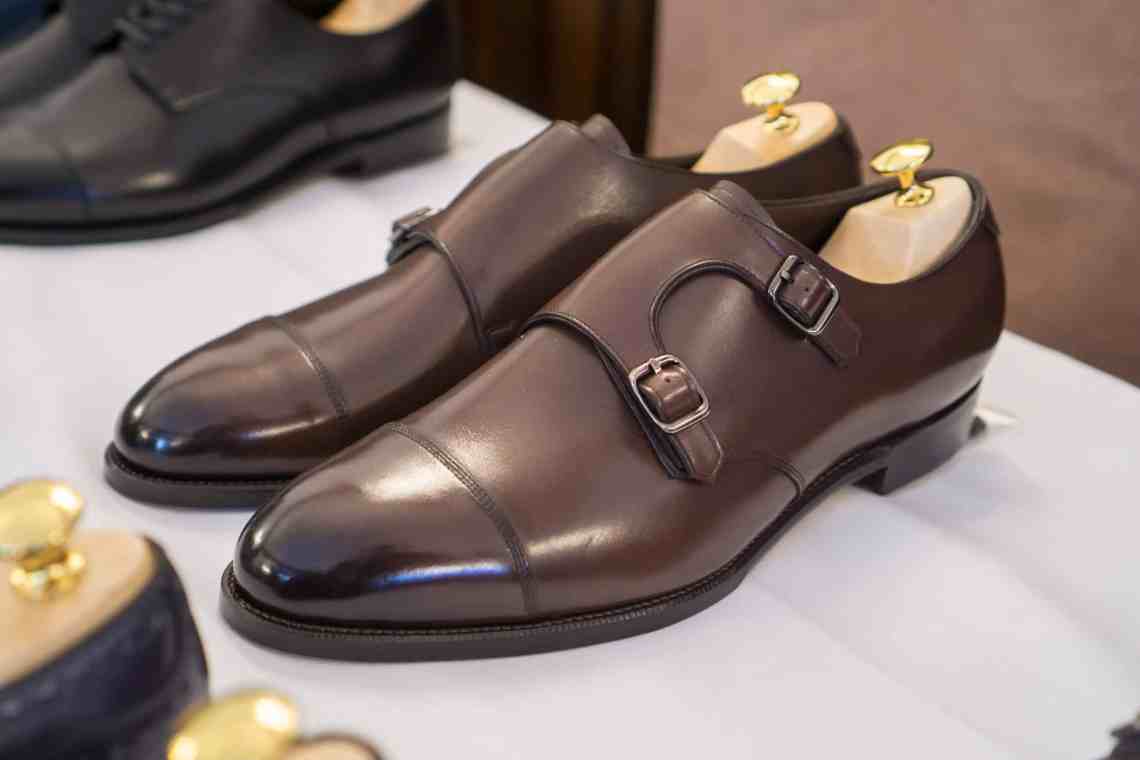 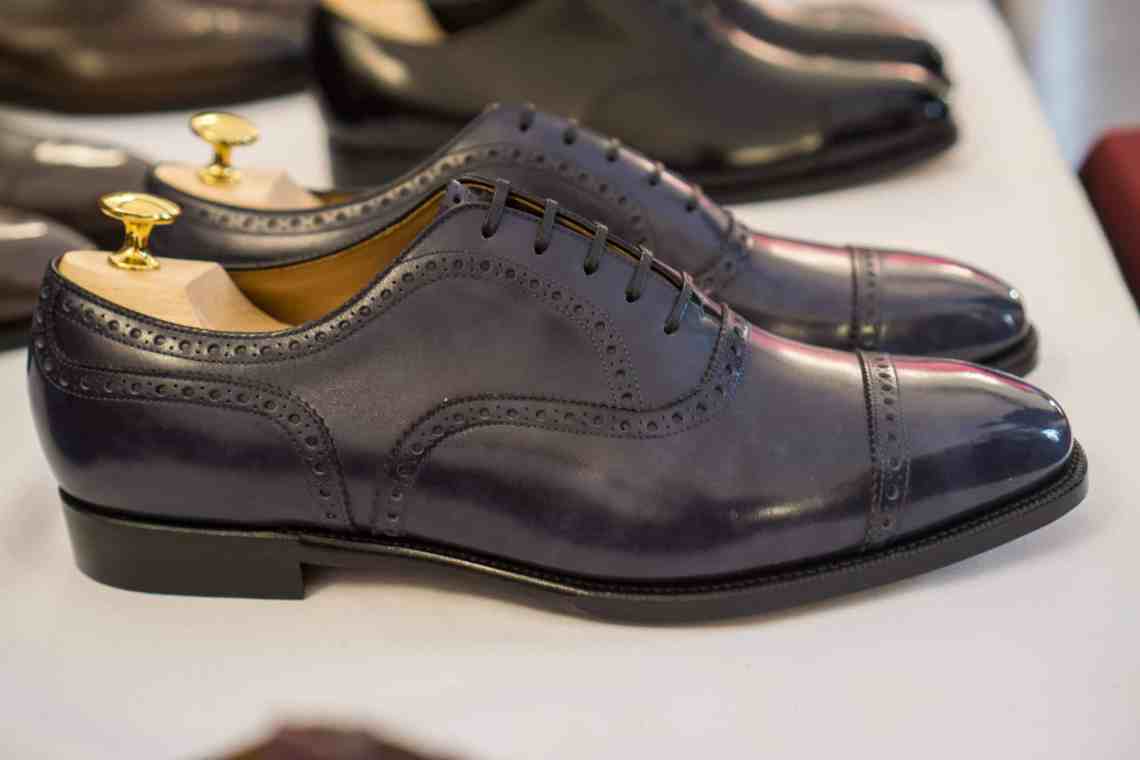 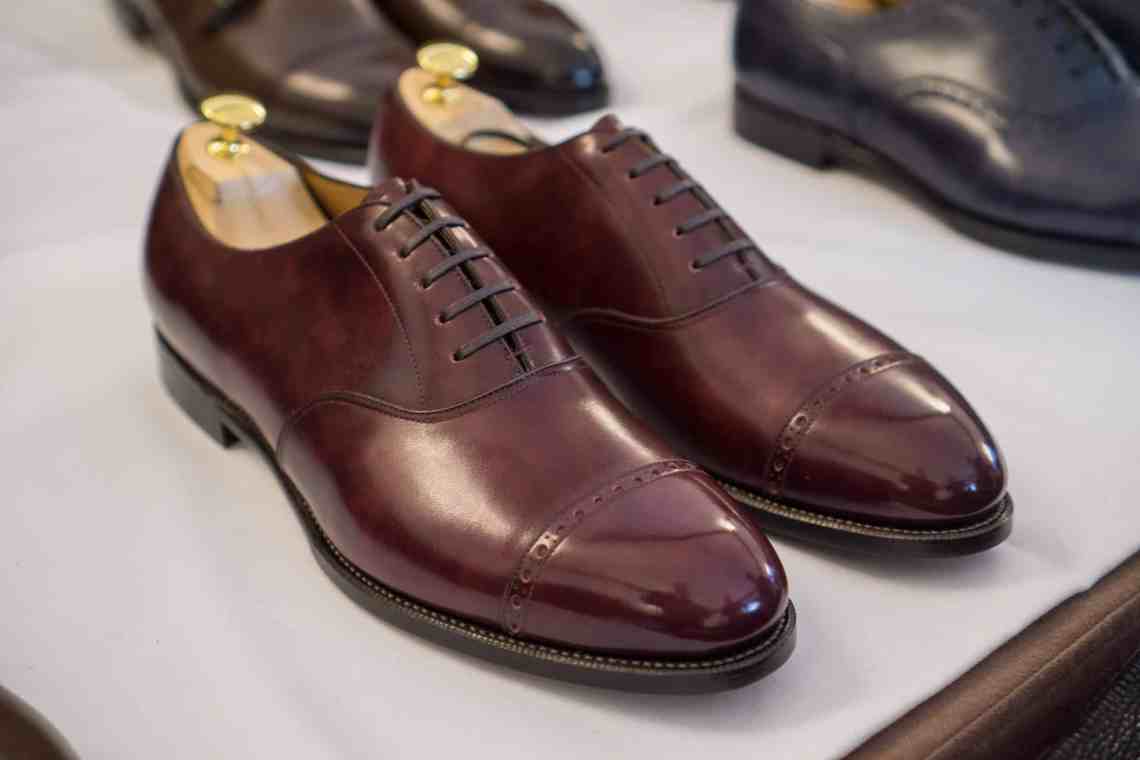 Kanpekina is the only brand that already has been sold a bit in Europe, mainly in some French stores. The company started in 1985, in Japan they go under the name Perfetto, and also have the brand Fugashin with shoes made both in their factories in Vietnam and Japan. The Japanese factory is located in Matsudo outside Tokyo. 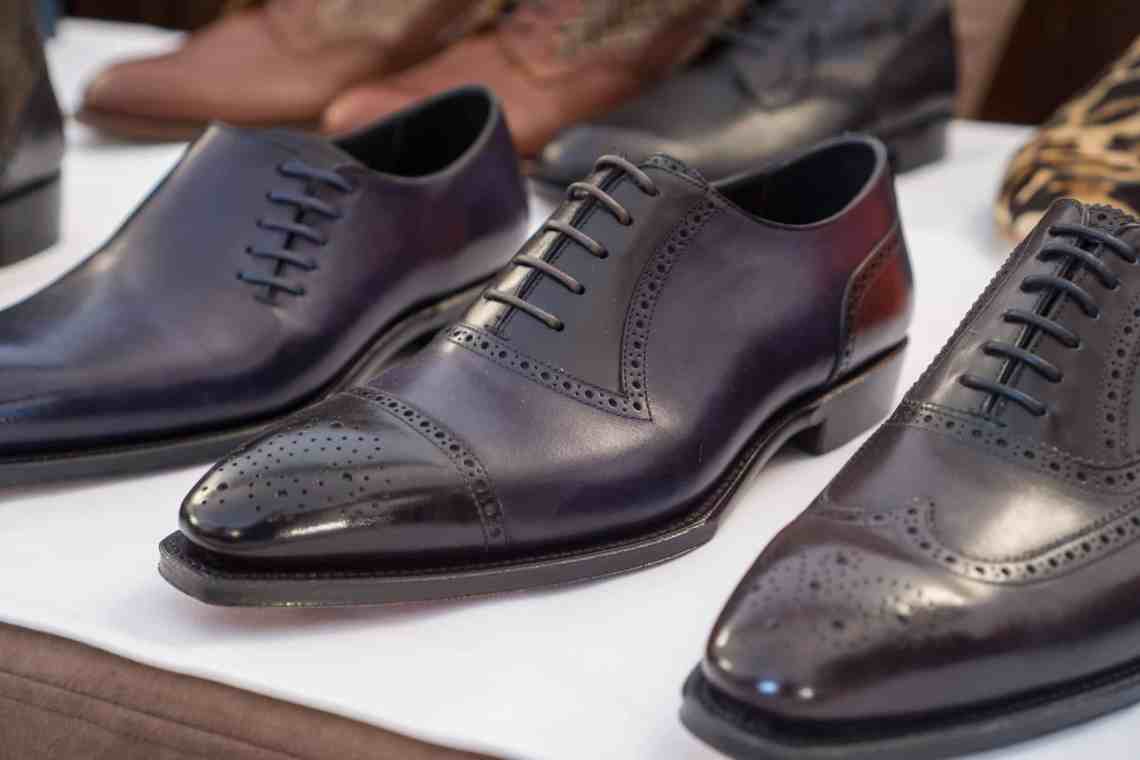 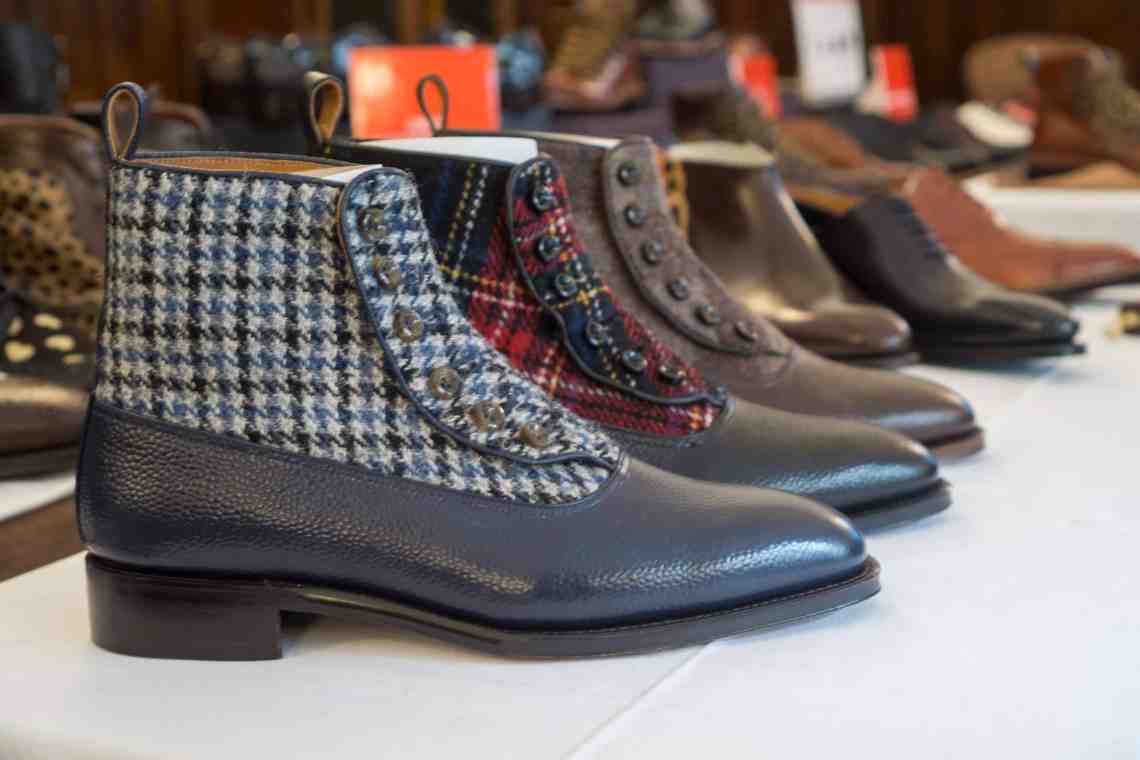 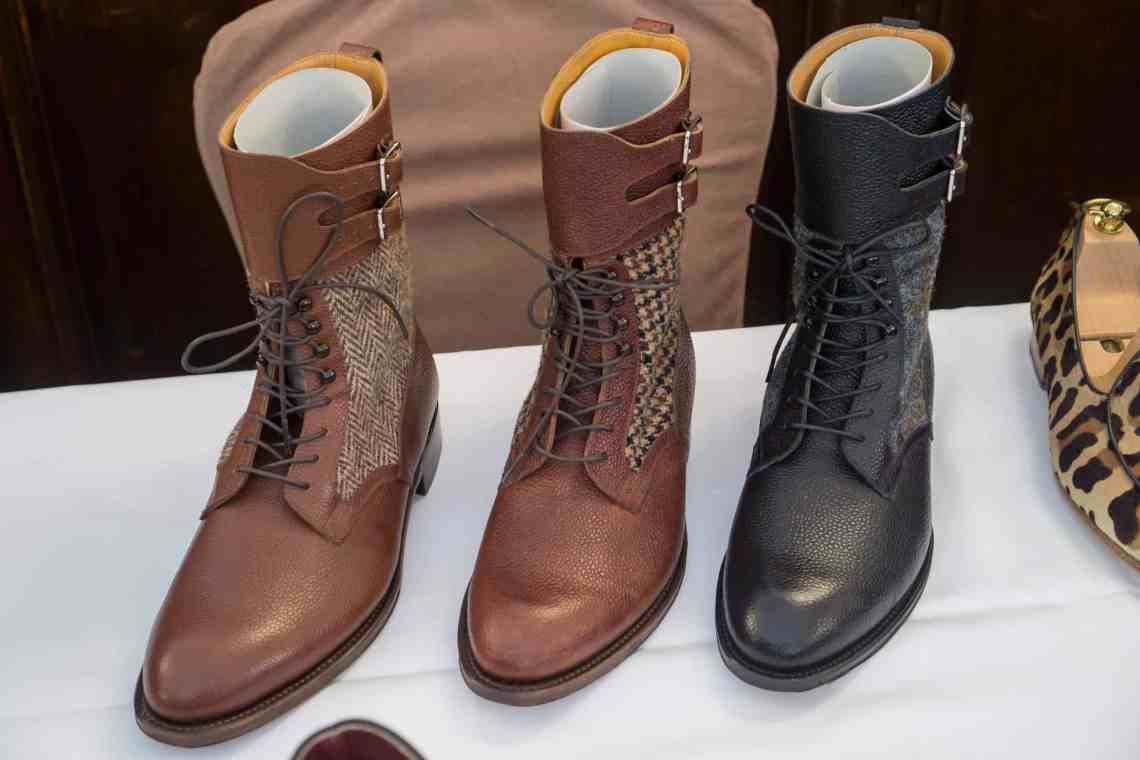 Kanpekina have previously focused on more extravagant models when introduced to European market. A lot of mixes between material, bold colours, and so on. They will keep this to some extent, but now also bring more of what they are known for in Japan, which is more classic models yet modernised and elegant. Kanpekina are Goodyear welted in general, but do have plans to introduce a brand new top range that is hand welted with machine made sole stitch, and a narrow bevelled waist with blind welt that looks more like bespoke than RTW. Leathers are European, a lot from the Italian tanneries Zonta and Ilcea. Price for their regular Goodyear welted range will be around €500, the new top range planned would end up higher. 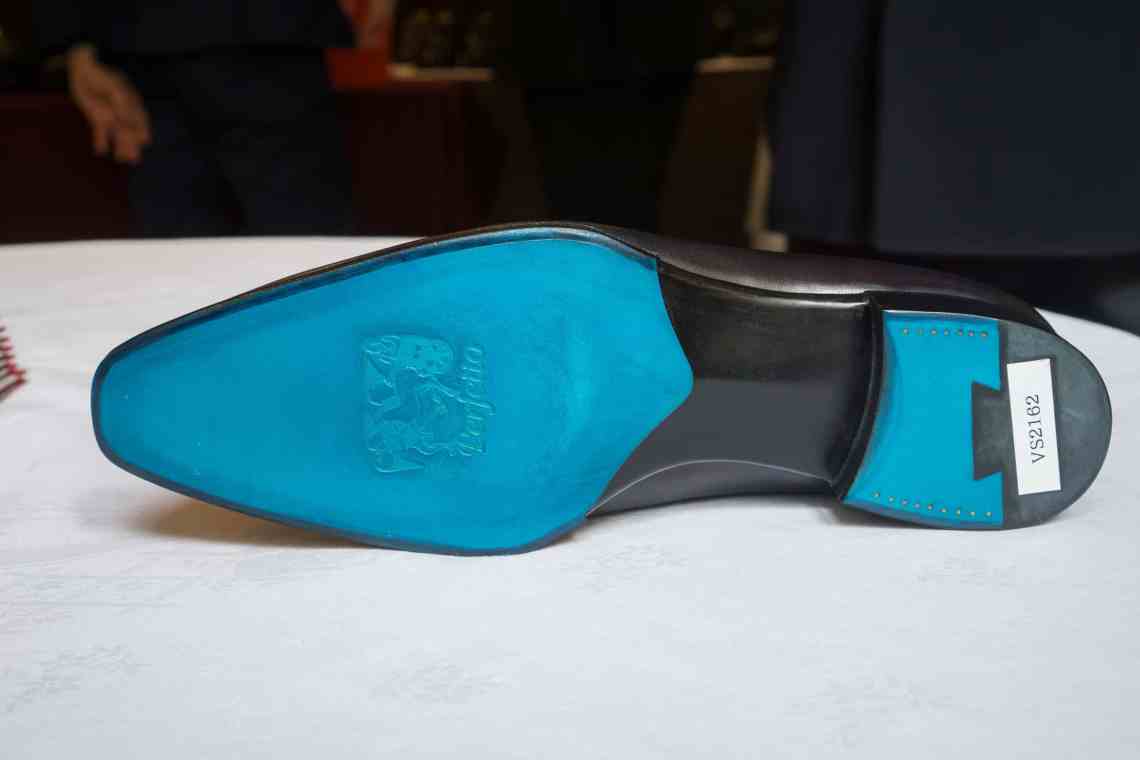 Sole of the new planned premium range from Kanpekina (here with Perfetto brand stamped on sole though). 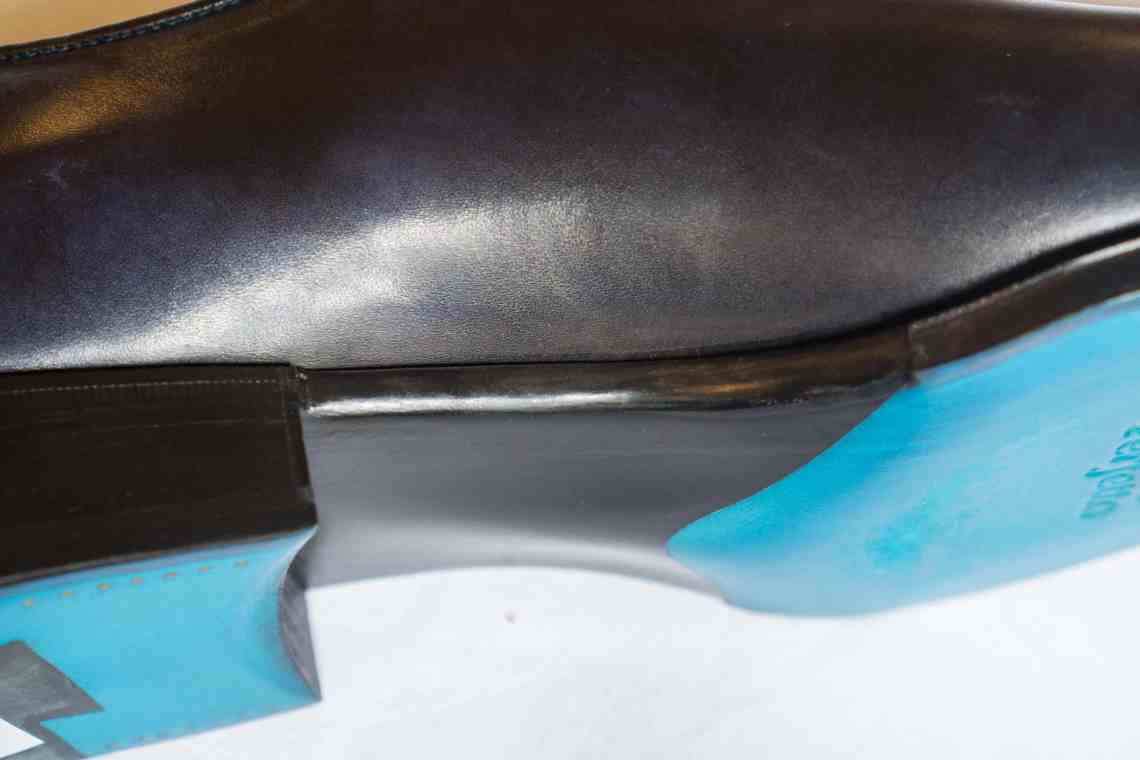 The terrific blind welted waist. Here the sole stitch is placed far in and the welt is covered by the sole.

The last brand is a bit different, it’s Kiten who makes more casual shoes. They are made with a Bologna construction, a sort of moccasin type, which makes really comfortable shoes, and since they have full rubber outsoles cemented on it doesn’t leak any water. A good compromise between comfort and durability, I think. Especially their mountain boots in a smooth, shiny calf leather looks interesting. From the same company also comes a sneaker brand called Spingle Move W who makes vulcanised canvas sneakers. 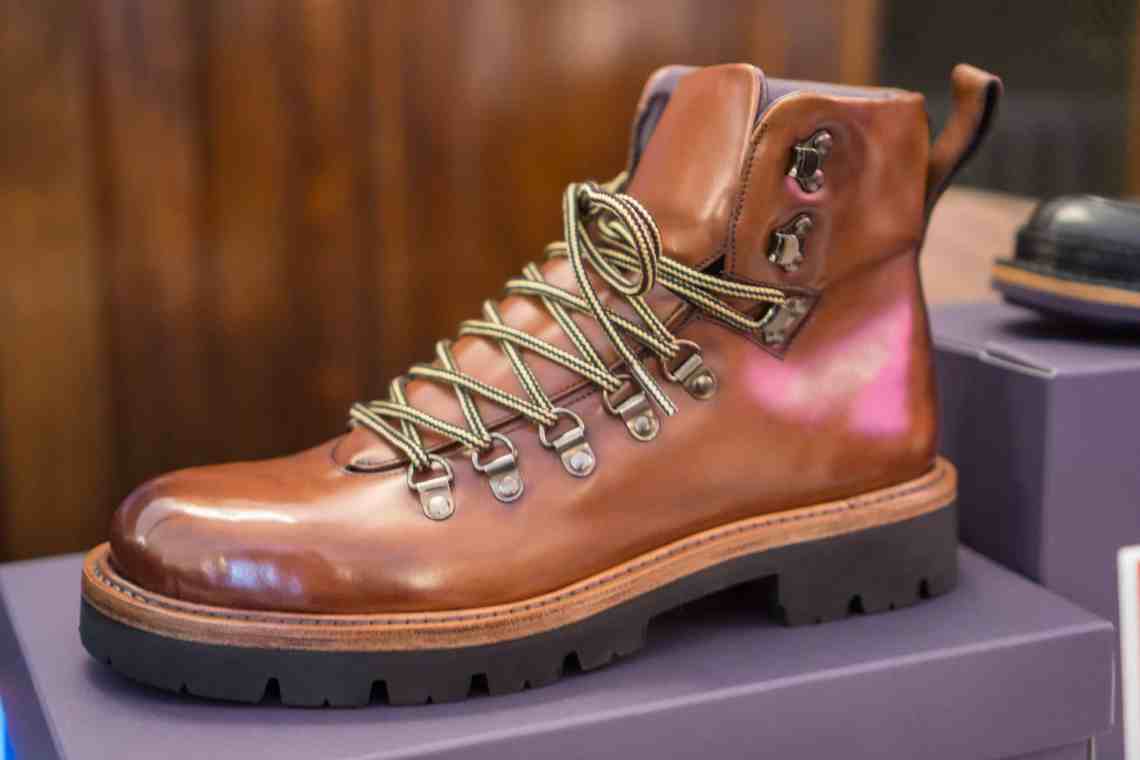 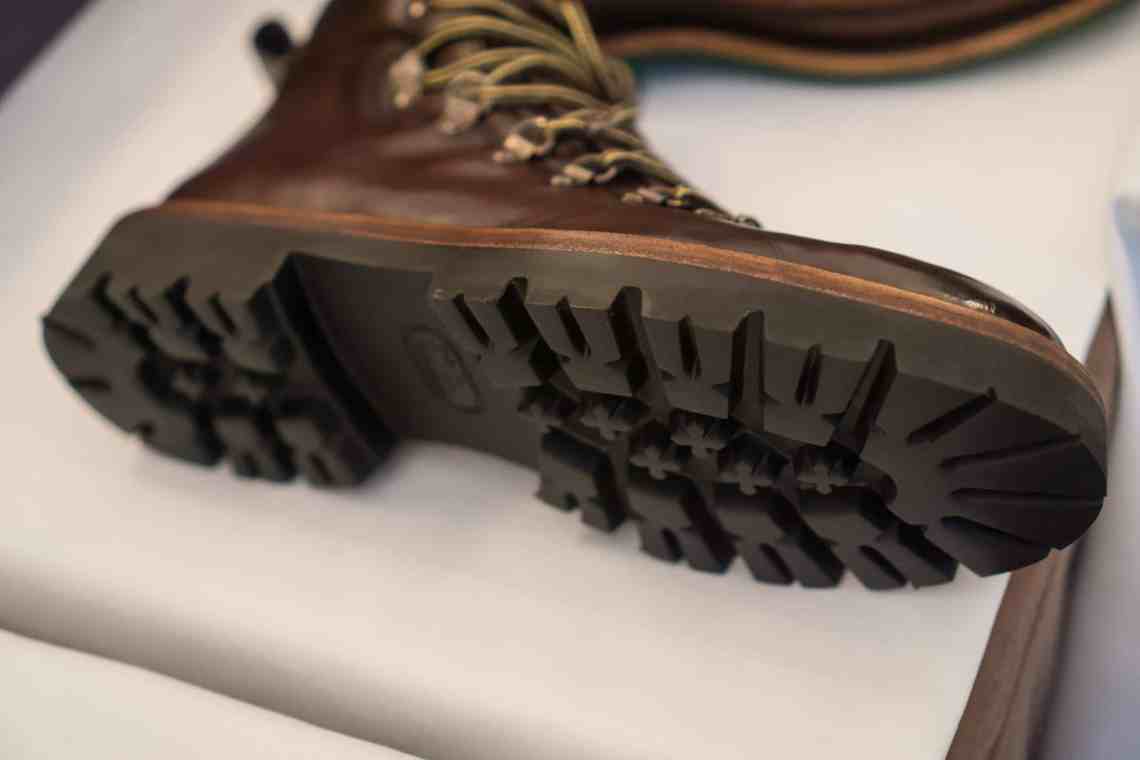 Soles that can take on anything. 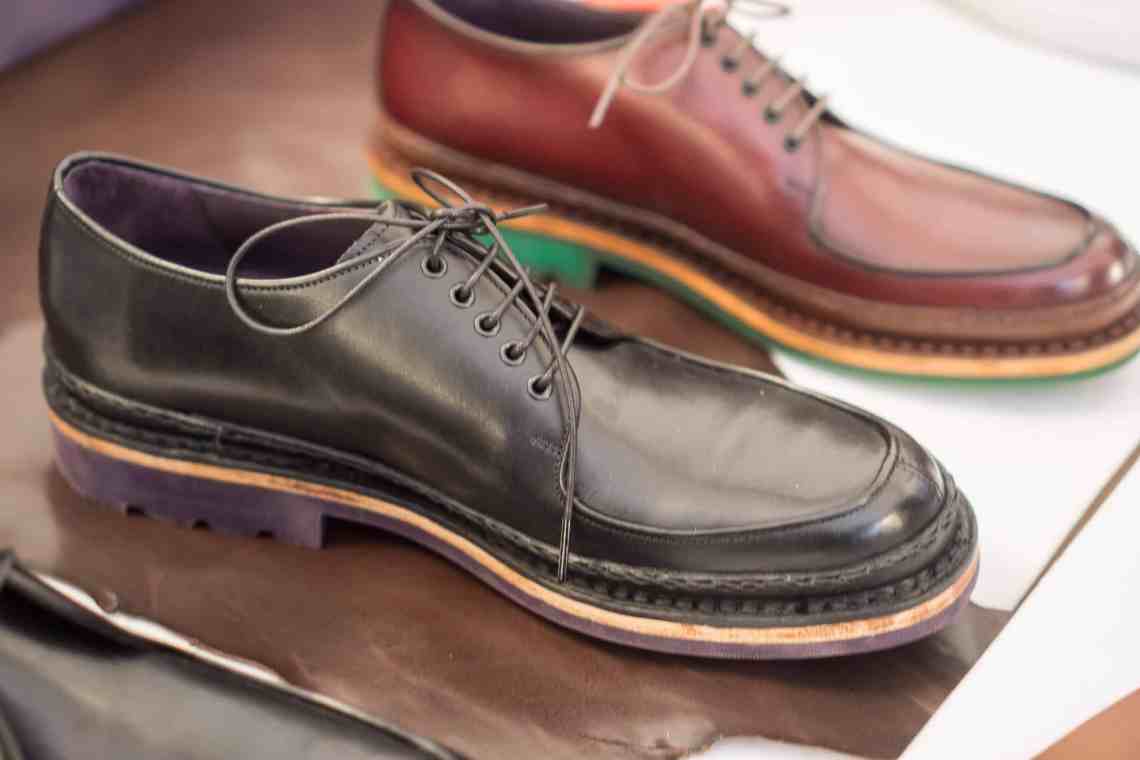 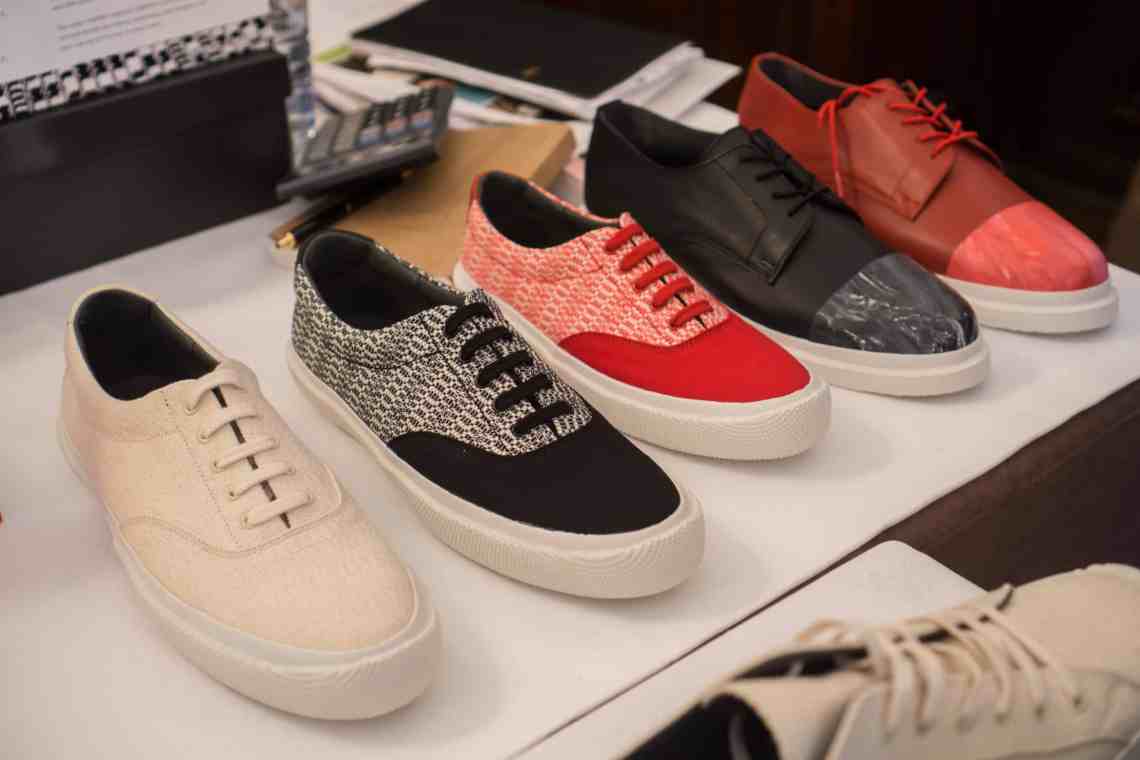 Some of the sneakers from Spingle Move W.

I’m pleased that more people in Europe will be able to get to know some Japanese RTW shoe manufacturers. With their well-organised manufacturing processes you get good shoes for the price when bought domestic, and this will now be available also in Europe when free trade agreement gicks in. The lasts used now are mainly made for Japanese markets, though the brands have chosen to use those that has been working best for western feet, and several of them are looking into developing lasts fully featured for European feet shapes. As said in the beginning, interesting times lie ahead.