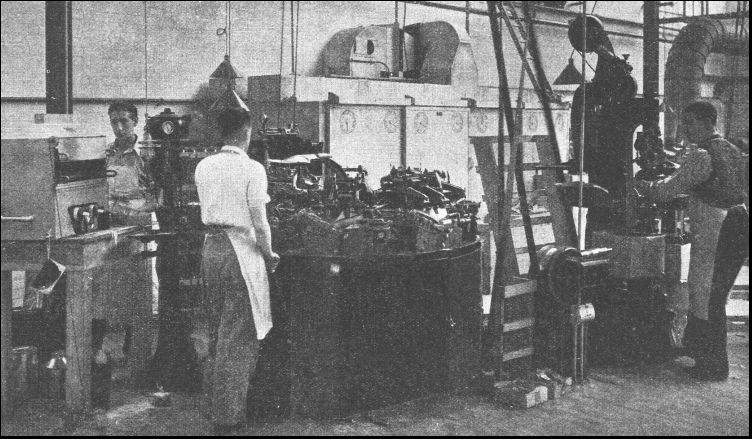 Somewhat interestingly, it is not its inventor who is associated with the construction method, but the person who made it famous. Contrary to the case of the Blake construction, where for most people is the name of the inventor that is synonymous with the method and not McKay who refined it and made the machines available on the market (more on the Blake / McKay construction in a separate history post at a later date). The man who invented the first machine for sewing a welted construction was named August Destouy, and the year was 1862. He managed to patent the method, but then left it to James Hanan of the shoe manufacturer Hanan & Son, an American firm based in Brooklyn, New York. It was a relatively small company that had no immediate financial muscles to take the method of machine stitching shoes to a broader market. James Hanan then courted Charles Goodyear Jr. among others, the son of Charles Goodyear, who accidentally invented vulcanised rubber, the method of making a strong and durable material from natural rubber / latex (it’s said that Goodyear Sr. accidentally put latex treated with sulphur and lead on a hot stove when he discovered, but somewhat controversial and not the version he himself wanted out there). Charles Goodyear Jr. saw the potential in the machine-stitched version of welting, and being a machine expert, he streamlined and improved August Destouy’s work. 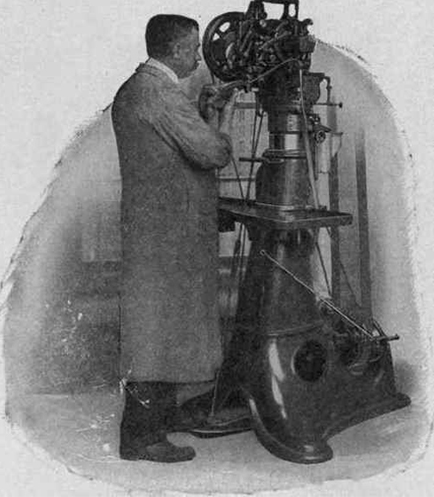 It wasn’t until 1876 that what we henceforth will call the Goodyear machine appeared on the market. The machine could also be used to sew so called turnshoes (read more about turnshoes and how the hand welted construction method derived from this), but of course it was mainly for the welt stitching that it became a success. Towards the turn of the century, the method spread rapidly around the world, replacing hand stitching in more and more places. And in fact, the Goodyear welting machine itself was part of a larger machine park, to efficiently produce welted shoes. The electrification that took place in the late 19th century also played a major role in further streamlining the machines that had previously often been hand or foot operated, or steam powered. This is a patent application from the 1960s for a method of making the Goodyear machine more efficient, including by tightening the upper leather while stitches are being sewn. Here you can get an idea of how a Goodyear machine works in practice. Image: Google Patent images

If we go into how the machine that sews the welt stitching itself works, it can simply described as two arms that are placed on either side of the welt, the upper leather and the gemming (canvas strip that is glued to the back of the insole), and then a chain stitch is sewn. Initially it was thicker leather insoles from which a rather high holdfast were cut and to which the stitch was sewn onto, but it was soon found that it was easier to glue a leather strip (hardly used at all today) or canvas strip to an insole, since it was much quicker and therefore cheaper to make an insole with a separate attachment in the form of a canvas rib, and you could also use cheaper insole material. Nowadays manufacturers use everything from  very thick, good quality real leather insoles to thin shitty paper board insoles, and everything in between. It’s however in a vast majority of the cases of Goodyear welted shoes in the world today do use some sort of full leather insole, thankfully, even if the quality of them still vary.

The main disadvantages of Goodyear welting compared to the hand welted construction are the chain stitch instead of the shoemaker stitch/lock stitch, where the latter locks each seam separately plus is done with very waxed threads, that you have a canvas strip glued to the insole instead of a full leather insole as in hand welted shoes, and that the void that needs to be filled between the insole and outsole is larger on a Goodyear welted shoe. The main advantages of Goodyear welted over hand welted that are usually highlighted are of course the superior efficiency and cost reduction of Goodyear, and the fact that you can sew even and if you want tight stitches that also do not risk messing up the holdfast in the toe area (the critical area when hand welting, since the stitches end up so tight in the sharp bend). The latter is also one of the challenges for those who do machine-made Goodyear welted shoes with real leather insoles today, which has seen a sort of revival in recent years, not only in Italy who has continued doing this also through the 20th century to a larger extent than in other areas of the world. A shoe sewn with Goodyear machine.

The Goodyear machine has, of course, evolved and been refined over the years. The biggest improvement was obviously when the electric machines came along, but there have been other developments that have improved precision and also increased speed. There are a number of manufacturers of Goodyear machines, McKay machines and other shoemaking machines in the world today, and today’s machines are state-of-the-art things that are computer controlled, have touchscreen displays and so on. Today it is the company ESM, European Shoe Machinery Company, which is the world’s largest manufacturer of new Goodyear machines, based in Kettering in Northampton. The former giant British United Shoe Machinery based in Leicester went into a brutal bankruptcy at the turn of the millennium 2000, but fortunately for all the factories that were left with machines from the company, after a number of years out of the ashes some former employees of British United Shoe Macinery started the company Advent Technologies which offers spare parts and service on the former company’s machines. 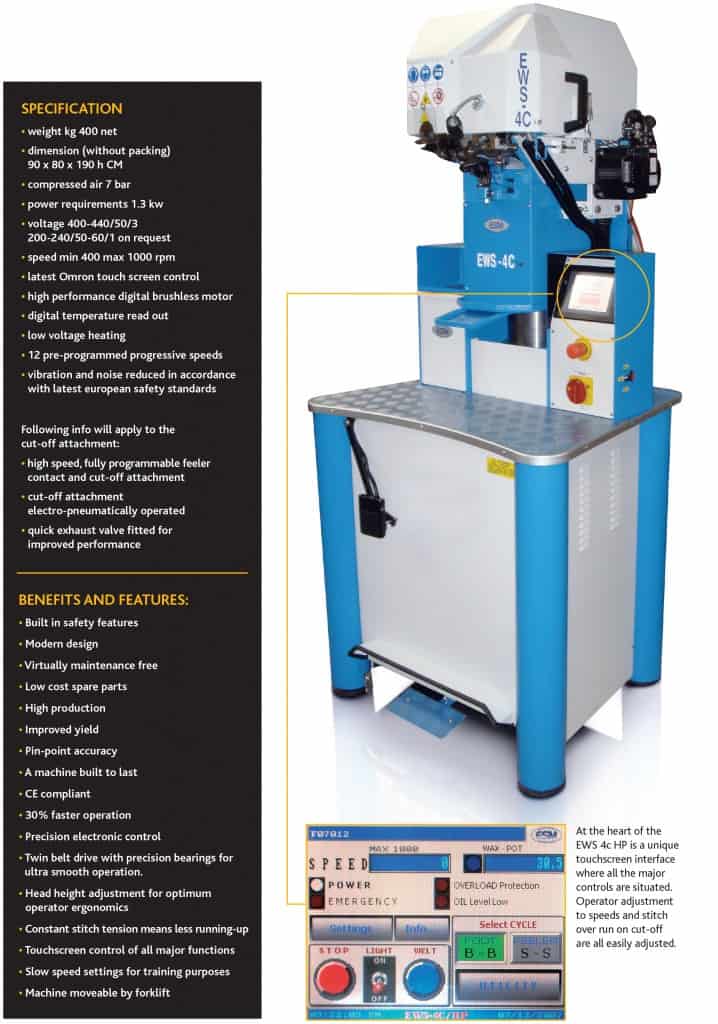